When West Ham stunned the footballing world with the shock signings of Carlos Tevez and Mascherano, they even surprised their own players.

After finishing ninth in their first season back in the Premier League in 2005-06 while also reaching the FA Cup final, the Hammers pulled off a stunning – and highly controversial – coup to sign the Argentina duo from Corinthians.

Speaking on the new episode of our podcast The Broken Metatarsal, former left-back Paul Konchesky recalled the squad’s reaction when Tevez and Mascherano rocked up at West Ham training.

“It was a weird one to be honest,” he says. “We saw it probably like you guys saw it, on the TV coming out at Upton Park with the manager and the board.

“And then we were at training one day and they just came out to train. We had no inkling these boys were coming. I think it was kept quite quiet; nobody knew anything about it.

“When it did finally happen we saw it like the public saw it.”

The latest episode of The Broken Metatarsal is devoted to the craziest transfers of the 2000s, with Tevez and Mascherano’s arrival at West Ham one of the most striking examples.

Neither player lasted beyond a season in East London but Konchesky only has good things to say about the duo, despite the downright bizarre nature of the situation.

“It was difficult because they didn’t speak English,” he said. “You have football banter and do this and that but they’re not really joining in.

“To be fair, Mascherano was really good, he learned English really quick. I think Carlos understood a lot more than he let on. Towards the end he got involved and it was really good.

“They were two fantastic footballers, let’s not be critical about them. The standard when they were on form was unbelievable. It was good to have them around the training ground.” 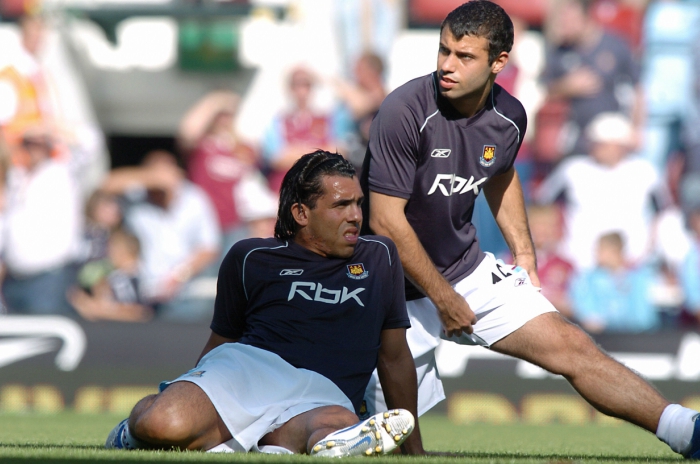 After a slow start to life in England, Tevez ultimately played a huge role in ensuring West Ham avoided relegation.

But Mascherano made just five Premier League appearances before joining Liverpool in the January transfer window, offering little evidence on the pitch of the quality he showed throughout his subsequent career with Liverpool, Barcelona and Argentina.

“You could see he could play, I’m not going to lie,” Konchesky says. “You knew he could play. Maybe it was political that he didn’t play at West Ham because the manager didn’t bring him in.

“You knew he was an Argentina international so he must have something. The career he had was fantastic, you can’t take it away from him. You knew he would play at the highest level, but he went on and did much, much more.”

Listen to the latest episode of The Broken Metatarsal to find out what that’s all about or find us on Audioboom, Apple Podcasts, Spotify, CastBox, Deezer and RadioPublic among other providers, where you can hear plenty more episodes in which we celebrate the best of noughties football.