Leeds United and Aspire Academy: The elephant in the room 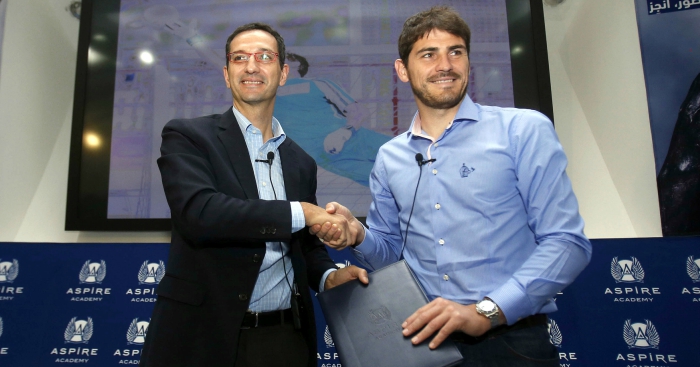 There are a lot of questions surrounding Leeds United’s partnership with the Qatar-based Aspire Academy, but the main one is simple: why?

From the moment Ivan Bravo joined Leeds’ board of directors last April it felt like a matter of when not if the club would become involved with Aspire, a sports academy based in Doha aiming to develop players for the 2022 World Cup.

Bravo had served as Real Madrid’s director of strategy for seven years before becoming Aspire’s director general in 2010. His arrival at Elland Road suggested some kind of link-up was to follow.

It did not take long before Ouasim Bouy, a former Juventus player who Leeds signed on a free transfer in August, was sent on loan to Cultural Leonesa, a Spanish second division side owned by Aspire. But it took until January before a formal partnership was announced between Leeds and Aspire.

The link has been understandably met with an air of caution by a group of supporters who, given their recent history, are quite rightly sceptical at who their club becomes involved with. Little has been made of it elsewhere in the media, however, although journalist Philippe Auclair did express his surprise at the move on The Guardian’s Football Weekly podcast last month.

It does not take much research to understand the wariness of many onlookers. Aspire was a major factor in Qatar being awarded the 2022 World Cup, building a presence in Guatemala, Thailand and Paraguay – three countries which had a member on FIFA Exco, the governing body which decided where the tournament would be hosted.

There have been accusations that in an attempt to build a team for the tournament, Aspire – through the Aspire Football Dreams arm of the organisation – have farmed young players from across the world, in particular Africa, in the hope they will then become naturalised and able to represent Qatar.

Members of the organisation have refuted that suggestion, although Dr Andreas Bleicher told the New York Times: “Could it happen? I suppose maybe some of the players feel like they would want to represent Qatar, because Qatar helped them when their home countries did not.”

What’s in it for Leeds?

Aside from the general murkiness associated with Aspire, one of the main reasons for concern is the fact it still remains unclear how the partnership is meant to benefit Leeds.

Chairman Andrea Radrizzani and managing director Angus Kinnear have both emphasised in recent interviews – with the Yorkshire Evening Post and The Square Ball respectively – that the relationship is purely to give Leeds access to some of the best facilities, coaches and young talent in the world.

Following over a decade outside of the Premier League, Leeds are admittedly having to be dragged into modern times by Radrizzani and co after being left behind in recent years, with a number of decisions jarring with some members of a support which has become understandably hardened with cynicism.

It can hardly get more Modern Football than being part of a network of obscure clubs – Aspire also own KAS Eupen in Belgium and have links with India’s Delhi Dynamos and Ecuadorian outfit Independiente del Valle – in which all arrows point to Qatar, deaths of migrant workers and accusations of hoovering up talent from impoverished countries in Africa.

Amid all these uncomfortable doubts, Leeds also have very little to show for it.

Buoy made two substitute appearances for Cultural Leonesa before returning to Yorkshire in January after his season-long loan was cut short. Even when Leeds recently had a number of players unavailable through injury and suspension, the Dutchman remained firmly out of favour.

Yosuke Ideguchi, by all accounts a talented Japanese midfielder who is expected to play an important role for his country at this summer’s World Cup, is similarly struggling to break into Leonesa’s starting XI – having also been sent to Spain upon signing for Leeds amid confusion surrounding the 21-year-old’s work permit.

Further confusion followed when Eupen claimed to have signed Yuta Toyokawa on loan from Leeds, who were forced to deny they had ever signed the striker from Japanese side Kashima Antlers, with the Belgian club later admitting it was merely a mix-up.

James Montague, however, who spent time at Aspire and Eupen while conducting research for his new book The Billionaires Club: The Unstoppable Rise of Football’s Super-rich Owners does not think the partnership is particularly a negative for Leeds.

In 2004, Montague was in attendance as Aspire Academy was opened by Pele and Diego Maradona, who had been convinced to put their rivalry to one side for the event. “It looked like it was just a glorified gymnasium being opened,” he says.

Speaking over Skype from Serbia, Montague also poured scorn on the idea that there might be any chance of Qatari investment in Leeds.

“The deal will be a mutually beneficial one for sure. It’s clear Leeds will get first pick of any academy products, some of whom have done well in Belgium football. It’s going to be a pipeline for very talented, very young, very raw players from across Africa and Asia in particular.

“The Qataris are very smart with how they get things done, they won’t make demands on Leeds, they won’t insist the players play at certain times, but Leeds will get fantastic facilities when they go to their training camp and then first pick of some talented but raw players. It depends really what level this tie-up is. There seems to be zero appetite in Qatar for a stake in the club.”

While there may after all be a benefit at football level, or at least nothing to lose, the concerns about the moral implications remain. The Aspire Zone, which includes the academy and the 50,000-capacity Khalifa International Stadium, was after all built by migrant workers, hundreds of whom have died due to the dangerous conditions they have been forced to work in.

Montague, however, suggests Leeds’ conscience should be clear.

“It’s not like they’re going to be given money to make a deal with the devil, the Qatar issue is a bit more nuanced than that,” he says. “They’ve had a lot of negative publicity in the British press in particular. Some of it is absolutely fair and some of it isn’t.

“I’ve been reporting on Qatar for the past 13 years now and issues like Kafala and workers’ rights – these all absolutely need to be brought to the fore and they should have been part of the issues when they won the bid in 2010. But they weren’t.

“This is an issue right across the Middle East, in the United Arab Emirates as well, meaning it’s just as much an issue for Manchester City.

“Qatar is in the middle of quite a fundamental reform of its worker rights. Now, that wouldn’t have happened without the World Cup but the feeling I’ve always had from Qatar with my research and interviews there is that it is actually quite a reformist place.

“It’s a far more nuanced state of affairs than what I think people consider. Qatar is a place that’s changing and I think there’s nothing necessarily intrinsically wrong with a hook up with Aspire.”

Leeds fans are no doubt justified in wanting the partnership explicitly explained by both parties, but there is also a chance that the relationship could be more innocent than feared.

If an Aspire-trained player does indeed make an impact at Leeds, Qatar will see that as a big win which validates Aspire ahead of the World Cup. If not, Leeds in the meantime get access to the facilities and expertise currently residing in Doha.

If the main question regarding Leeds’ relationship with Aspire is simply ‘why?’, then perhaps there is still a chance the answer is equally straightforward: why not?