Les Chapman on life as Man C kitman: Schmeichel made me hide his gloves 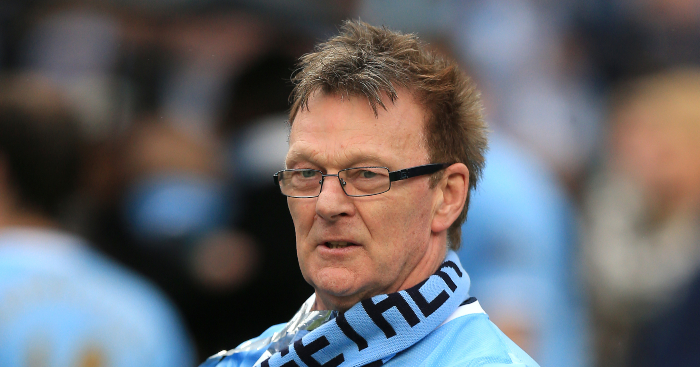 Dressing up as Father Christmas to entertain Antoine Sibierski’s children isn’t a task that many kit men would have performed, but Les Chapman was always willing to go the extra mile at Manchester City.

During the 17 years he spent at the heart of the City dressing room, he was determined to create a positive atmosphere for the players and ensure they felt at home.

“I didn’t look at the job as just supplying them with kit and cleaning their boots,” says Chapman, widely known as Chappy.

“I obviously had to make sure they had every kit requirement that they possibly wanted. That was the first priority.

“But then you try to influence the team and the dressing room with your own personality and characteristics. If you could make them laugh, or do some daft thing to lighten the atmosphere and create that team bonding, that’s vital if you want success.”

Chapman understood the pressures that footballers face, having made over 700 appearances for clubs such as Oldham Athletic, Huddersfield Town and Bradford City during his own Football League career.

His experiences helped him to recognise the importance of generating a camaraderie and togetherness that could survive inevitable fluctuations in mood, fitness and form.

As well as an impressive playing record, Chapman had also managed two of his former clubs, Stockport County and Preston North End, before taking on a coaching role at City in 1993. Following the appointment of Alan Ball, he moved on to Huddersfield, later returning as kit man under Joe Royle. A choice born of necessity became a way of life.

“A kit man’s job was better than no job at all because I had a mortgage and two kids,” he says. “I never really had any great ambitions about being a manager. The coaching I enjoyed, but not particularly the managing.

“As a kit man it puts you back in that dressing room environment, which is the only place to be in a football club.”

The role was certainly different, and not what Chapman had set out to do, but he loved being among the players again. Without the responsibility of assessing performances and picking a team, he could get to know them on a deeper level.

They laughed at his antics and listened to his advice. He was an integral part of the club, fondly thought of by so many.

“Having formed those relationships with so many of the players, it’s satisfying to know that you’re treated as an equal, and as a friend – that you’re trusted,” he says. “For me, personally, that’s a very important part of my life, not just my job as a kit man.”

When Chapman returned to City, the club was heading for relegation to the third tier. By the time he left they were serial winners and one of the emerging powerhouses of world football, utterly transformed by the Abu Dhabi takeover.

Lee Bradbury and Ian Bishop had given way to Sergio Aguero and David Silva. Decaying facilities had been replaced by a state-of-the-art training complex. 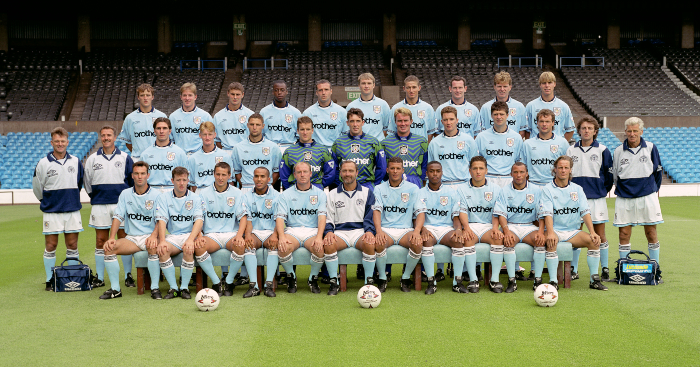 “There’s no comparison whatsoever, really. The atmosphere in the dressing room was fantastic when I first joined, and it has been throughout the whole of my career.

“But physically, the club has changed dramatically. We trained at Platt Lane, which was medieval compared to the training facilities they’ve got now. It’s phenomenal.”

The nature of the City squad changed almost beyond recognition too – its level of fame and wealth skyrocketed, and a more eclectic mix of nationalities arrived – but Chapman remained a constant. He always prided himself on setting a cheerful and welcoming tone for new players.

He was happy to fulfil their requests, including getting Mario Balotelli’s infamous ‘Why always me?’ t-shirt printed ahead of a memorable 6-1 win at Old Trafford.

Chapman’s role stayed largely the same over the years, albeit the amount of kit he was tasked with looking after increased dramatically. One or two pairs of boots per player gradually evolved into nine or 10. A couple of assistants were hired to share the load.

While hundreds of players came and went from City during Chapman’s time at the club, each with their own specific requirements, one stood out above the rest.

“A lot of players have their own little superstitions or idiosyncrasies. But Peter Schmeichel was probably the fussiest. He was great during the week – just normal – but it came to a matchday and he just transformed.

“He’d arrive at the dressing room and give me his match gloves. I had to hide them where nobody could see, or find, them. And then I’d have to produce them at the correct time, which was like 30 or 40 seconds before he went out for the match. He’d have a new kit for the warm-up, a new kit for the first half, and a new kit for the second half.

Chapman eventually stood down as kitman in 2014, following City’s second Premier League title. The constant travelling, for pre-season tours and European games, had become too much and he needed a break from it all.

Although he misses being around the players on a daily basis, Chapman still sees some of them through his work for the club’s media team. It’s not quite the same as the buzz of life in the dressing room, but then, as far as he’s concerned, nothing is.

“I’ve been in professional football for 50-odd years. That dressing room environment – there’s no other place like it in a football club. It’s just being in a team environment, where you’re relying on other people and being together day after day, week after week. It’s just something special.

“I virtually lived at the club for so many years. It was like my family. It was that important to me. It was a major part of my life for so long. The players in the dressing room and the staff are like your family.

“It’s just a brilliant place to be. I had a great relationship with virtually all the players throughout each period, and I miss that every day.”