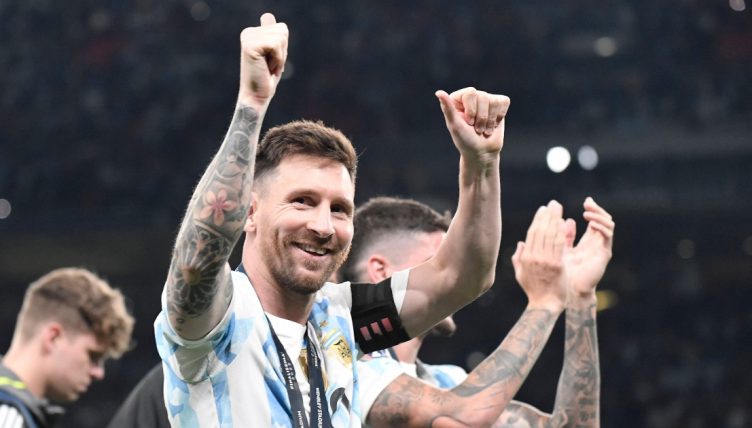 On the eve of Britain’s Platinum Jubilee celebrations, a sell-out crowd are descending upon Wembley to witness their own king in action.

Italy and Argentina are contesting the first Finalissima – an exhibition match between the champions of Europe and South America – in almost 30 years.

It certainly feels more important than your average end-of-season encounter. While it may be lacking in tear gas and Camilla Cabello, the Finalissima does feel like a prestigious occasion.

It doesn’t hurt that Italy and Argentina are two of the most storied nations in world football. From Claudio Gentile’s rigorous man-marking job on Diego Maradona in 1982 to Maradona’s revenge in Naples eight years later, these clashes have gifted us with some indelible memories.

Argentina have never won at Wembley and their fans are here in their thousands. From men in Boca Juniors shirts looking around the Tate Modern to a group from Mendoza tying their country’s flag to Millennium Bridge, they seem determined to make this a memorable experience.

In the end, Argentines outnumbered Italians at Wembley by around two to one, with a healthy smattering of neutrals to boot.

But the vast majority in attendance had one word on their lips: ‘Messi’. And their king didn’t disappoint.

The greatest footballer of his generation, and arguably of all-time, Lionel Messi will be 35 later this month and scored only 11 goals in an underwhelming first season at PSG.

Messi recently explained that his form suffered after contracting Covid in January but there have been numerous hints of decline from his almost non-existent running stats to his bewilderment as PSG shat the bed against Real Madrid in the Champions League.

There’s also something less tangible, a sense that the magic is perhaps beginning to fade. Of course, even a reduced Messi is far superior to almost anybody else, but PSG are basing their future around Kylian Mbappe rather than the Argentina captain.

The relentless march of time stops for no mortal being.

But Messi retains his aura. His presence in the Argentina squad was enough to draw an 87,000 crowd to Wembley on a gorgeous summer evening and, when offered a ticket of my own, I felt obliged to see the great man in the flesh – if only to have a story to bore the grandkids with. 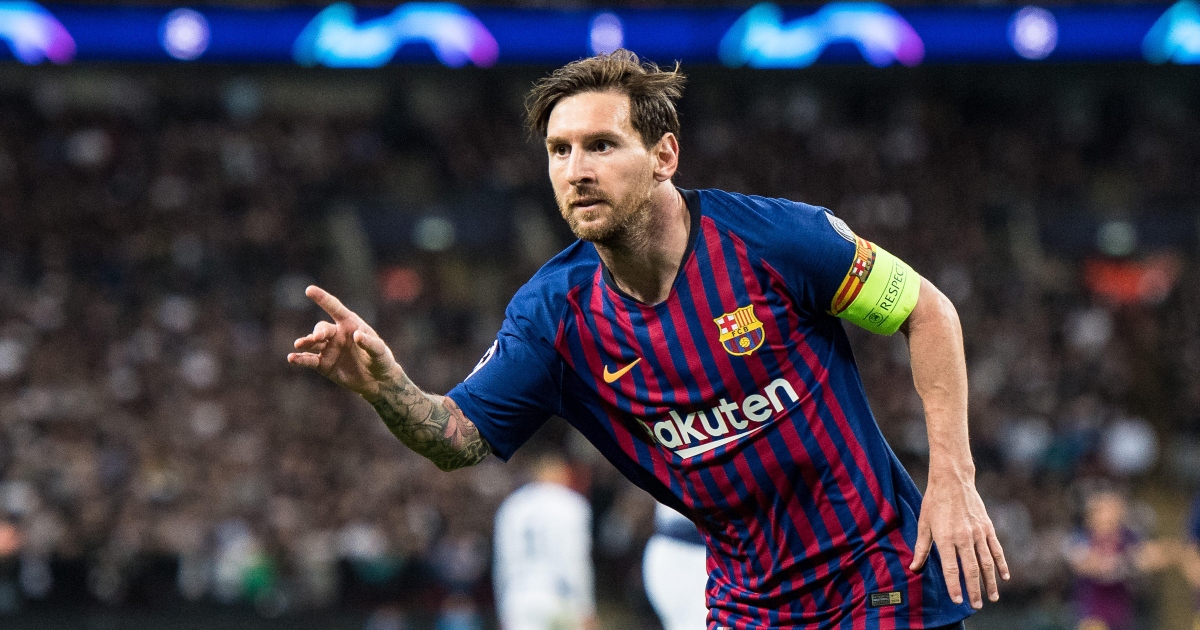 READ: The 3 times Lionel Messi has played at Wembley – and how he’s fared

The shiny new Finalissima trophy is paraded on the pitch before kick-off by the legends Marco Tardelli and Javier Zanetti but the match itself starts fairly slowly as if both sides are walking off the effects of a heavy lunch.

Or, at least, I assume so. Because, for the first 20 minutes of the game, I am stuck in an Uber somewhere in the vicinity of Wembley Stadium. My mate’s banana skin, separated from its contents an hour previously, is visibly decaying as we set up camp on some godforsaken A road.

But, after a mad dash to the turnstiles before ascending on escalators towards the heavens, we’re in. And, like all good showmen, Messi has waited before getting started.

The first glimpse of the great man is classic Lionel; a tidy pirouette before accelerating away from a leaden-footed Italian defender.

Even more typical is his second involvement. Giorgio Chiellini, playing his last ever international, challenges Messi with typical vigour just outside the Argentine penalty area, but the little eel wriggled away from his opponent. Chiellini then fouls him in time-honoured fashion.

Messi had clearly made himself comfortable in the rent-free enclosure of the Italian subconscious and used this to his advantage by creating the first goal.

With determination and no little control, Messi turned Giovanni Di Lorenzo and darted towards the touchline. His magnetic touch allows him to stroke the ball across goal to give Lautaro Martinez the easiest of tap-ins.

Magic from Lionel Messi as he puts it on a plate for Lautaro Martínez to score! 🤩

It was the kind of service not seen outside the nearby Ritz. One-nil. Over half of Wembley has a collective orgasm while I receive a slap in the face from the President of the Messi Fanclub standing next to me.

I have questioned Messi’s status as the GOAT in the past, advancing the claims of Pele and Diego Maradona instead. I’m about to spend the remaining hour becoming acquainted with my own foolishness.

Now the deadlock has been broken, Messi starts to put on an exhibition. His mere presence on the pitch serves to scramble the minds of the Italian defence, allowing Martinez to tee up Angel Di Maria for a silky second goal.

Argentina are a well-oiled machine under the management of Lionel Scaloni and will enter this year’s World Cup as one of the favourites. They have recovered well from their clusterfuck of a campaign in Russia four years ago.

But it’s still Messi that makes them tick. Entering full maestro mode, he torments Italy with a series of flicks and nutmegs that draw whoops from the Wembley crowd.

His party piece was still to come. As Jorginho trundled with the ball deep in the Argentina half, Messi dispossessed him with the skill of a Victorian pickpocket before motoring away.

The Italian defence, which could be seen visibly shaking from the top tier of Wembley Stadium, backs away. Leonardo Bonucci outstretches a panicked arm towards a team-mate while doing everything possible to avoid his own direct confrontation with Messi.

After subjecting the Italians to their biggest retreat since the Battle of Caporetto, the PSG man elects to shoot but his shot is nervously beaten away by Gianluigi Donnarumma.

In truth, Messi spent the last third of the game seeking the goal his performance richly deserved. Had he dedicated himself to setting up his team-mates, as he did for Paolo Dybala’s late strike, Argentina would have won by at least six goals.

But it didn’t matter. Despite not finding the net himself, Messi’s solo run and shot sent a wave of electricity through the stadium. People around me rise to their feet and bow in awe, the name of Argentina’s captain filling the night sky with religious fervour.

And it does so again, as the masses wait on Wembley Way for the trains that will take them to their night’s rest.

To Messi and Argentina, the glory of a 3-0 victory and a second international trophy in 12 months. For me, and 87,000 others, the privilege of watching a genius at work.

Forget the Jubilee, Wembley Stadium was the only place in London this week to catch a glimpse of royalty.