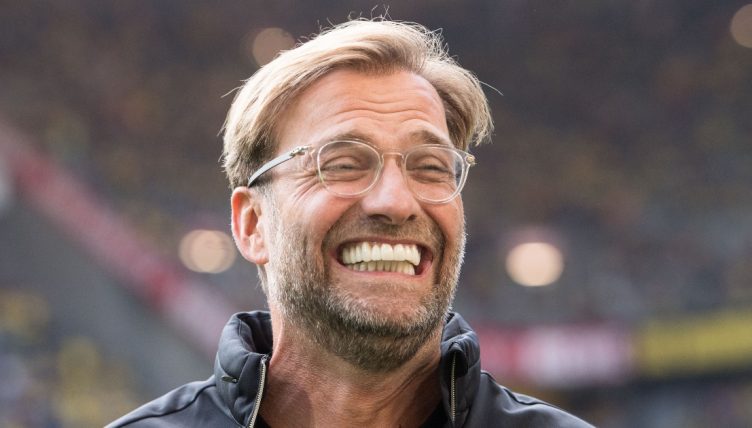 Modern human beings react to the introduction of a new virtual meetings platform at work in the same way our ancient ancestors would have reacted to seeing a sabre-toothed tiger.

It’s quite pathetic when you consider it like that. But we’re hardwired to be stubborn. Change, any change, activates the amygdala, the part of our brain that controls our emotional responses and governs our fight-or-flight instinct.

Experiments have shown that when offered a new, easier path to a guaranteed reward, humans will stick with an older, tried and trusted route even if it’s harder and takes longer. Other primates, like chimpanzees and baboons, will change their behaviour when presented with the same choice. But not us.

Essentially, this is because we interpret change as a threat to our continued existence. What we’ve done has kept us alive so far, so why change now?

Why change? Well, Jurgen Klopp’s Liverpool are showing us why.

Back to change itself for a second, though, and to a football change specifically.

When video assistant referees and their multitude of screens were introduced, it was inevitable they’d elicit an angry, defensive response. Not because they were inherently bad – no judgement will be made on that here – but because of our instinct to resist.

VAR is to the football stakeholder what sabre-toothed tigers were to early humans. And in the first season the new technology was introduced in England, Real Football Men™ on our TV screens grumbled and groaned, fans sang songs of defiance, and managers and players made their negative feelings abundantly clear.

But while most of English football was indulging in a good moan, one man on Merseyside was busy scheming. In fact, he’d been busy scheming long before it VAR had reached English shores. 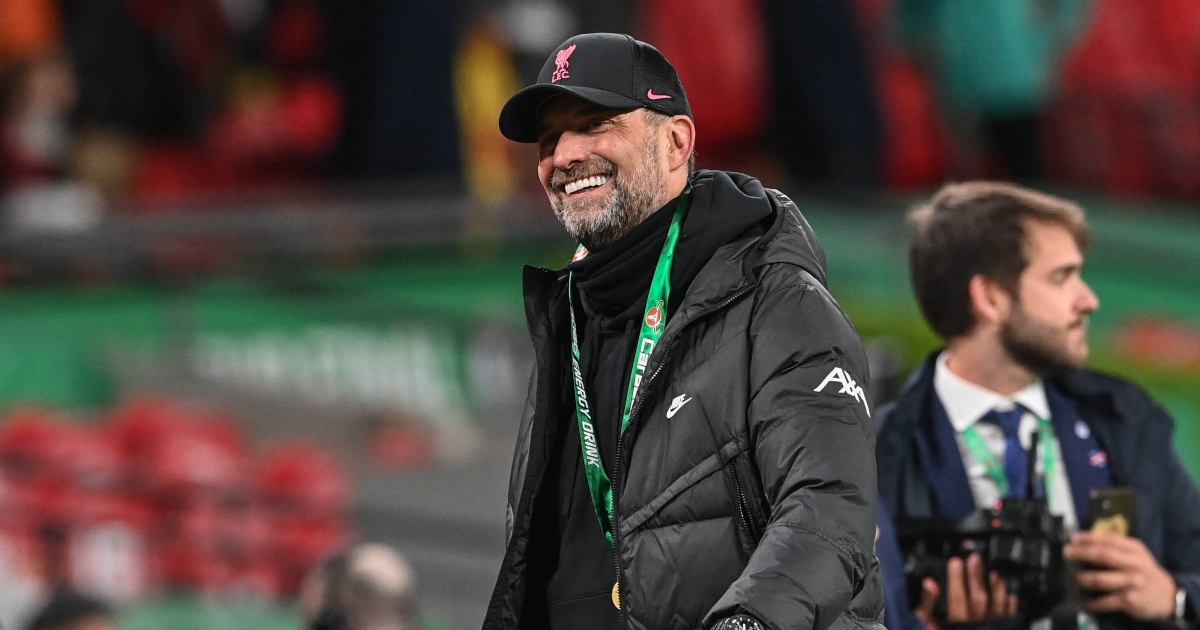 Like with most things, the English were late adopters of this particular technology. As a result, Klopp had seen VAR in action in his native Germany’s top flight a full two years prior to its 2019 arrival in the Premier League.

He’d seen the decisions made and he’d probably heard his compatriots complaining about how long it took and the other imperfections. But he’d come to a conclusion: VAR’s here, it ain’t going away, and if it’s here then I’ll at least use it to my advantage.

Rather than complain, Klopp adapted. And the adaptation he made was at its most obvious in the 2022 League Cup final against Chelsea at Wembley.

In 120 minutes, Chelsea were caught offside seven times, four of which were in the 30 minutes of extra time.

On at least two of those occasions, Chelsea went on to spurn presentable opportunities. On one, Romelu Lukaku had the ball in the net. It gives the impression of a leaky backline. But with the safety net of VAR, pushing up an extra few yards has become a risk well worth taking.

Dermot Gallagher on Romelu Lukaku's goal against Liverpool that was disallowed for an offside#RefWatch pic.twitter.com/TBSNrdKQkA

Since 2019, rather than relying on the split-second decision-making of an assistant referee who is trying to look in two directions at once while keeping up with some of the fittest athletes on the planet, offside has been monitored by a replay with computer-imposed lines to find the finest of infractions.

Klopp has gone on record to say that he thinks the way VAR is used in offside calls should be altered to favour the attacking team more. But whether Klopp likes VAR’s effect on offside or not is irrelevant. He has merely dealt with the reality of the situation – and dealt with it better than anyone else.

The results are visible both to the naked eye – as they were against Chelsea – and in the numbers.

Across the three seasons prior to VAR’s introduction in the Premier League, Liverpool caught their opponents offside an average of 2.9 times per game. In none of those seasons was their offside trap the most effective in the division.

But the 2019-20 season – the campaign in which VAR arrived and Liverpool won the league for the first time in 30 years – the number of offsides per game for Liverpool’s opponents jumped to 3.7, an increase of around 30%.

In 2020-21, that number dropped off again, which is instructive. The high line only works with the right personnel and Virgil van Dijk spent most of that campaign out injured.

But in 2021-22, with Van Dijk back in the side and Alisson back to his sweeper-‘keeper best, Liverpool have been back at it. In fact, they’ve gone even further. In the 27 games so far this season, they’ve caught their opponents in an offside position 4.1 times per match.

For context, the next most prolific offside trap is Manchester City’s. Pep Guardiola’s men catch their opponents offside just 2.5 times per 90.

Much has been made of Liverpool’s high line this season, some pundits picking it apart as if it were an issue. In the game against Burnley in January, the Clarets had four apparently clear-cut chances that arose from balls in behind the Liverpool defence, for which the Reds were criticised on Match of the Day 2.

“Shocking defending,” Jermaine Jenas said. “Liverpool play such a high line. At times I feel they should have had it much more simple.”

But at least two of those supposed chances were clearly offside. The assistants did not flag in real time, but VAR would doubtless have picked them up.

Klopp had already spoken of the distorting effect those offside ‘chances’ have on viewers before Jenas’ assessment.

“I think it felt that they had more moments than they actually had, because of the late offside flag,” he told reporters.

“There were a lot of situations where we defended them really well then the flag came late, or if Ali made a save, he didn’t even put the flag up anymore.

“So it looked really crazy. But that’s the way it is.”

Klopp’s players are also 100% on board with the high line. When Fabinho was questioned about those same ‘chances’ after the Burnley game, his puzzled reaction said everything that needed saying.

Klopp’s insistence on the high line and offside trap is not entirely new, nor has it come from nowhere. He did it with Mainz and Borussia Dortmund and he did it to an extent at Liverpool before VAR’s introduction, influenced by the great AC Milan coach Arrigo Sacchi.

In 2020, Klopp told Italian channel Rai that “the things [Sacchi] did with his AC Milan, those things were implemented in our team. When I became coach, I didn’t have time to look left or right but the basis of everything I do is what Arrigo did.”

That may be true, and Sacchi’s Milan were well known for the efficiency of their offside trap. But new technology has allowed Klopp to take Sacchi’s ideals to another level – or at least another five yards closer to the halfway line.

The benefits are not just in the offsides themselves, either. With a higher defensive line, Liverpool’s midfielders and attackers can also move up, squeezing the space in which opponents can play.

As Martin Keown said when praising Liverpool’s defensive work earlier this season: “If a ball over the top is played, they will tend to hold their position. It takes bravery. But if you trust each other, there are so many benefits to this system.”

Maybe there’s a lesson there for us all. Be more like Klopp. Be more like a baboon. Play a high defensive line. Embrace change. Progress.