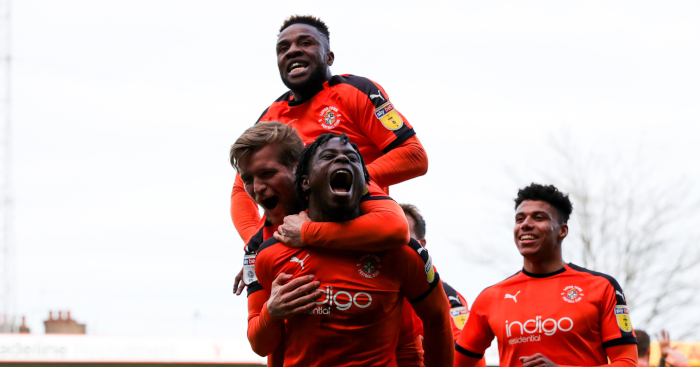 The date of July 10, 2008 will forever be etched into the soul of Luton Town supporters.

That was the day Football League chiefs confirmed they would impose a further 20-point penalty on Luton, just a few weeks after an initial 10-point penalty had ensured the Hatters would be relegated to the bottom tier of England’s professional football ladder.

While the club had been found guilty of misconduct for paying agents via a third party, the scale of the punishment was clearly designed to shock clubs into similar transgressions, leaving Luton to feel they were the victims of a radical over-sentencing that condemned them to non-league football and a long battle to regain their pride.

Now, 11 years later, the club that was relegated from the top division of English football the year before the Premier League began in 1992 have completed their comeback to the second tier by securing promotion to the Championship.

This is a truly remarkable sporting success story, initially masterminded by manager Nathan Jones before he moved to Stoke City in January and then completed by club legend Mick Harford, who took on the challenge as caretaker manager and guided the club over the promotion finishing line.

League One favourites Portsmouth and Sunderland were eventually seen off in a season that saw Luton piece together an incredible 28-game unbeaten run that stretched from October to April, as Harford successfully maintained the momentum built by Jones after he led the club to promotion from League Two last season. 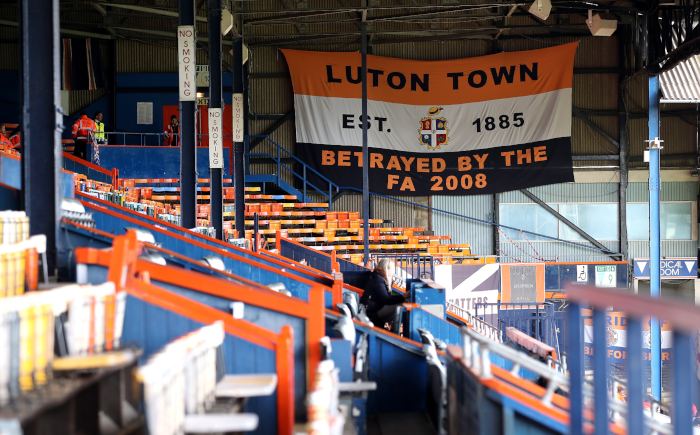 With a new stadium on the horizon and a fresh-faced manager in former Everton and Belgium coach Graeme Jones taking over from Harford to steer Luton’s Championship push, Hatters chief executive Gary Sweet believes their revival cannot stop here, and he has ambitious plans for the future.

“It was not just a dream that we would be back in the Championship and eventually pushing to return to the Premier League when we took over the club 11 years ago,” says the Luton fanatic, whose passion for his club is highlighted by an orange watch strap that matches the club’s home colours.

“We knew this would happen. We are determined people, ambitious people. We might not have the money to buy our way to the top, but it was our plan when we came together as a consortium in 2008 was that we would climb back up the league.

“Despite me stating those ambitions, what we have achieved has been fantastic. I feel honoured to be in this role at a time when the club has achieved so much. I’ve been a fan all my life and that never leaves you, but we also need to keep our feet on the ground and look forward to what will be a massive challenge in the Championship.

“Fifth from bottom would have been acceptable for me this season after our promotion a year ago, but we knew that we had recruited some very good players that would serve us well in League One.

“Now all our thoughts are already focused on what we need to do to stay in the Championship and once again, our first ambition for next season is to stay in the league and build from there.”

This is not just a feel-good football story as the rise of Luton is also a wonderful lift for a town so often belittled and ridiculed by those looking on from the outside.

So many towns across the UK have similar DNA to Luton, with an inflated migrant population mixing happily with those who have been born and raised in the Bedfordshire outpost that sits just a brief drive from Harpenden and St Albans, two areas often voted among England’s top 10 desirable locations to live.

Yet when UK television networks look to serve up a news story or documentary focusing on a deprived town, Luton tends to be at the top of their list to send a TV crew.

Amid the negativity Luton struggles to shed, the town’s football club remains a source of huge pride for a loyal supporter base that has stood by their team despite the troubles of the last decade.

Harford was already a Hatters hero before his triumphant spell as caretaker manager and while he deserves to take the plaudits flowing his way after his promotion success, he insists that this is a success story built on a collective effort. 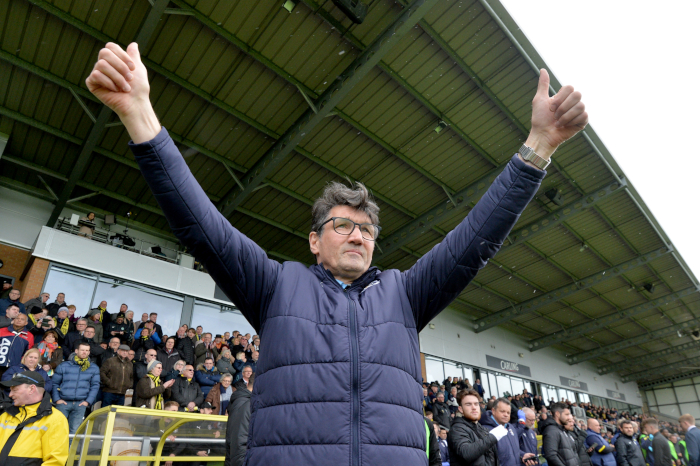 “I am so proud to have been in this position to take the club back into the Championship,” he says. “Back-to-back promotions is an incredible achievement and every section of this club has contributed to that.

“Luton Town is built from the top and the people at the top at the moment are exceptional. They have helped to get us into this position and every manager that has worked under them have been backed to the hilt.

“My affinity to this club makes what we have all achieved as a group so special and my job now will be to go back to my previous role of player recruitment and trying to get the team ready for the Championship, which will not be an easy task.

“I will work with the new manager Graeme Jones and while I will miss aspects of the job I have been doing for the last few months, I really, really understand now why managers get paid so much money because I have seen what they have to go through. It’s a really tough job with everything you have to go through these days.”

Few clubs have been through as much as Luton Town and emerged with such a bright future, with the next chapter of this story potentially even more compelling than the first phase of the regeneration.

If this unbreakable club can get into their new 17,500-seater stadium and earn promotion to the Premier League, a wonderful sporting comeback will have its fairy tale ending.

Good news stories can still come out of Luton after all.