Virgil van Dijk became a £75million player when he joined Liverpool from Southampon in January 2018 – and it came as no surprise to his old Groningen team-mates.

After standing out while playing for Celtic in the Scottish Premiership and then standing out again after making the move to Southampton in 2015, it was inevitable Van Dijk would get a big move.

That said, it’s unlikely any Groningen fan would have predicted Van Dijk would go on to become the world’s most expensive defender when he made his first appearances in the Eredivisie in 2011…

“At the beginning of his time in the first team we actually used him as a striker, first and foremost, especially at the end of games when we were looking for a goal,” Tim Sparv, who was with Van Dijk at Groningen, says.

“We’d put Virgil on for the last 10, 15, 20 minutes and he would cause havoc among the opponents.

“He was quite effective. He did a great job for us as he was just so powerful and strong, allowing him to hold the ball up.

“He was also good with the ball at his feet so he was a useful weapon when we needed him.” 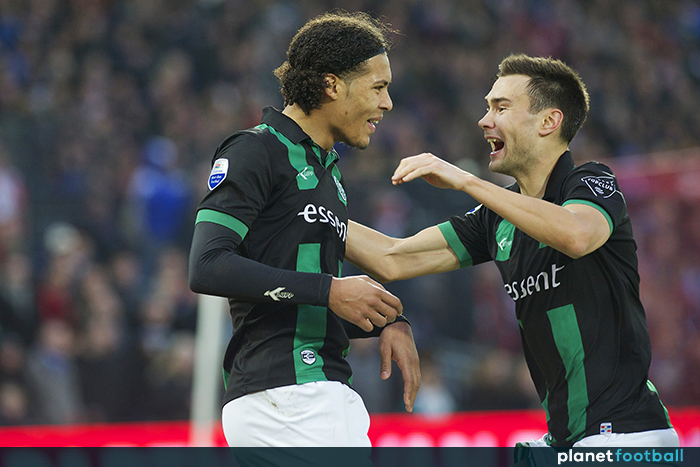 It was not long, of course, before Van Dijk was integrated into the back four. Once there, he didn’t look back.

“As a person he was calm and laid back but very confident,” Sparv, now at FC Midtjylland, says. “If you didn’t know him you could maybe get the sense he was arrogant. I think he was just a very, very laid-back person.

“Defensively he was very strong, he would win 90 per cent of his headers. He was also quite quick so even if he made a slight mistake, he could just use his speed to cover himself.

“Tactically he would struggle at times, but that’s normal for a young guy just coming through. But he was definitely solid defensively one against one, and he was physical like you can see now.

Putting the work in

“Maybe at times it was just a little too easy for him, so maybe he didn’t need to do anything extra, but we had a group that would do some extra physical work in the afternoon.

“In the beginning he wasn’t part of that group, it was just for the ones who wanted to do it, but after a while he was also there and would be there every time.

“He understood that he had to make some sacrifices and do the extra work, as it won’t be that easy in the future if he wants to make it at a higher level.”

READ: Can statistics be used to identity and analyse defenders? Scout explains…

There was a specific moment for Sparv when he knew Van Dijk was destined for greatness. It wasn’t a last-ditch tackle or a cunning piece of defensive work but a pass, a sign of what his team-mate could offer.

“I think we had Feyenoord at home – we won 6-1 or something – and in the first or second minute, he hit the ball from the centre of defence out on the half-volley to the left winger with perfect technique.

“He didn’t even think about it, he just did it, and that was a moment for me when I knew he was set for great things.”

Van Dijk did not, however, immediately come across as a leader to Sparv.

“Not in the beginning, he was more concerned about his own development,” Sparv says. “I didn’t see him having those qualities.

Eventually Van Dijk outgrew Groningen, and Sparv believes he made the right choice in joining Celtic to hone his skills as a defender.

“I think he maybe could have gone to a better club in Holland, but Celtic was a decent option. When taking those steps, I think it is important to not take too big a step from one club to another, which makes it difficult to adjust.

“He showed at Celtic that he grew into the leadership role more and more, he got to play all the time, he got success, winning the league and playing in Europe – that experience has definitely helped him.

“When I look at Virgil now, I still see the same type of guy, but he’s improved in every area, he’s a leader for sure. 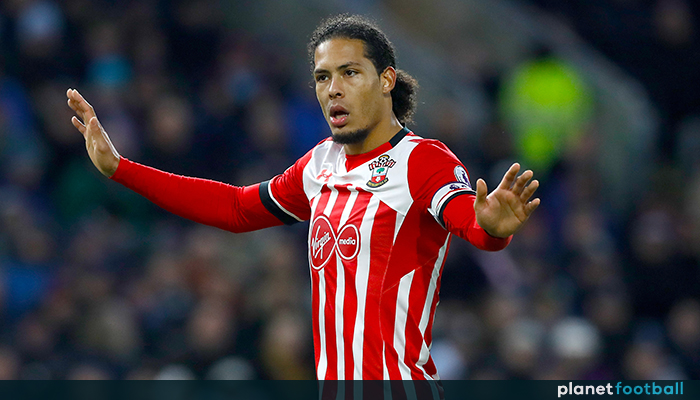 “When we were first together at Groningen he wasn’t that type of leader, but he had the potential, and now he’s definitely realising that potential and he’s thinking more about the team than himself.

“You can see from his body language that to have that type of central defender in the team, that oozes confidence and control, it gives stability to the whole team.”

Sadly for Sparv, it does not appear that the team he supports, Manchester United, are interested in signing Van Dijk, but he believes his old team-mate is right to be looking for the next step in his career.