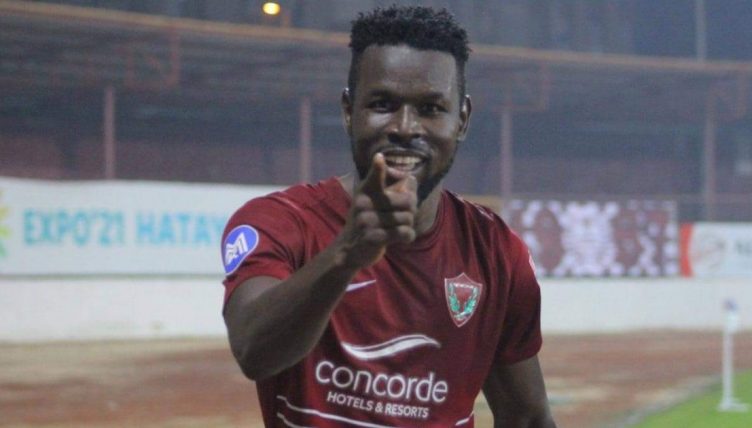 In the Premier League, Mame Biram Diouf was a hardworking player who sometimes lacked composure. In Turkey, at the age of 33, he’s a goal machine.

A little over three years ago, it looked like Mame Biram Diouf would never score again.

With just four games left of the 2017–18 Premier League season, Diouf’s Stoke City were five points from safety and needed their forwards to start delivering the goods. And fast.

On 22 April, in a home tie against Burnley, they had a great chance to do so.

Stoke went ahead in the 11th minute, Diouf providing the assist, and when the Senegalese found himself unmarked in front of goal not long after, the three points were there for the taking.

Except Diouf forgot to kick the ball.

Making the barest contact with Moritz Bauer’s cross, Diouf completely squandered the opportunity — to the disbelief of the home support.

“It probably looked as bad from where you were sitting as it did from where I was standing,” admitted manager Paul Lambert. “He never made any decision about whether to go for a shot or whether to control it, and he got caught in between.”

Burnley equalised in the second half, and Stoke’s relegation was confirmed two weeks later.

After that miss, Diouf wouldn’t score a goal for Stoke for 580 days. And the duck-breaking goal — a dramatic late winner against Wigan — was his only return across two difficult seasons in the Championship.

When Diouf finally left England in July 2020, he was a 32-year-old non-scoring forward whose primary trump card was a willingness to run around and occasionally deputise at wing-back.

At that point, few would have expected him to become one of the most reliable goalscorers on the continent.

Fast-forward to today, and 33-year-old Diouf is no longer getting “caught in between” when crosses come his way.

In fact, these days you’d be surprised if he goes a game without scoring — let alone an entire season, as he did in 2018–19.

Because at Turkish Super Lig side Hatayspor, Diouf has been reborn.

Last season, Hatayspor’s first ever campaign in the top division, the veteran scored 19 goals in 38 games, taking the newcomers to an unexpected sixth-place finish.

It was Diouf’s best overall goalscoring return since 2009 (when he caught the attention of Sir Alex Ferguson while playing in Norway) and the best league tally of his career full stop.

Part of the reason for Diouf’s renaissance, it would seem, is consistency. At Stoke, he always put in a shift, but that work rate sometimes led managers to play him out wide or even at wing-back. When he returned to the centre-forward position, he could appear lost.

At Hatayspor, things have been different. From day one, the Senegalese has played as a centre-forward. Not once has he been pushed out wide, and it would take a real emergency to see him in defence.

And that consistency has reaped rewards. Diouf took three games to score his first goal in Turkey, and since then has scored roughly every two games.

Headers. Tap-ins. Penalties. The striker isn’t scoring many wondergoals (like his solo run against Man City in 2014) but he’s clearly a striker full of confidence.

To see that confidence in full flow, just watch his Zlatanesque second goal in the 5-1 rout of defending champions Basaksehir back in January. Diouf takes the ball out of the sky with an incredible first touch, plays a classy one-two and beats his marker to score.

This summer, Super Lig champions Besiktas tried to poach Diouf. Seeing how many goals he scored with a newly promoted side, they must have been salivating at the thought of him playing in front of their own elite midfield.

But Hatayspor rebuffed the offer. Furthermore, they made the 33-year-old their new captain.

“Mame Diouf is both a good striker and an exemplary athlete,” said Lutfu Savas, honorary president of the club and mayor of the Hatay municipality.

Fortunately for everyone involved, the added responsibility of captaincy hasn’t affected Diouf’s eye for goal. In September, the striker scored headers in three consecutive games, and his tally for the current season is now four in seven.

It’s been a turn of events that not even the most appreciate Stoke fan would have foreseen: Diouf is captaining his team, challenging for top scorer and even pushing for European qualification.

But the rejuvenation of Mame Diouf is evidence of what confidence and consistency can do for a player.

Some might argue that the Turkish Super Lig isn’t particularly competitive, but it’s worth noting that Diouf scored just once in 703 minutes in the English second tier and now scores once every 166 minutes in the Turkish top flight. This is about more than just the opponent.

There is one thing we should worry about though: Diouf’s bountiful goalscoring seems to have made him wary of doing a backflip every time he finds the net.

Although the 33-year-old took flight several times last season, his most recent goal was followed by a new celebration that can only be described as ‘holding his hip like a very old man’: more suitable for a player of Diouf’s seniority, but arguably less beautiful.