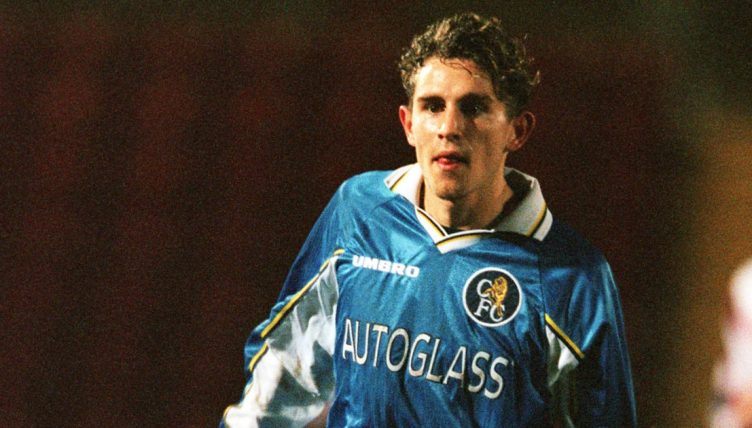 When Nick Crittenden was named man of the match after his Chelsea debut, it’s unlikely anyone would have predicted the way his career would have turned out.

Crittenden was handed his first-team debut by Ruud Gullit in a League Cup clash with Southampton at Stamford Bridge in November 1997, a week after celebrating his 19th birthday.

He played the full 90 minutes and impressed, but in a familiar tale of a young player at a big club, two more substitute appearances in the Premier League proved to be the sum total of Crittenden’s time at Stamford Bridge.

He went on to play over 650 appearances in his career, helping Yeovil Town gain promotion to the Football League in 2003, and is now the Glovers’ accountant, but he still has fond and vivid memories of that one start for Chelsea, some 20 years on.

“Graham Rix, who was the assistant manager and had coached me in the youth team, always put the reserve team list up on a Monday for that night’s match,” Crittenden says.

“This one Monday I looked at the list and thought it was strange because my name wasn’t on it. Graham came up to me and whispered in my ear that I was playing on Wednesday instead.

“I thought, ‘What’s happening on Wednesday?’ and then I realised. I had two days to get my head around it.” 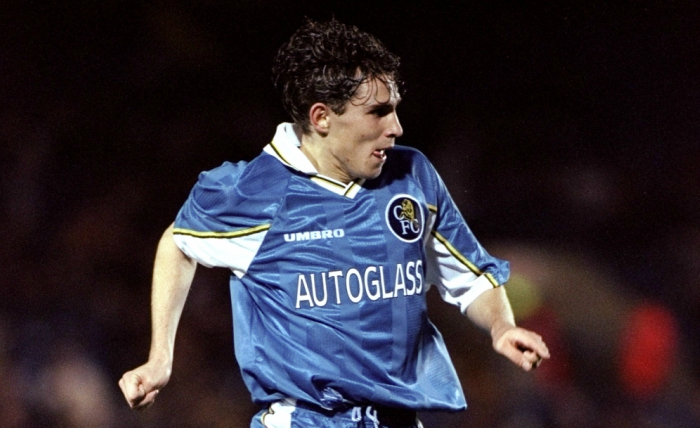 Crittenden started in his favoured position on the right wing and Chelsea won the match 2-1, with their goals coming from Tore-Andre Flo and Crittenden’s fellow youth team product Jody Morris.

“Ruud Gullit put out quite an inexperienced team, although both he and Dennis played in that game,” Crittenden says.

“I could have gone into my shell, but the game was one of the best I ever had.

“Dennis Wise told me he’d look after me and that he would give me the ball immediately so I got my first touch out of the way. He did that and, from then on, it totally relaxed me into the game.

“It was a really proud moment as my parents and my nan came to watch. It was the first time my nan had seen me play live.

“Afterwards, Ruud told the Sky Sports interviewer that I was his man of the match, which seemed unbelievable. It was amazing for me and I have still got the video of the game at home.”

Falling out of favour

At the time of Crittenden’s debut, Chelsea had started to add an exotic flavour to the club.

And with midfielders like Di Matteo, Wise, Morris and Gustavo Poyet ahead of him, it was never going to be easy for Berkshire-raised Crittenden to stake a place in the first team.

He made two more appearances, both as a substitute, in a 1-0 defeat at Blackburn Rovers, and a 4-0 win at home to Derby County, where he replaced Zola, who had netted a hat-trick, but a few months later, in February 1998, Gullit was sacked and replaced by Vialli.

From then on, Crittenden did not get a look in.

“I stayed another two years after Vialli’s appointment, but I shouldn’t have waited so long – I should have moved on earlier,” he says.

“I was a very quiet lad and wasn’t the kind of person to go knocking on the manager’s door. Looking back, maybe I should have.”

Coming through the ranks

One of three sons, Crittenden supported Chelsea as a child. He didn’t play competitively until he was 10 but went on to represent East Berkshire at district and then county level, as well as turning out for Farnborough Town’s youth team.

It was when he played a game for Berkshire against Hampshire that he caught the eye of a Chelsea scout, who asked him if he would like to go and train with the youth team.

Within six months, he was offered a YTS contract. And, as Crittenden explains, being a youth player at a Premier League club back then was very different to today.

“There was such a bond among the YTS lads, he says. “We always had to clean the gaffer’s boots and, when I joined, and because I was considered one of the more sensible lads, I was given Glenn Hoddle’s boots to look after, which had to be immaculate.

“Later, I cleaned Gullit’s and he must have had about 20 pairs of boots, and you had to know exactly when ones he wanted for a game. I also did Craig Burley’s boots and David Rocastle’s. You got to know how they liked their boots and their kit in the morning.

READ: The story of Hoddle, Gullit, Zola and a thrilling Chelsea era, from Scott Minto

“We would get in early and clean the kits and sweep the changing rooms. Then the first team would come in and we would be at their beck and call, making their teas. It was a big learning curve.

“Even on a match day at Stamford Bridge we would look after the home and away teams’ dressing rooms. If one of the teams were getting a bollocking, we would have to wait for hours to go in and sweep it all up and end up getting home really late.”

Among the outstanding members of Crittenden’s group were Morris and John Terry, who trained with team-mates two years older, such was his talent.

“Jody was a fantastic player and he was only a little guy, but he never gave the ball away,” Crittenden says. “He would never shy away on the pitch and was full of confidence.

“It was no surprise that John had the career he did. He soon began training with the first team and even used to shout at Desailly and Leboeuf. John was ordering them about in training, and it obviously made them take notice of him.”

In the summer of 2000, he left Chelsea to join Yeovil, who were then in the Conference.

“Terry Skiverton was at Yeovil and I knew him from Chelsea,” Crittenden says. “I went down there to train and I loved it. It was a breath of fresh air.

“Yeovil had a lot of young lads who had been in a similar position to me, but if you are stuck in the reserves, it is not enjoyable. I preferred it at Conference level.” 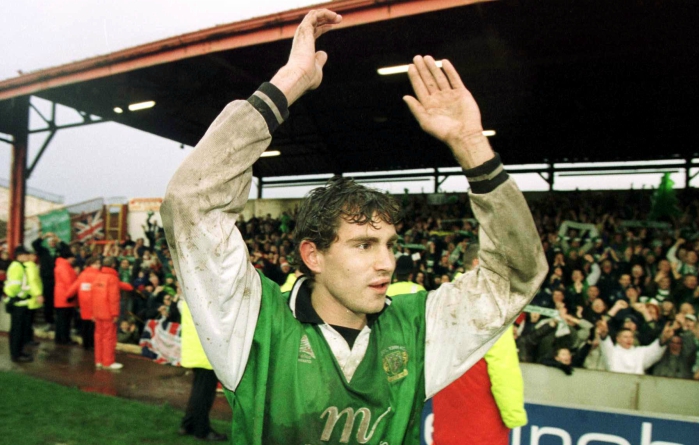 He left to join Aldershot, where he lost the Conference play-off final in 2005, before spending time at Weymouth and then Dorchester Town, where he served for a period as player/assistant manager, as well as caretaker boss.

Married with three triplet sons, he is now back at Yeovil as an accountant.

“I am enjoying seeing another side of football, from behind the scenes,” Crittenden says. “I’ve seen how tough it is to make ends meet at this level.”

He is reticent, too, about going back into coaching.

“I’d never say never, but even at a lower-league club like Dorchester, it takes up all your time and it is time I don’t have at the moment,” he says.

Crittenden has not stayed in touch with any of his ex-team-mates, aside from David Lee, the former centre-half who lives in nearby Bristol. But looking back 20 years, he has few regrets about his time at Chelsea.

“One of the reasons I didn’t achieve more was probably down to my personality,” Crittenden says.

“I wasn’t an in-your-face sort of character and I kept myself to myself. Footballers don’t generally behave like that and most of them are arrogant. I guess you need that arrogance to think you’re the best.

“I was quiet around the changing room and maybe I didn’t get noticed as much because of that.”

READ MORE: Frank Lampard names the five best players he ever played with

TRY A QUIZ: Can you name every club Frank Lampard scored against in the Prem?