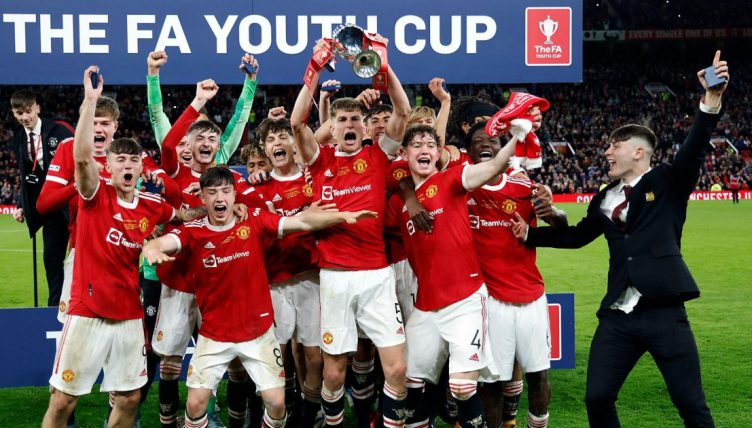 Football is a weird thing. It is ultimately just 22 players running around on an arbitrarily sized pitch, trying to get a ball through some metal poles at either end.

There is no rhyme or reason as to why we, collectively, have decided that this is what we want to dedicate large portions of our lives to watching.

Utilitarians must pull their hair out at us because it certainly doesn’t provide us with a net benefit, emotionally, financially or otherwise.

Instead, we football fans are driven by something beyond what is actually good for us; irrational, insatiable hope.

Whatever the facts, we cling to the chance that our team wins against all the odds. Down 2-0 in the 90th minute? Get one goal and you never know. Lost the last five games in a row? This one will turn the tide. Haven’t got enough players to actually start the match? Ah, who needs a goalkeeper anyway?

It was therefore hope (and the prospect of a Guinness) that had me leaving the house at 6pm on a Wednesday evening to go and watch the FA Youth Cup final at Old Trafford and cheer on a club that frankly seems to hate me.

But – and not for the first time this season – the Manchester United Under-18s produced a performance that was worthy of the storied badge that was stitched to their red shirts.

Nearly 30 years on from the ‘Class of ’92’, the ‘Class of 22’ wrote their own names in the history books. Their unrelenting message to the first team?

There is a buzz around the pub pre-match. Fairly uniquely for Manchester, the pub we’re at has pictures of both Manchester City and Manchester United teams adorning its walls. But right now the place is full of United fans on their way to the game.

Soon it was on the tram and off to Old Trafford, where immediately the difference to a usual matchday demographic is welcome and obvious.

There are young families everywhere, many taking their kids to their first-ever match, and parts of the older crowd who haven’t been in years. Even me and my dad are joined by my uncle and aunt for the game. It feels like an occasion.

Having spoken to people in the days leading up to the match, it’s clear that many simply either can’t afford to go regularly or have no interest in giving the Glazers any money.

But with match tickets priced at a quid and all the money going to the club’s foundation rather than the club itself, plenty have dusted off their old scarves and headed to the match.

So much was this the case that tickets sold beyond all expectations. Every day the club had to open up a new section of the stadium, which would sell out and force them to open up even more.

Look at the size of the crowd for the FA Youth Cup final. The previous one with fans in 2019 was just below 4,000 between MCFC v Liverpool. Forest alone have brought 6,000. pic.twitter.com/4Vyy3YAx8L

By the time of the match, over 67,000 tickets had been sold, including an incredible 6,000 away fans for Nottingham Forest. As we walk along Sir Matt Busby Way from the tram stop to the stadium, the sun, not usually seen in Manchester, is shining down and everyone is in a cup final mood.

I have been buzzing about this since we made the final. Along with my Dad, I’ve been going to as many youth team matches as I can this season, partly because they’re always free and it gives us something to do in the evening (and yes, because it gives us an excuse to go to the pub), but also because they’re really rather good.

There are standouts – my dad, along with most of those in the stands, is particularly buzzing to watch Alejandro Garnacho again – but the whole team has been impressive throughout the past season. 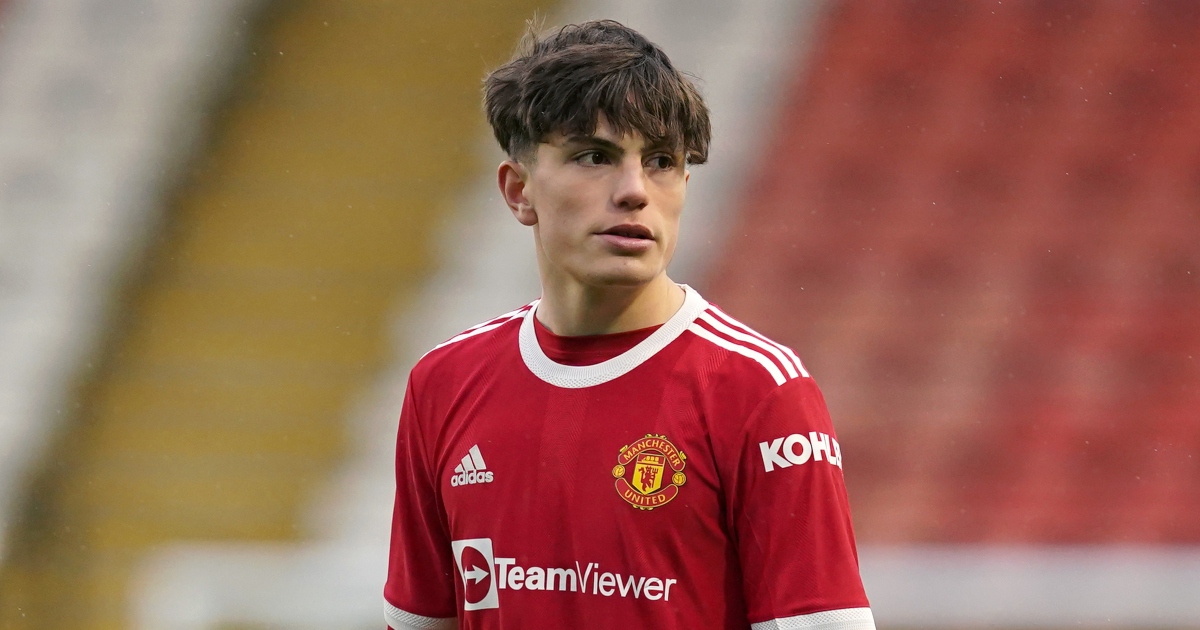 They play the ball out from the back, counter quickly, and every player seems to have the ability to take their opponent on and dribble past them.

It is a side brimming with – and feel free to roll your eyes here, neutrals – the mythical ‘United DNA’; they play fast, they work hard and they win.

And winning was the name of the game. United hadn’t lifted the FA Youth Cup since 2011 and so when captain Rhys Bennett headed in the opener within 15 minutes, the stadium exploded to celebrate the goal scored by the man who grew up just eight miles from Old Trafford.

Rhys Bennett with the opener for United! pic.twitter.com/pDqfL3hIoY

There was early hope this would be a coronation, but it was far from it.

Forest are a brilliant side and battled hard against the home team, keeping the ball up United’s end of the pitch for large parts of the match. Their equaliser just before half-time was more than deserved, even if it took a goalkeeping mistake to get it.

One of the fundamental frustrations with watching United this season has been the lack of effort from the first team. When the chips are down, they fold. They moan and they snap at each other, they sigh and they bluster. Everyone is to blame but themselves.

There were some in attendance at the match, Bruno Fernanes and Eric Bailly chief amongst them, but there were far too few of them. It should have been a requirement for the first team to attend, and if they had they would have seen a second half from a United side that is everything they are not. 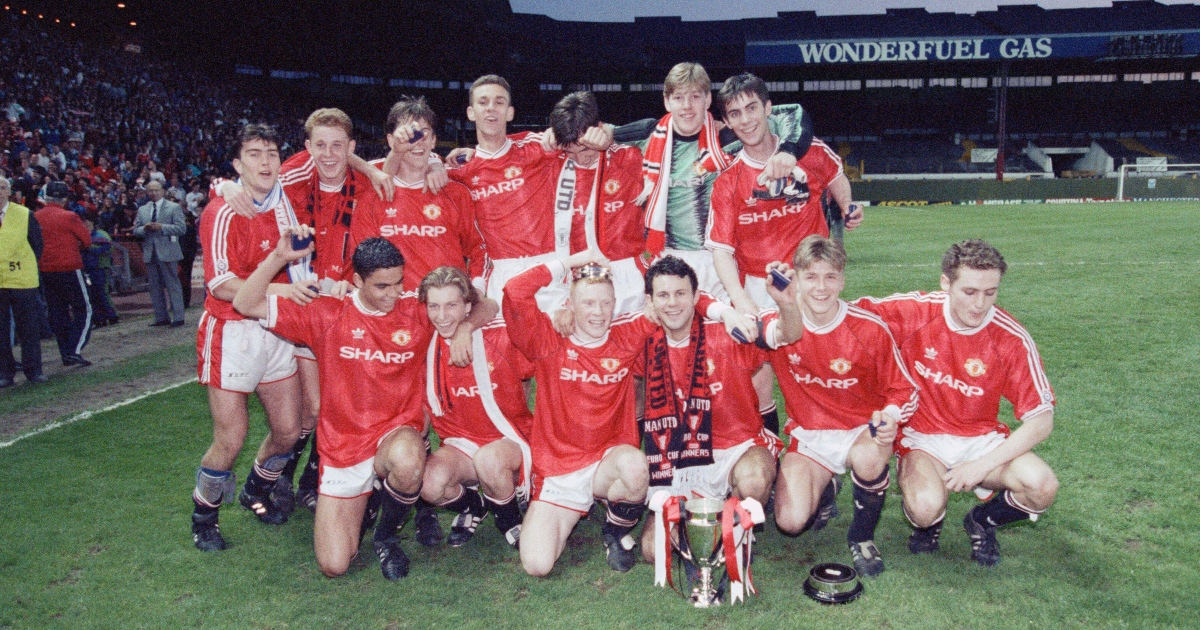 READ: Where are they now? Man Utd’s FA Youth Cup-winning ‘Class of 92’ side

It was a pure battle. Forest, who were undeniably bigger and stronger than United, went in for every ball and oftentimes emerged victorious. But as the game progressed, the young Red Devils rallied and found their inner fire.

They came back on their opponents hard, Kobbie Mainoo leading by example as he and his teammates went for every 50-50 and started winning the ball more times than not. Each tackle was met with a roar from the crowd, a slap on the back from the closest player in red and at least one of them hyping the crowd up into a frenzy.

Their reward came in the 77th minute. Joe Hugill pressed the Forest backline and won the ball back, laying it off to Garnacho who was promptly brought down. It was certainly close, but definitely outside the box… and then the referee awarded a penalty anyway.

The talismanic Garnacho slotted it away cooly, SIUUU-ing in celebration with the stadium responding in kind.

From there the noise in the stadium rose and rose, louder than it has been in any Old Trafford game in months, and when Garnacho added a third in injury time with a brilliant mazy run it was party time.

A banner was unfurled in the Stretford End celebrating ‘The Class of 22’. For whatever reason people put their torches on their phones and held them up, lighting up the stadium.  “It was like a bloody Cold Play concert,” someone said in the pub after, but as cringey as it was, you couldn’t help but get caught up in it all.

(On a side note, not sure what Sam Allardyce was doing there but he looked thoroughly unmoved at the full-time whistle. Probably thinking about pints of wine.)

WHAT A MOMENT! ❤️ pic.twitter.com/oKg9JBOvsv

When the final whistle went the noise only intensified. Along with Manchester United Women’s youth team, they are the only side to bring silverware to the club this season and are deserving of their accolades.

Another Manchester United employee also won a trophy that same evening, Erik Ten Hag taking the Eredivisie with Ajax in the penultimate game of his reign before he heads to Old Trafford for his (almost) impossible task.

I don’t envy him for the challenge he has. But when he watches back the youth team’s cup victory whilst nursing his hangover as I’m almost certain he will, I don’t doubt he’ll be smiling too.

In fact, he’ll probably jot down a phrase in his notebook, and underline it for good measure: Met de kinderen gaat het goed.

The kids are alright.