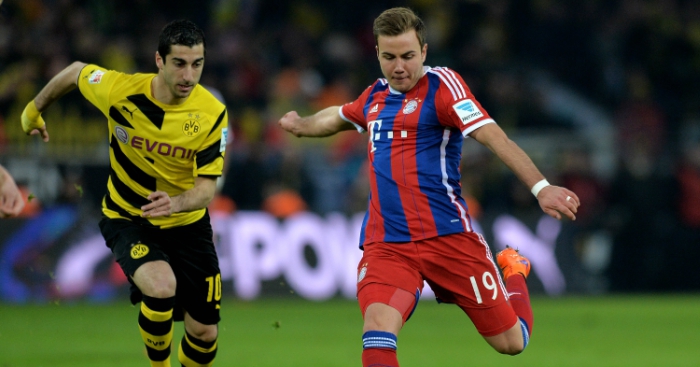 “Can’t repeat the past?” he cried incredulously. “Why of course you can!” He looked around wildly, as if the past was lurking here in the shadow of the Westfalenstadion, just out of reach of his hand. “I’m going to fix everything just the way it was before.”

Mario Götze is a very, very good footballer. Still only 25, the Germany international has five Bundesliga titles to his name and once scored the winning goal in a World Cup Final.

Yet for a player who has achieved so much at such a young age, Götze doesn’t command universal praise.

Back in May 2013, a 20-year-old Götze sat in the stands at Wembley, at least one camera focused on him throughout, for the Champions League final between Borussia Dortmund and Bayern Munich.

A few weeks prior, the midfielder had agreed to join Bayern, breaking the hearts of Dortmund fans (and team-mate Mats Hummels) and leading many neutrals to regard him as a money-grabber.

For the huge match between his current and future employers, Götze was sidelined with a ‘hamstring injury’.

But if the young Götze cut a distant and unlovable figure in 2013, these days he’s more likely to attract pity than scorn.

Despite winning three titles (and the World Cup) in three years at Bayern, Götze’s career has stalled somewhat. An up-and-down time in Bavaria culminated in an injury-hit final season, during which manager Pep Guardiola also dropped the midfielder for many important fixtures. 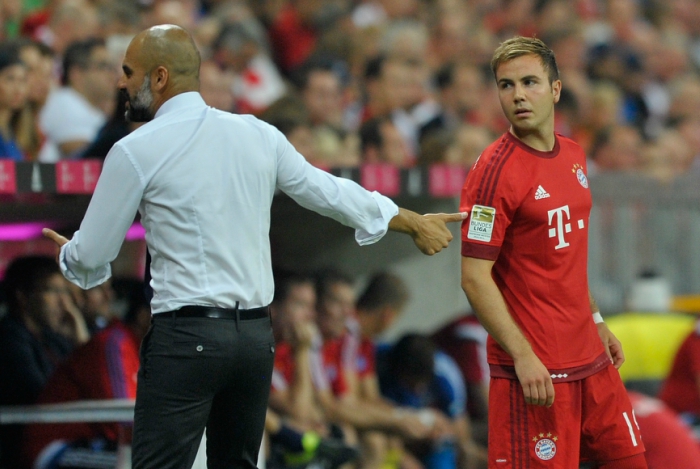 The outcome of that difficult situation was a slightly surprising return to Dortmund.

There’s nothing especially unusual about a player returning to an old club, of course. It happens all the time in the lower leagues, where players are often tied by geographical constraints and interpersonal relationships.

Many elite players also return to their hometown clubs toward the end of their career as they prepare for life beyond football.

But Götze’s 2016 transfer back to Dortmund, when the player was just 24, ticked neither of those boxes.

It was weird in another way, too.

Upon his return to Dortmund, Götze joined not one but two other players who had already made a similar trip: Nuri Şahin came back after an unsuccessful time at Real Madrid, while Shinji Kagawa did the same with Manchester United.

It’s a fairly rare occurrence in top-level football for players to return to former clubs in the middle of their careers. For three international players to do it at once is virtually unheard of. So why do former Dortmund players keep going back?

Dortmund and a curious case of nostalgia

This website makes no secret of its fondness for nostalgia. There’s a whole section devoted to players and moments of seasons past, where readers can reminisce about everything from Hidetoshi Nakata to Paul the Octopus.

But ‘nostalgia’ didn’t always mean what it does now.

Coined by Swiss medical student Johannes Hofer in 1688, the word was initially a way to describe a “sad mood originating from the desire to return to one’s native land”. Homesickness, in other words. A homesickness that happened to be particularly prevalent among Swiss mercenaries fighting in foreign lands.

Over time, however, the meaning of ‘nostalgia’ changed. While initially used to describe the desire to go home, it eventually began to mean something different: longing for the past.

That new kind of nostalgia is everywhere in today’s culture. And while casually watching Raúl goal compilations might not feel like a form of ‘longing’, there is an element of the bittersweet even in this simple kind of nostalgia, in knowing that those bygone footballing moments — first experienced as a child, a teen, or a young man or woman — are now gone forever.

From afar, it looks very much like Dortmund’s three returning midfielders have indulged in some kind of nostalgia. But which kind, the old or the new? 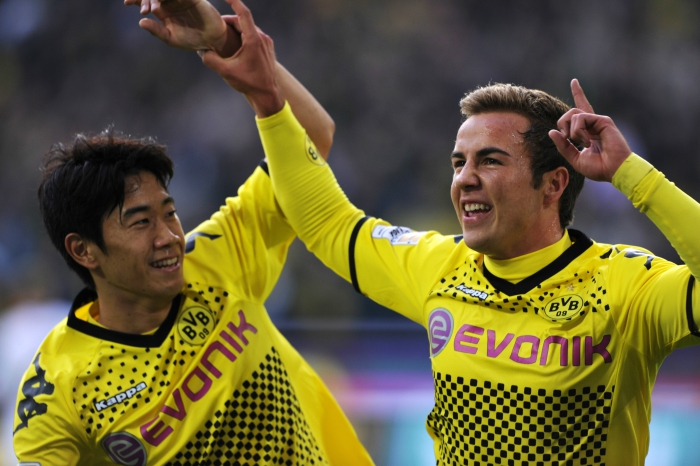 When Götze rejoined in 2016 to the vexation of many Dortmund supporters, the player made a point of referring to the club as his “home”; when Kagawa made his own return two years prior, the Japanese playmaker said that stepping back into the Westfalenstadion gave him goosebumps.

On the surface, it looks like these players — a bit like Hofer’s Swiss mercenaries of the 17th century — really did just want to go home, to return to a club where they belonged, be that in a personal or a footballing sense, or both.

But was ‘home’ really all they were looking for?

Let’s not forget that Dortmund’s back-to-back titles in 2010-11 and 2011-12 were a monumental achievement, and doubtless an incredible experience to be part of. Götze, Kagawa and Sahin didn’t just play for a great club; they played for the club during one the greatest periods of its recent history.

Having tasted that glory, it seems plausible that those three players might have wanted to ‘go back’ in a different sense — not just to a stadium in North Rhine-Westphalia but to a corner of history in which they were a little younger, a little more successful and ultimately a little happier.

Unfortunately, no matter how much you try, you can’t repeat the past. In Götze’s first season back at Dortmund he made just nine Bundesliga starts as the club finished third.

Going home is possible; going back in time isn’t.