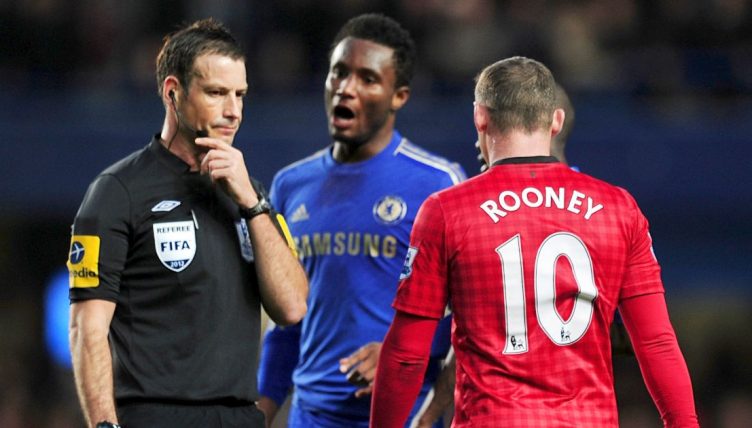 Over a decade of refereeing in the Premier League helped Mark Clattenburg develop a thick skin, but he still came close to quitting following the fallout from Chelsea‘s clash with Manchester United in 2012.

Clattenburg became one of the most high-profile referees in the game once he began officiating in the Premier League in 2004, enjoying a 13-year career despite a number of controversial moments.

The most notable of these came after Manchester United beat Chelsea 3-2 in a fiery game at Stamford Bridge.

Chelsea duo Branislav Ivanovic and Fernando Torres were both sent off by Clattenburg, who was later accused by the Blues of directing racist comments at John Obi Mikel.

He was eventually cleared of any wrongdoing and Mikel was given a three-match ban and fined £60,000 for using “threatening and/or abusive and/or insulting words and/or behaviour”.

“When I look back on the incidents in the Chelsea v Manchester United game in 2012 and the aftermath of that, I wanted to quit, but I was not in a position to do that,” Clattenburg says.

“I have a family, they need to be looked after. I have left my profession as an electrical engineer behind and there is nowhere to go if I walk away from refereeing.

“This is a unique job in many ways and not always for the right reason. If you are a player or a manager or even a journalist, you can always get a job somewhere else if something goes wrong, but you can’t do that in refereeing.

“If I quit in 2012 amid that storm around the Chelsea v United game, where would I have gone? In refereeing, you are stuck in an industry you can’t get out of and that is a difficult place to be in.

“Who is going to employ me in a job outside football given my profile and the like? That is why I had to take the offer to move to Saudi Arabia when it came my way, as it offered me security to my family.

“One day the whole truth will come out on what happened in that Chelsea v United game and people will be surprised by that story. It was not a football incident. What I went through that day was not right and it made me realise that football is not just a sport any more.

“I used to drink a lot of beer at times to get away from the pressures. Decisions linger with you for a few days and my wife would often say move on and get over it, but you can’t.

“You avoid the TV, you avoid radio phone-ins. You don’t want anything to do with football if you have made a mistake, but the upside is when things have gone well and you can enjoy those moments.”

Clattenburg has even received death threats at times throughout his career, and he admits his job can have a knock-on effect on his family.

“Social media has probably not helped referees,” he says. It is not just the 90 minutes on the field anymore as it is the backlash that follows if there is a controversial incident or a mistake that might have been made by the officials.

“That doesn’t just last for a few hours, it can go on for days and weeks and that is not easy. 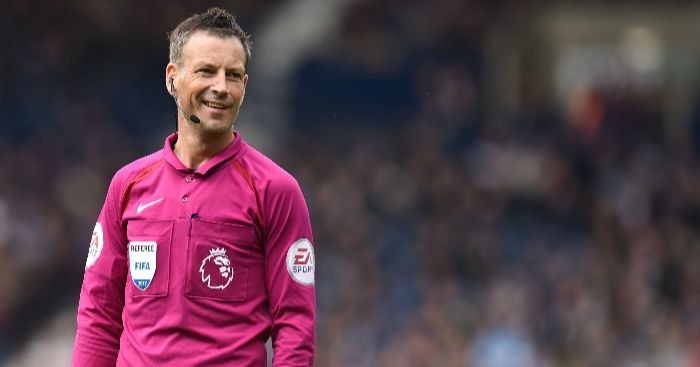 “Social media channels are giving people a platform to abuse referees. There are some nasty people out there and people who want to say things that they wouldn’t say to your face.

“I’ve had death threats, my family have been threatened and it is not nice. People say what they are going to do to you, that they know where you live.

“The odds of them carrying out these threats are low, but your children can still read it and that is not nice. When it affects your family, it is a horrible situation and I wouldn’t wish that on anyone.

“With refereeing, the trouble is it is a job where you cannot make amends for your mistakes. In most jobs, you make a mistake and there is a way to put it right, but refereeing is final.

“Everyone sees your decision after one look at an incident and whether it is right or wrong, you have to live with it.”

This interview was originally published in May 2018.

READ NEXT: The story of the Norwegian referee who cursed a team to relegation