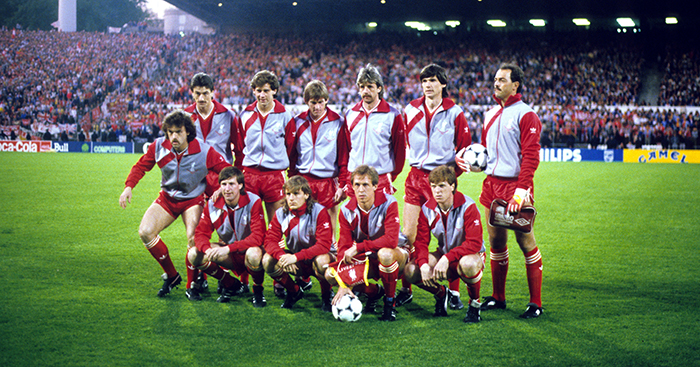 Mark Lawrenson has provided an insight into his own terrible experience before, during and after Liverpool‘s 1985 European Cup final, when 39 supporters were killed.

Liverpool, the defending champions, were beaten 1-0 by Juventus in Brussels, but Lawrenson says the game itself “feels like it never happened” after the two teams were asked to play despite hearing the news in the dressing room that fans inside the Heysel Stadium had lost their lives.

Speaking to promote the new BT Sport film Two Tribes, which explores Liverpool’s sporting success as a city in the 1980s amid political and cultural upheaval, Lawrenson says it’s a game he and his team-mates from that night simply do not speak about.

“Whenever that team get together, and it’s not that often as people live all over the world now, it is never mentioned,” Lawrenson told Planet Football. “Behind closed doors, this is a subject that will never be raised.

“Our dressing room was just under the wall that collapsed and cost so many fans their lives. We were getting reports that some people had died and bits of news coming our way that was hard to believe, to be honest.

“I have two abiding memories from that night. The first was the Brussels chief of police coming into our dressing room and insisting that despite everything that had happened, we would play the game.

“We found that hard to believe given the fact there were people lying dead on the terraces above us, but he was adamant. We suggested Juventus might not want to play the game, but they were ready to play and we had to prepare to play a European Cup final.

“The police argued that if the game was abandoned, there would be more trouble on the streets outside and for that reason, they wanted the match to proceed, but it was a strange, eerie night.

“You go from hearing the news that fans had died on the terrace above us to being told the match was going ahead and we went through the motions of preparing for a game of football that would be one of the most important we would play in our lives.”

Lawrenson had to be substituted within two minutes of the game getting underway due to a shoulder injury, and he has almost no memories whatsoever of the actual football, as Juve won their first European Cup at the third attempt courtesy of Michel Platini’s penalty.

“This was the European Cup final. One of the biggest matches of your life, but it just feels like it never happened,” Lawrenson says.

“You go out on the pitch and the mood is like nothing you have experienced before. You look up into the stands to make sure your family are okay, and what should be one of the highlights of your sporting career to play in a European Cup final suddenly feels very different.

“We had played and won the competition the year before, and beating Roma in their own city was a career highlight up to that moment, but this was a very different feeling a year later. 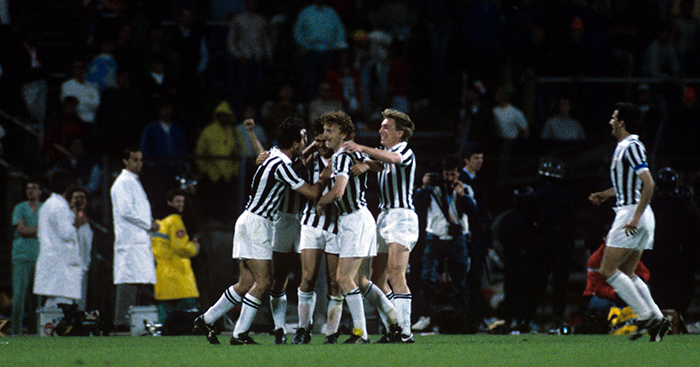 “I have never watched a second of the game since and I probably never will. It’s almost like that night never happened and for so many reasons, I wish it didn’t.

“I lasted less than two minutes. I had been carrying a shoulder injury and decided to take a chance on getting through it, but I went to tackle Platini and the shoulder popped straight out.

“That was it for me and this surreal, ugly night had taken another unexpected turn.”

‘A horrific chain of events’

And it was after leaving the stadium for treatment that Lawrenson was provided with his other, awful, abiding memory of the evening.

“I was taken to the hospital and then things got even more bizarre,” he says.

“I was still in my Liverpool kit and we get to this hospital and the ambulance backs up to what I can best describe as an area that looks like a supermarket holding bay and I’m dragged into the hospital.

“There I am in my full Liverpool kit, my boots still on, tie-ups for my shin pads and surrounding me in the hospital are the dead and the dying Juventus fans. It is a horrific chain of events.

“I’ll never forget what confronted me when I woke up. I was in this hospital bed and all my Liverpool kit had been taken off me. I never saw the kit again, by the way, but that’s a side story.

“As I looked around this hospital ward, I saw 23 empty beds and I was the only one using the ward.

“The door was bolted locked and this soldier was there to protect me from angry Juventus fans.

“In the morning, Roy Evans (assistant coach) came in with my wife and brought me some clothes. The trouble was, it was a Liverpool tracksuit, so we had to turn it inside out to get me out of this hospital without anyone noticing me.

“They sneaked us out through a back door. It was quite a story.”

English clubs were banned from European competition for four seasons following the Heysel disaster, denying Everton the chance to compete in the European Cup, and Lawrenson acknowledges that may be part of the reason why relations between the two clubs’ sets of supporters have soured.

“It’s sad,” Lawrenson says. “I remember 90,000 people from Merseyside gathering at Wembley for the League Cup final in 1984 and there was not even a hint of trouble.

“We had a team photo at the end of the game and the two sets of players were shouting ‘Merseyside, Merseyside’ so I don’t know why and how this spirit was broken. 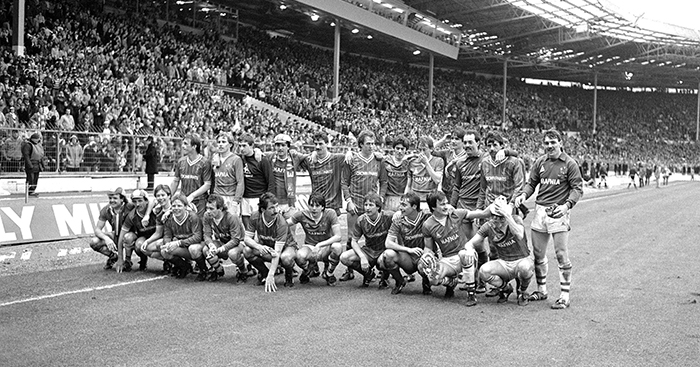 “It was a friendly rivalry and people in the same families supported Liverpool and Everton, but it has changed now and that’s sad.

“Maybe the European ban is a factor, but that was a long time ago now and we need to move on from it.

“That was a great Everton side and they would have had a real chance of winning the European Cup in 1986, but it wasn’t to be and times have changed in Merseyside football in the years since.”

Two Tribes, however, explores how the success of both teams in the 80s provided the city with hope during troubled times.

“It was a strange time to be a Liverpool or Everton player because we were playing for two of the best clubs sides in European football, yet the city we were based was falling apart,” Lawrenson says.

“There were riots on the streets, serious unrest and discontent among the people, but a friendly rivalry was maintained between Liverpool and Everton fans.

“I don’t quite know how that held given the rivalry between the two teams, but there was this Merseyside spirit that kept everyone together and it was wonderful to be a part of it.

“The Liverpool team I was a part of were the best in Europe during that period and Everton were right with us, winning the title in 1985 and playing some fantastic football.

“They were special times for both clubs and this BT Sport film looks at what it was like to be on Merseyside in the 1980s. When you see it all on TV, it’s a remarkable story for so many reasons.”

Two Tribes, the latest in the award-winning BT Sports Films series, premieres on March 30 at 9pm on BT Sport 1.