Mark Noble: I’ll play grassroots when I retire, I’m looking forward to it 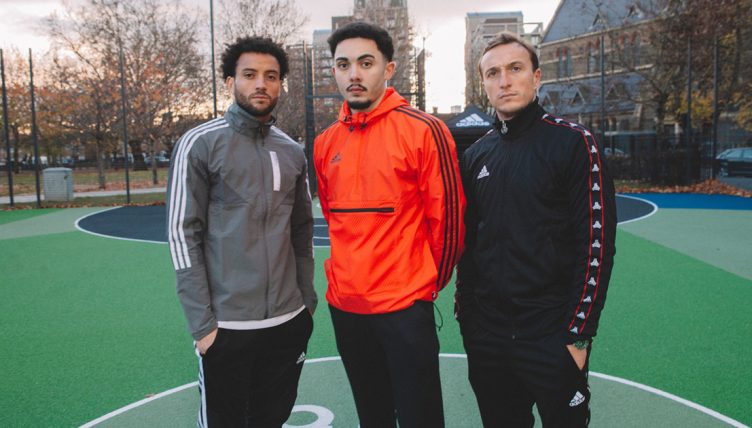 While a lot of footballers dread retirement, West Ham United’s Mark Noble is already looking forward to a kickabout with his mates when he leaves the professional game at the end of the 2021-22 season.

A boyhood West Ham fan, Noble has made 549 appearances for the club and is only the eighth player to make 400 Premier League appearances for one club. He’s twice been named Hammer of the Year, had a sold-out testimonial in 2016, and was the last player to lead the club out at Upton Park as well as the first to lead them out at the London Stadium.

The 35-year-old is now at the end of his professional career and has long since surpassed what he ever imagined would have been possible.

“If I’m honest, I never imagined anything that I’ve achieved when I was a kid,” he said. “One game for West Ham’s first team would have been enough for me, let alone in the Premier League, but to be able to achieve what I’ve achieved at this club and be involved in some history, not just for me but for my family and my kids and their family in the future, I’m very proud of that. And I’ve stayed loyal and will end my career here.”

Noble is right to feel proud. Just imagine growing up as a West Ham fan and not only going on to play for the club but making such a mark on the club’s history that you end up being known as Mr West Ham. Seriously, imagine that. It certainly beats one game for the first team. 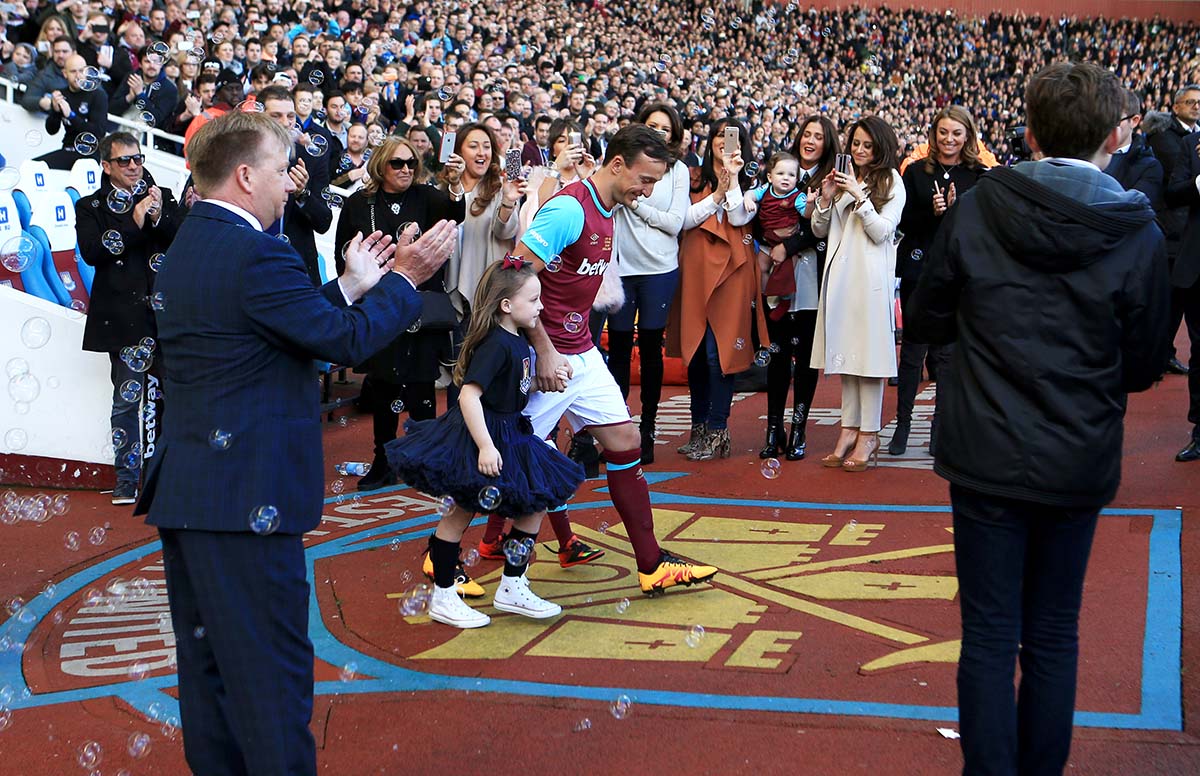 But you get the feeling Noble really would have been happy with just one game. Above everyone else, he just loves football. Not the achievements, the history, the adulation, but the actual football. Kicking a ball about for 90 minutes. He’d have enjoyed his career no matter what level he got to play at.

Indeed, over two decades on from swapping grassroots for the West Ham academy, Noble is looking forward to having a kickabout down the park with his mates again.

“At the end of the day, it’s a game of football that we love,” he says. “And I think you should be playing as much football as you can.

“I’ll probably still play when I’m finished [at West Ham]. I’d love to go and have a kickabout with my mates. I’ve never been able to do it because you’re always worried about getting injured because you’ve got training the next day or a big game on the Saturday.

“But, for sure, when I finish I’ll enjoy having a kick around with my mates, going to the park and having a laugh, you know. And I think after having a career like I’ve had and playing for 20 years, that will be enjoyable for me.

“I’ve got my mates still playing for Sunday league teams. Some of them aren’t actually bad footballers. I’m looking forward to just being able to say, ‘You know what, I fancy a kick about.’ I’m hoping I’ve still got that competitive edge even when I’m retired. I’m sure it never leaves you as a footballer.”

The impact of football

Noble is speaking to us as part of adidas’ celebration of the return of grassroots football. And he clearly shares the brand’s belief that sport has the power to change lives for the better, even at that level.

“You wouldn’t believe what football does for your mental health,” he says. “I truly believe that sport and being involved with a team and that camaraderie is massive for mental health. I really do believe that.

“It’s camaraderie, going to the pub after, having a beer together, and then knowing that you’ve got a big game next Saturday. You might all go to work during the week, but you’re texting saying we need to do this better or we need to do that better.”

Noble also speaks of the focus football can provide, in particular for the many promising young players growing up in areas where lives can easily head in the wrong direction.

“I can say that because a lot of boys I saw in the area or played on the street with, a lot of them are in jail now still serving their sentence or they have been in prison before,” he says. “Not all of them, but a lot of them. And they were good footballers, some of them were really, really good footballers.

“Making it to the level that I play at, the Premier League, I think that mental strength and being able to cope with the pressure, that’s born in you. And a lot of players I’ve seen, if you’re not able to do that, then you fall by the wayside.”

Noble says he would “go as far to say that 95% of the Premier League footballers grew up on council estates”. Having done so himself, it perhaps goes some way to explaining why he’s always felt a responsibility to give back to the community.

And he’s certainly met that responsibility, co-founding the Legacy Foundation with Rio Ferdinand and Bobby Zamora in 2016, a regeneration charity that aims to deliver social and affordable housing for Local Authorities. “We want to make a big difference in housing,” Noble said at the time.

“I realised at a young age, when you’ve got a platform like I have, you can really make a difference,” Noble says of his community work. “And I’ve been doing that ever since. I’ve always done stuff around where I was brought up in Canning Town and Newham, stuff for charity, obviously, because I’ve been at the club for so long. 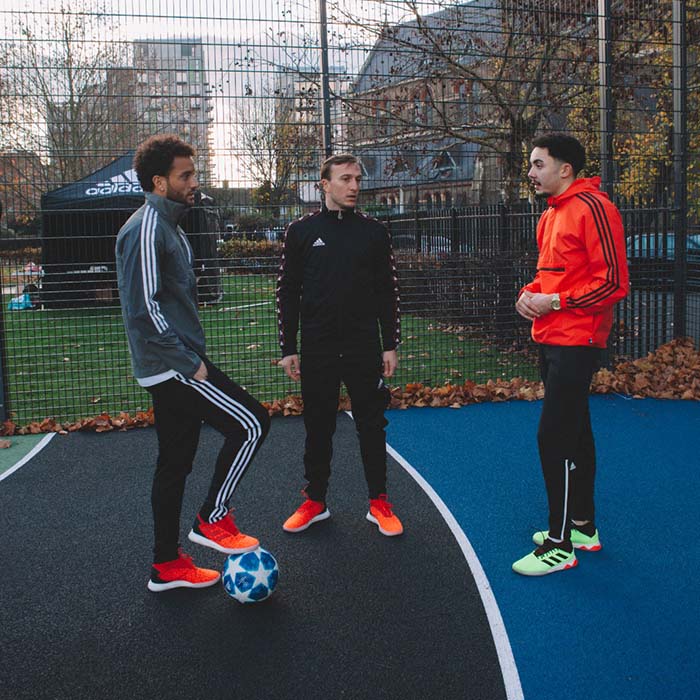 “And I was lucky enough to get a sellout testimonial at the Boleyn, sell out 35,000, which I did for charity and changed many people’s lives. So that’s one of the things I’m most proud of.

“The Legacy Foundation has been going for a long time now, creating opportunities for young kids, especially around affordable and social housing, which has been great.

“Rio’s got a massive platform and he’s done things in the Premier League and rightly earned his Hall of Fame nomination. And Bobby’s been a fantastic servant to all the clubs he’s been at, scored some fantastic goals and got called up for England.

“So we came together. We all grew up on council estates and, for me, it was the right thing to do. A lot of stuff gets done in the background which nobody sees, but it’s been a real pleasure the last few years to be able to do that.”

The importance of youth football

Noble also founded Mark Noble Football and puts on football camps for boys and girls aged 5-14 of all abilities in Essex with FA-qualified coaches, which he often attends himself. But it’s less about finding the next superstar and more about providing opportunities for children to have fun in a safe environment.

Having played both grassroots and academy football himself, and with a son of his own who’s in West Ham’s academy, Noble understands better than most the role football can play in a young person’s life when having fun is the main aim.

A huge well done & thank you to all for making Easter Camp 2 so much fun.

It’s wonderful being back out playing football and seeing smiles on faces of so many 👌🏼#MNF pic.twitter.com/p1La0e0JAx

“I had a great time playing grassroots and Sunday League football. I was still playing Sunday League when I joined the West Ham academy because I really enjoyed the team I played for.

“I think now the academy boys are picked up so young, they don’t get a chance to play Sunday League football until they’re 12, 13 because of the way the game is now.

“My boy’s in the West Ham academy now, he’s 11, but I kept him playing in the Sunday League team for an extra couple of years just because it was good fun with his mates and he really enjoyed it.

“It’s a good stepping stone to go on just creating friendships and playing in a team, being a part of a team and playing for cups. That’s what it’s about, just getting together, getting up in the morning and going to have a kick around.

And come the start of the 2022-23 season, you might just see Mark Noble having a kickaround on a grassroots pitch near you. 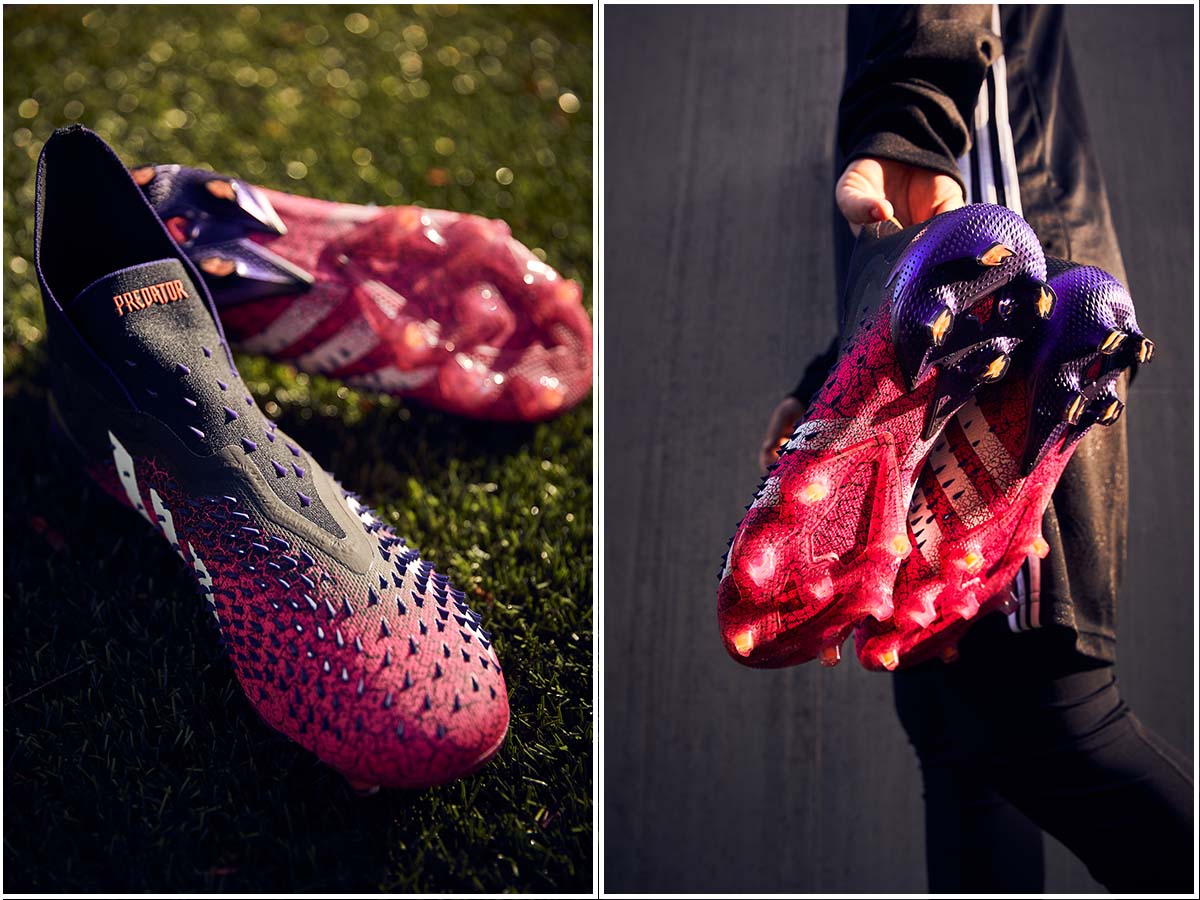 This interview was originally published in May 2021.