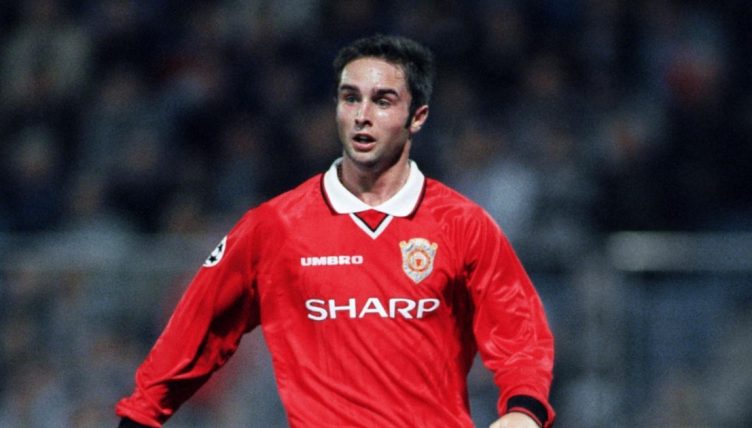 Mark Wilson has not seen Sir Alex Ferguson since the day he left Manchester United and, nearly two decades on, the former midfielder still feels sad about the way his career finished at Old Trafford.

Wilson played 10 games for United at a time when they were inundated with quality in the centre of the park, but with stellar names such as Roy Keane, Nicky Butt and Paul Scholes ahead of him in the pecking order, he was always going to struggle to truly establish himself.

The arrival of Juan Sebastian Veron only hastened his departure to Middlesbrough, whom he joined in a joint-deal with fellow midfielder Jonathan Greening in the summer of 2001.

“Maybe a bit of my football soul left me when I left United,” says Wilson, who now lives in New Jersey.

“I was in the England Under-21s squad a couple of times and there were boys there picking up maybe 30 to 40 grand a week, while I was on a very modest salary.

“Sadly, at that time, I considered material value to be the driving force in my life rather than just concentrating on my actual game.

“I didn’t leave on the best of terms with Sir Alex, which still makes me sad because I respect him immensely. I haven’t seen him since, but I hope to speak to him one day and clear the air.

“I would thank him for what he gave me as a young player and maybe explain to him why I left the way I did because I am regretful about the way it turned out for me at United.” 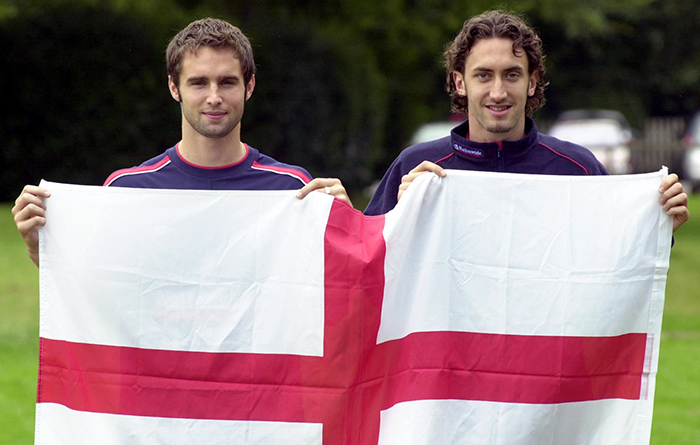 Wilson grew up as a United fan in Scunthorpe, where he was told by the town’s professional football team that he wasn’t good enough to make the grade.

But he was soon noticed by a United scout and invited for a trial at the club’s Cliff training ground, where he impressed enough to become a trainee.

“I was having my breakfast when my mum got the call inviting me to a trial at United,” Wilson says. “I don’t know how I got to school that morning because I must have floated all the way from my house.”

He eventually signed a professional contract in early 1996.

Coached by the formidable Eric Harrison and, later on, Jimmy Ryan, Wilson was a confident youngster who never felt intimidated by his more salubrious surroundings.

“It was quite the opposite,” he says. “Being quite rebellious at school meant I didn’t fear much, although I was taught to be respectful.

“Sir Alex was actually a calming presence and a very caring person, even though he could tear a strip off you.”

Wilson was a striker for his first 18 months at United but dropped back into midfield after a series of tactical masterclasses from then-assistant manager Brian Kidd, who taught him how to see a pass, read the game and anticipate what was about to happen on the pitch.

He was sent on loan to Wrexham in early 1998, where he netted four goals in 13 games and was given a tough introduction to lower-league football.

“We played Gillingham away and I remember Andy Hessenthaler giving me a few kicks in the first five minutes.

“I was knocked about a bit, but I loved it because I hadn’t experienced combative football playing for United’s youth teams.”

Wilson made his first United appearance the following season, coming off the bench in October 1998 as they beat Danish side Brondby 6-2 in the Champions League.

He quickly learned what being a first-team player was all about.

“Even when I made the correct pass, Roy Keane would be saying, ‘No, you need to do better than that,’” he says.

“He had that relentless desire to better himself and those around him. It was always about winning a trophy and then focusing on the next one, and then the one after that.”

Wilson earned his first start a week later, in a Worthington Cup third round match against Bury at Old Trafford, a game which United won 2-0 after extra time, and also played in the next round, a 2-1 victory over Nottingham Forest.

In December, he was an unused substitute in an enthralling 3-3 draw with Barcelona at the Nou Camp but didn’t appear again that season, despite winning the Denzil Haroun Young Player of the Year.

He thought there was a chance he may make United’s Champions League final squad against Bayern Munich in Barcelona as Keane and Paul Scholes were suspended, but it wasn’t to be.

QUIZ: Can you name every member of Man Utd’s Treble-winning squad?

“Because Sir Alex was without those two, I hoped there was a chance that he might take me as cover,” Wilson says.

“He spoke to me a few days before the FA Cup final against Newcastle United, which was on the Saturday before the Champions League final.

“Sir Alex put his arm on my shoulder, told me that he was delighted with me and that I had been fantastic all season, but that I would not be travelling with the squad to Wembley or Barcelona.

“I was upset and angry, but there wasn’t time to ask why.

“I’ve got my Champions League shirt signed and up on my wall, and it is a nice reminder of that phenomenal Treble season, but it is still something I am frustrated about.”

Wilson played another seven times for United before former Reds assistant Steve McClaren made him and Greening among his first signings after being appointed Middlesbrough manager.

He played alongside established internationals including Gareth Southgate, Paul Ince, Geremi, Juninho and Alen Boksic at the Riverside but never really settled in the north-east.

“I didn’t have a mature enough attitude at Middlesbrough,” Wilson says

“The mistake I made was thinking that ability could define my career, and not my mentality. 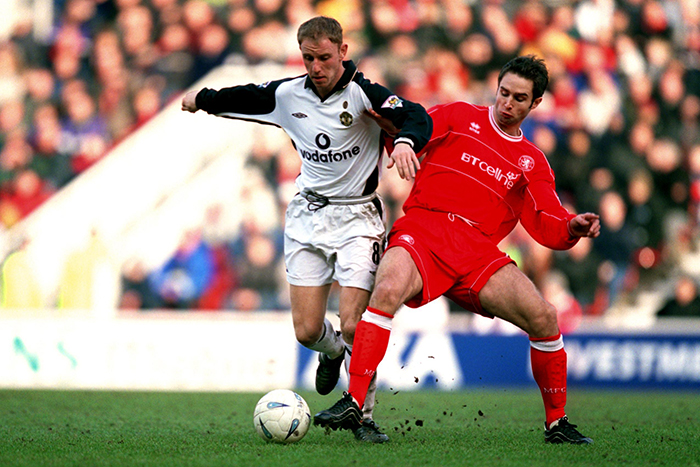 “I would play five or six games for Boro and would then be left on the bench.

“Instead of reacting the right way, I would point the finger at other players, as in ‘Why is he playing instead of me?’, and ‘I can do better than him.’

“It painted a picture of someone overly selfish, which is maybe what McClaren thought, too.”

Wilson sampled his first taste of football on the other side of the Atlantic when he left Boro to sign for Major League Soccer’s FC Dallas in 2005.

“I spent a year there and loved it,” he says.

“Kenny Cooper, who had also been at United, was at Dallas, as was Greg Vanney, who is now the head coach at Toronto.

“I always knew I would come back to the States because I could see how football was growing there.”

He joined Doncaster Rovers, where he became a fans’ favourite, in 2006, helping them to promotion to the Championship, where he established the Yorkshire club over four seasons.

Spells at Oxford United and non-league Gainsborough Trinity followed before he moved back to America in 2013, where he became a regional director for a select soccer programme, taking care of the New Jersey region, as well as coaching in New York City, Connecticut and Massachusetts.

Today, he is co-founder of Beyond Pulse, which provides football coaches with critical health data about their players.

And Wilson, who has a daughter living in the UK, is firmly settled on America’s East Coast, where he lives with his Ecuadorian wife.

“She has helped me open my eyes to a different way of life,” he says.

“Besides, I get to watch all the Premier League games every Saturday, as they are screened live from 7:30 in the morning!”

This article was originally published in May 2019.