Marlon Harewood: ‘At Pardew’s West Ham, we would fight for each other’ 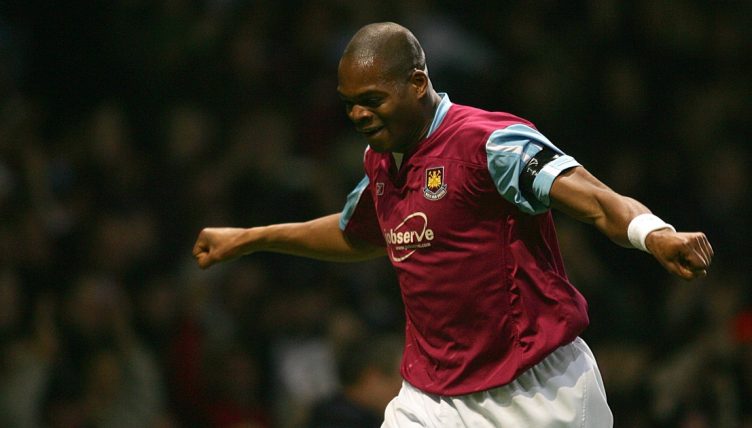 Marlon Harewood was responsible for some of the fondest footballing memories of my childhood.

From sitting on the Millennium Stadium pitch and shouting ‘that’s a fluke season that is’ after winning promotion in 2005, scoring the winner in the FA Cup semi-final one year later, to his match-winner against Arsenal that triggered something deep inside Arsene Wenger, Harewood spent three-and-a-half eventful years at West Ham during the mid-2000s.

Strong, quick and able to take a mean penalty, Harewood’s whole-hearted attitude won over the demanding Upton Park crowd and his 16 goals during the 2005-06 season made him a Fantasy Football staple.

It was a just reward for a player who made his name in England’s second tier with Nottingham Forest at the start of the century.

After coming through the ranks at the City Ground, during an era where Forest were awkwardly acclimatising to their reduced status, Harewood scored 20 goals as Paul Hart’s side came agonisingly close to promotion in 2003.

“He played a massive part in my move,” the former striker recalled when asked about Pardew’s role in the transfer, speaking to Planet Football on behalf of BETDAQ.

“When I was at Nottingham Forest, he gave me a ring and said, ‘I am the new manager at West Ham and I would love for you to be my number one striker’.

“When someone like him says that to you, you don’t want to turn it down. It was phenomenal. I wanted to rise to the occasion and was at the end of my contract with Nottingham Forest.

“Going back to London anyway and playing for the Hammers – I couldn’t think of anywhere better to go and try and further my career.

“I had been at Forest for such a long period, and I got to a time in my career where I wanted to move on and explore my options as a footballer.

“I had opportunities but when Pards came it was just one of those times where I thought, I’m going to take this.”

It wasn’t the easiest of assignments for any young player. Relegated the previous year, West Ham had sold most of the family silver – including Joe Cole, Glen Johnson and Frederic Kanoute – with Jermain Defoe soon to follow.

Accordingly, the mood in east London was sour. A stuttering promotion challenge failed to help matters, although Harewood scored twice on his home debut during a 4-0 thrashing of Wigan.

But a mediocre home record saw West Ham only reach the playoffs, where they lost 1-0 to Crystal Palace. Promotion to the Premier League looked like a remote possibility for much of the following season as well.

When asked about the pressures of playing at Upton Park during that era, Harewood said: “Yes and no (there was pressure), but I believed in myself.

“I was confident in myself that I could get them there (to the Premier League) and that I could do what I wanted to do and what he asked of me.

“Believing that I could go on to do what I did, becoming top scorer and getting to finals every year just excited me to do more. It was one of the times that I believed in myself and I knew what I was capable of doing.”

And his 17 league goals helped the Hammers qualify for the playoffs again, where Preston were beaten 1-0 in a nail-biting final in Cardiff.

Promotion sealed and pressure lifted, West Ham were a breath of fresh air in the Premier League and finished 9th in their first season back in England’s top flight.

Harewood was the club’s top scorer – notching more than Dean Ashton, Bobby Zamora and Teddy Sheringham – and attributes his hat-trick against Aston Villa in September 2005 as the catalyst for his excellent campaign.

“It was very important,” the 42-year-old remembered. “It was my first goal for West Ham in the Premier League as I’d gone without a goal for a few games…To get one was great but to get two more after that was like a dream come true.

“Playing in the Premier League and getting a hat-trick against Aston Villa was great as a striker because once you get your first goal, they all sort of follow suit.” 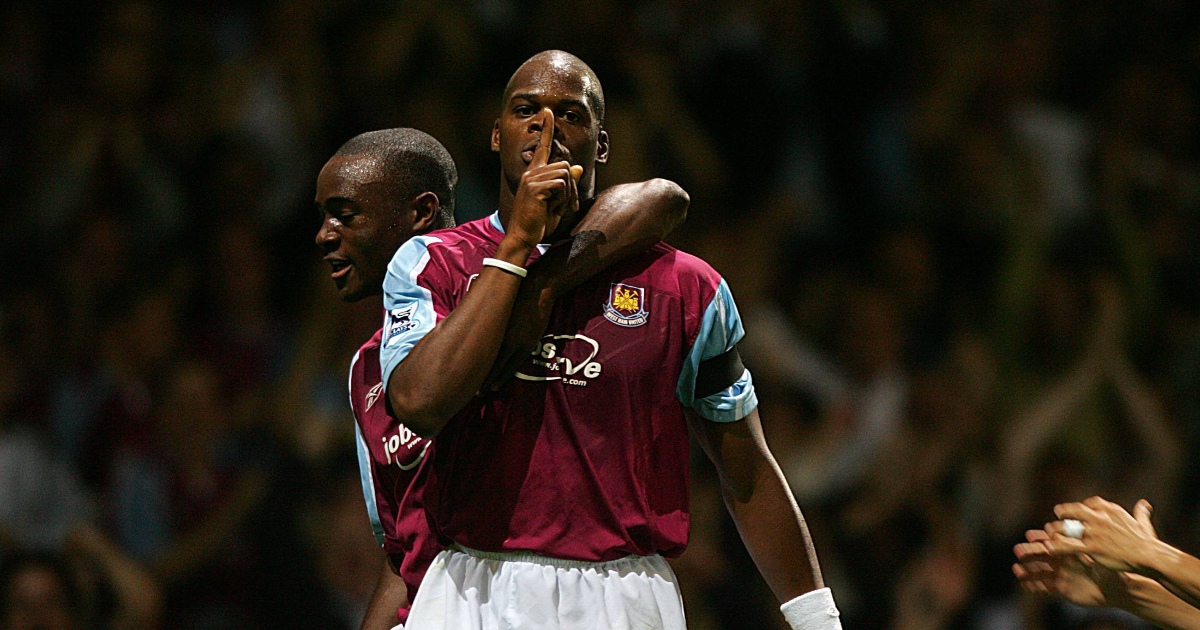 Part of the reason West Ham took to the Premier League like a duck to water was the immense team spirit at Upton Park. While Alan Pardew’s reputation would take a hit later in his career, he’d helped to build a young and hungry side that was full of character.

“We had loads, loads of characters,” Harewood said. “It’s hard to even say. Bobby Zamora, Yossi Benayoun, Anton Ferdinand, James Collins, Nigel Reo-Coker. We had loads. All the lads. Danny Gabbidon. It was a great dressing room, a very, very good dressing room.

“We had some good times together. The banter was right up there, we had a good team bond. When we went out there, we would fight for each other.”

Harewood also played an instrumental role in West Ham’s passage to the 2006 FA Cup final, scoring the Fifth Round winner against Bolton before his memorable strike against Middlesbrough to send the Hammers to Cardiff.

Memories of the final are bittersweet. West Ham led 2-0 and 3-2 before a Steven Gerrard-inspired Liverpool dragged the game to extra-time. An injured Harewood was forced to stay on the pitch with injury, skewing a chance wide in the dying seconds of extra-time.

West Ham suffered heartbreak in the penalty shoot-out and haven’t played in a major cup final since. Many West Ham supporters don’t like to dwell on the events of the match and Harewood shares that sentiment.

“Obviously I broke my foot and that happened in extra-time,” Harewood recalled. “I’m the usual penalty taker and I would have taken the first penalty but couldn’t take one.

“You don’t know what the chain of events could have been but obviously it is what it is. Looking back, it was one of those privileged moments of being in that situation and its fine margins.

“Maybe there was something we could have done to prevent it but what happened is done now so it’s best to reminisce on the good times.”

And there were plenty of those. Even during his last season at West Ham, where Harewood scored just four times and was sold to Aston Villa in the summer of 2007, the striker lifted the roof off Upton Park with a last-gasp winner against Arsenal.

Today, he makes a living running a luxury car and client service business called AC Premier. Harewood is also a club ambassador at West Ham and is regularly seen mixing with fans in the VIP lounge at the London Stadium.

Speaking about his role with the club’s official website, he said: “I would say the four years I was at West Ham were the best years of my career.

“It was truly special and that’s why I’m honoured to be an ambassador for the club now. I couldn’t think of anything better to do. It’s a privilege to be a part of this club.”

And Harewood left this childhood Hammer, along with thousands of others, with countless happy memories.

Marlon Harewood was speaking to Planet Football on behalf of BETDAQ.