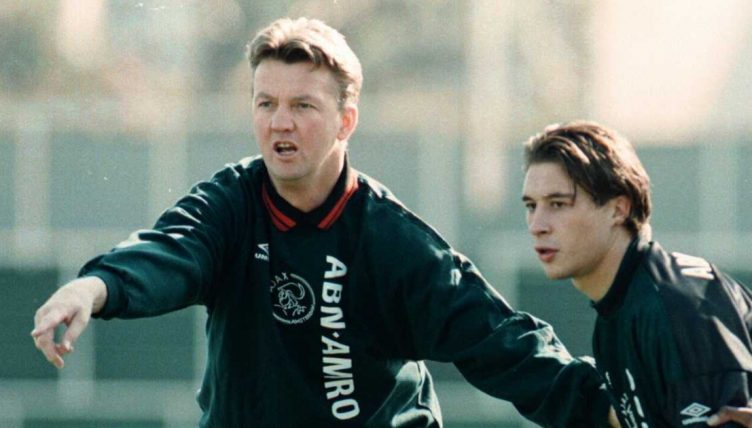 A former Ajax prodigy from the club’s mid-90s heyday, Martijn Reuser has come full circle. He’s once more working closely with the inimitable Louis van Gaal as part of the Dutch national team set-up, but they now enjoy a very different relationship.

“When I was young, I didn’t know how to be a good professional, so he was still teaching me. Sometimes we had a little miscommunication but now, to see him again after 25 years, of course I’m a little bit more grown-up. He sees me now as a full-grown man,” says Reuser.

“Sometimes we’d have a little bit of a bust-up or an argument, but now it’s nice to be on the other side of the line and to see him work. He’s still really demanding and he’s still on his toes to be one of the best managers at the moment.”

Coming through the fabled Ajax system shaped Reuser as a player and a person. He was a versatile attacker, technically accomplished and self-assured, with a clear sense of how football should be played. Edgar Davids, Clarence Seedorf, Patrick Kluivert and Michael Reiziger were fellow academy graduates who shared that same fearlessness.

“It’s in the DNA and the philosophy of the Ajax youth system to bring at least one-and-a-half players into the first team each year on average. They bring in young players and give them opportunities to perform. Nowadays, you see a lot of Ajax talents playing all around Europe and being successful, so that’s also a new business model.”

Wherever they end up, that grounding stays with them. It served Reuser well throughout a career that took him to Ipswich Town and the Premier League before returning to the Netherlands with Willem II, RKC Waalwijk and NAC Breda.

Reuser made his professional debut in 1993 and was gradually integrated into the first team. He started playing more regularly after Ajax’s historic Champions League win as the squad evolved. The commanding Frank Rijkaard retired and Seedorf left for Sampdoria.

Van Gaal saw Reuser’s potential and pushed him to keep improving. “He was really demanding and really focused on high standards off the pitch – commitment and being on time. He was very disciplined,” he explains.

“On the pitch, he had a good philosophy about the attacking side of the game, but he also brought in good, experienced players who took the youngsters by hand. There was a good mix, and he gelled all those players together.

“He stuck to his plan. He was really demanding every day. If you thought you’d played a good game, the next day he was demanding to raise the bar a little bit higher. You couldn’t really step off your game. Every day you were challenged to go further in your own development. Because he did that with every player, the standard of the team became higher and higher.” 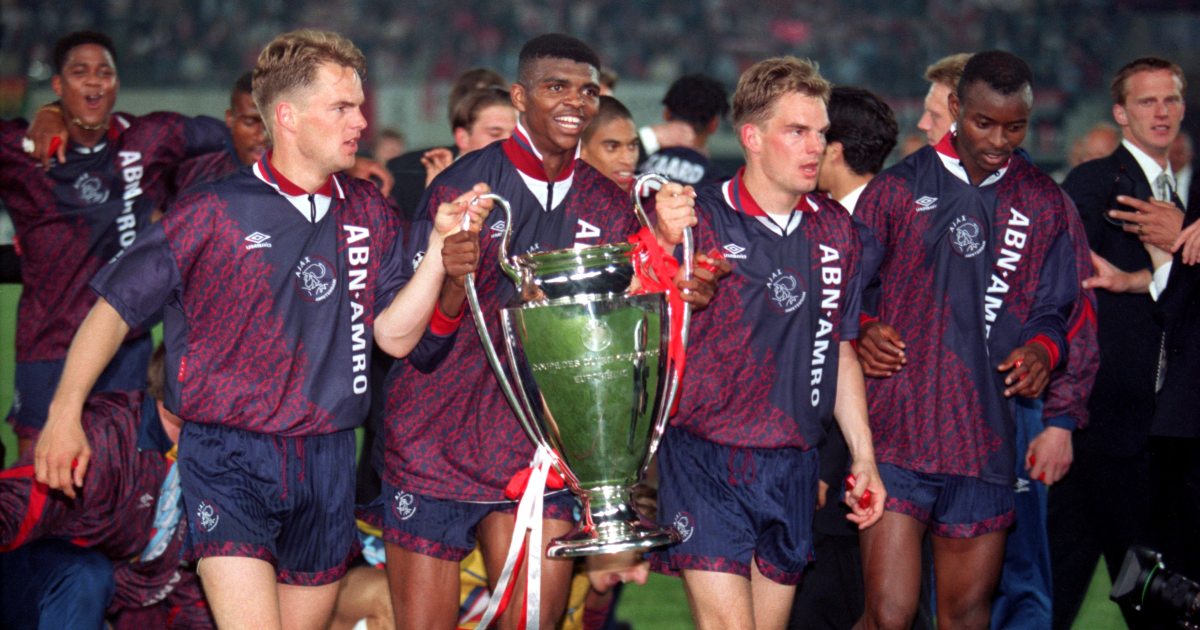 Despite their occasional disagreements, Reuser responded well to van Gaal’s methods, and he still credits him as the most influential manager he ever played for. At 20, he was progressing well until a broken leg set him back. Fortunately, he was undeterred.

“I was lucky that I could recover because there are some examples in the past where players had to stop their careers,” says Reuser. “It made me more aware that I should cherish my time as a professional football player. I still got another 15 years under my belt, so it made me stronger.”

In the summer of 1997, van Gaal left to take over at Barcelona. Morten Olsen came in as his replacement and Reuser discovered that he wasn’t part of the new manager’s plans. He spent the next two seasons on loan at Vitesse, where his superb form led to an international call-up.

“We played against Ghana in Vitesse’s stadium. It wasn’t the best game in the world – it ended 0-0 – but I came on in the second half. It was a difficult game, but only 750 or so players have ever represented the Dutch national team and I was proud to be one of them. I would rather have won more caps, but it stayed as one game.”

Reuser remained on the fringes after returning to Ajax, so he seized the chance to join promotion-chasing Ipswich on loan. He arrived with high expectations and didn’t disappoint. Supporters immediately embraced their new signing after he scored the winner against Fulham on his debut, stabbing home Jim Magilton’s through ball.

REWIND ⏮ | @ReuserMartijn's debut came against tomorrow's opponents, Fulham back in 2000 and he marked it with a late winner at Portman Road… #itfc pic.twitter.com/ezxT15yJ9A

More impressive goals followed in play-off victories over Bolton Wanderers and Barnsley. Although Reuser was disappointed to start the final on the bench, he showed his quality by coming on to seal the Tractor Boys’ success, racing away to fire into the roof of the net.

“We made history at that time, and you don’t really know the impact until 20 years later. You feel the impact because Ipswich have been relegated twice since then. Fans still remember the Wembley game against Barnsley,” he says.

“The image that I had of English football before I went was high tempo, a lot of passion within the game. The crowd was always helping you. I had to get used to the tempo, but I think, after half a year or so in the Premier League, I was used to it, and I was able to make a difference.”

Ipswich took everyone by surprise that season, finishing fifth ahead of a supremely talented Chelsea. They were even in contention to qualify for the Champions League right up until the final game as a group with little star quality massively exceeded expectations.

“It was a team performance,” says Reuser. “We had a really close group of players. We really knew our strengths and George Burley did an excellent job. The players proved they could perform on the highest level. Everyone had their own personal goals, and the ones we set as a team, and they all came together in that first year.”

🤳 "After Richard Naylor put me away from the halfway line, there was only one thing in my mind…"

It was a very different story in the second. A few more high-profile players arrived to strengthen the squad, but Reuser believes that they created an imbalance on the pitch and in the dressing room. Ipswich slumped to relegation.

“They wanted to raise the level, so they brought in three of four new players and that did something to the energy and togetherness of the team,” he recalls. “I think it felt a little bit apart. It took a while for the players to gel with the team so that cost us a lot of points in the league. Eventually, we came four points short of staying up, which was a shame.”

Reuser spent two more years at Portman Road, trying to help Ipswich back up, but he rarely started after falling out of favour under Joe Royle. He then enjoyed life back in the Eredivisie before retiring in 2010.

Coaching wasn’t considered a possibility until Reuser got involved with his son’s team and discovered a passion for showing young players how to improve their skills. After earning his qualifications, he took on his first role with the Dutch FA.

“I was coaching at several clubs in Holland, and I heard there was a job for an assistant coach of the Under-15s. I wasn’t really in a rush to be a head coach, so I wanted to learn from several coaches, especially in the beginning of my career.”

As a stubborn and headstrong youngster, Reuser admits that he could be difficult to handle at times. He understands the desire to challenge authority and believes that those early experiences enable him to deal with opinionated players in the right way.

“I see the struggle that they sometimes have, where they don’t see the bigger picture. I just have a little word with them and acknowledge the problems they have, and accept that it’s not always easy to be a professional football player,” says the 46-year-old.

“I want to get on the same level and talk to them, but also demand more of the player. I think the players I coach have the feeling that the way I coach them is really genuine. I’m honest with them, but also a little bit of a big brother or a father figure.”

After three years as an assistant, Reuser took charge of the Under-15s and has followed that group through. He’s currently managing the Under-18s, while scouting for the senior team, and feels optimistic about the Netherlands’ future after seeing his former mentor lead them to World Cup qualification.

“Dutch football is well known all over the world. Hopefully now, with Louis van Gaal, with a lot of experience and a lot of new, talented players, we can show the world again what Dutch football is all about. Being involved in the Dutch FA for the last five years, I see a lot of talent knocking on the door.”

Some have already made the breakthrough. Reuser is proud to have seen Ajax duo Jurrien Timber and Ryan Gravenberch make their mark after working closely with them in the past. He’s hopeful that there’s more to come on a personal level too.

“I’ve been coaching and managing for 11 years. Hopefully I will be appointed to do the UEFA Pro Licence next year. Eventually, I want to make my steps within football, but you can be a manager at the age of 70, 75, so I have the time. I’m not in a rush. I want to learn every day,” says Reuser.

“When I was young, I was always saying that I wanted to be the best player in the world. I’m more grown up now, so I’m not sure where it’s going to end, but I’m happy at the moment, and, if I continue the way I am, hopefully one day you will see me at the highest level.”

George Burley: Too many signings after making Europe cost Ipswich

A detailed recollection of Netherlands 2 Czechs 3, the maddest Euro game ever