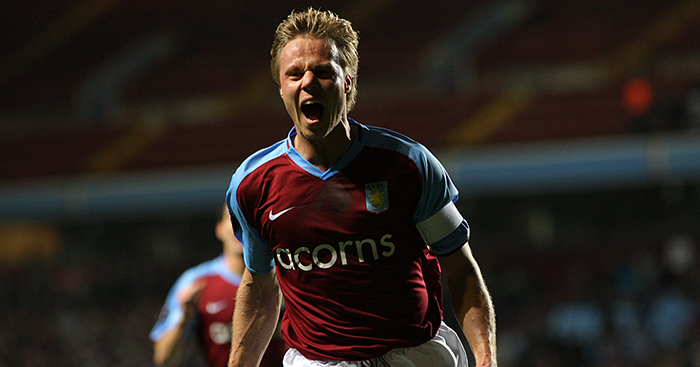 Aston Villa fans love Martin Laursen. Like properly, properly love him. And the feeling is mutual. Speak to him about Villa and you’ll soon realise he’s genuinely so, so proud to have played for and captained the club. But he’s clear about one thing: that amazing bond he’s got with those fans wouldn’t have happened without Martin O’Neill.

Laursen joined Villa from AC Milan in 2004 and spent the final five years of his career in the West Midlands before his troublesome knee finally forced him to call it a day. Along the way he captained the club in Europe, won the Danish Football Player of the Year award in 2008 and was named the Villa fans’ Player of the Season that same year – but things certainly did not start smoothly under David O’Leary.

O’Leary had helped sell the club to Laursen when he spoke with several Premier League clubs interested in signing him from Milan, but upon joining, having seemingly put his knee problems behind him, the Denmark international soon realised that was about to change under the Irishman.

Speaking to us on the latest episode of The Broken Metatarsal, our podcast dedicated to 2000s football, Laursen says: “After I had a year and a half without any problems at all with my knee, I came to Aston Villa and started doing some very heavy squats. My knee couldn’t do it.

“I couldn’t manage all these squats that he wanted me to do, David O’Leary. It was a little bit old fashioned to do leg strengthening exercises in that way. For some players it was okay, but for me it wasn’t good and turned out to be very bad.

“For more or less three seasons I was gone, away from football. It was a nightmare with him because he just wanted to squeeze the lemon, use me and then throw me away.

“I couldn’t even train without taking painkillers. Everyone said to me that taking a painkiller for the match is okay, but if you have to take painkillers during the week to train it’s bad. He couldn’t accept that. He wanted me to continue and to play, and that would have ruined my knee and my career.

“I was not 19 years old, I was experienced and I could say no to that. But I was not happy with him because he only thought about himself, he only thought that I was good to have in the squad for some months.

“So it was not good. It was much better with Martin O’Neill, he understood my situation much better.”

O’Leary’s approach to conditioning saw that Laursen made only 12 appearances in his first season at Villa and then just one in his second, yet even then the defender was still confident he had made the right decision in moving from Milan to the Premier League, and Villa in particular.

“I knew I was good for the Premier League because of the way I played football,” Laursen says. “Obviously it was hard with the injuries, but I could feel straight away that England as a country, the culture, the mentality, the football was better for me than in Italy.

“It was good in Italy, I learned a lot tactically, technically, but I had to move on because my strength as a footballer was more in England.

“I had conversations with different teams, but I chose Aston Villa because of the impression I had of the stadium, their history. They played really well and ended up really high the season before I came so I thought it was great.

“I had a good impression of David O’Leary in the beginning as well before I started to work with him so everything was good.” 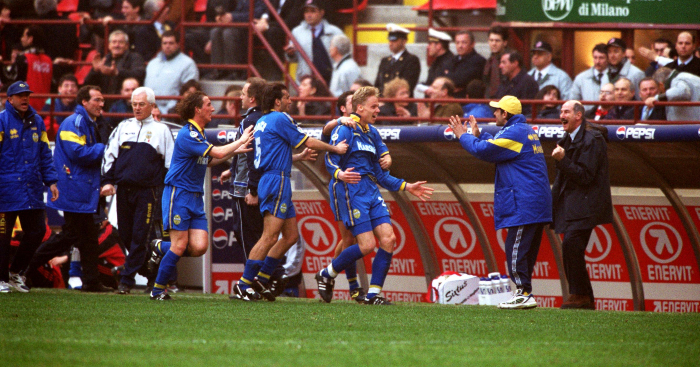 READ: Martin Laursen on the day he was attacked by Reggina fans with Verona

In the summer of 2006, a 16th-placed finish in the Premier League led to O’Leary being replaced by O’Neill, a switch which paid dividends for Villa and for Laursen in particular.

“Some players hated Martin O’Neill because of the way he managed. He was very old fashioned, it was his way or the high way. You couldn’t say a lot to him, he was the one who decided everything.

“But if we just talk about my situation with him, that was incredibly good. He said to me, ‘The games are important. What you do from Monday to Friday, I won’t say that I don’t care, but the most important thing is that you are available for Saturday.’

“And that was great for me to hear because David O’Leary said I should be out to every training session, whatever. But Martin O’Neill said you can train inside if you want on Monday, Tuesday, have Wednesday off, then sometimes train with us on Thursday, otherwise just train with us on Friday. It depends how you feel, how your knee feels.

“He gave me things that I could do on my own and that was because I was an experienced player. It wasn’t like I didn’t do anything inside, I had my things to do, but he didn’t push my knee Monday to Friday like David O’Leary did and that was just perfect for me because that gave me the possibility to be 100% fit for the games and obviously I played well. 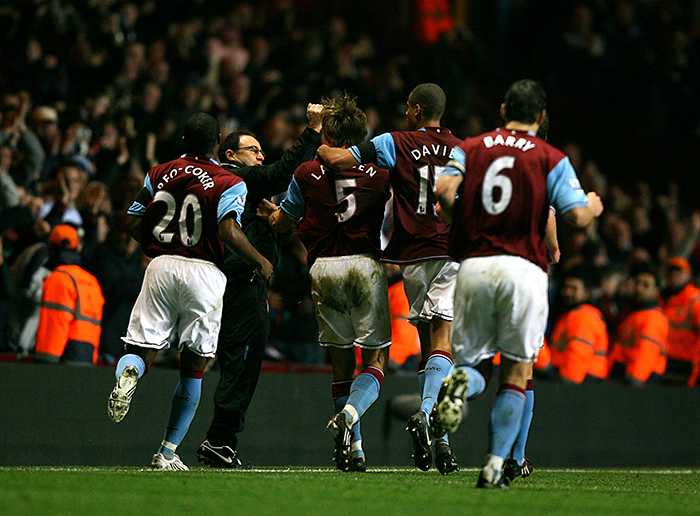 Villa improved to finish 11th in their first season under O’Neill, but things really came together in 2007-08, when they finished sixth to qualify for the Intertoto Cup and then the UEFA Cup as joint-winners of the barmy competition.

Laursen was named the fans’ player of the year and captained the club to the last 32 of the UEFA Cup, memorably scoring in front of the Holte End in a win over Ajax, but the following season, 2008-09, proved to be his last as another knee injury in December led to him announcing his retirement aged just 32.

Despite the obvious regrets, Laursen looks back at his five years at the club with immense pride. It was the perfect club, the perfect manager, the perfect set of fans for him to make himself a hero.

“I was extremely proud of being the captain of Aston Villa, the way they shouted my name when I went up for corners, free-kicks, when I scored goals. Being the first man to enter, all the things that were said to me when I was playing but also now when I hear from Aston Villa fans, it’s unbelievable so many years after.

“I was so, so sad when I had to announce that I couldn’t play anymore because I was playing so well. I was extremely happy there and I was only 31. I would have loved to play three, four, five more seasons at Aston Villa because I had a relationship that you cannot imagine with the club, with the fans, with everyone.

“So it was really sad for me to not be able to play anymore, but that’s how it was. I couldn’t do anything about that, I can only think back to how proud I was to be there and to be captain and the games that I played.”

Listen to the full episode of The Broken Metatarsal below or in any of the usual places to hear Laursen talk more about Villa and also his time in Italy, including being part-owned by Parma, blagging a move to AC Milan and being attacked by Reggina fans after a crazy relegation play-off.