Mason Mount, Serie A & MOTD: How soccer left its mark on The Sopranos 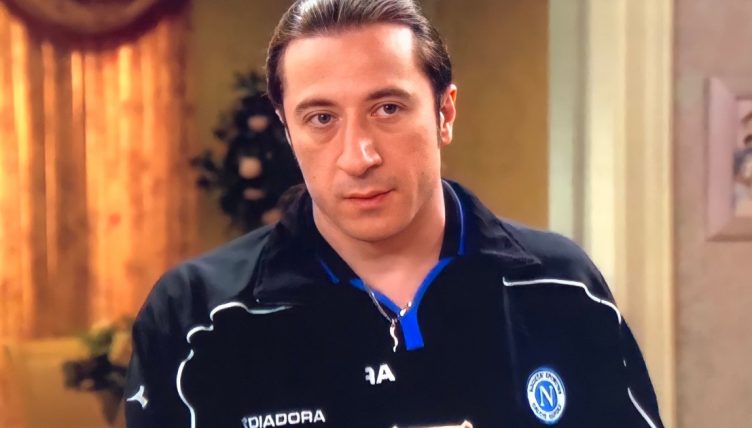 While Mason Mount was born in Portsmouth, 600 miles south Inter Milan’s mesmerising attacking trio of Ronaldo, Ivan Zamorano and Roberto Baggio were putting Venezia to the sword in a thumping 6-2 Serie A win at the San Siro.

Chilean forward Zamorano presumably celebrated his hat-trick in one of Milan’s bustling nightclubs that evening, perhaps treating Ronaldo to a Negroni sbagliato or two in return for assisting the first of his treble with a flurry of stepovers, but had he instead chosen to stay at home for a night in front of the box he would have witnessed television history in the making.

As Mount was struggling to take his first uneasy steps in the world, over on American television network HBO a New Jersey mobster was finding it equally tricky keeping his balance.

January 10, 1999, brought the world Mount, a bullish Zamorano hat-trick and the pilot of The Sopranos, in which mob boss Tony Soprano is forced to visit a psychiatrist after collapsing at a family BBQ.

While that might not sound like a particularly alluring opener, David Chase’s creation spawned 86 episodes of arguably the greatest TV series ever, with all due respect to The Wire, Breaking Bad and Footballers’ Wives. Fast-forward 22 years and, like every kit Gabriel Batistuta adorned at Fiorentina, The Sopranos effortlessly thrives among a modern landscape.

But The Sopranos’ relationship with soccer extends beyond sartorial elegance: Wayne Rooney has tweeted his admiration for Tony and his crew, Rio Ferdinand talked about “all the lads at the club” loving the show during his time at Manchester United and Steven Gerrard blames it for getting in the way of starting his coaching badges.

It takes just nine episodes for football to make an appearance in The Sopranos, although the title name of ‘Boca’, which aired on March 7, 1999, bears no relation to Argentinian outfit Boca Juniors, for whom Diego Maradona had played his final game two years prior.

Football plays a central role in the episode, with Tony’s daughter Meadow starring for her school’s soccer team, coached by the acclaimed Don Hauser. When it transpires that Hauser is considering a rival coaching offer, Tony and his crew pull out all the stops to convince him to stay, only for Meadow to reveal that he’s been sleeping with one of her team-mates.

Putting to one side the distressing nature of the plot, the use of women’s football as a key storytelling tool in a major television series spoke volumes as to where soccer was in America at the time.

Having hosted the World Cup for the first time in 1994, losing to eventual winners Brazil in the round of 16, America was riding a tidal wave of interest in the game, with Major League Soccer’s inaugural campaign kicking off in 1996, the same year USA’s women team became gold medallists at the Atlanta Olympic Games.

The 1998 World Cup was nothing short of a disaster for the men’s team, with USA finishing pointless in Group F after suffering an embarrassing 2-1 defeat at the hands of Iran, but the women’s game was on hand to sustain momentum by hosting the 1999 World Cup.

That crown was handed over to Germany by the time women’s football next appeared on The Sopranos – in the 10th episode of series five, which aired on May 9th 2004 – although interest in the 2003 Women’s World Cup was again boosted by America’s hosting of the tournament following a SARS outbreak in China.

USA didn’t have to wait long to reassert their dominance, however, sweeping all before them to secure gold at the 2004 Olympic Games in Athens.

While women’s soccer can proudly claim to have played a major role in two episodes of The Sopranos, the influence of the men’s game was subtler, and often only apparent to those spend their days lustfully scrolling on Classic Football Shirts for retro football kits they’ll never be brave enough to wear at five-a-side.

That Napoli are the first football club to feature in The Sopranos – Salvatore ‘Big Pussy’ Bonpensiero is busted by the FBI during an illegal card game while wearing a Napoli tracksuit in the 11th episode of the show – is by no means an accident, although not motivated by sporting prowess.

After all, Napoli were a middling Serie B side long removed from the glory days of Maradona and Careca in the late eighties when ‘Nobody Knows Anything’ aired on March 21, 1999.

Napoli’s presence on the show owes much to Tony and many of his closest allies’ ancestral roots. Tony’s family hailed from Avellino, roughly 50km from Naples, while his wife Carmela’s relatives also came from Italy’s third-largest city.

The same can be said for captains Paulie Gualtieri and Christopher Moltisanti, although the latter’s real-life links to Lazio, through actor Michael Imperioli’s grandparents, go some way to explaining why he wears what appears to be a sponsorless Biancocelesti shirt during the iconic ‘Whitecaps’ episode at the end of season four.

Lazio wore the kit during the 2000-01 season, in which Sven-Goran Eriksson was sacked after failing to defend the Serie A title with a squad containing Alessandro Nesta, Pavel Nedved, Juan Sebastian Veron, Hernan Crespo, Marcelo Salas and Claudio Lopez. 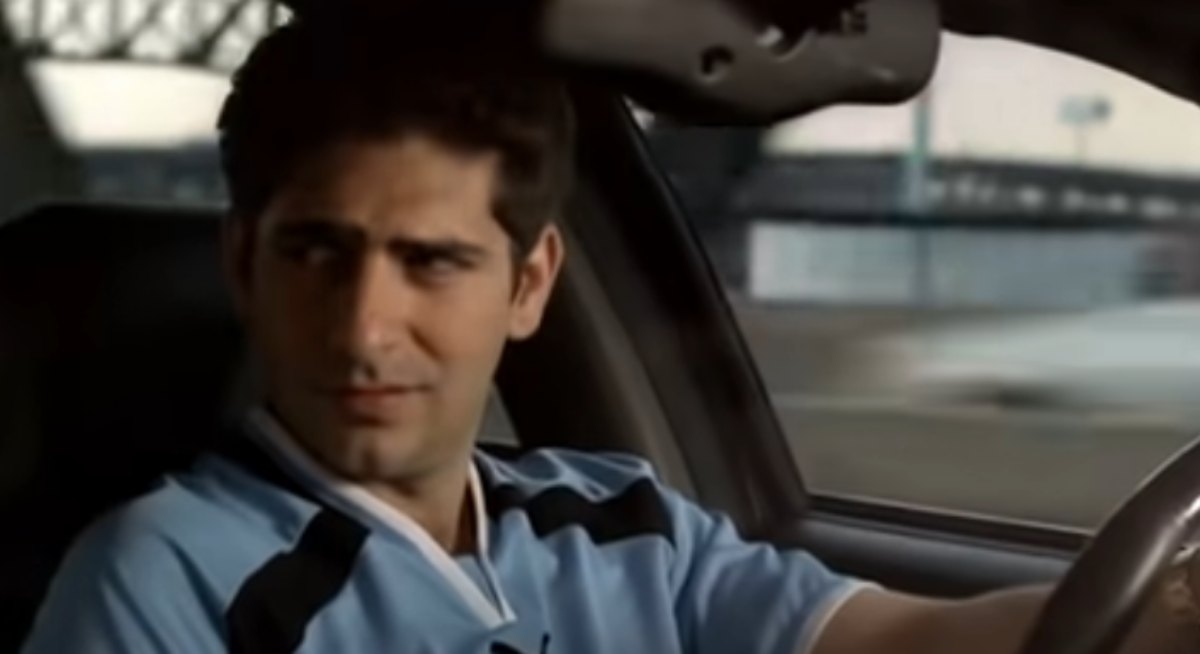 Of course, you can’t talk about Napoli and The Sopranos without mentioning Furio Giunta. The Naples-born Soprano associate, whose divine ponytail was straight out of Roberto Baggio’s lookbook, gained instant cult status after pairing a full Napoli tracksuit with the 2001-02 Peroni-embossed third kit in the 12th episode of season four.

Furio’s resplendence was such that internet rumours sprang up claiming actor Federico Castelluccio had been part of the Napoli academy as a youngster, although this myth was sadly dispelled when it became apparent that he’d moved from Naples to New Jersey at the age of three. 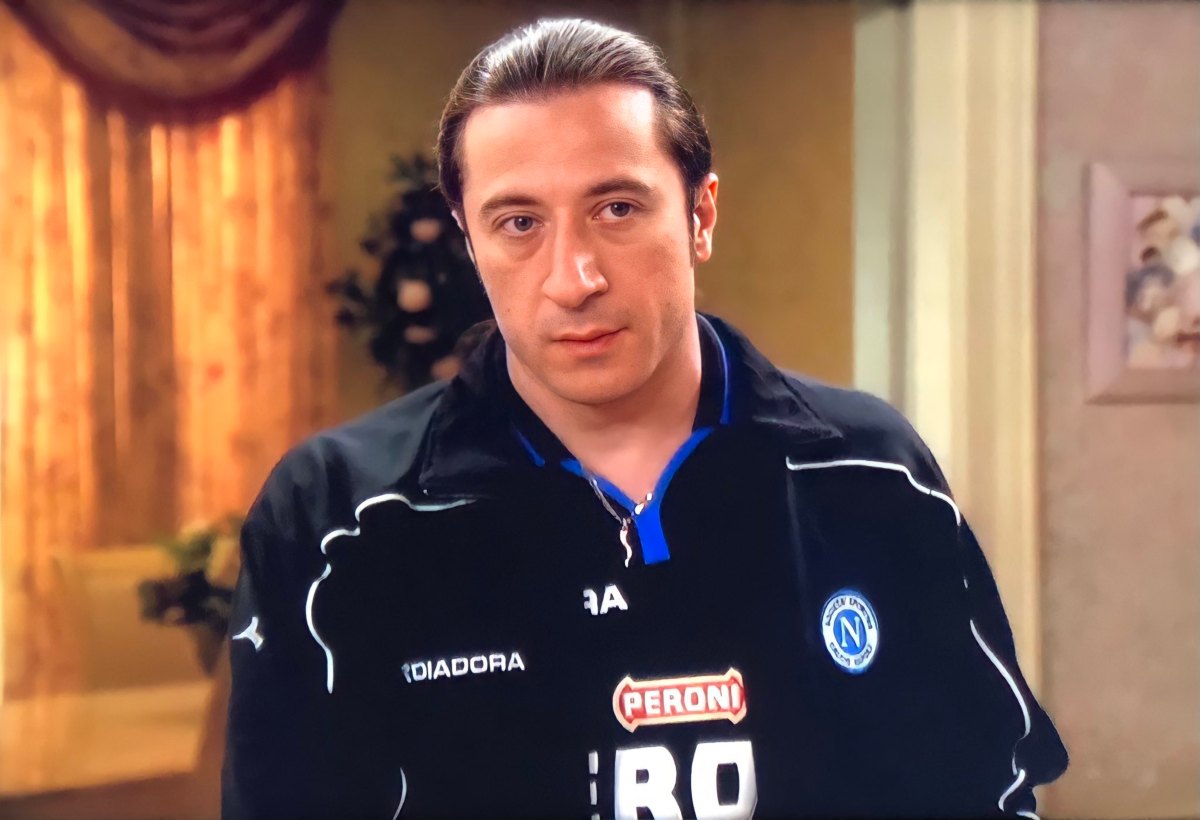 Furio was no stranger to donning a football shirt, with a lesser discussed but equally eye-catching look seen in the final episode of season two, when the heavy-handed enforcer went all Francesco Totti and combined a shiny leather jacket with Italy’s 1999 Kappa home kit. 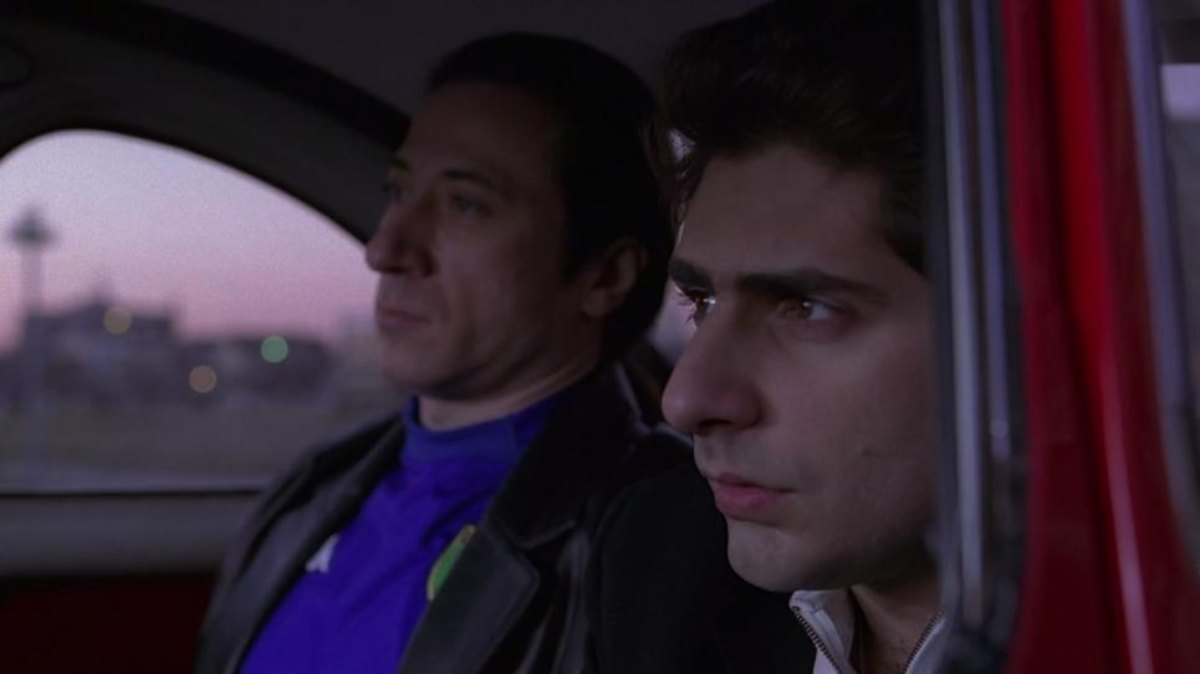 International strips were few and far between on The Sopranos, although Brazil’s 2002-03 home kit appears briefly in the eighth episode of season five, which aired 665 days after Ronaldo’s double sealed a record fifth Brazilian World Cup.

Given the repeated references to the “old country”, it would have been remiss of The Sopranos to ignore Italy’s most successful football club, Juventus, despite the pleasure Tony’s relatives back in Naples would have gleaned from a complete whitewash of The Old Lady.

In order to keep the ancestors happy, the first sighting of a Juventus tracksuit – in the 12th episode of season five – is briefer than Nicklas Bendtner’s time in Turin. While a 1998-99 Kappa tracksuit worn by Zinedine Zidane, Edgar Davids and a young Thierry Henry flickers in the background, Richie Aprile tries, unsuccessfully, to convince Albert Barese to take out Tony.

Just as that move proved fatal for Aprile, the date that ‘Knight in White Satin Armor’ aired – April 2, 2000 – proved definitive for Juventus. The previous night, a solitary Diego Simeone goal sunk the Bianconeri in what transpired to be a pivotal moment in Juventus losing out to Lazio in the Serie A title race by a single point. 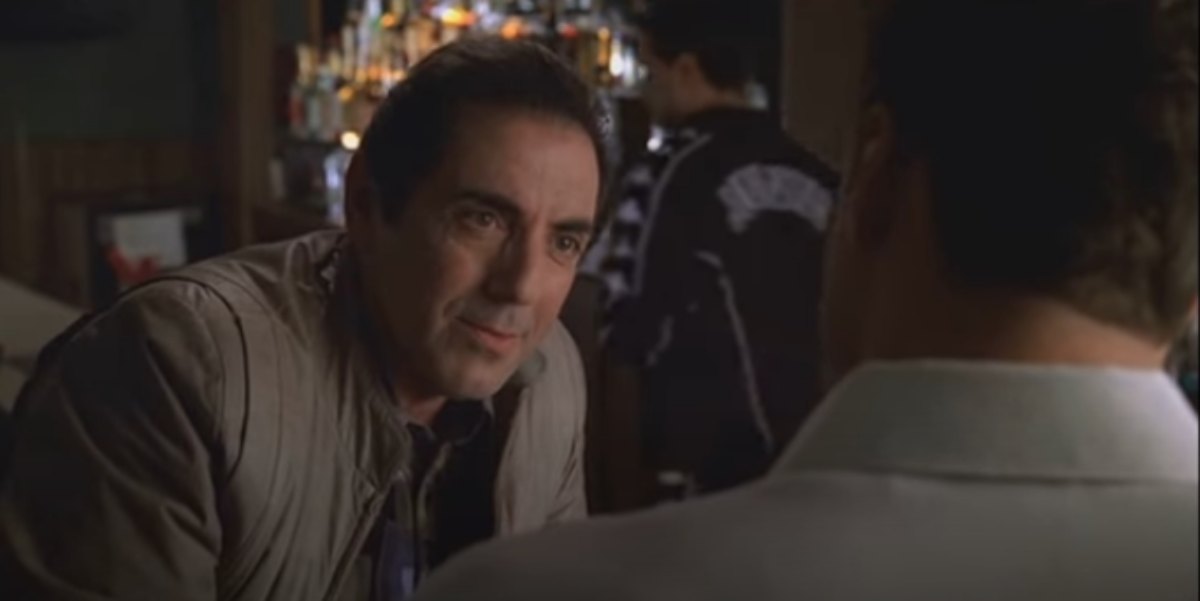 Six years and three Serie A championships later, Juventus made a second appearance in a show about corruption and power; fitting given both the 2004-05 and 2005-06 Serie A titles would be stripped from the club as a consequence of the Calciopoli scandal.

However, ignorance was bliss on March 7, 2006 – the date Juventus’ home kit appeared in the ninth episode of series six – as Fabio Capello’s side beat Palermo 2-1 on the penultimate day of what 56,000 fans at the Stadio delle Alpi believed was the crowning home game a victorious season.

Instead, Alessandro Del Piero and co kicked off the following campaign in Serie B, and Juventus would go without a top-flight title until 2012, when Andrea Pirlo inspired something of a sporting redemption. 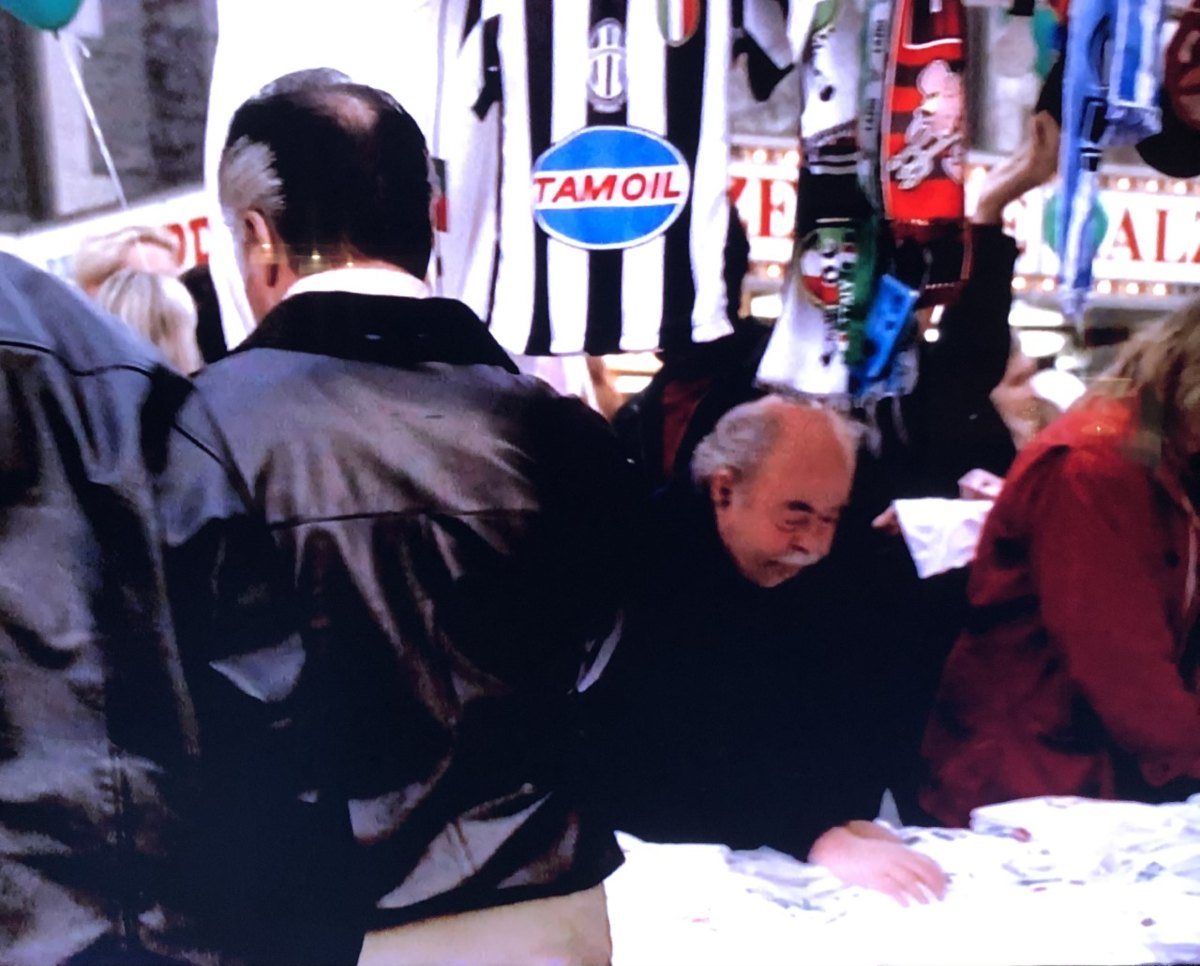 While Juventus are arguably the biggest club to appear on The Sopranos, you have to look closer to home to find the team featured most regularly on the show. New York/New Jersey MetroStars – now rebranded as the New York Red Bulls – appear repeatedly throughout season two, thanks to Tony’s son, AJ.

Tony’s heir displays his support for his local MLS side by wearing MetroStars gear in episodes three, five and eight of the second series; a brave move given how the club was faring at the time of the show going live.

The MetroStars finished rock bottom of the 1999 MLS Eastern Conference, despite the presence of New Jersey native Tim Howard on the roster, and were gearing up for the 2000 MLS campaign when AJ went public with his support. 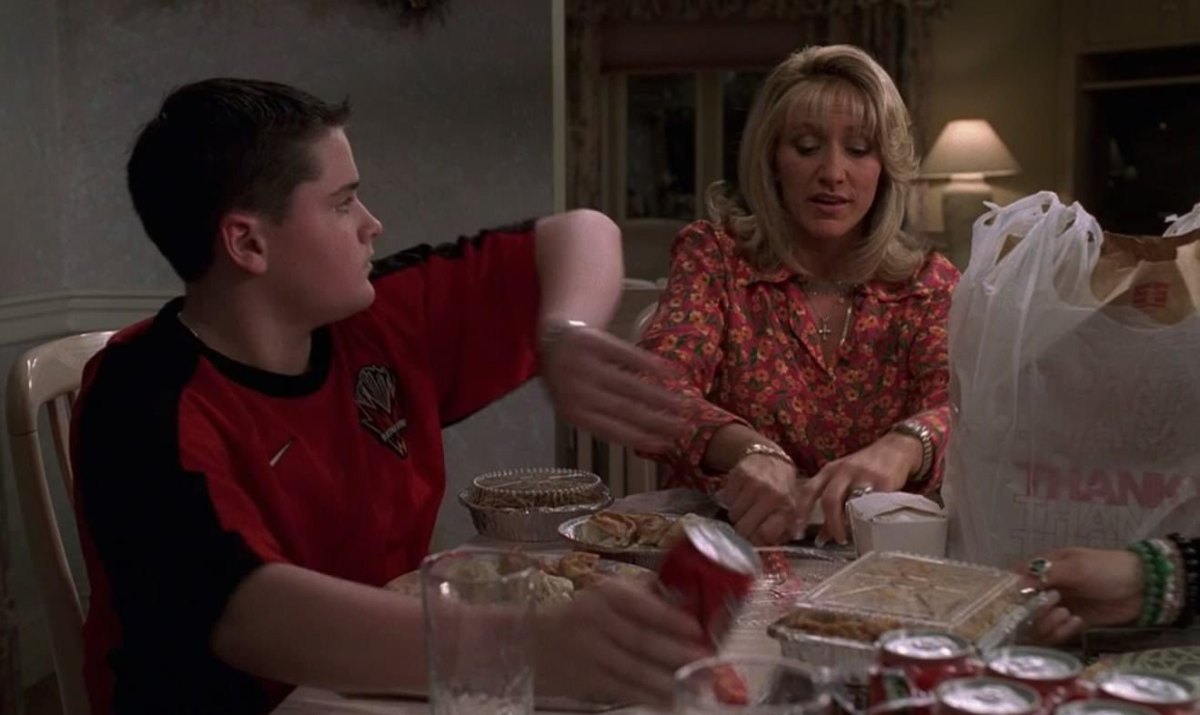 There was also a real-life element to the MetroStars inclusion in the show, with Serbian midfielder Sasa Curic, once of Bolton, Aston Villa, Crystal Palace and Motherwell, recalling meetings with the cast of the show while playing for the club.

As other real-life crossovers with soccer and The Sopranos go, a football match is playing out on TV as Kim invites Tony Blundetto into his office to discuss business during the sixth episode of season five. Although it’s tempting to conclude that the match on show is South Korea’s infamous clash with Italy at the 2002 World Cup, due to the kit colours it’s ultimately unclear who’s playing. 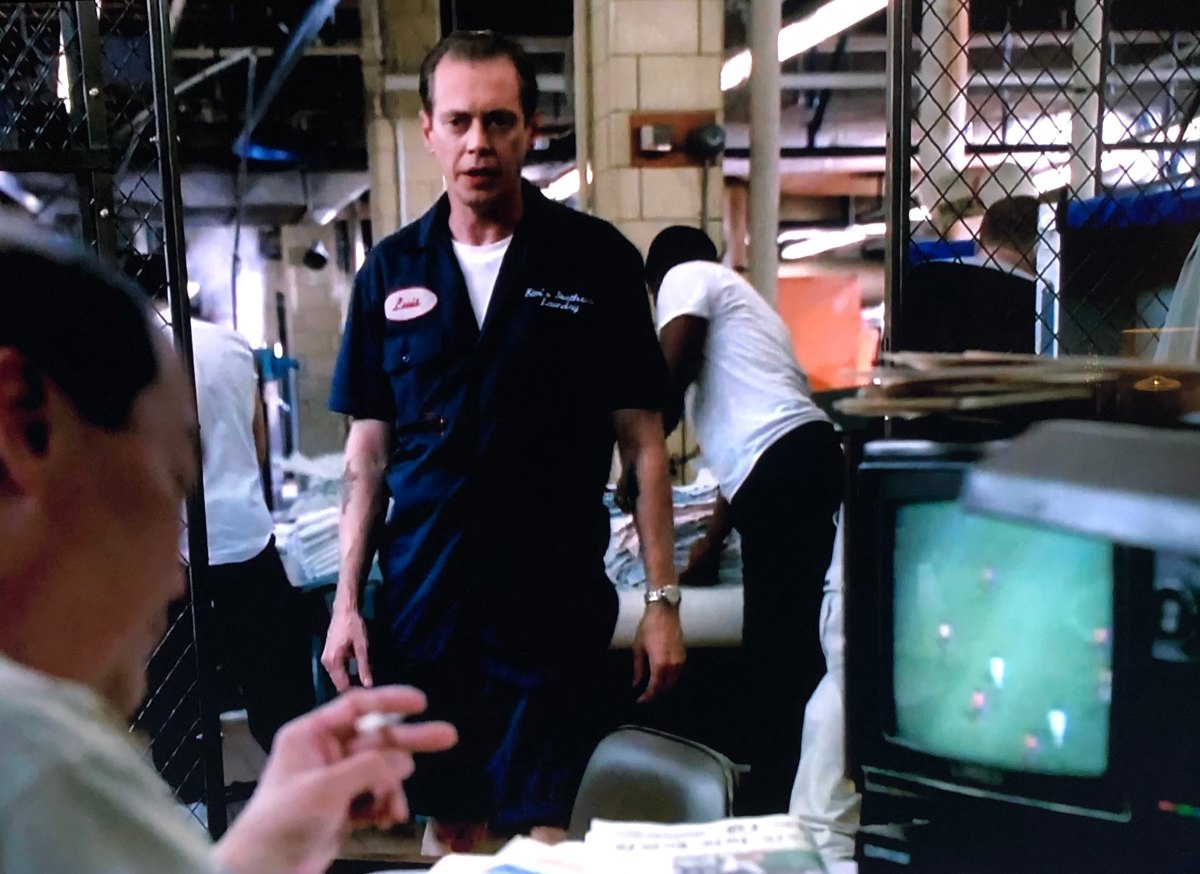 What isn’t up for debate is Match of the Day commentator Jonathan Pearce’s surreal appearance in the eighth episode of season four, with the 61-year-old’s voice instantly recognisable over the episode of Robot Wars blaring out from Janice Soprano’s TV.

An unlikely mention for Danny Drinkwater, too, whose name translates loosely as ‘Bevilaqua’ in Italian. As fate would have it, there are similarities between the way Drinkwater and Matt Bevilaqua – an associate of The Sopranos family – rise to prominence before being cut adrift.

Drinkwater can at least console himself in the fact that his fall has taken him to Turkish side Kasımpasa, a much more preferable outcome than Bevilaqua ultimately faced.

From Napoli to Juventus, via Match of the Day and the burgeoning women’s game, football and The Sopranos are unlikely bedfellows, and the marriage didn’t necessarily end with the iconic finale, which aired on June 10, 2007.

The Sopranos prequel, The Many Saints of Newark, is scheduled for release in September and stars American actor Alessandro Nivola in the main role. Aside from playing fictional Chelsea, Newcastle and Real Madrid footballer Gavin Harris in Goal and Goal II: Living the Dream, Nivola had the honour of sharing a pitch with Maradona, Paul Gascoigne and Gianfranco Zola at the 2006 Soccer Aid game.

As a descendent of Sardinian ancestry and a self-confessed football nut, don’t be surprised if Nivola finds a way to sneak a 2003-04 Cagliari home shirt adorned with ‘Zola 10’ onto the set, in doing so continuing The Sopranos’ links with the beautiful game.