An ode to Mateusz Klich, the beating heart of Marcelo Bielsa’s Leeds 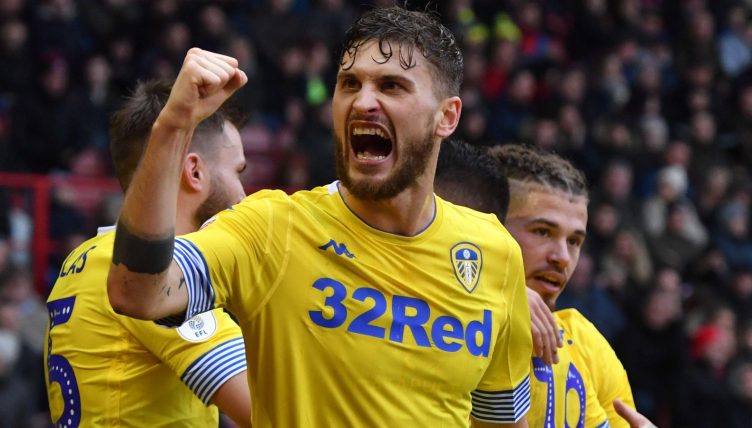 “This Leeds pressing isn’t even funny anymore. If Mateusz Klich forces poor Joe Allen any further back he’ll be in 2016 and playing for Liverpool again.”

That wonderful line from Katie Whyatt, in the BBC Sport live blog of Marcelo Bielsa’s first match in charge of Leeds United, struck such a chord with the fans that it went viral. The screencap still occasionally does the rounds nearly five years later.

It’s fitting that Mateusz Klich is the name cited. The Poland international was the beating heart of Bielsa’s Leeds from day one.

Klich had arrived a year before the club’s glorious reawakening, that 3-1 win over Stoke City on the opening day of the 2018-19 season. But his debut campaign had been something to forget, a familiar tale after a near-decade of false dawns and midtable Championship mediocrity.

Signed as a 27-year-old from FC Twente for a reported fee of £1.5million, the midfielder was one of the first arrivals under new owner Andrea Radrizzani, new director of football Victor Orta and new manager Thomas Christiansen.

Leeds had narrowly missed out on the play-offs the year before and the hope was that Klich – one of many new additions – would help usher in a new era, one that left the bitter memories of failure under Massimo Cellino, Gulf Finance House and Ken Bates behind.

But things didn’t quite work out that way. Christiansen never took to Klich, handing him just five Championship appearances.

In the Pole’s only league start that season, he made a costly mistake in a 3-1 defeat to Cardiff. Christiansen publically chastised him, and he was promptly sent back out to the Eredivisie on loan.

“In the midfield, I slipped and lost the ball, after which we conceded a goal. Then the coach refused to pick me, because of one mistake that I couldn’t do much about,” Klich told Voetbal International.

“I became very angry with him after that and it was over for me for Leeds. I wouldn’t play anymore under that coach.”

Christiansen followed him out of the exit door, sacked less than a fortnight later. Paul Heckingbottom then came in, guiding the Whites to yet another underwhelming bottom-half finish.

By the time Bielsa arrived in the summer of 2018, Klich was already something of a forgotten man, seemingly to become yet another of Leeds’ several dozen “remember him?” signings of their 16-year stint in the Football League.

Indeed, Klich was reportedly never in Bielsa’s original masterplan at Elland Road. In his first summer at the club, the Argentinian coach split the players into two groups – one he planned to work with, and one he didn’t. Klich was in the latter group, but an injury to Adam Forshaw gave him an opportunity to show what he could offer.

“I’m not afraid to fight,” Klich promised when he was first unveiled. He said he had “unfinished business” at Elland Road after returning from his half-season stint at FC Utrecht. True to his word, the midfielder excelled in the first pre-season under Bielsa, forcing his way into the starting line-up for the opening match of 2018-19.

He never looked back after scoring the first goal of the Bielsa era against the promotion favourites. From that day forth he’d made himself indispensable. No player – at any club, anywhere – has made more appearances for the legendary tactician.

Klich was the perfect Bielsa player. He had the humility and stamina to do the relentless running demanded. He also possessed the technical ability and positional intelligence to carry out the tactical instructions.

Blessed with a ridiculous engine, he started 92 successive league games across Bielsa’s first two seasons at Leeds – right from that game against Stoke to the penultimate match of the 2019-20 campaign, when Leeds celebrated their promotion by beating Derby 3-1.

Heroically hungover, Klich played no role in the match that day, but that didn’t stop him getting onto the Pride Park pitch, breakdancing on the turf amid the celebrations after the final whistle.

Across that 92-match run, Klich was present for every step of Leeds’ exhilarating journey back to the promised land. From the ups to the downs, he lived the experience with the fans. There was no way that he wasn’t going to drink in Leeds’ promotion celebrations.

Over the course of that remarkable journey, Klich had endeared himself to the supporters like few others. There was never anything performative about him, nothing contrived about how he forged that bond. Klich just got it – as can only ever be the case, that came naturally, as with the likes of Vinnie Jones and David Batty before him.

It had to be him putting the finishing touch against Aston Villa, capitalising on confusion following an injury, and sparking the mother of all brawls and one of the funniest scenes in Championship history.

“To be fair I didn’t see him laying on the ground and I just carried on the action,” he explained after Leeds allowed Villa to walk in an equaliser.

“I was focused on the goal and if I’d seen that I shouldn’t be doing this but I didn’t see anything and it went crazy after that.”

It’s a vital and delightful part of the Klich oeuvre, but to focus purely on the Klichousery is doing a disservice to what an accomplished footballer he was for Leeds. The midfielder’s performances for Bielsa’s side led to him getting into the Poland set-up and representing them at Euro 2020.

Like so many others from that Championship-winning side, Klich effortlessly made the step up, scoring at Anfield in the club’s first Premier League match since 2004 and shining as Leeds scored more goals and picked up more points than any other promoted side in decades.

Bielsa even remarked that “Klich can play in all the best teams in the world” during a particularly good run of form as Leeds finished ninth in the Premier League in 2020-21.

After years of consistency, Klich finally went through a drop in form in 2021-22 as Leeds endured a near-total system breakdown, leading to Bielsa being sacked and the narrowest of relegation escapes.

While others have had an opportunity to play themselves back into form under Bielsa’s successor Jesse Marsch, Klich has spent almost the entirety of the American coach’s tenure on the periphery of the first team.

“I wish I could stay, but I have never enjoyed being on the bench,” explained Klich in a heartfelt goodbye letter ahead of his reportedly imminent move to DC United.

Given a heroes’ farewell from team-mates that adored him, Klich’s Leeds United exit comes with a tinge of regret and sadness. There’s certainly an argument that he still has plenty to offer.

But leaving this way ensures that Klich’s legacy at Elland Road remains intact forever. He was the embodiment of that unforgettable Bielsa team. A leading man during one of the most enjoyable and exhilarating periods of the club’s history. Mateusz Klich is a Leeds United legend.

TRY A QUIZ: Can you name every player to appear for Leeds under Marcelo Bielsa?