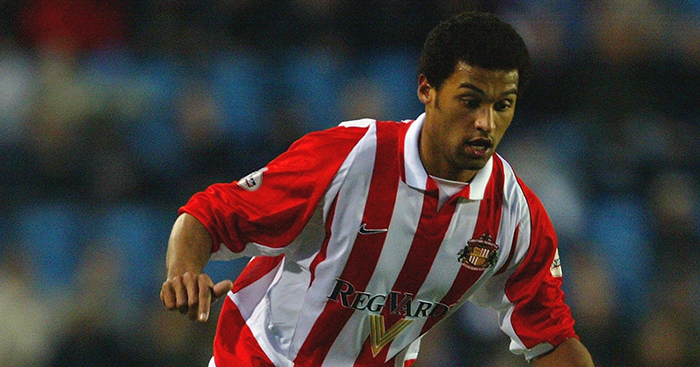 Matt Piper was just 26 when he was told his time was up. After four injury-marred years at Sunderland, and just five and a half years since his Premier League breakthrough with Leicester City, he was advised to walk away while he still could.

The winger, who made his breakthrough at Leicester before a £3.5million move to Wearside, might have ploughed on, but he risked causing himself irreversible damage if he did so.

A hereditary problem with lax ligaments led to 16 surgeries in total, eight on each knee, and eventually the decision to leave a career in professional football behind with barely more than 50 first-team appearances to his name.

“In the end, when Dr [Richard] Steadman actually said, ‘I think you should quit,’ a feeling of relief went through my body,” Piper says.

“No one understands that. I tell people and they’re shocked. ‘What? You were happy?’ I sort of was. It was like, ‘Thank god that’s all over.’

“The very first thing I did, which a lot people think is crazy, was go and do the things that you’re not allowed to when you’re a footballer. I retired and a week later I was snowboarding with my mates on the ski slopes of Chamonix with dodgy knees.

“People thought I was crazy, but it was just like a release. I started learning how to ride a motorbike too.”

When the fun stops

Piper could be forgiven for embracing his newfound freedom. The life of a Premier League player might be well-paid, but it’s dominated by deadening routines and restrictions. Eat, train, sleep, and the cycle starts again. It’s even worse for those who are injured and often isolated from the rest of the group.

However, as time wore on, the lack of structure and purpose in Piper’s life post-football began to cause problems.

“I didn’t have a plan,” he says. “I didn’t put anything in place for my retirement.

“When I was a footballer I never drank, or smoked, or anything. I was more or less teetotal. I was very professional and kept myself in good shape. 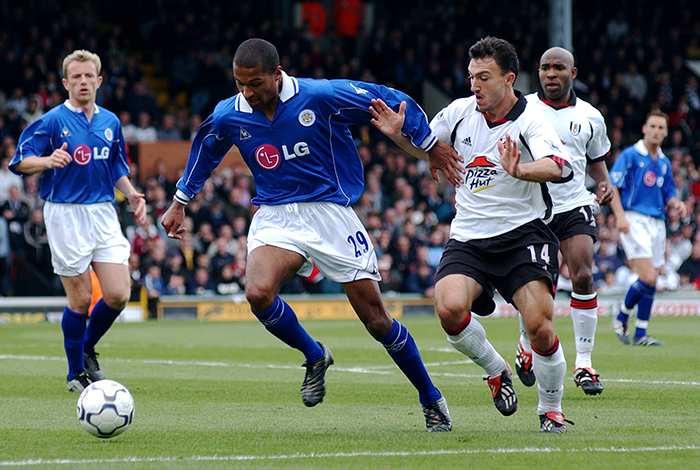 “But when I quit, and I didn’t have anything to do, I was just spending my money and going on holidays. Flying first class to places.

“After about 18 months, when your money’s running out, you start wondering what you’re going to do. I tried loads of different jobs but hated all of them. I started to get really depressed.

“I’d go out a lot on the weekends and I started binge-drinking. Before I knew it I was literally drunk every day for probably a year and a half. That was when it really hit rock bottom. When you’re in that kind of place in your life, it’s not good.”

Separated from his fiancée, Piper was home on his own most days. Just him and his dog.

On a couple of occasions he ended up in hospital, and family feared where this descent into alcoholism and despair would end.

“Without me knowing, my mum got in touch with a charity called Sporting Chance, which was set up by Tony Adams,” Piper says.

“They try to help people with addictive personalities – drinking, gambling, drug-taking. I came out of hospital and went straight down there, but I drank on the way. They rejected me because you have to be willing to do it yourself. You have to be clean and sober for at least 48 hours.

“I managed that, I went in and spent six weeks in there. The help and support I got from that charity changed my life. I came out and I didn’t drink again for two and a half years.”

Piper’s stint in the Sporting Chance clinic was a clear turning point in his life. Jon Goodman, who went on to run the Nike Academy, would come in twice a week to run coaching sessions and it helped Piper to rediscover his love of the game.

“I saw the power of coaching,” he says. “It gave me clarity that that’s what I wanted to do for the rest of my working life. I came out of there and Leicester gave me a job straight away.

“A guy there called Jon Rudkin, who’d known me since I was eight years old, and is now Director of Football at the club, gave me a job coaching and I loved it.”

It was a poignant homecoming for Piper, who was born and grew up in Leicester, rising through the ranks of his local team.

Despite doubts from some, including first-team manager Peter Taylor, that he would make it, Piper was a bright spot for the club during their relegation from the Premier League in 2002.

Piper had made his debut shortly after Taylor was sacked, in the League Cup against Leeds United in October 2001.

Following a brief loan spell at Mansfield Town, he returned to play regularly as Leicester fought in vain to avoid the drop. His emergence at least provided some hope for the future.

“The first team were really struggling,” recalls Piper. “They had one outstanding player in Muzzy Izzet, but aside from that, without being disrespectful to anyone, no one was playing particularly well.

“The crowd and the local media were looking for something to latch onto. A young lad comes on the scene – he’s from the area, he’s quick, he’s direct. I just hit the ground running.

“It was sort of like a free hit for me because I hadn’t been around the first team for very long so I didn’t get chance to feel nervous. We were playing poorly at the time, so I just thought, ‘If I get the ball, I’m running with it.’”

1️⃣5️⃣ years ago today, Leicester-born Matt Piper scored the final goal at Filbert Street in a 2-1 win over Tottenham… pic.twitter.com/SYN7oMZxpS

Piper did just that and became a favourite with supporters. He scored the historic last goal at Filbert Street, heading in the winner against Tottenham Hotspur on the final day to end a difficult season on a high and signed a new four-year contract after some bolshie negotiating by his dad.

“My dad’s a bit like Dave Bassett – an old Londoner. His opening line was, ‘Listen, I know you’ve chucked his agent out, but I’m here now.’

“‘This boy’s been at this club since he was eight years old and he’s never even asked for as much as a chocolate biscuit.’ That was the first thing he said to Dave Bassett,” laughs Piper.

The deal was eventually agreed and Piper was looking forward to being a key player as Leicester attempted to make an immediate return to the top flight.

Micky Adams came in as the new manager and was keen to build around his young star, but the club’s crippling financial problems intervened.

Offers from Sunderland and Southampton were accepted, and, despite his desire to stay put, Piper was told that he would have to leave to help stave off administration. Increasing the pressure, people’s jobs were on the line if he didn’t.

Piper accepted the situation, opting to join Sunderland on a five-year contract. He started the season well, making his debut for the England Under-21s, but it wasn’t to last.

“I’d already had one knee injury at Leicester when I was 17 and the surgeon told me I had a hereditary problem called lax ligaments. It’s where your ligaments in your knees and major joints are not tight enough to keep the capsule in place.

“So you can imagine that that was a problem, especially for a tricky winger, where you’re twisting and turning all game.

“When I stopped to turn at a different angle after running at high speed, my knee capsule would keep moving.

“My knees were basically sliding around and kept shearing cartilage, ligaments and tendons.

“After 13 games I was out for six months with anterior cruciate ligament damage and torn cartilage. I got it sorted and operated on. I did my rehab, got back and everything was going well. I started playing again and it went again. That just kept happening.” 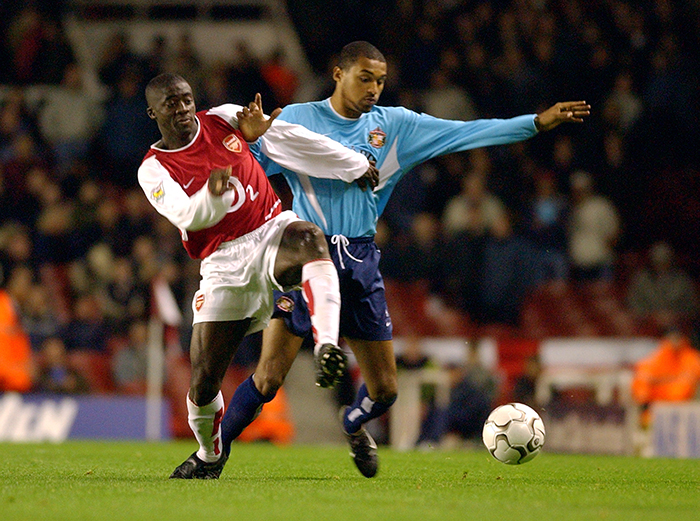 Sunderland were supportive throughout Piper’s multiple breakdowns and attempted recoveries, and he’s appreciative of their patience and understanding. But, eventually, the problems just became too much.

Told by Dr Steadman that if he kept playing he would need artificial knees before the age of 40, he decided to call it a day.

There was a season of playing semi-professional football for Oadby Town back in 2011 and still occasional outings for a Leicester City legends team, but Piper has plenty else to keep him occupied.

In the summer of 2017, together with his friend Owen Johnson, he set up the Football and Sports Diploma Academy, which helps school leavers to keep playing while gaining qualifications.

“It’s a football and BTEC programme. We’re the only inner-city one in Leicester,” Piper says.

“We take boys, some of whom are underprivileged and wouldn’t typically go down the route of a sixth form or college education. They’re not naughty boys in any way; they just didn’t enjoy school.

“A lot of them come to us at 16, having left school, without a plan. They don’t know what they want to do. They’re sort of in the position that I was when I finished football.

“That’s what made me want to target that kind of group. I know what a struggle it can be when you have no idea what you want to do in life. You can end up losing your way.

Beautiful day for #football & a really exciting game 🙌🏾 Both teams played well but the most important aspect for us.. We played out from the back at every occasion 😁 Yes we made mistakes but development is key 🔑!!
Well done boys ⚽️✅ pic.twitter.com/SXcS0mw1ty

“I think we’re doing really good community work. We’re trying to help these boys and put them on the right path. We get them fit and strong, they enjoy the football and we run a life skills programme alongside it.

“In the two years they spend with us hopefully they find some clarity on what they want to do when they get to 18.”

Outside of the academy, which is his major focus at the moment, Piper runs a YouTube channel which offers viewers advice on how to improve their football skills.

He’s also a match summariser for BBC Radio Leicester, following his former team around the country, and has a wife and four children. His playing career might not have hit the heights that he’d hoped to because of injury, but he’s grateful for all the good things he does have.

“Football’s just crazy,” says Piper. “Thankfully I now accept that mine was just one of those stories of an unfortunate injury and there was nothing that could be done about it.

“What I can do now is use the experiences that I did gain when I played to try to help this next generation. That’s what I’m concentrating on doing now. That keeps me happy, and that’s why I don’t dwell on what could have been any more.”