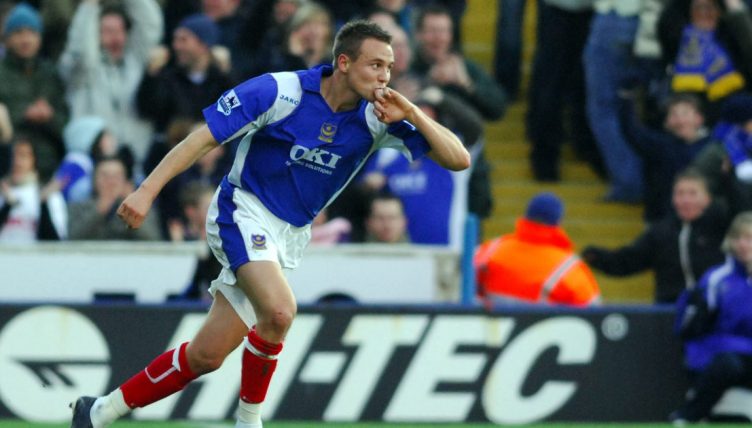 When the Premier League unveiled its brand new Hall of Fame earlier this year, everyone clamoured to give their two cents as to who should be the first inductees.

Alan Shearer, Thierry Henry, David Beckham and Eric Cantona were among the obvious first choices, so was no surprise when they were announced as the first entrants, stamping their legacy as official Premier League legends.

But those who have been around the block a bit will know the Premier League’s magic doesn’t purely stem from the big stars doing big things.

There are a number of cult heroes, who have, for various reasons, etched their name into Premier League folklore.

Among them is the now-retired Matt Taylor, an irrepressible force from the wing who played 325 times in over a decade in the top flight.

But it wasn’t just longevity that earned recognition for the now-39-year-old. It was, without question, his unbelievable strikes as well.

“I suppose when you’re younger you take more risk in life, don’t you?” Taylor says. “I’ve been asked about them many a time, and I tell everyone the same thing – I could’ve been made to look a fool. But I took the opportunity and took the chance and fortunately they went in.”

Among his most notable strikes was a sumptuous 45-yard volley against Sunderland in 2005. The ball bounced kindly in front of him at the Stadium of Light and, with no team-mate further ahead to make a pass to, there was really only one option for a player of his type.

“I tell anyone, you must always practice your technique. I did that vigorously. But those goals, for me, they were pure instinct,” he says.

This is also true of his thumping effort against Everton in 2006. A loose ball looped in the air after a 50-50 challenge. Taylor ran onto it just in front of the centre circle, walloping the ball past Tim Howard, who could only stand and watch it fizz into the net.

The beauty of his goals speaks of a man of spectacle and moments of brilliance, but Taylor was as tenacious as they come. It was likely his attitude and dogged approach that helped see his star rise at such a fast pace.

“My love has always been playing. I get that buzz, performing Saturday and Tuesday. I just couldn’t wait.

“The training was great but it was the matchday that I craved. I didn’t want to be sat on the bench, getting bit-parts here and there; I wanted to be out on the field. That’s the sort of player I was. I just loved to play.”

“I think in life and in football too, it’s all about timing. I was really lucky. Timing plays such an important part in football. I didn’t come into the professional game until around 16-and-a-half.

“Having that exposure so young certainly helped me. And then I got my opportunity at Luton Town because of financial strains and I had a great season where I played most weeks. So at the time of around 19 to 20, I already had about 150 league games under my belt.”

To contextualise this remarkable stat, Jadon Sancho, at 21, has played 10 games fewer than the teenage Taylor.

But while his time at the Hatters served him well in granting a platform to showcase his ability, the ever-determined Taylor knew he was destined for more.

“After the drop, I knew it was the time to leave. I had the opportunity to go to a club in the Premier League straight away – but what I didn’t want to do was be a squad player because the previous three seasons I played most games and absolutely loved it.

“It was then I met with Harry Redknapp at Portsmouth. He took me in and we won promotion. It was beyond my wildest dreams that we’d win the Championship. Within 12 months of being a League Two player, I am now playing in the Premier League.”

Taylor got his way in the end. He was in the renowned Premier League but also able to feature as a first-team player.

Not only was Taylor plying his trade against some of the world’s best, the pull of Redknapp saw some unbelievable talent arrive at Fratton Park.

And one that stood out for Taylor was a player who, similar to the former Luton Town midfielder, had a real knack for scoring superb goals. Paul Merson joined Portsmouth following a spell at Aston Villa and his presence highlighted the astronomical heights which Taylor had reached.

“When I left Luton, I only saw players like Merse on the TV, playing for Arsenal,” Taylor says. “And now all of a sudden he was a team-mate of mine.

“It was an unbelievable period for me. It was brilliant. I used to run up and down the wing and, invariably, Merse used to find me with the ball, through the eye of a needle. People forget, he was a superb footballer – and during our days together on the pitch, he made my life very easy.”

However, the aim was of course to go further, to push the boundaries of achievement. And that meant playing for England, something he had done at the Under-21 level.

“Yes, I’ve been so lucky. But the only disappointment I have in my career was not earning an England cap. There were times when I was close, but it wasn’t to be. The easy thing is to think that if I deserved it I would have got it. At the time, I was up against some astounding players, and it just wasn’t to be.”

Taylor enjoyed 12 seasons at the top level of English football, representing Portsmouth, Bolton and West Ham in that time.

After 19 seasons as a professional, Taylor finally decided to retire from the game. Having made his debut in the 1999-2000 season, he finished his last campaign in 2018-19 playing for Swindon Town in League Two.

Of course, as is his nature, Taylor wanted to continue and see where he could go next. He spent time with Tottenham’s Under-18s side, coaching their young bright sparks. Now he’s at Walsall in League Two, having recently been appointed as manager.

With the Sadlers, Taylor faces a fresh challenge. His attitude as a player suggests he will attack management with the same gusto.

“This is going to sound quite a cliche, but now I have had two years to reflect on my career since retiring, I think that to make one professional appearance was a dream, but to go on and make around 750, with half of those nearly being in the Premier League, that for me is a fantastic thing.

“I have had really good moments in my career – to win the Championship twice, and to play at the top level. I am so fortunate.

“When l look back, to find the proudest moment is hard to put into words, but what I can say is that, in no uncertain times terms, I maxed out on my career and I achieved everything that was in my power.”