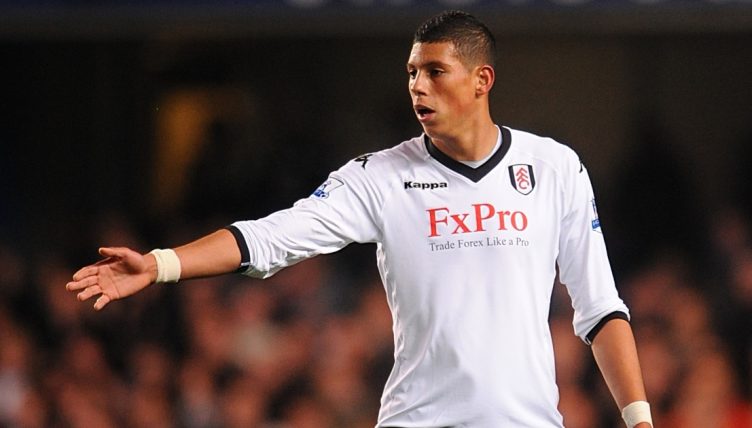 In 2007, Matthew Briggs became the Premier League’s youngest ever player for Fulham. By 2010 he was being linked with Manchester United and Bayern Munich. A decade later, his journey hasn’t gone quite as expected.

Among the many different factors that shape a career in the professional game, the importance of getting the right break at the right time is often overlooked. For Briggs, once the youngest player in Premier League history, the timing has never been quite right.

At first, it was a case of too much, too soon. Then too little for too long.

After making his debut at 16, Briggs left Fulham seven years later with just 49 first-team appearances to his name. Lack of experience was a common refrain from potential employers as he proceeded to drift down the divisions.

Briggs is now 29 and onto the 14th club of his career with Danish outfit Vejle, but he’s determined to make up for lost time and missed opportunities. He faced issues off the field that made life difficult and meant that he wasn’t able to focus properly on football for a while. Tired of feeling misunderstood, he wants to show the world what he’s capable of and get back to playing at the highest level possible.

“Where people don’t know the ins and outs, they only see what they see,” Briggs says. “They don’t know what’s going on in somebody else’s life.

“I think the reputation I was given was that I wasn’t committed and probably didn’t take things seriously or wasn’t bothered, which is not the case at all. I was obviously going through some stuff, as any human being can do.

“I was talking to my agent recently and he wants me to go full circle, to get as close as I can back to where I used to play. Obviously, he knows the pedigree I have, and he believes in me. I want to get back into the League where I can play week in, week out, and just impress.”

From early on, Briggs seemed destined for success. Taller, quicker, stronger and more confident than his peers, he was always playing above his age-group and was picked for Fulham’s reserves at just 14. A couple of years later, with Chelsea, Arsenal and West Ham United circling, he was weighing up where to sign for his scholarship.

It was in this uncertain context that Briggs was awarded his debut on the final day of the 2006-07 season. A win over Liverpool a week earlier had safeguarded Fulham’s Premier League status for another year, and they headed to Middlesbrough with little to play for. Although there wasn’t much riding on the match, it was a huge occasion for their young prospect.

“I remember travelling and when I got into the dressing room, I saw my shirt with my name on the back. It was very, very exciting for me. I remember sitting there and thinking, ‘Wow, I’m really here and involved.’

“Previously there’d been a couple of times where they’d taken me on away journeys, but to actually be involved and in the squad was just an unbelievable feeling.”

Briggs was full of nerves and excitement as he waited on the bench. Thirteen minutes from the end, with Fulham trailing 3-1, his moment arrived. Replacing Moritz Volz, he became the Premier League’s youngest player at just 16 years and 65 days old.

“My friends and family were extremely proud of me,” Briggs says. “My mum was there. I remember looking up at her after the game and she was crying because she was so proud, clapping me off the pitch.

“I remember going to school the day after and everything just felt different. People were looking at me like, ‘Wow!’

“I had friends coming up to me asking for my autograph and I didn’t really know how to deal with the situation. It felt weird for me because they’re my friends who I see every day. Dealing with the transition from that was kind of odd for me, but it was enjoyable at the same time to know what I’d accomplished.” 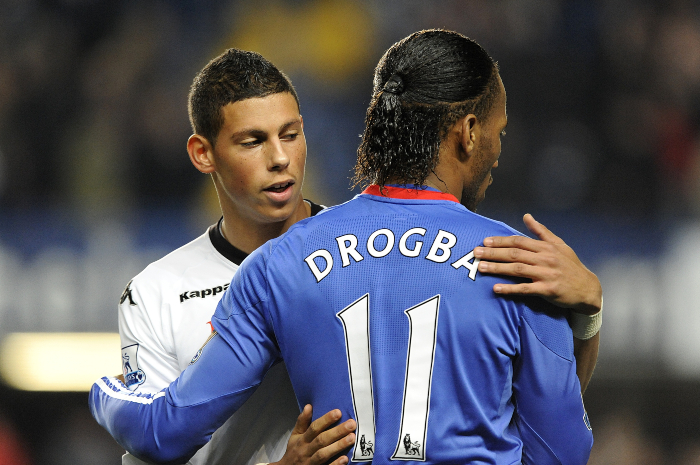 Briggs committed to Fulham and was confident of being part of Lawrie Sanchez’s squad going into the next season, but he returned to a spot in the youth team instead. It was three years before his next first-team appearance, a testing period during which he questioned the club’s motives in giving him his debut at such a young age.

“That affected me massively and that’s when the pressures of actually having that title started to weigh heavy on my shoulders. You start thinking, ‘I’ve made my debut, everyone’s probably wondering why I’m not playing.’ That started putting doubts into my head, thinking, ‘Am I not good enough?’

“When I look back and see players I played with who are now playing regularly in the Premier League, there are parts of me that maybe wish I was integrated more slowly and given the chance to go out on loan as much as the other players did. At the time Fulham were very reluctant to let me go out on loan to get the experience I needed, which was quite frustrating for me.”

Looking back, Briggs harbours some regrets about the way his development was handled but also acknowledges that he made mistakes too. As a teenager with newfound wealth and status, he was drawn into the stereotypical footballer’s lifestyle.

“I maybe felt entitled. Obviously when you start earning a lot of money at such a young age, seeing the people around me with nice cars, you feel like you have to live up to that expectation and do the same thing. Partying, and stuff like that. I kind of went a bit excessive on it. I kind of lost my focus a little bit.”

Even though opportunities were limited at club level, Briggs continued to be an important member of the England youth set-up. He was part of the team that reached the final of the European Under-19 Championship in 2009, alongside Kyle Walker, Kieran Trippier, Andros Townsend and Danny Welbeck.

A year later, there was interest from Manchester United and Bayern Munich in his services, but Fulham were reluctant to sell another young defender having recently lost Chris Smalling. Their £10million asking price was never met and Briggs stayed at Craven Cottage.

There were more appearances under Martin Jol, especially in the Europa League. At the start of the 2013-14 season, Briggs was keen to impress and tried to play through the pain of a groin injury, resulting in the need for surgery.

He was out of action for several months. By the time he returned, Felix Magath was in charge, Fulham were heading for relegation and the offer of a new contract had disappeared. Briggs and several others were let go.

“It was heartbreaking,” he says. “At the time I was actually the longest-serving player in the first team, even though I was still quite young. I’d always been there. All these players would come and go, and I would always be the one that would remain.

“I’d been there for most of my life, basically. To go from thinking I’d got a three-year extension to all of a sudden getting released was hard to take.” 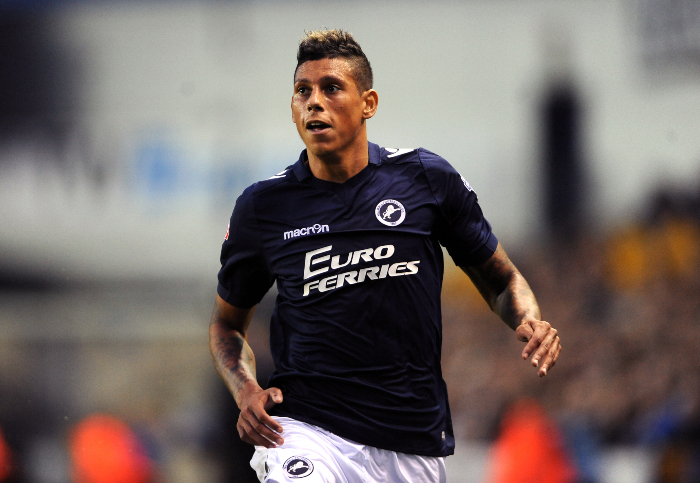 Finding another club was harder than Briggs had imagined. Managers were looking for experience that he didn’t have and were reluctant to sign him on the back of a season plagued by injury. He eventually joined Millwall, before going on loan to Colchester United.

He played regularly for the U’s, signing permanently in the summer of 2015, but injuries and personal problems affected the end of his spell there and his subsequent move to Chesterfield. Football simply couldn’t be his priority.

“My missus was pregnant. There were complications and then my son was born three months premature. Dealing with that was difficult. I was having to miss training sessions and had that constant worry.

“I remember playing a game one time and giving the physio my phone in case there was an emergency. I wasn’t fully able to just focus on playing football. My mind was kind of elsewhere.”

By 2018, Briggs was drained, but at least his partner and son were doing well. Unfortunately, his career had suffered, and his confidence was low. He admits to losing his love for the game until he started playing for fun at eighth-tier Maldon & Tiptree.

Briggs instantly stood out at that level and felt valued by his manager and team-mates. His good form culminated in a call-up to the Guyana squad for last summer’s Gold Cup, where he played against the USA, Panama and Trinidad & Tobago.

“That was a good experience. It had been so long since I’d played that sort of calibre of game, at that high level. It felt good to be back doing that in big stadiums. It felt like home. It felt like what I’m used to, what I’d been wanting to do for so long and hadn’t been able to.”

Back in the public eye, and with his hunger for football restored, there were offers from several clubs. Keen for a fresh start, Briggs joined HB Koge of the Danish First Division. It started so well, with decent results and assured performances, before broken promises brought his stay to a premature end.

“The reason I had to leave there was because we had agreed that after the winter break they would organise for me and my family to come back together. We needed accommodation and for my kids to be set up at school but, in the end, they didn’t uphold the agreement. It just fell through and I ended up having to leave.”

It took until March for Briggs to be released from his contract, meaning that he could no longer sign for a Football League club. He then joined Dartford to keep himself busy until the end of the season, which ended up being cancelled shortly after his debut as the coronavirus pandemic descended.

Therapy – latest ep of Matthew Briggs ‘A Journey of Discovery’

Briggs is aware of how his story is viewed – the 16-year-old footballer who had the world at his feet and somehow lost his way – but the reality is much more complex than that. It certainly hasn’t been a smooth ride.

His long-standing record was eventually broken by another Fulham prospect, Harvey Elliott, who subsequently joined Liverpool. As Briggs can testify, there are many pitfalls for talented young players to navigate in order to reach their true potential.

“It was a bittersweet moment,” says the defender, reflecting on Elliott’s debut. “Having a title for 12 years, it’s always going to be sad to see it go. You want to hold onto it as long as possible.

“At the same time, having it be broken kind of lifted the pressure and expectation off my shoulders. It feels like a weight has been lifted. That pressure is no longer there so I can just enjoy my football again.”

With that freedom, Briggs hopes to thrive. He started out at the very top and still dreams of returning there one day. “I’ve constantly got this thing where I’ve got a point to prove. It’s time to prove it now, and time for people to see.”

This interview was originally published in July 2020.