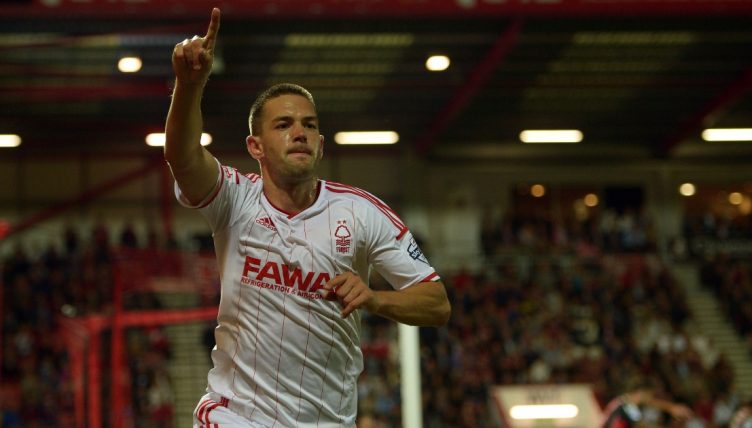 When Matty Fryatt announced his early retirement from football, he admits it was a “weight lifted” from his shoulders. But he also felt immense regret that he was never able to show Nottingham Forest what he could do.

One of a select group of players to have scored in each of English football’s top divisions, Fryatt scored 134 goals in all competitions across his career but only six for Forest and none in his last two seasons at the City Ground in which he failed to make a single appearance.

Fryatt enjoyed success at each of the other three clubs he played for permanently, Walsall, Leicester City and Hull City, but he will always wonder how many more goals he could have added to his tally were it not for a seemingly irresolvable Achilles injury.

It robbed him of three years of football, potentially at his prime, and forced him to retire in February 2018. He was 31 by then but hadn’t played competitively since March 2015.

That final game, away to Charlton, remains a painfully raw memory even now. Struggling to move, let alone contribute to his team, this wasn’t how Fryatt envisaged his last few moments as a professional footballer panning out.

“I was on the pitch but in absolute agony,” he says. “I was just a statue out there. It was the worst feeling I’ve ever had on a football pitch and unfortunately that was my last ever game. It was horrendous.”

🔶◾️ | #ExTiger Matty Fryatt has today confirmed his retirement from football due to injury.

Fryatt scored 3️⃣1️⃣ goals in 9️⃣4️⃣ games in all competitions during his time at @HullCity – none of which were more important than this one ⬇️ pic.twitter.com/6m8Dd3rnD6

Fryatt’s Achilles problems had started innocuously enough midway through his first season at Nottingham Forest, in a match against Birmingham City at St Andrew’s in late November.

“I remember coming off the pitch against Birmingham,” he says. “I was just literally jogging back to the halfway line and feeling in discomfort. Nothing more than that.

“Next time I went to train I was unable to run. I was on painkillers for several months to try to get through games but I wasn’t at all right.

“I was struggling to get by. I wasn’t training, I was just turning up for the games and trying to manage the injury in the week. Hoping that the pain would go away, but it didn’t.”

There were conflicting reports as to what precisely was wrong, and a whole host of different treatments were tried to find a solution.

Fryatt underwent three surgical procedures, received hundreds of injections and was still none the wiser by the end of it.

“The diagnosis of the injury took forever,” he says. “I’m still not 100% sure if that was spot on.

“It’s a difficult area (the Achilles) because there’s limited blood supply to it and it’s difficult to get underneath the bone to the bit where it joins. It took so long, but I just wanted answers.

“I had surgeries on it, but looking back – hindsight’s obviously a wonderful thing – in some respects I wish I hadn’t.

“But when you’re told that it works for so many people, and you could be back for the following season, that’s what you want. You want to be back out on that pitch.

“Ultimately it might have been better to take a longer time off and hope that the body could recover from it rather than going in for one thing after another. It was constant trauma in that one area and probably worse off for the surgery.”

The first operation was unsuccessful, so Fryatt went in for another, more major one. After a long period of recovery, he discovered that hadn’t worked either. He was now a year down the line from the initial injury and no closer to playing.

Fryatt explored his options and consulted with specialists overseas in Germany, Portugal and the Netherlands. A final operation led to some progress, but he still wasn’t functioning properly. More than two years had passed before he felt any tangible improvement.

“Taking that amount of time to get up to some sort of level where I felt reasonable just jogging was so frustrating. Obviously I still had to manage the pain, but it was enough to just about give it a go. I gave it everything, but it wasn’t enough to get back playing.”

Released by Nottingham Forest at the end of his three-year contract, having made just 26 appearances for the club, and none in the final two seasons, Fryatt was desperately disappointed not to have shown their supporters what he was capable of.

Goals had flowed relatively freely at Walsall, Leicester City and Hull City, where he realised a childhood dream of playing in an FA Cup final, but Forest was an altogether more agonising experience.

Operating at nowhere near his full potential because of injury, Fryatt was then consigned to the shadows as the team ploughed on without him.

“As an injured player you’re not in the forefront of people’s minds, which is normal,” he says. “But then it was the case that I don’t think too many people believed that I would get back anyway.

“I didn’t have too much contact with the first team, or even being in at the club. I went through a period of time where Philippe Montanier was in charge and I never once saw him because I wasn’t in the building.

“They had me away from the club doing bits and pieces so obviously you get isolated. But I suppose it would be difficult being around it every single day, too.

“Injuries are hard. They’re the worst thing for a footballer because you want to be out there doing it. Knowing that you can’t is frustrating. You’ve got to be strong-willed and think that you’re going to get back. You’ve got to keep pushing yourself.”

There were inevitably spells where Fryatt felt down and disillusioned, but he remained determined to push on. After leaving Forest, he trained with Burton Albion and Walsall for a while, keen to see if his body would relent and let him play again.

Regrettably, it wasn’t to be, and retirement was the only option left.

“It was just too much in the end. I was still having issues in the Achilles but persevering. On top of that you have too much pain from training day-to-day. My body wasn’t allowing me to do what I could do before.”

There were plenty of conflicting emotions to deal with as he made the announcement. “In some respects it was a weight lifted, but ultimately you look back and it’s a massive disappointment.

“I can never show to Nottingham Forest the player I was capable of being because I spent so much time injured.

“The period I had out was so long that in some ways I was glad it was done, even though it was tinged with massive disappointment and all-round frustration.”

Fryatt has remained involved in football since retiring at least, initially as a scout and now as a coach. In June 2018, he went back to his first club Walsall to coach their Under-15s.

“It’s been really good. It’s a whole new challenge. It sounds strange, but you probably spend more time thinking about it than you do your own game as a player. You’re trying to knit a whole group together.

“Sometimes you get it spot on and they go out and perform the way you anticipate. Other times it doesn’t quite work like that.

“I’m really enjoying it and just trying to pass on my experiences and coach them certain things. Hopefully we’ll develop players that can get into Walsall’s youth team and push on themselves.

“If not, hopefully we’ve given them something useful along the way. It’s caring about the whole group and trying to get the best out of them.”

Football was a hobby that became something so much more for Fryatt, and he ought to still be playing now. But although nothing can quite replicate the thrill of playing in front of a packed crowd, coaching has proved to be a satisfying substitute.