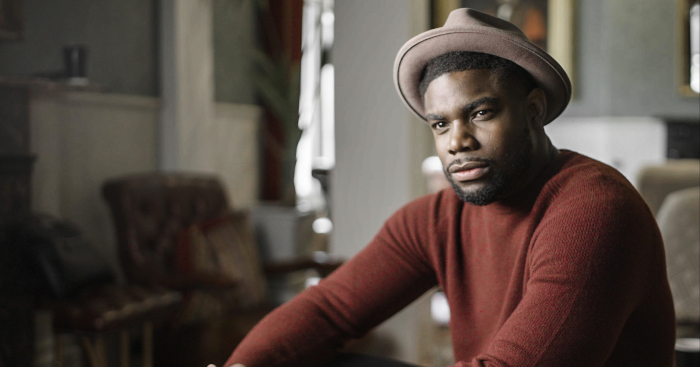 Since retiring from football in 2019 after a career that included Premier League title success with Manchester City and becoming England’s youngest ever defender, Micah Richards has proved to be a popular addition to Sky Sports’ punditry panel.

While Richards has proved a hit on Sky Sports thanks to his growing bromance with Roy Keane, the former City and Aston Villa defender has fronted the powerful new documentary ‘Tackling Racism’.

In a wide-ranging interview ahead of the airing of the documentary, Richards spoke a number of topics, including his own experiences of racism and where the sport is at in terms of dealing with the issue.

There’s a part in the documentary where you talk about managers and how it can be harder to relate to somebody who is not from your background. Is that something you experienced during your career?

When I was a kid growing up, all I wanted to do was play football. You don’t actually take notice until you’re in the media and you look at the numbers and you think, ‘Wow, these are incredibly bad.’

I spoke to various black and mixed-race ex-players and they say, ‘What’s the point, we’re not going to get a job?’ In terms of management, I never realised it was so bad until I came into the media, to be honest.

Are you worried what the response will be to taking the knee when fans are allowed back into stadiums?

I think they should still kneel. You might not be able to change older generations’ opinions, but you can change future generations’ opinions. You see kids in Sunday League football now and they’re asking questions, they’re learning about it, and that’s the important bit that I think some people are missing.

I am worried, but I think we should make it clear before games ‘this is why we are kneeling’ and then I don’t think you would get the boos.

Former England and Premier League footballer @MicahRichards explores the true scale of the racism problem in football, and what can be done about it.

In terms of response, I am going to speak to them after the documentary to see what measures they are taking. There’s nothing we can do, it is down to the platforms.

In the documentary, Gary Neville speaks about when Raheem Sterling approached him during Euro 2016. Do you think it would be different now?

I think Gary Neville was sensational. He was put in a situation where he didn’t know what to say or how to act. I commend him for speaking so openly and honestly about it.

Moving onto Gareth Southgate, you speak to the players about how there’s an incident or a racial issue and how well he deals with that. I can’t speak highly enough of him as he’s a white man but he’s still at the forefront.

[Fabio] Capello resigned from England because they stripped John Terry of the captaincy because of the situation with Anton Ferdinand. I lost a lot of respect for him in that situation.

What did you make of the PSG vs Istanbul Basaksehir match when they tried to walk off? Do you think that is a strong message to send out?

I think it was massive. It was a powerful moment to see everyone walking off the pitch. I think if someone has been genuinely racist then we should walk off because why should we stand for it?

Until I have all the evidence I do not want to accuse anyone of being racist because I do not think it is fair. I only feel strong if the full evidence is there.

Paul Elliott says that football needs to be its own police force. Could you share your thoughts on that?

It is not just footballers that get abused it is everyday life. Before I became a footballer I got abused by police in my own area in Chapeltown.

What football has that a lot of other industries do not have is a voice. It is not just black people that have to talk about it because it holds more weight when it comes from a white person. Not everyone is perfect, but the key is wanting to make a change and wanting to learn.

I only came into the media because a kid said to me, ‘Don’t worry about all the negative stuff, you’ve been a great player throughout your career.’ I think there is hope, but you’ve got to be realistic.

What can be tangibly done on social media?

When I was speaking to Kick It Out, a lot of the guys that go through the rehab program don’t even know the meaning of the word that is being said. You can change the younger generation and that is the market we need to be aiming at.

We shouldn’t be using the n-word and I say it in the documentary because I want people to squirm. On social media platforms, you should not be able to write it. You wouldn’t be able to walk into work and use that word so why should we allow it on social media?

Have you got any experience of a white player offering some kind of comfort to you?

Any time anything had happened to me or there had been a situation, Joe Hart would always be the first to text me saying, ‘Are you alright?’

It’s so nice to have that support because he can’t understand, but he’s trying to understand. He was going through a bad time in his career and he actually started thinking about wider issues.

He asked me how it made me feel. He couldn’t believe that he had not asked about it sooner but now he understands, and he wants to understand.

Micah Richards: Tackling Racism in Football is available to watch on Sky Documentaries and NOW TV.

Seven people who have stood up to Roy Keane: Richards, Schmeichel, Walters…