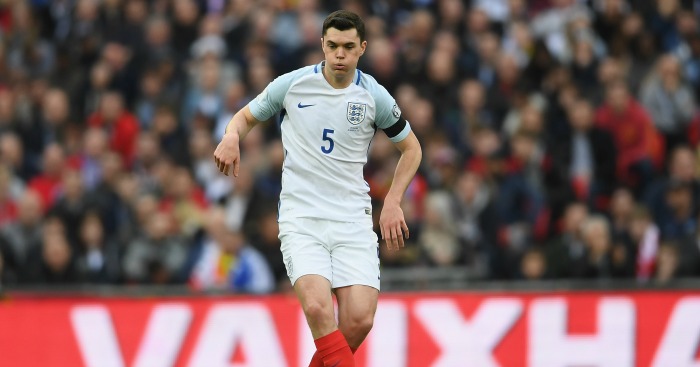 Michael Keane is an England international that has just joined Everton for a fee that could rise to £30million, but it’s not been a straightforward path to the top for the Manchester United academy graduate.

Keane was regarded as one of United’s most promising youngsters during his time at Old Trafford, signing a professional contract on his 18th birthday, winning the Reserve Player of the Year award in 2012, and going on to play five times for the first team.

However, the last of those five appearances came in the humiliating 4-0 defeat to MK Dons on August 26, 2014, and exactly one week later he was sent out for his fourth loan spell, this time to Burnley.

It would prove to be his last. Louis van Gaal clearly did not see a path into the United first team for the then-21-year-old, and in January 2015 he joined the Clarets on a permanent basis.

Keane had played for the England U19, U20 and U21 sides by this point, but casual observers could have been forgiven for assuming United would not go on to regret selling the defender in the way they did his former youth team team-mate Paul Pogba. 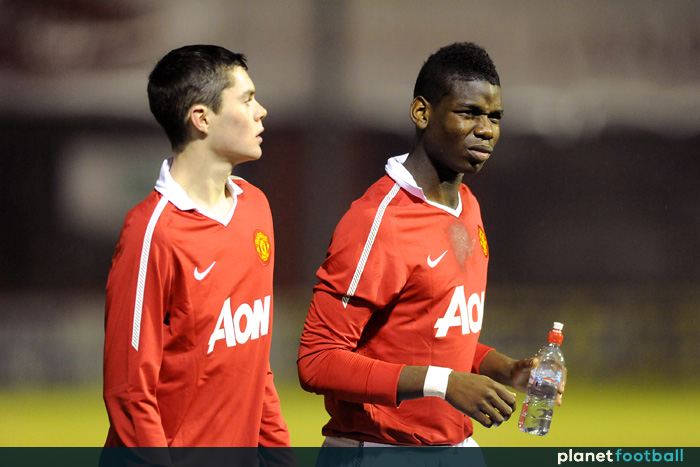 Well, just two and a half years down the line, United did in fact show interest in re-signing Keane.

He enjoyed a stellar first season in the Premier League with Burnley and has now joined Everton for a fee which could equal their club record as things stand. The move to Turf Moor didn’t turn out too badly for him.

Keane described Everton as “the best place for me to come and continue my development”, and a big part of that is down to the management of Ronald Koeman.

“He played in my position when he was a world-class player for a great Barcelona side and a great Dutch side, and the style of football he likes to play will suit me, I believe,” Keane told Everton’s official website.

“I watched a lot of Everton last season and I believe I really suit how the team likes to play. I feel like this is a great place to come and continue my development as a player.”

? | @RonaldKoeman knows a defender when he sees one! #EFC #COYB #NSNO ???? pic.twitter.com/PrrmZ9ooMk

Keane has also benefitted, of course, from the management of another former centre-back in Sean Dyche over the last two and a half seasons.

Ahead of his move to Goodison Park, we spoke to Keane about some of the attributes that have, with Dyche’s help, seen him emerge as one of the country’s most highly-regarded defenders.

Keane believes that to get the perfect balance as a defender he must try and learn the contrast between his two mentors at United, Nemanja Vidic and Rio Ferdinand.

The centre-half is strong, good in the air and has impeccable timing, which has aided him to work within Sean Dyche’s low block at Turf Moor.

His ability in possession, speed and anticipation, however, means that he can also play within a side that presses the opposition and utilises a high defensive line. 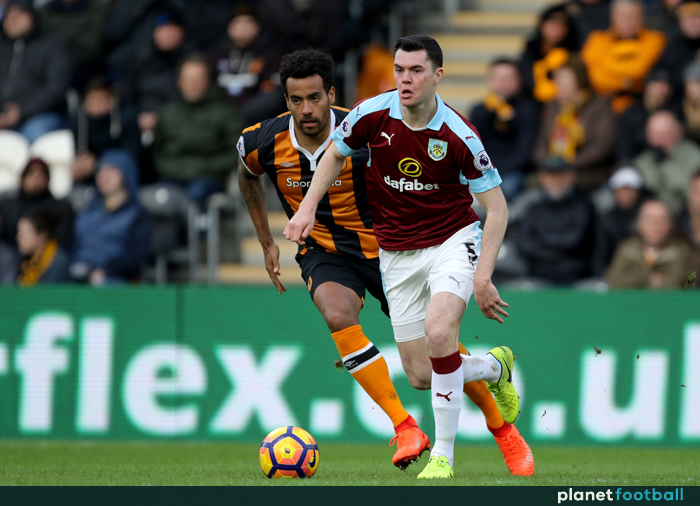 He is vocal on the pitch and knows that communication is a vital component when trying to co-ordinate a defensive unit.

“It’s massive, especially when you are playing against top players with good movement, who are always crossing over each other,” says Keane.

“You don’t want to be crossing over as defenders all the time, so it’s important that you talk and organise your midfielders in front of you to stop the opponents from getting the ball.”

There is a school of thought, meanwhile, that tackling is the sign of having made a mistake, but though Keane boasts fantastic technique in possession, he still values the traditional values of defending.

He illustrated the way to time the perfect tackle on countless occasions for Burnley. 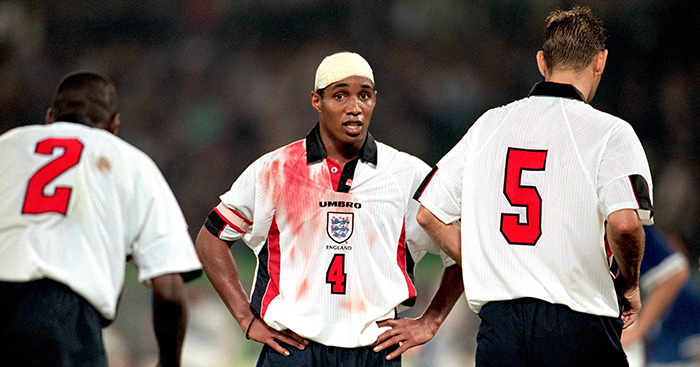 READ: Has England’s movement away from tackling done more harm than good?

“I’m not one to dive in unless I know I’m going to get it. When it does come off it’s a great feeling and something the fans want to see.”

Everton conceded 55 goals in Roberto Martinez’s final term at the club, which was reduced to 44 last year with Koeman at the helm.

Koeman was the linchpin at the back for Johan Cruyff’s Barcelona Dream Team, but given that he wasn’t the most physical player, positioning was arguably the most important part of his game. 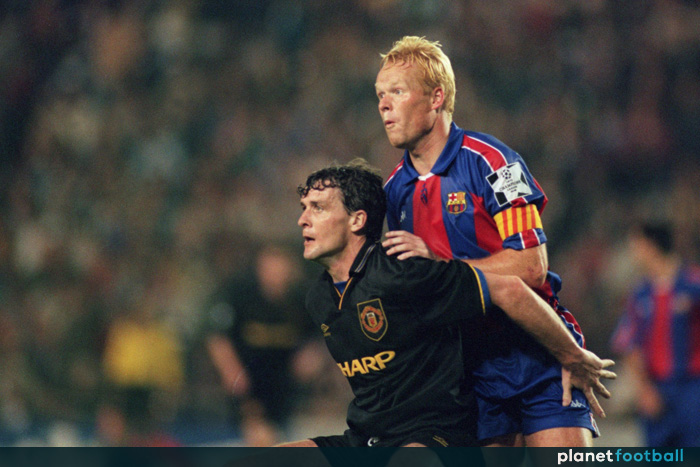 It’s something Keane says Dyche worked on a lot at Burnley, but there is sure to be differences in the two manager’s methods.

“(At Burnley) it’s something you work on at the training ground, it depends on who you are playing against, who the midfielder is on the ball and has he got time on the ball,” Keane says.

“It’s partly what the gaffer (Dyche) tells us, but he gives us the freedom and we have to make decisions ourselves on the pitch.

“We are at it all the time in training, there are no training sessions where you are 5% off it, you train how you play. We work on the shape of the back four, the distances and the shoulder turns.

“He (Dyche) drills it into you, day in, day out, so when it comes to match days it’s natural that you do all these things.” 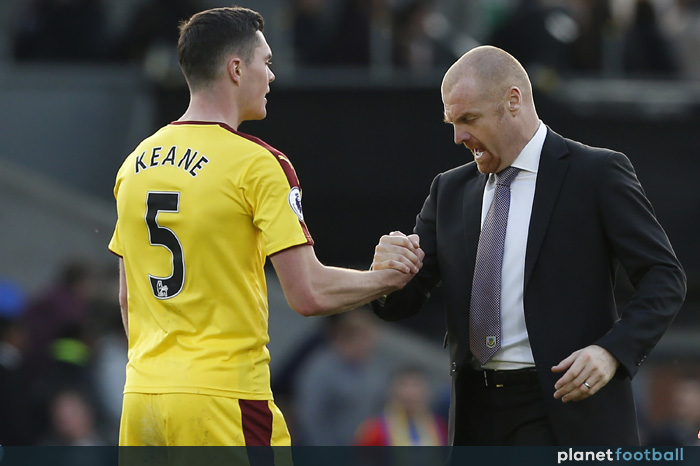 Koeman is also known for his attention to detail on the training ground and has improved numerous centre-backs including Toby Alderweireld, Jose Fonte and Virgil van Dijk.

Southampton defender Jason McCarthy, who is now on a season-long loan at Barnsley, says Keane can look forward to working with the 54-year-old on a daily basis.

“He was obviously a massive name and as soon as he came into the club that became clear,” McCarthy says.

“Everyone knows Ronald Koeman and as a former defender it was great to learn little bits off him like how he used to defend at Barcelona.

“Sometimes he got involved in training games and you wouldn’t realise that he had retired for many years, it was all still there and he never gave the ball away. Everyone definitely respected him a lot as a person and as a manager.”

Having gone from United outcast to England international and £30million player under Dyche, the sky is the limit to what Keane can achieve under Koeman at Everton.