Misconceived Sheffield United better and more interesting than you realise 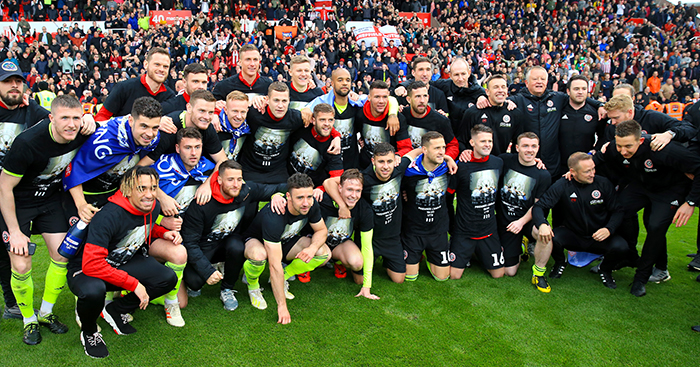 When they arrive in the Premier League, newly-promoted clubs come with assumptions that, most often, organise them into one of three different categories.

There is usually a redemption story involving a fallen powerhouse completing their long climb back. There is generally also an exotic underdog, who has defeated the Championship with a compelling style and some clever dynamics. And then there is the third team: a presumed no-hoper who, because their stay is expected to be short, nobody really bothers to learn much about.

While Aston Villa and Norwich City have a natural and flattering place in that order, Sheffield United have been shuffled into that third category. Their story is more folksy, romantic in what is an increasingly unfashionable way.

The appetite now is for promotions that depend on smart scouting systems and clever sleights of hand in the transfer market, not campaigns powered by homespun intangibles. Because that’s the assumption, isn’t it?

And that’s a descriptive misconception which does Sheffield United and Chris Wilder a tremendous disservice. It’s also one which speaks to how important aesthetics now are in football and how, without the right frills and framing, some teams can be denied the recognition they’re entitled to. In this instance, that’s because Sheffield United boast an entirely British and Irish squad of Football League veterans and their manager wasn’t raised in a blue-chip continental academy.

The assumptions that breeds are very damaging: with that kind of DNA, Sheffield United must be totally loyal to a 4-4-2 formation, must be wedded to arcane principles like pace and power and slinging the ball into the box, and that each one of Wilder’s team-talks ends with crockery being smashed and a player being held up against the wall by the neck.

One of the more interesting moments of the summer, actually, was the collective response to the – admittedly tenuous – rumour that the club was pursuing a deal for Franck Ribery.

A true legend like Franck Ribery possibly moving to Sheffield United, Seriously, After the career that he has had he is a far better player than to end up at a team that will be relegated back to the Championship.

The story was most likely nonsense, but it still uncorked an unusual incredulity – as if the very notion that a player of such technique and grace would even consider Bramall Lane for a pre-retirement jaunt was preposterous. Or that a coach like Wilder had any business working with a player of such calibre.

On the one hand, yes, Ribery would have been bizarrely incongruous in those surroundings. On the other, though, in the broader sense, it would have been entirely fitting for Wilder to decorate his side with a tactically smart, elegant and skilful player. Because that is Sheffield United’s basis and those are Wilder’s coaching imperatives.

The 2018-19 Championship season was dominated by discussion of Marcelo Bielsa’s Leeds, even before the spying controversy.

Bielsa is rightly considered one of the most influential coaches working in the game today, but appreciation for his work at Elland Road seemed to come at the cost of recognising what was happening elsewhere. Including at Bramall Lane, where Wilder created a side which finished the season with the joint-best defensive record in the competition.

He also, more importantly, balanced that security by developing a team which attacked in great colourful swathes. Had Wilder’s 3-5-2 been authored by someone more urbane and cosmopolitan, it would probably have received much more praise. The detail within that system would certainly have merited it.

The contribution of the wing-backs, for instance, and how they were used to tent-peg the attacking structure. The re-imagined, deeper role of David McGoldrick, and how it continues to create the conditions for the richest spell of Mark Duffy’s career. Or even the set-piece design, which left dangerous players in unmarked goal-scoring positions with implausible regularity.

Only one player in @OfficialFPL had more headed set-piece shots last season than the £4.5m priced Blades centre-back.

Will John Egan make into your Fantasy Premier League side?#SUFC 🔴

But perhaps nothing exemplifies what Wilder’s Sheffield United are more than his three centre-halves, and the role they played in generating offensive thrust.

One of the side’s common starting points was to penetrate into midfield by shifting one of their outside centre-backs wide and towards the halfway line. Oliver Norwood would drop into a deeper position to receive possession and the player, most often Chris Basham, would continue to push forward, creating a numerical imbalance in some other part of the pitch. The Times’ Gregor Robertson wrote a very fine article about this back in April.

The surprise, though, is that this hasn’t been fetishised in the way that it probably would had it occurred under a different head coach.

One can imagine, for instance, that if Wilder had that more seductive backstory, the Premier League audience would be enthused as to how this tweak might play out at the higher level and, somewhere, teenagers would probably be busy replicating the tactic on the latest Football Manager. That’s how fashion works: irritatingly, the label matters more than the garment itself.

But this is a broad affliction for Sheffield United. If Bielsa’s idiosyncrasies directed the technical focus away from Bramall Lane last season, then Norwich City’s recruiting success created a similar diversion.

But United also lost their most valuable player in the summer of 2018, selling David Brooks to Bournemouth. Like Norwich, they also managed to re-stock their squad with great effect whilst still making a significant profit.

McGoldrick arrived at no cost, Norwood was initially a loan before moving permanently for a minimal fee, and Dean Henderson, the outstanding goalkeeper signed on loan from Manchester United, had never played above League One prior to last season.

John Egan may have cost nearly £5million, but viewed as a whole and in relation to the budgets of those around them, United’s success was really miraculous, and Wilder’s achievement, in guiding them to a second promotion in three years, was all the more remarkable as a result. 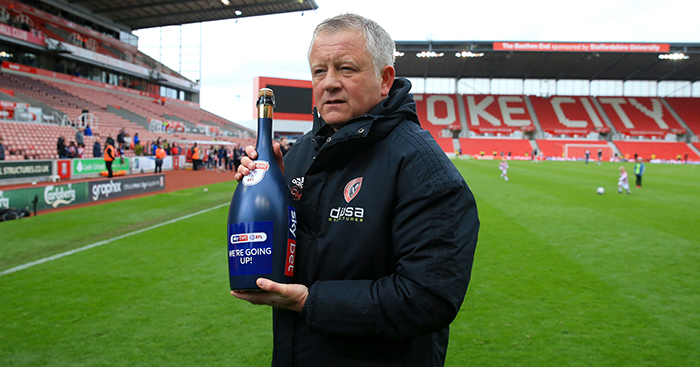 It doesn’t just belong to him, of course. Most of the club’s supporters are quick to point to the contribution of Alan Knill, the assistant who followed Wilder from Northampton, who previously worked at Bury and Scunthorpe.

They’re generous in their praise, too, for Paul Mitchell, the club’s Head Of Recruitment, whose road to Bramall Lane involved management spells at Worksop and Alfreton.

Collectively, though, the three of them almost represent the same thing: essentially, qualities and careers which challenge the trend. There are no fashionable haircuts or alluring backstories about learning the game at the feet of footballing ideologues, only very fine work being done by people who, too often, are ignored on account of the culture they’re presumed to represent.

The Premier League can be a brutal environment. The hope, though, is that it magnifies the significance of what Wilder has accomplished. That the nuance within his team survives in those brighter lights and having passed and played their way out of the Championship rather than bludgeoned and bullied, Sheffield United get the opportunity to be appreciated for what they actually are.

This is a good team, an interesting team, very much a Category One team.