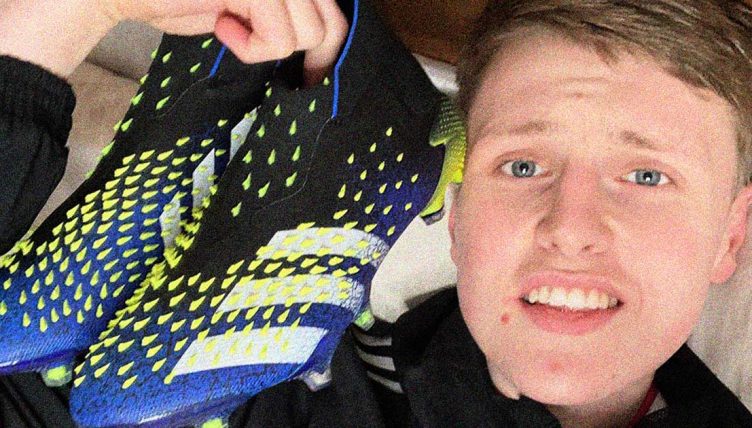 “My grandad would always tell me I must wear black boots. I remember there was a time where you could customise your own boots and my grandparents bought me this pair of customised plain black boots and even the logos were blacked out.”

We’re definitely part of the black boots brigade here at Planet Football, but like Ellis Platten, we think his grandad might have gone a bit far with this one.

“I was like, ‘Why have you done this and spent money on it?!’” he says. “I remember that quite fondly. We had long-sleeved tops and I was told I had to roll my sleeves up as well.”

Grassroots is finally back in England and like thousands of others up and down the country, we can’t wait to get our boots – black or otherwise – back on this weekend for our first game in what feels like a lifetime.

But for Platten, who was a goalkeeper in his youth and spent time on the books at Norwich City but is now a YouTuber behind the popular Away Days channel, football won’t truly have returned until fans are back in stadiums.

“For football it’s 90 minutes, but for people in their teenage years the whole experience is getting on a train, going to a game, having a few drinks with your mates and that’s the best thing about football,” Platten says.

“Football without fans is nothing. I think it’s only now the fans have left the stadiums that a lot of people have maybe realised fans are such a massive part of it.”

More than a game

Away Days has taken in a wide range of fixtures, ranging from play-off finals to Platten’s beloved Porto, as well as the likes of Juventus, Celtic, Orlando City, the Stockholm derby and the Prague derby, which Platten ranks as his favourite.

The general format of the videos follows Ellis to his game of choice, from the planning and travel to the pre-match banter and of course the reaction to what’s happening on and off the pitch.

And while the advent of social media and streaming has made football more accessible than ever, that matchday fan experience is still an unknown to many young followers.

“Instead of seeing something directly via TV, you’ve got this thing that, ‘Oh, it’s more than just the game.’

“A lot of people’s lives and experience with football is just on a TV, they don’t know how important a fan is, so I tried to show that on my videos and being able to showcase just what it means to fans of each club.”

For Platten, lockdown meant the purpose of his channel – experiencing away days at a range of grounds both home and abroad – had become redundant.

He turned his attention to another of his passions that’s a core part of football culture – shirts.

“I’ve always been into collecting football shirts and wanted to dive more into it. The shirt market has been gradually going up and I think in the last year people have realised that they should get more into it.

“I thought I’d try my hand at a few things, like a mystery box and see what people think of it. People loved it, I think because there was no football on at the time and people just love to see something football-related.

“Most of the shirts get stored away, which is kind of a bit counterintuitive. That’s never the route I wanted to go down, I wanted to wear the shirts. But when you’ve got shirts that are worth something or are quite rare, you don’t want to wear it and spill some food on it!

This is still insane to me https://t.co/ie5WYA4IVY

We all dream of becoming professional footballers, but working in the beautiful game is the next best thing.

After all, even when it’s not possible to watch football live, you can immerse yourself in football culture – whether it’s shirts, Football Manager, Subbuteo (anyone got a Dukla Prague away kit?) or otherwise.

Platten is chasing his dream of being a presenter, making the leap to go full-time with his channel last year, and over the past week he has helped promote the adidas Predator Freak boot – they’re not in his grandad’s style – as part of a campaign celebrating the return of grassroots football. 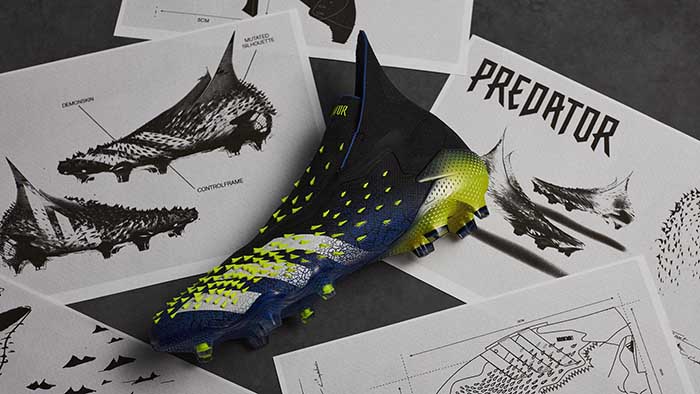 “I wanted to be a presenter, and so getting experience on camera is like a rolling CV, showing how you improve and that’s why I started, and now it’s just evolved and snowballed into the thing it is now.

“I haven’t changed at all in myself. I love doing it and talking about football. Sometimes you get comments, but it’s like what am I supposed to do? Stay in a job I hate or dive fully into this thing that I love and make a living off it? Sometimes people say that people need to do what they love and pursue their dreams, and then when they do it, they’re like, ‘Oh, not like that.’

“Now you get an email come through from adidas, and that’s really exciting. You never expected to get to that when you start making content!”