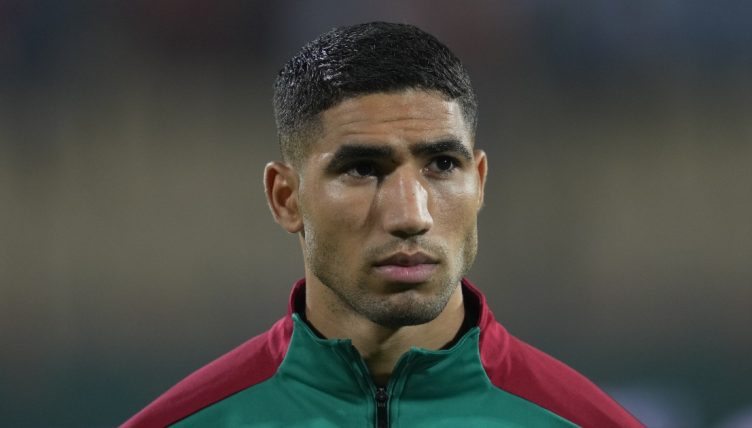 When Achraf Hakimi’s stupendous free-kick sent Morocco 2-1 up against Malawi, there must have been a deep sense of mission accomplished for the wide defender.

Not only had he successfully turned the game around for the Atlas Lions, who fell behind to an early Frank Mhango cracker from around 40 metres, but finally got the last laugh in a mini-battle with Flames goalkeeper Charles Thom, who was proving to be a thorn in the full-back’s side.

Thom had thwarted Hakimi’s first-half free-kick and parried the 23-year-old’s close-range left-footed effort onto the post with half-time approaching, frustrating the Paris Saint-Germain man who probably wondered what it would take to beat the in-form shot-stopper.

Well, it took something special and the former Real Madrid man was third-time lucky, thus setting up a huge North African derby with Egypt in the quarter-finals.

It was a set-piece that broke the internet, forced the tough and uncompromising Vahid Halilhodzic into a near smile and predictably resurrected the discussion over who the world’s best right-back is.

Stop what you are doing and watch this ridiculous free-kick from Paris Saint-Germain's Achraf Hakimi to equalise LATE for Morocco 🤯 pic.twitter.com/RWgAVanmCx

Kylian Mbappe, Hakimi’s teammate in Paris, seems to believe it is a non-debate, evidenced by the France superstar’s reaction on social media after that outstanding dead-ball against Malawi.

Without a doubt, Trent Alexander-Arnold’s name immediately pops up, with the Liverpool man’s progression from an academy prospect to world-class full-back analogous to Hakimi’s.

In a sense, while the England international was helped by a settled environment at Anfield under Jurgen Klopp, Hakimi has had to prove himself…again and again.

Still on the periphery at Real Madrid, the Morocco international was loaned to Borussia Dortmund for two years at the start of the 2018/19 season. Indeed, the Bundesliga outfit were to be beneficiaries of the rapid wideman’s talent and end product.

A modest opening year in which he had to fill in in both full-back positions may have showcased his versatility but failed to precipitate real consistency. Still, six domestic goals plus assists was a decent return for someone with little first-team experience at the time.

In year two in Germany, however, Hakimi’s stock skyrocketed immeasurably. Aided by a change in approach and formation by Lucian Favre, the young defender’s combined his already evident strengths with fierce final-third effectiveness hitherto unseen.

We knew he was quick. We knew he could be a counter-attacking weapon. Yet, Favre’s alteration in November 2019 to utilising wing-backs meant the Moroccan was given extra license to push forward to hurt the opposition.

A Champions League clash against Slavia Prague a month earlier was the perfect representation of this. While Hakimi began the game nominally on the left wing, his rapidity was a constant thorn in the Czech side, evidenced by a brace that emphasised Dortmund and the defender’s threat in transition.

“Those counter-attacks were lethal,” Ondrej Kudela admitted in the immediate aftermath of that 2-0 loss in October 2019.

“It was like Hakimi climbed on his motorbike, revved it up and then roared away from everybody. There was absolutely no chance of catching him.”

Those accounted for the defender’s first Champions League goals and he repeated the trick in a roaring comeback win over Inter Milan the following month as Die Borussen won 3-2 having trailed 2-0 at half-time.

The first of those strikes saw him run into a position expected to be occupied by a natural goalscorer, before scuffing the ball home from inside the six-yard box.

It is no surprise that, nearly three years after putting the Nerazzurri to the sword, Hakimi describes himself as “a defender with the soul of a striker.”

That campaign ended with the Dortmund wing-back netting five times and setting up another 10, outdoing every wide defender across Europe except Alexander-Arnold and Atalanta’s left wing-back Robin Gosens (both finishing with 17 goal involvements).

Perhaps impressed by what Hakimi showed against his Inter side and owing to Zinedine Zidane and Real’s inability to guarantee a first-team spot, Conte made the Morocco superstar his major signing of 2020/21 as they looked end Juventus’ Serie A stranglehold.

There is a sense Los Blancos’ seeming indifference never went down well in Hakimi’s camp, with his agent appearing to blame the Frenchman for his client’s departure to Italy.

“Zidane is the reason for Hakimi’s transfer to Inter Milan. He must explain why Hakimi moved,” Martin Camano said at the time.

“[Conte] was always in contact with Hakimi,” the representative continued. “He talked to him about the club’s project, so we decided to move to Inter.”

It was tipped to be a masterstroke owing to Conte’s fondness for wing-backs and Hakimi was always likely to give the Nerazzurri a different dimension.

Aside from creating chances and being on the receiving end of moves, the Moroccan’s underlying numbers in that second year at Dortmund meant Inter supporters must have been excited by his arrival.

The 23-year-old ranked sixth in the Bundesliga for progressive passes (the only Dortmund player in the top 15) and impressed with his smooth and direct aggressive ball carrying.

It appeared to be a dream Conte signing and a strong start to life in Italy underscored that assertion. Hakimi set up Romelu Lukaku’s equaliser in a come-from-behind 4-3 win over Fiorentina on his Inter debut, before scoring and assisting days later as the title contenders beat Benevento 5-2. 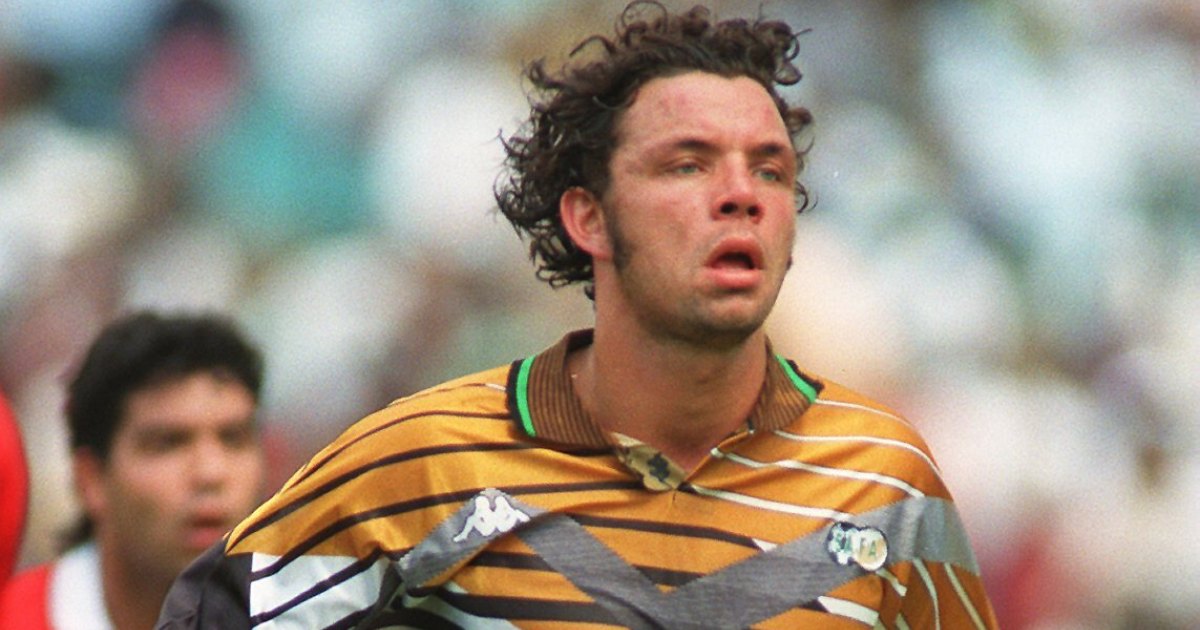 Be that as it may, it was far from plain sailing for the North African star, whose tactical naivete posed problems for the then-Inter boss.

His opening months under Conte in Italy were typified by lapses in concentration in his defensive third, as witnessed in Inter’s 2-2 draw with Parma in October 2020, and mistakes, like the error against old side Real Madrid in early November.

“This is a lad that is just over 20 years old and who played for just two seasons in Dortmund and the Bundesliga, a league which is much less tactical,” Conte interestingly stated after beating Bologna in December 2020.

At the time, Hakimi was dropped by the former Chelsea boss with Matteo Darmian trusted for a run of games.

Yet, the wide defender recovered from that setback to become a vital cog in that relentless Inter machine that supplanted the Old Lady in Italy, ending their nine-year dominance.

Again, he finished the season with 15 goal involvements (seven goals and eight assists), higher than Liverpool’s Alexander-Arnold (nine) and bettered by only Gosens in Europe’s top five leagues.

While PSG took advantage of Inter’s financial worries to bring the world-class defender to Paris, there is a sense Hakimi still yearns for a return to Madrid where it all began. For now, Ligue 1 are beneficiaries of the brilliant defender whose progress has been as rapid as his searing quickness.

He has even added free-kicks to his armoury, becoming the first player to score two at the same Africa Cup of Nations finals since 2008.

Egypt are the Atlas Lions’ next opponents and you will not put it past Hakimi to stun the seven-time champions from a dead-ball situation as this Morocco side strive to make it to the final four for the first time since 2004.

Aware of his menace, the Pharaohs will undoubtedly be wary whenever Hakimi stands over another set-piece from scoring distance on Sunday.