Morten Gamst Pedersen: I cried when I left Blackburn; I rejected big offers 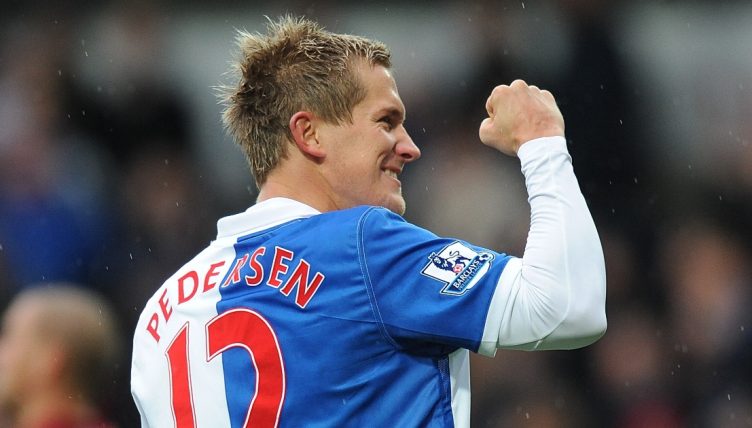 Morten Gamst Pedersen was never short of stamina at Blackburn so it probably shouldn’t come as a surprise that even now, at the age of 39, he’s still putting in the hard yards back home in Norway.

Aged 38 and having been released by Tromso, his first professional club, at the end of 2019, you could have forgiven Pedersen had he decided to call it a day.

But instead he dropped down to the third tier in his homeland to join Alta IF and continue his mission to keep playing into his forties. It was a no brainer.

“I love to play football. I have the best job in the world,” Pedersen says. “I get to play football and train every day as my job. I’m very, very privileged to do it and when you get the chance to do what you love to do the most then why not do it?”

That passion was evident from an early age. He comes from a sport-obsessed family with a father who played football professionally. Pedersen didn’t feel any pressure to follow in his footsteps, but it gave him a good grounding. The desire to practice and improve came naturally, although growing up in Vadso presented a few unusual challenges.

“In the wintertime we played indoor, or on the ice and snow outside. In the summertime you could play all day with the sun,” he laughs, referring to the region’s 24-hour daylight during June and July.

“Of course, when you’re a thousand kilometres inside the Arctic Circle you get a little bit of a different climate compared to other places.”

His work ethic was remarkable. Indeed, for all the spectacular goals that Pedersen scored with his left foot, it was actually the right that was most dominant during his early years. He made a conscious effort to work on both feet as a teenager to give him the best chance of succeeding, and he came to favour what had originally been his weaker one.

Tromso were suitably impressed by his technique when Pedersen played against them for his local team, and he signed for the club as a 17-year-old. They were relegated from the Tippeligaen during his second season as part of the first team, but it proved to be a blessing in disguise which accelerated his progress.

“It was tough times. It’s hard when you’re ending up in that situation but of all the bad things that was maybe the best that could have happened for me in my career.

“I went down a level and I could improve even more. It was a little bit easier and I had a really good season, so when I got back to the top level I was even more prepared for it.”

Pedersen scored 21 goals in 28 games from the left wing and his impressive form continued over the next two seasons, leading to an international debut against Northern Ireland in 2004 during which he grabbed a brace. 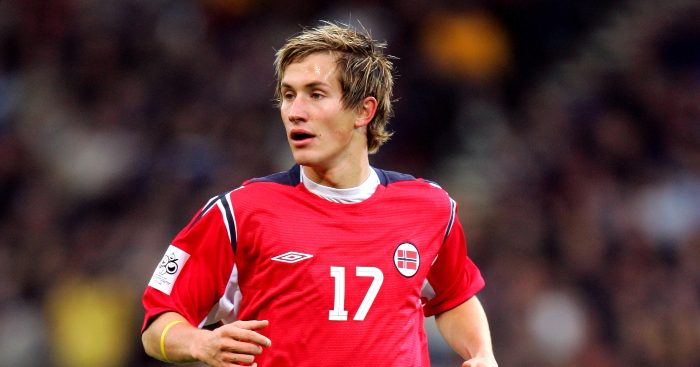 There had previously been trials at Wimbledon and Middlesbrough, but now scouts were circling and he was ready to take the next step.

“There were loads of clubs watching me that year, like Manchester United and Aston Villa, but Blackburn was the most concrete one. I wanted to go to a place where I could play regularly as well. That was an important thing too,” he says.

“My first impression when I got there was that Blackburn was a very nice club. A family club that really cared about you. That was really nice. They took care of me from day one. I think it was a good club to come to when you arrive from a small place in Norway.”

The homeliness and strong traditions of Blackburn stood out, but they weren’t immune to the volatility of modern football. Within days of signing for the club, Pedersen had made his debut and seen the manager who bought him, Graeme Souness, leave for Newcastle United.

He started the first game under Mark Hughes but was then suddenly left out of the squad altogether.

“He thought I maybe wasn’t 100% ready for the Premier League so I was sitting in the stands for three months. I always knocked on his door and asked what I could improve to be in the team and how I could prepare myself.

“I knew I was going to get a chance sometime, I just had to be ready for it. It happened when I wasn’t actually in the squad and then Brett Emerton got ill just before the game. I started and I scored in three games in a row. After that there was no way back.”

Pedersen was an ever-present from then on as Blackburn moved away from trouble at the bottom of the table and reached the semi-finals of the FA Cup. He endeared himself to supporters with a late winner at home to local rivals Burnley in a fifth-round replay, thumping the ball into the roof of the net from a tight angle.

Such powerful strikes became something of a Pedersen trademark. Many came in his second season as he scored 10 goals on the way to a sixth-place finish, the League Cup semi-finals and qualification for the UEFA Cup. There was a stunning volley in off the crossbar against Fulham and a match-winning brace away to Manchester United.

Morten Gamst Pedersen launches this volley into the roof of the net for Blackburn Rovers against Fulham in the Premier League [2005]#Rovers #BRFC #BlackburnRovers pic.twitter.com/y535o3pJBw

“Scoring two goals and beating them at Old Trafford was really big. We hadn’t done that for almost 50 years. That will always be special but there are loads of nice memories, like beating Burnley in the cup. We could talk all night about good memories.”

Many came during the four years that Hughes spent at Ewood Park. Pedersen got on well with the manager and his coaching staff, which contributed to him playing some of his best football during this period.

“I had a really good relationship with him, Mark Bowen, Kevin Hitchcock,” he says. “They came into the club and took us forward. I think it was really nice. He’d just been at the club as a player so he knew it really well. I got really close to them and I could talk to them about everything.”

The presence of players like Pedersen, Craig Bellamy, David Bentley, Benni McCarthy and Roque Santa Cruz made it an exciting time for Blackburn supporters. Tugay orchestrated the team while Ryan Nelsen and Christopher Samba were dominant at the back. In goal, Brad Friedel was as reliable as ever.

Unfortunately, except for a revival under Sam Allardyce, who Pedersen rates highly, their fortunes ebbed in the Norweigan’s later years at Ewood Park. The takeover by the Venky family generated some controversial decisions and far too much uncertainty. Relegation in 2012 brought Blackburn’s 11-year stay in the Premier League to a painful end.

“That was one of my toughest times as a footballer because you’re seeing the club you love go down. With all the fans and everything, you know how much it means to you and to them. Of course it’s tough. You want to take the club back again. You don’t want to just leave a sinking ship.

“We changed manager a lot and the stability was up and down. We didn’t get all the right things done. I’m really sorry that we didn’t get all the things sorted out, but I hope the club will bounce back, get stabilised and hopefully get back to the Premier League where they belong.”

Pedersen stayed on for another season following relegation, but a promising start to life in the Championship soon petered out and the club burned through three managers, ending with Gary Bowyer in charge on a caretaker basis for the second time.

That summer Pedersen was told that he would be unlikely to play often so bid a tearful goodbye to a place that meant so much and had been his home for nine years.

“It was sad. That was a really tough day. There were a few tears rolling down my cheeks,” he recalls.

A move to Turkey with Karabukspor ended abruptly after six months and Pedersen returned to Norway, where he fulfilled a childhood dream by winning the title and Norwegian Cup at Rosenborg.

He rejoined Tromso in 2016 and has been in Norway ever since, but despite living more than 1000 miles away from Blackburn, Pedersen keeps track of their progress and remains in touch with many former team-mates and staff. He had chances to leave Rovers earlier on but decided to stay, developing strong bonds as well as making almost 350 appearances.

Such loyalty and longevity is rare, and even more so from a player with no prior links to the club or shortage of suitors at his peak. Bigger Premier League clubs were interested, while there were also offers from Italy and Spain.

“I don’t regret anything. I’m really proud of achieving what I’ve done,” he says. “You can always say what if you did this, or what if you did that, but I think it’s hard to speculate on what would have happened. I’m really happy. Not many footballers can stay at one club for so long either so I look at that as a great achievement as well.

“I think fans will remember me as a happy player. I loved the fans and I took time to talk to them. I think I’ve got a good history with them.”

This article was originally published in October 2019.