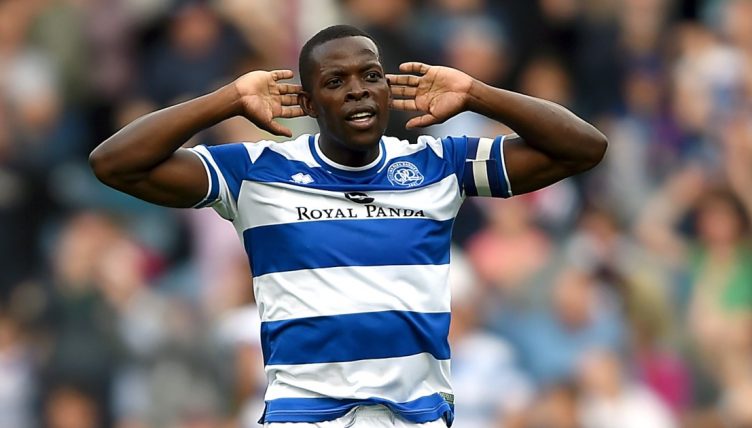 “I enjoy talking about football, so to do it for a living was a no brainer, really.” When Nedum Onuoha puts his decision to become a pundit after hanging up his boots in 2020 like that, it is hard to argue.

Yet Onuoha is not only on 5Live or ESPN or his podcast ‘Kickback with Nedum’ because he likes a natter. He feels he has something to add to the punditry circuit, an adjunct to the football world that is increasingly caustic and noisy as outlets and broadcasters search for attention.

Onuoha outlines his role on radio and television as providing an alternative to stale, old-hat, sometimes-cliched opinions.

“I actually enjoyed being able to try to speak in a way which represents what modern football actually is,” he says. “And I’m not saying I know what’s happening up and down the country and all around the world, in terms of what’s happening at particular football clubs.

“But most of the time I felt as a player you can be misrepresented by people talking about the industry who aren’t really a part of it anymore.

“It was good to be able to challenge certain opinions by stating, ‘Well, this is how a younger group of people think now.’ I think I’ve got a better understanding of a younger player now, because I’ve seen what they’re going through.

“In football [punditry] there can be a case of like an old boys club, and they can agree on everything, because back in their day everything was great. And very rarely does it get challenged because there’s nobody talking about a time that wasn’t in their day.

Onuoha reiterates the point, before rounding it off with a pertinent question: “What’s it like when you retired 20 years ago and you’re talking about someone on social media?”

He illustrates: “The prime example was Paul Pogba when he scored for France when they lost to Switzerland. He did the celebration after he scored. I was in the studio and people were getting really uptight and said, ‘That’s ridiculous. That’s a stupid dance.’

“But I understood the gravity of that dance because now everybody who loves Paul Pogba, who is of a young age, is going to be doing that exact dance after they score a goal. So, I can say that, and then they can say what they say, and we’ve represented the whole spectrum … it’s more rounded as opposed to just leaning towards stereotypes.”

Onuoha says he didn’t always have his heart set on punditry, but gradually moved towards it after guest appearances on the BBC in the latter stages of his career, once he was already playing in MLS with Real Salt Lake.

His last professional season was in 2020, by which time, Onuoha believes, football and professional footballers had changed considerably from his early days at Manchester City. 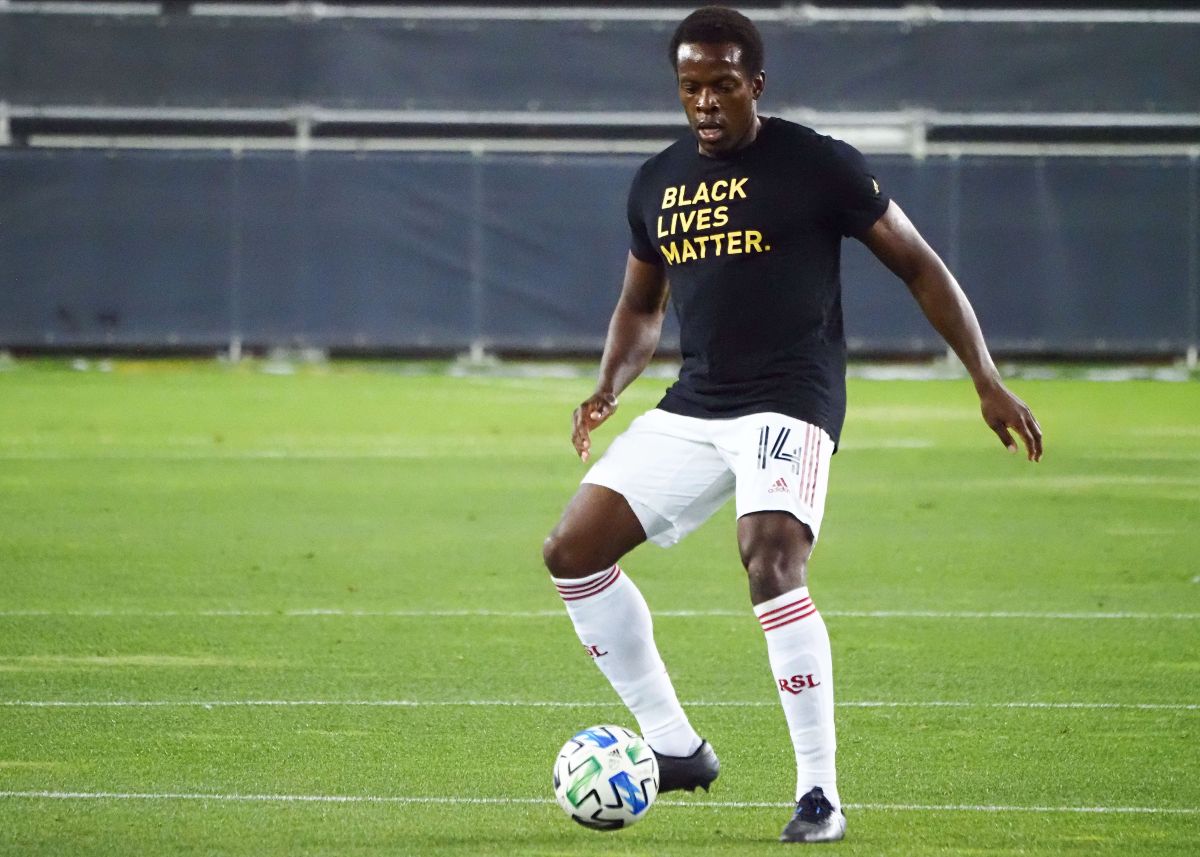 “When I first started in 2004, if you wanted to be accessed by fans, you’d go into forums, or go to supporters’ club meetings and things like that. Now you’re on social media doing live stream Q&As, potentially for millions of people. You’re a bigger individual brand now than you were back then, regardless of your ability.”

The way Onuoha frames it suggests that he thinks many of the changes have been positive. “The players, they know that the game itself is far beyond what happens on the field,” he says. “And they’re good with that, they know that their words travel further.”

He believes there is more respect and less tribalism among the players: “When you look at the England team [for Euro 2020], there’s a back four made up of players from City and United, but they were all buddying together. Historically, that could have been a disaster. If that was Liverpool and United from the 2000s, that could have been a disaster.

“Joleon Lescott scored in the first game at the Euros in 2012 and he got an assist from Steven Gerrard. Days after the game there were certain people associated with Everton asking, ‘Why did you go and celebrate with Gerrard?’ That was the mentality nine years ago.”

He adds that it’s now easier for young players to establish themselves without the sort of intimidation that was once common. Though there is still a way to go, Onuoha says football is less “cutthroat” and “more supportive” now.

“The stuff which went on from when I was first coming through, you’d argue that was bullying,” he continues. “I dread to think how many players from way back when didn’t have the careers they could have had because they didn’t conform to the bullying standards.

“I’ve seen guys who’d see youngsters come into the training ground and be kicking them all the time in training and doing everything they can to make sure they don’t feel welcome … Back then that was the norm, if you didn’t get through that, basically you were worthless, regardless of your ability.”

Why has the change happened? The first thing Onuoha points to is that dressing rooms are generally younger than they once were. He also says the foreign influence on English football has played a part.

“Back then, if things were going wrong it’s, ‘We’re gonna revert back to the English mentality, the British mentality, which is this, this and this.’

“But the game is more diverse now in terms of nationalities race all that type of stuff, so some of the viewpoints that exist within it actually made the landscape a little bit friendlier… For example, Muslim players, if they’re going through [Ramadan] or something like that, they’re being supported, as opposed to being potentially ridiculed.”

Onuoha says he went through difficult times in his career, especially towards the end of his time at City. “I’d been at City from the age of 10, and I’d been selected by every manager. Then when Roberto Mancini came in, I went from being a starter for Mark Hughes to not being the first sub to being the person left out of squads … the manager didn’t like me as a player and I felt like he didn’t like me as a person.”

It was not the rejection as much as the lack of explanation from Mancini that hurt. A decade on, Ounoha still doesn’t know why Mancini cast him out. Partly as a result of that experience, he took young players under his wing later in his career, citing Eberechi Eze and others at QPR – and now wants to become a mentor.

Those difficult times also shape his punditry. While there are some pundits who stoke controversy by airing a controversial opinion or heavily criticising a player in poor form, Onuoha says he tries to be more nuanced.

He calls it a “storytelling perspective” – trying to provide insight rather than judgement. If, for example, he was asked about a player being late to training, he would tell a story rather than give a “definitive take.”

“When I was at QPR, there was a guy on the [carpark] barrier who was writing down what time everybody gets in. But you’d never know until you got fined. And then you think, ‘No, I wasn’t late.’ But then the guy says, ‘Look, 9:02.’ He gave the times to the manager. But then you find some people are paying off the guy on the gate to make sure they’re never late!

“That’s the type of thing which I’ll be talking about because that’s a funny story which shows you not everybody’s perfect. That’s more fun, over saying things like, ‘This guy’s a disgrace because he was five minutes late.’”

Asked for the pundit whose style he likes most, Onuoha selects Tony Romo, a former Dallas Cowboys quarterback turned gridiron analyst for CBS. “He’s never quick to throw anybody under the bus,” Onuoha says.

“He understands that most of the time, there aren’t bad players but there are players who aren’t playing well. He understands the difficulty of being in that position… he’s continually providing insight about the game that’s going on.”

While Onuoha openly admits that the spectacles through which he views football are tinted sky blue, he says he tries to remain balanced and give both credit and criticism where they are due. Still, he is sometimes subsumed by the tidal wave of partiality that washes constantly across social media – from Messi fans if he “bigs up Ronaldo” and vice-versa, or from club fans if he praises their rivals.

“In theory, people say they want pundits to be neutral. What a lot of them really want is for people to speak favourably about the thing which they love. When you speak bad about it, it’s just, ‘Oh, typical. They’re always like that, they just hate our club so much.’

“I’m lucky because with the BBC, ESPN, The Athletic, I can get into the ‘why’ – and the ‘why’ isn’t just a case of, ‘This person didn’t try.’ I’ve got no time for that. I’ve never seen a player I’ve played with not try in a game, but I’ve heard loads of people say, ‘This guy’s not trying.’ [That’s] never the case, never.”