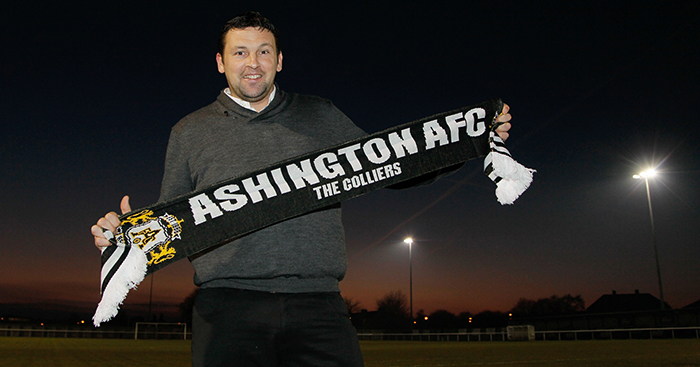 Steve Harmison is better known for firing 90mph missiles than kicking footballs. But it was training with Newcastle United, not England, that delivered his breakthrough 7-12 in Jamaica against the West Indies.

Make no mistake, Harmison was in a low, low place at the end of 2003. Refused a central contract by the ECB, despite finishing the year as England’s leading wicket taker, and then on the end of heavy criticism from both inside and outside the team when deciding to skip a trip to Sri Lanka due to injury, he felt, not for the first time, his face somehow didn’t fit.

Throw in one of the depressive episodes he dared not speak about, believing it would end his England career, and it was clear that desperation, rather than hope, was his constant companion.

“I was in limbo,” he says, “while everyone else knew where they stood. It made me feel like I wasn’t trusted.

“I didn’t play for central contracts. I played as well as I could for England whatever the circumstances. I just felt I wasn’t getting the recognition I should have been.

“Other people seemed to catch the eye while I didn’t. If I had a quiet game, I had a ‘bad attitude’. But my attitude never changed – I always wanted to do my best for England.” 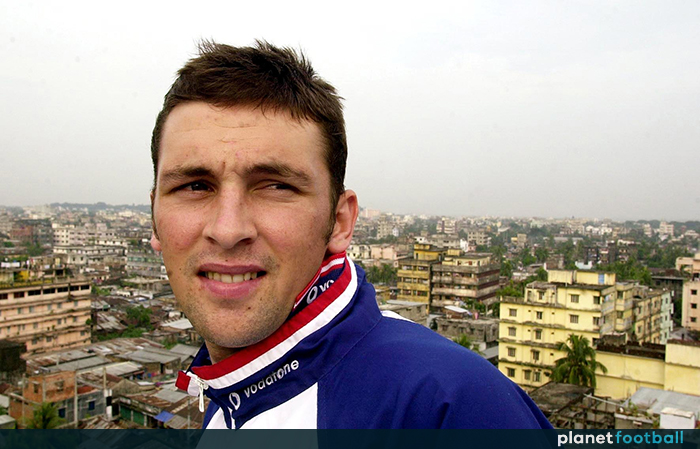 With other players ready to step into the breach, Harmison’s decision to stay at home jeopardised his place on the final leg of England’s winter travels to the West Indies.

Not only that, but with his native Durham CCC shut down for the close season, and England’s academy 180 miles away in Loughborough, accessing targeted training would be tough.

As a Durham rookie, the club’s then-fitness coach Paul Winsper had taken Harmison from gangling youth to ripped and ready world beater. His expertise had taken him to Newcastle United, who then trained alongside Durham’s Riverside ground.

“I was over there all the time,” recalls Harmison. “I’d nip through the fence to watch them training, and Paul would come back the other way to watch the cricket, as would Rob Lee, a big cricket fan, who lived in one of the big houses alongside the ground.” 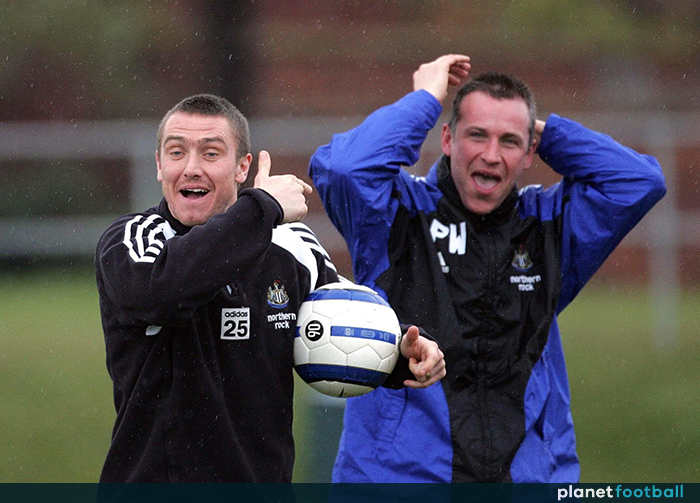 Derek Pringle, former England all-rounder, and now journalist, had given Harmison a going over in the press. Winsper hadn’t liked what he’d read. He felt it didn’t describe the man he knew.

“Paul had read the Derek Pringle article,” says Harmison, “as had Sir Bobby. He asked the manager if he could bring me into the club.

“I couldn’t believe it. Newcastle were in Europe at the time. They had all my heroes – Alan Shearer, Gary Speed, Shay Given, all these big players. I was like a kid being offered the keys to a sweet shop.”

Meeting Sir Bobby, unsurprisingly, was a memorable moment for Harmison.

“He was kind, generous, and knowledgeable, just as I’d imagined him to be. ‘I didn’t like what they wrote about you,’ he told me. He was a very infectious character and was talking a lot about cricket as we went down to the gym.”

There Harmison, himself no mug on the football field, having played for non-league Ashington as a defender in his teens, found all his aforementioned heroes.

“Sir Bobby said, ‘Look at them. You spend six weeks here and you’ll understand why they’re the best at what they do. Train hard with them and you’ll be in a good position.’

“Then he looked round. There was Kieron Dyer, Craig Bellamy, Jermaine Jenas, and Titus Bramble. ‘Train like these four, and you’re going nowhere (with England). I can get rid of you. I can’t get rid of them!’”

Harmison found himself immersed in an atmosphere far removed from the more lackadaisical approach of cricket.

“Over the course of that winter I had my eyes opened to what it took to be an individual in a team in the top end world of professional sport.

“Alan Shearer didn’t really do any upper body weights, but he had problems with his knees and ankles so worked tirelessly hard to make sure they were strong. Paul Winsper would set out a training programme for him and then Alan would come in and nail it. 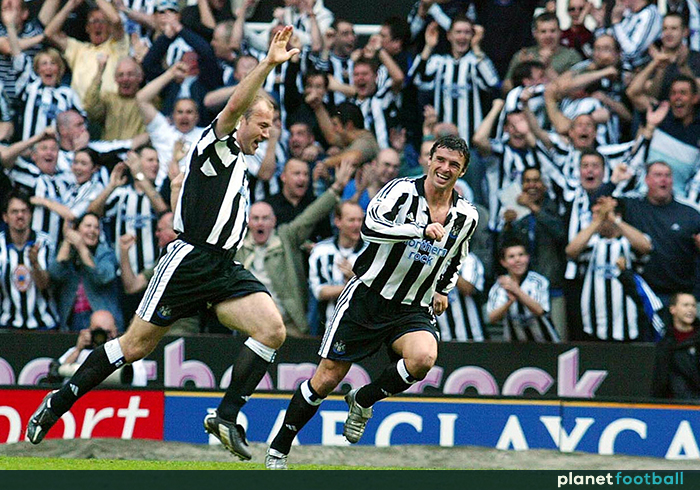 “The whole set-up was so professional. The players would be told what to have for breakfast, lunch was the same. They weren’t allowed to eat until a certain time.”

Harmison threw himself into the regime – while maintaining a respectful distance from his temporary colleagues.

“Accidents of any kind at Newcastle were a massive fear to me,” he smiles. “I never wanted to be near a footballer in a training environment because million pound footballers are like Bambi on ice.

“It would have broken my heart if I’d injured a player by one of them tripping over my size 12 feet. I had total respect for the environment I was in.”

After a winter with Newcastle, Harmison arrived in the West Indies stronger and fitter than he’d ever been. He blitzed the West Indies to become Man of the Series with several explosive spells. 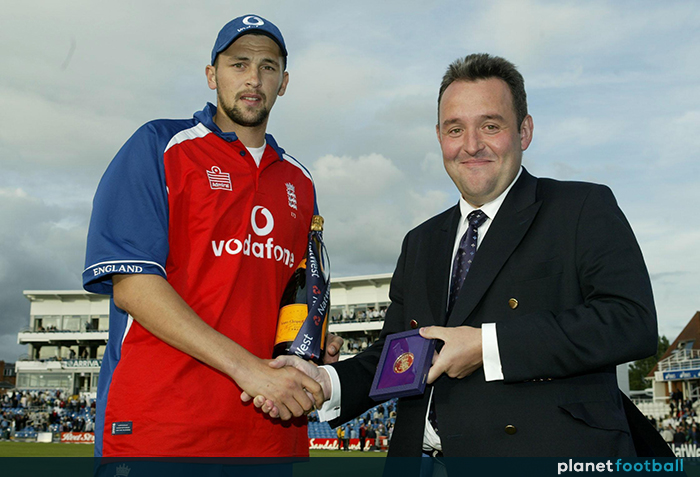 After his 7-12 at Sabina Park, Newcastle United shipped him out a signed shirt with the figures emblazoned on the back. ‘Unique Harmy,’ Sir Bobby wrote on it. The shirt remains Harmison’s most treasured possession.

But the paceman’s relationship with the club didn’t end there.

“I trained with Newcastle for six years,” he says. “I saw four or five managers off. Sir Bobby was my all-time favourite, but I liked Graeme Souness as a man.”

Harmison would never forget what Sir Bobby, in particular, had done for him. When the bowler’s benefit year came in 2013, he chose the Sir Bobby Robson Foundation, which helps cancer patients from across the north-east, as his chosen charity.

“It wasn’t just at Newcastle United I’d see Sir Bobby,” reflects Harmison. “Down the years I’d see him at Durham – you knew he was in when you spotted his Rolls Royce in the car-park. 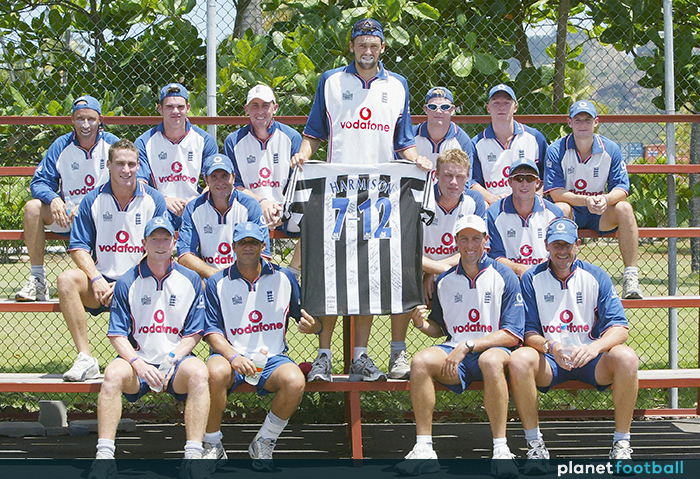 “He was in no way flash, though. All he wanted to do was sit and talk about cricket. I couldn’t have been more happy to oblige. He’d done so much for me, allowing me into a top Premier League club at a crossroads in my career.

“Thanks to him I’d reached a position where I realised that if I wanted to play cricket at the highest level I needed to be better, stronger, and fitter than I was, physically and mentally.

“I spent eight weeks with Newcastle and by the end I felt a different person. I felt so strong, as if I could take on the world. It lifted me so much. I wouldn’t say I felt like an athlete, but I was comfortable with my body shape. I didn’t have any insecurities in my mind as to whether I was fit enough. I was superfit, mentally refreshed.

“I probably never got to that point again, but it set me off on the crest of a three year wave from which I never looked back.”

Working with Robson and co. was not only a memorable experience for Harmison but also, it would prove, an extremely useful one.

In 2015, six years after retiring as a cricketer, he was appointed manager of his hometown football club, Ashington, the one he briefly represented before switching sports, in the ninth-tier Northern League Division One. 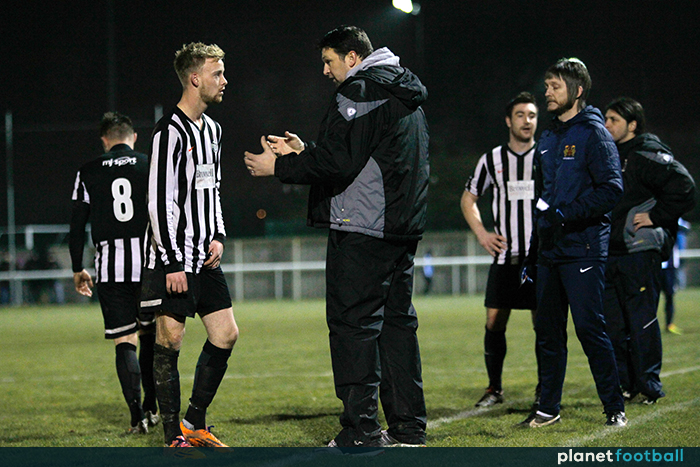 The appointment is not as bizarre as it sounds. The Harmison clan, footballers through and through, have a long association with the team – his father was once assistant manager, his older brother James is a former captain and rejoined the club last year, while younger brother Ben was also signed to complete the set.

“I’ve enjoyed moulding the team,” says the middle Harmison, 38. “There’s been some good characters at Ashington, complex characters. I can see my former cricketing team-mates in them – the jokers, the more serious ones, the know-alls, and the idiots.

“I’m more of a relaxed character than someone who shouts and bawls and screams. The minute someone shouted, bawled, or screamed in any dressing room I was in, I was looking at the wall. I’d rather talk things through, try to work things out.”

This interview was originally published in July 2017.