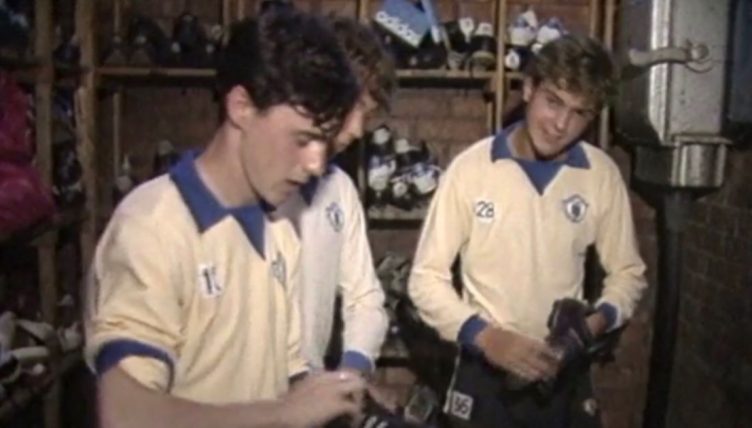 There is a tale in Nicky Welsh’s book which encapsulates his journey from Manchester United supporter to signing for his beloved Reds – and back to being one of the lads on the terraces again.

The Salfordian had been asked to line up, much to his bemusement, in a United former players’ team against Leeds United.

Partnered with club icon Sir Bobby Charlton in the centre of midfield, Welsh takes up the story.

“Five minutes remained of the first half when the ball was passed inside to me, about 10 yards outside the Leeds box,” Welsh says. “I could hear Bobby Charlton shouting ‘pass, pass it!’, as he was unmarked to my left and racing through.”

But instead of squaring it to perhaps England’s greatest ever player, Welsh decided to go for glory – and spluttered it out wide.

Welsh recalls: “I heard a very particular, familiar voice screaming loudly, ‘what are you doing? Who do you think you are?’

Now 54 and a successful businessman, all he ever wanted was to play for United, something he documents with candour and humour in his memoir ‘My United Road’.

Raised in a tight-knit, Irish Catholic and United-mad family, Welsh saw his first game at Old Trafford in 1974. Ten years later, he was among the first cohort taken on as part of the nascent Youth Training Scheme at United.

Encouraged by his dad Barry, a former professional himself, Welsh was scouted at 13 and was asked to attend The Cliff, United’s famous former training ground in Salford.

“It was an unbelievable moment because I used to go to The Cliff with my programmes and copies of Shoot! magazine for the players to sign,” he says.

“Even then, I was living the dream. I thought it was my destiny, that it was written in the stars that I would go all the way at United.”

Among his contemporaries on the YTS scheme were Alan McLoughlin, who would become an established Republic of Ireland international, and who sadly died earlier this month, and future England midfielder David Platt.

On his first day, Welsh was captured by the News at 10 cameras cleaning Bryan Robson’s boots. But aged just 18, after two injury-plagued years, Ron Atkinson put an end to Welsh’s dream before it had even really begun, just before the 1985 FA Cup final against Everton.

“Big Ron called me into his office and told me the news,” Welsh says. “I begged him to let me come back in the summer – I even told him I would come and play for nothing.”

Along with the rest of the kids and reserve team players, Welsh was kitted out in the same suit the first-team wore for their trip to Wembley for the final, a game which United won 1-0 thanks to a wonderful Whiteside goal in extra time.

🎥 Whiteside’s onside… That’s incredible… How on Earth did he get that past Southall [1985 FA Cup final] pic.twitter.com/vPGWRrZYwf

Welsh wasn’t involved, but he travelled down to London with the rest of the squad on a train specially charted for United staff – and does at least have a great story to tell from the journey from a time when a drinking culture had enveloped the club.

“I’d had problems with my legs and groins, and had three operations, so I spent a lot of my time in the treatment room, along with Robbo, Big Paul McGrath and Norman Whiteside,” Welsh says.

“I would join them for their famous Tuesday sessions, so I guess I had a great apprenticeship in boozing. Big Ron let them get away with it as long as they were performing on the pitch.

“Most players at the top clubs were at it – even Liverpool, who were the most successful team back then. We would go to Paddy Crerand’s pub, and it wasn’t unusual for Liverpool players like Alan Hansen, Alan Kennedy and Terry McDermott to join us.”

On the journey to London, Welsh adds: “One of the group was so paralytic that we had to carry him down Wembley Way.

“There was no way we could take him to the seats, so we left him under the stairs below the Twin Towers, and we had a rota so each of us could go and check on him.

“That player was Lee Martin and, five years later, he scored the winner for United against Crystal Palace in the 1990 FA Cup final replay.”

Welsh was shattered after being let go and was in a state of despondency in the summer of 1985 when friend Paddy Crerand suggested he link up with former United stars Nobby Stiles and Johnny Giles at West Bromwich Albion.

Thinking that Stiles and Giles would eventually return to Old Trafford as a management duo and take him back with them, Welsh played a couple of times for West Brom’s reserve side.

But when that didn’t work out, he went to play in Malaysia – where locals were under the impression that he was a superstar.

Welsh had been recruited by businessman and entrepreneur Stephen Sya for a Kuala Lumpur-based club called Cheq Point.

“I arrived at the airport and this guy Mr Sya greeted me,” Welsh says. “The next thing I know, I’m taken to a room upstairs where there were a load of journalists and photographers, so it was basically a press conference.

“Mr Sya started by saying, ‘I would like to introduce you to a future Manchester United and England star, Nicky Welsh!’

“I didn’t know what was going on. One of the journalists even asked me if I thought moving to Malaysia would affect my England under-21s’ chances!”

After a couple of months at Cheq Point, where his team-mates included Glenn Hoddle’s brother Carl, Welsh returned to the UK. 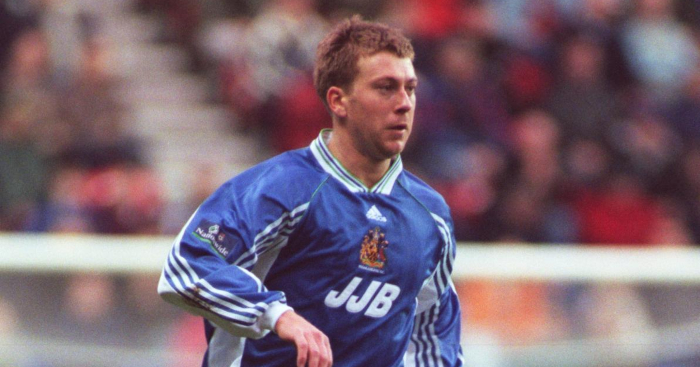 A few reserve games for Port Vale confirmed what he already knew – he didn’t want to play professional football anymore.

“I just wasn’t interested,” Welsh says. “I wanted to follow United as a supporter. I had lived part of my dream, but I felt I was better off as a fan than as a player. My dad was fuming with me about it for a long time.”

He went back to being a fervent supporter, following United around the world and witnessing the glory years of the 1990s and 2000s.

Still friends with Crerand, Robson, McGrath and Whiteside, Welsh is also close to Ferguson – and had a connection with another of United’s legendary managers in Sir Matt Busby, which came about through an ex-girlfriend.

“I was invited out for a Molloy Sunday lunch with the entire family at the Four Seasons hotel to celebrate Kaaron’s birthday,” Welsh writes in his book. :

“‘Well, obviously me, my sister Siobhan, Mum and Dad. Oh, and my Auntie Sheena and Uncle Matt.’ “Sounded a bit boring but hey ho. A nice meal at least.

“I entered the Four Seasons in my Sunday best and headed for the bar. The first person I bumped into was a lovely old Irish lady called Kitty, who ran the bar.

“‘Hiya Nick,’ she said in a soft Irish brogue. ‘They arrived early and have already gone through, just around there,’ she explained, pointing.

“I thanked her and on turning the corner couldn’t believe my eyes. I honestly thought I was seeing things. I’d obviously seen Sir Matt at times around Old Trafford as he still had an office there, but I’d never dreamt of saying hello. I was simply too much in awe.

“It turned out the Molloy family were extremely close to the Busbys. Kaaron and her younger sister had grown up around them since they were babies. Although not blood related, they were so close that they referred to them as Aunt and Uncle.

“Starstruck and in an utter state of shock, I can’t recall much about the meal if I’m honest. I just stared at the great man!”

Decades later and Welsh was managing an Under-13s team which featured one of Ferguson’s grandchildren.

The two became friends and when he revealed that he was writing a book on his experiences at United, Ferguson indicated that he would like a copy to take on holiday.

We all have our own United Road. It comes from different paths. Along the way there are beautiful, unforgettable moments, pitfalls & heartbreak. Those who caused the madness drift away, but always in your heart. What Nicky's story is about. Hope we caught it. @myunitedroad #MUFC pic.twitter.com/99YUokICfv

“The trouble was that my words were only on my laptop and he was going away a few days later,” Welsh says. “I was working in London and visited a printers in Kings Cross, but they ended up printing it on A4, one side only, so it was too bulky.

“Then I found a bookbinder guy near Salford University and asked him if he could do it for me within 24 hours. He said he couldn’t, so I asked if he was a United fan.

“This fella tells me his grandad played for Newton Heath Locos, so I told him the book was for Sir Alex Ferguson – and he got it done for me, working through the night.”

*My United Road by Nicky Welsh and John Ludden is available in paperback (£11.99), on audiobook – narrated by United-supporting actor Christopher Eccleston – from Amazon (£22.99) and for Amazon Kindle (£6.99).

Part of the proceeds will be donated to the Alzheimers Society – Sport United Against Dementia campaign in honour of Nicky’s dad, Barry.