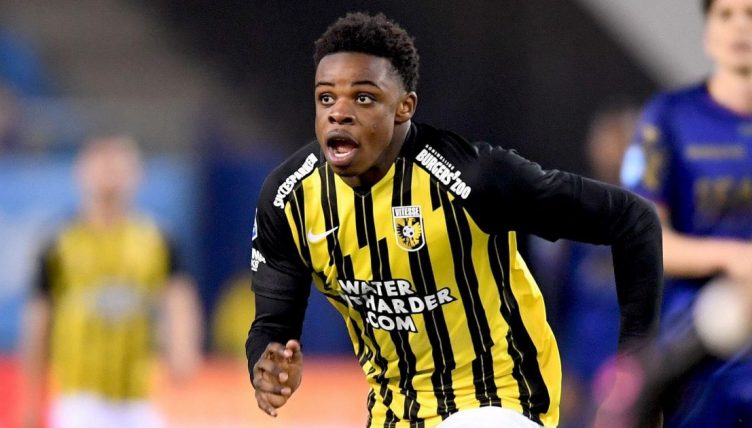 There is no doubting Noah Ohio’s determination.

The young forward walked out on Manchester United to join Manchester City and then turned down a contract on the Blue side of town to sign for RB Leipzig.

And the erudite 19-year-old believes he made the right decision.

Ohio says: “I had seen how some other players around my age had developed abroad – people like Jadon Sancho, who left City for Borussia Dortmund.

“I was 16 at the time and obviously I wasn’t going to go straight from the academy to first-team football.

“I could have continued at City and maybe I’d be the best player in the under-18s and so on, but I felt my development would be better if I was playing against men.”

Last summer, following a temporary move to Dutch side Vitesse, it was decided that Ohio would go out on loan once again.

And, instead of taking the familiar route between RB Leipzig and Red Ball Salzburg, he instead headed to Austria Wien in the country’s capital.

The club has endured financial difficulties, meaning they had to let several of their better-paid players leave.

However, a young squad, led by Manfred Schmid, are fourth in the league and challenging for a place in Europe, with Ohio making 27 appearances so far this season.

But life in one of Europe’s most beautiful cities is a long way from his early days in Almere in the Netherlands.

The son of Nigerian parents, Ohio began his career at FC Almere, where he was spotted by Manchester United at a local junior football tournament.

Offered a deal to join the Reds’ academy at just 10 years old, Ohio, his parents and two sisters headed to Manchester.

“My English wasn’t great, to be honest,” he recalls. “United arranged for me and my sisters to attend a local school, so I picked English up as I went along.”

His team-mates at United included Teden Mengi, Anthony Elanga and Mason Greenwood, but he later swapped Old Trafford for the Etihad – something United chiefs were not thrilled with.

“They weren’t happy about it,” Ohio, a childhood Ajax supporter, explains. “But City had just finished work on its City Football Academy, and I felt the younger players there had a chance to really progress.

“I sat down with my family to talk about it and we decided to do it. I don’t regret moving there.”

Among his cohort at City were Tommy Doyle, James McAtee and CJ Egan-Riley – who have all made their first-team bow in the past two seasons.

“It was fantastic for me and I improved a lot as a character, too, because they build you as a human being,” Ohio says. “They teach you the values that you carry with you through life.”

🇩🇪 Noah Ohio (@noahohio9) has left Manchester City to join RB Leipzig. The 16-year-old forward was born in the Netherlands but has represented his country of birth & England at youth level. He'll join RB's U17 side who Matthew Bondswell played for last year #dierotenbullen #MCFC pic.twitter.com/J0kxJygTyW

His only interaction with Pep Guardiola was when the City manager watched him in the KDB Cup, a youth competition in Belgium named after City attacker Kevin de Bruyne.

“I had scored twice in a game and he told me that I had played well and to keep it up,” Ohio says. “He wished me congratulations, but I never spoke to him when I left City.”

That move to Leipzig came about in the summer of 2019.

Ohio adds: “City offered me a professional contract, which I was honoured about. But I didn’t want to be playing under-16s, then under-18s and so on – I just felt I would not improve by doing that.

“A manager would really have to put his life on the line to start you in a game in the Premier League. There is also less pressure on younger players at German clubs.

“You saw how Jadon [Sancho] did over there and what Jude Bellingham, who is one of my best mates, is doing now.

“Even if a young player is given a chance at a Premier League club, there is so much scrutiny from the media. If they make one mistake, the media are on to them.”

Ohio moved to Leipzig on his own, the first time he had done so. After the excitement of joining such a top club had worn off, loneliness began to creep in. 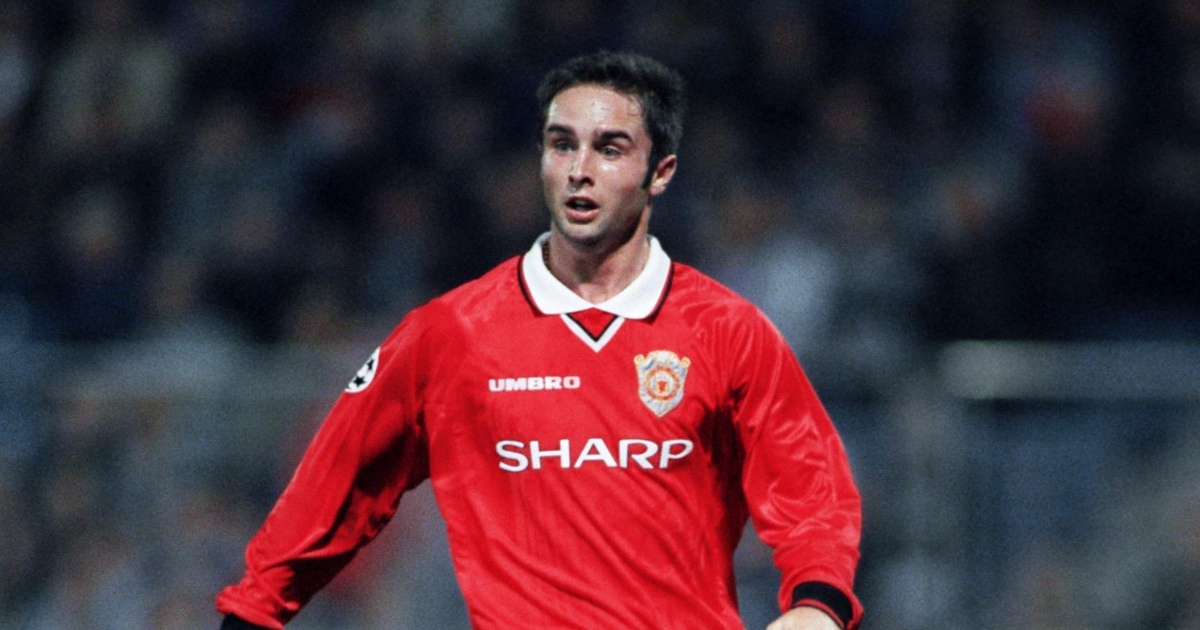 READ: Mark Wilson: A bit of my football soul left me when I left Man Utd

He says: “The Red Bull organisation is phenomenal and I was okay for the first month or so of signing. But there were times when I would be in my room and I’d just miss home and the little things, such as my mum’s cooking.

“If I’d had a stinker in a game – because my room at the academy looked out onto one of the pitches – it was hard to switch off from football.”

A Christmas break in 2019 re-energised him, but then the coronavirus pandemic hit. Ohio managed to catch one of the last flights out of Germany and spent the first lockdown with his family in Manchester. On his return to Leipzig, he was invited to train with the first team.

“They were all really welcoming and nice to me,” Ohio says. “They helped us younger lads in any way they could and told us it is okay to make mistakes in training and that we were there because we are good.”

By January 2021, then-manager Marsch decided he would benefit from going out on loan.

He joined Vitesse but only made four appearances in Arnhem, mainly due to the form of current Southampton striker Armando Broja, who was racking up the goals while on loan from Chelsea.

Ohio explains: “It was very hard initially and I struggled, moving into an apartment and living on my own again.

“I knew the language, obviously, and the manager [Thomas Letsch] gave me my senior debut, which I will always be grateful for. In the end, it was six months of learning and understanding about men’s football.”

Ohio netted just once in the Dutch top flight before heading out for a temporary move to the Austrian capital.

He is certainly enjoying his time there. “Apart from Salzburg, this is the biggest club in Austria,” he says. “I did pre-season with Leipzig and Jesse Marsch, who is a great guy, suggested I take in another loan.

“We both felt that the Austrian league would be good for me. One of my Leipzig team-mates, Eric Martel, had already joined Austria Vienna a few months before and he told me what a fantastic club and city it is.

“We’ve got a young team and everybody’s had their fair share of minutes. We are in the running for Europe and we hope we can qualify for either the Europa League or Conference League.”

He has played for both England and Netherlands youth national teams, but his loyalties lie with the latter – despite his ties to these shores.

Ohio, who is also eligible for Nigeria, says: “I feel Mancunian and I’m at home there. My family and my closest friends live in Manchester and I went to school there. But I feel Dutch, too. It is where I took my first footballing steps, so it is an honour to play for them.”

His contract at Leipzig runs out next year and his dream is to establish himself in one of Europe’s top five leagues, something which he has seen his close friend Anthony Elanga do at Manchester United.

And he would encourage more young British players to try their luck abroad.

“I’ve lived in some beautiful places, and I’ve learned about people’s different backgrounds and cultures,” Ohio explains. “Some players don’t want to leave home, so it depends on how much they want it.

“If you want to reach the level you want, sometimes you have to sacrifice certain things. Look at Harry Kane, for example – he had various loan spells before everything clicked for him.

“I believe in myself, and others do as well, so I have to stay patient.”