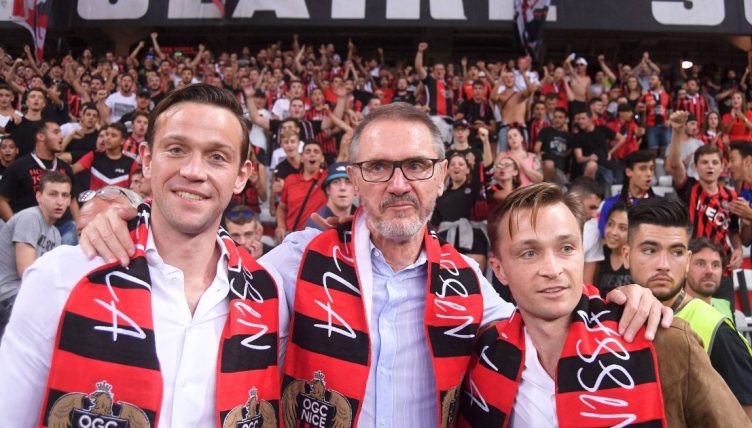 All eyes on Ligue 1.

The planet’s best player has arrived at Paris Saint-Germain and the international media are jostling for position, desperate to get a glimpse, unable to contain their excitement.

As Brest manager Michel der Zakarian rather crudely put it just before Messi signed: “We say that we have a shit league, but if we manage to bring in a player like that it would be exceptional. I’m not going to be polite here, but he gives me a hard-on.”

Not all French top-flight managers were so aroused, but love or hate the idea of Messi at PSG, there is one thing none of us can deny: it has turned the spotlights towards a division that social media nitwits have often referred to as a “farmers’ league.” Get your wellies on, Lionel.

Following the little Argentinian’s big entrance, however, there comes an important question: with the best player in the world at PSG’s disposal, can anyone challenge them domestically?

The financial and squad-quality gaps between PSG and the rest are gargantuan. Even before Messi that was the case.

PSG have won seven of the 10 French titles on offer since the club was bought out by Qatar Sports Investments in 2011. Those seven triumphs have been secured by an average margin of 14.4 points to the side in second.

In 2020-21, however, one of the rare exceptions to PSG’s domestic hegemony arrived. Underdogs Lille, with a brilliantly well organised side led by big Burak Yilmaz, managed to hold off the Parisians to take top spot.

On both previous occasions that QSI-owned PSG failed to secure the title, they went out and made a transfer-market splash. After missing out to Montpellier in 2012, they signed Zlatan Ibrahimovic and Thiago Silva. In 2017, after coming second to Monaco, they spent €222million on Neymar. Both times, they went on to take the title in the following campaign.

Will that story repeat itself with Messi in 2021-22, or can someone stop them? 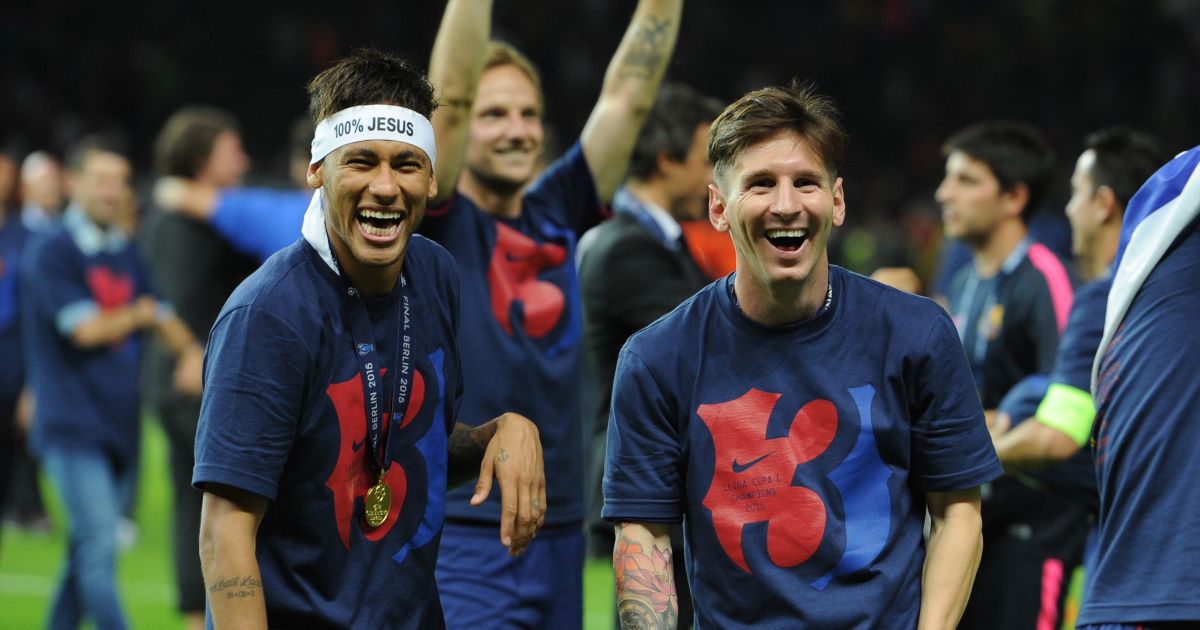 READ: ‘A phenomenon’ – What Lionel Messi and Neymar have said about each other

It is the tallest of orders – but the man who masterminded PSG’s downfall with Lille last campaign, Christophe Galtier, may well be best placed to perform miracle number two and get himself a French footballing sainthood. Yet this time he will be looking to do so from a very different vantage point.

Having led Lille to the title, Galtier knew the writing was on the wall. In December of last season, Lille president Gerard Lopez was forced to cede control of the club as the US creditors who funded his leveraged 2017 takeover lost faith in Lopez’s ability to repay their loans by the August 2021 deadline.

In essence, that meant Lille would be selling their best players to an even greater extent than had previously been the case. Galtier decided he’d had enough.

And, for his new challenge, he has moved about as far away from Lille as it is possible to get in France – all the way to Nice. Why? Well, because the most ambitious sporting project in French football outside Paris is currently underway on sunny Mediterranean shores.

In August 2019, OGC Nice was acquired by Brit Jim Ratcliffe, the owner of petrochemical company INEOS. And with the backing of a man who, according to Forbes, is worth US$16.6billion, Nice were, and are, looking to progress.

At the time of the takeover, Patrick Vieira remained in the dugout. But signings were made immediately. Kasper Dolberg, Stanley Nsoki and Alexis Claude-Maurice arrived for a reported total of €47million.

Yet, though a significant investment, these were not ostentatious, PSG-style transfers – none were over 21 – which reflects what INEOS and Ratcliffe are trying to do with Nice.

As Jim Ratcliffe’s brother Bob, INEOS’s head of football, told the Guardian in 2020, Nice want to “be known for people who are very thoughtful with what they acquire.”

He continued: “We will invest in Nice, but through Financial Fair Play, you are necessarily limited to what you can invest, so you have to make the absolute best of that investment… alongside that, we need the best academy, the best scouting, pathways, other pieces that we have either a partnership or an ownership in.” 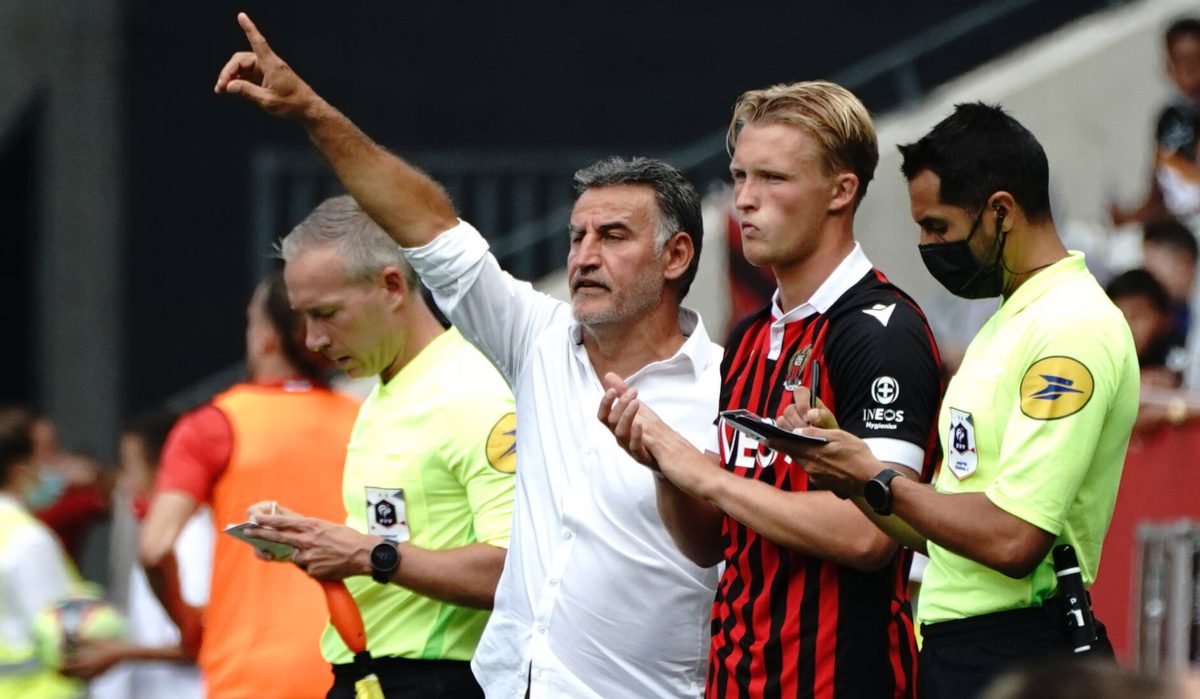 ‘Other pieces’ is an understatement. Nice is just a small part of a large – and seemingly carefully considered – project across the sporting realm.

Why, you may ask? According to Bob Ratcliffe, in an interview with the Financial Times: “Because INEOS has been a very successful company, the guys that own it are interested in sport and it’s a way of spending dividends.”

Others are less sure. A petrochemical giant, INEOS manufactures products that are potentially damaging to the environment. According to The Times, the company’s Middlesbrough plant alone breached environmental regulations 176 times between 2014 and 2017. Jim Ratcliffe has also been a big proponent of fracking.

Consequently, the company’s interest in sport has been explained by some as an attempt to ‘greenwash’ or ‘sportswash’ its image – that is to gain positive PR by associating itself with successful sportspeople and teams.

That seems a far more likely explanation than the one proffered by Bob Ratcliffe, but whatever the case, INEOS have been true to their aforementioned modus operandi at Nice.

Progress has been steady. Nice finished fifth in 2019-20, qualifying for the Europa League in a season that was abandoned after 28 games owing to Covid.

Come the summer, they strengthened again, but within reason. None of the reported fees were bigger than €10million and the players – ex-Manchester United man Morgan Schneiderlin aside – were youngsters with potential, most notably the delightfully skilled attacker Amine Gouiri.

Yet the season did not go to plan, at home or in Europe. Vieira was shown the door in December with his side 11th in the table and replaced by caretaker Adrian Ursea, who, with the help of defensive loan signings Jean-Clair Todibo and William Saliba, guided Nice to ninth.

Come the summer of 2021, however, INEOS’s football department seem to be aiming a little higher, and are doing so at a time when many French clubs – like champions Lille – are having to cut back, most for the same reason.

A €1.15billion-a-year television rights deal that Ligue 1 signed with Mediapro and BeIN Sports in 2018 seemed too good to be true. It proved just so. In December 2020, Mediapro pulled out of their €780million-a-year, eight-game-a-week share, unable to pay. Amazon are now paying €275million a year for the same eight games a week. You do not need to be an accountant to work out the effect that is having on clubs.

Yet with Ratcliffe’s billions behind them, Nice seem to have been able to soak up a little more of the financial blow and have moved forward again.

Without doubt, the biggest signing is Galtier. But for his playing squad, they’ve made the Todibo deal permanent, added midfielders Pablo Rosario and Mario Lemina and Dutch winger Calvin Stengs, and brought in Justin Kluivert on loan from Roma.

Again none of the initial fees have been astronomical, but they are already building on a firm base and, in Galtier, now have a master architect.

On the first day of this season, they drew with Reims 0-0 in a dull affair at the Allianz Riviera.

In the second game, however, Nice burst into life. Away to Galtier’s former side Lille, Dolberg scored after a minute and by half-time, it was 3-0. The former Ajax striker added another in the second half to sandwich goals from Gouiri and Hicham Boudaoui and complete a comprehensive win.

Against the reigning champions – who beat PSG in the Trophee des Champions earlier this month, lest we forget – it was a bold statement. Moreover, as Galtier himself said, “Nice played like the [Lille] of last season,” set up in a compact 4-4-2 and full of quick transitions and direct running.

So, can Galtier repeat last season’s magic trick on a different stage?

Monaco, Lyon and Marseille will likely be challenging for the top four. And PSG will look to get ahead and stay there. But this term, the Parisians will also surely be preoccupied with the Champions League to a greater degree than ever. Messi is arriving with a very specific aim in mind and that aim is not domestic success.

Even with that caveat, the likeliest outcome remains PSG lifting the Ligue 1 trophy come May. Yet should Mauricio Pochettino’s side slip up, don’t bet against Nice being the ones to take advantage.