Palmeiras’ unpopular mini-Mourinho is closing in on Libertadores history 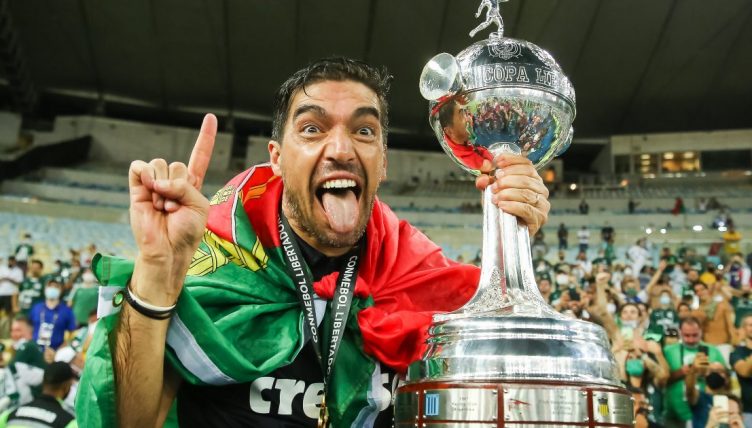 As the referee blew to end the second leg of the Copa Libertadores semi-final between Atletico Mineiro and Palmeiras late on a hot night in September 2021, Palmeiras’ Portuguese manager Abel Ferreira barked like a feral dog into the black Belo Horizonte sky.

Pent up rage poured from within, and, as he took the first stride toward a nearby television camera to make his point, he had to be restrained by two of his assistants.

Ferreira was not angry at his players. They had done what every Palmeirense desired. Dudu, their star player and leader, had finished off a brutal, precise counter-attack with 22 minutes to go, drawing Palmeiras level on the night and sending them into their second Libertadores final in two years on away goals.

Who, then? In the press conference, even before he was asked, he felt the need to clarify.

Looking straight down the camera, wagging his index finger, he said: “I have a neighbour who lives in my apartment block who is a pain. It was directly to my neighbour, for him to keep his mouth shut. In my house, I call the shots, not him.”

Ferreira made a zipping motion across his lips and added the final flourish: “Keep it shut. The ones who work on the training ground are me and my players. I defend my players. They are the best, because they are mine. In victory and defeat. For my neighbour there at home, who gives me stick at the door, shush.”

Brazilian football Twitter sparked into life. Who was this neighbour? Newspaper reporters were sent to find out.

The neighbour was a metaphor. The Portuguese manager’s message was for Palmeiras fans, for commentators, pundits and journalists, for Brazil. For, as he might see it, the haters.

It was remarkable. Both for how thin-skinned he was showing himself to be and for the fact that he felt the need to defend himself at all.

At that point, Ferreira had been Palmeiras manager for a little under a year. In that time, he had won the club’s second-ever Copa Libertadores and its fourth Copa do Brasil.

And yet here he was in a press conference, moments after he’d become the first manager to reach two successive Libertadores finals with a Brazilian club since Luiz Felipe Scolari did so with Palmeiras in 2000, mocking those who had no faith in him. 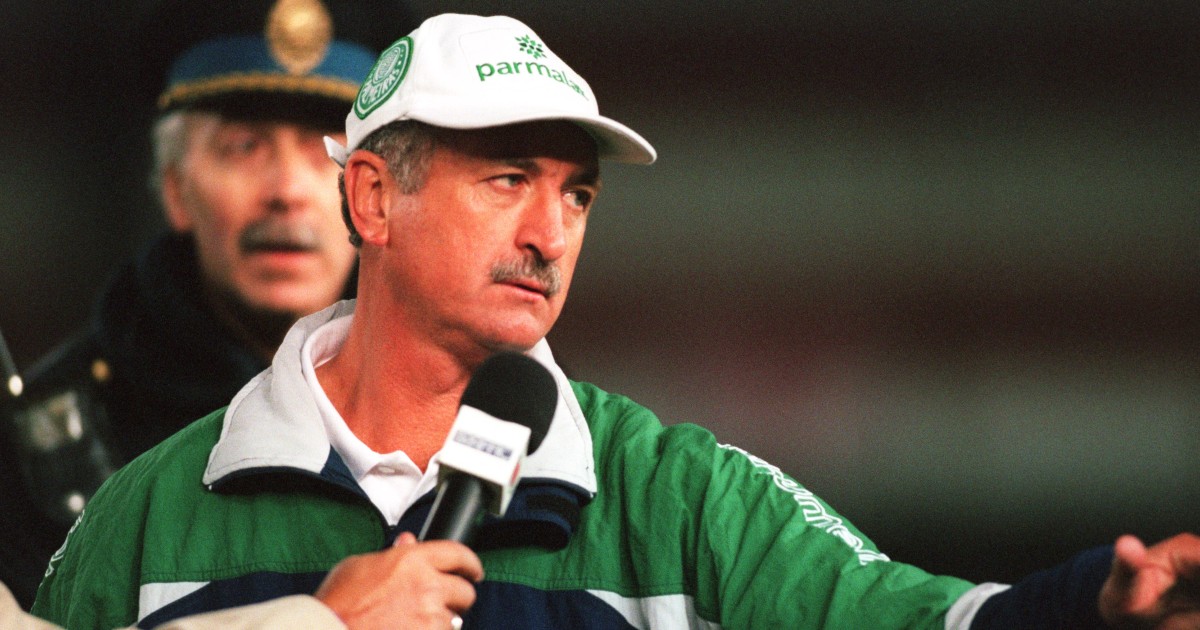 This Saturday, with the Libertadores final against 2019 champions and fellow Brazilian superclub Flamengo, Ferreira could outdo 2002 World Cup winner Scolari, who lost the second of those successive finals. Ferreira could also become the first European coach to win two Libertadores titles, back-to-back or otherwise.

Ostensibly, that is some record. So why did he feel the need to wag that finger, and berate that ‘neighbour’?

Well, for all his success, Ferreira not feeling entirely loved is based on more than a mere figment of his imagination. There has been criticism of him, quite frequent and sometimes rather loud.

Fair or not, the gripes revolve around Ferreira’s personality, what Palmeiras have not won, and his side’s playing style.

Palmeiras are one of the two richest clubs in Brazil, along with Flamengo. Both clubs went through fallow spells around a decade ago, both were in financial trouble. Both, though, put their houses in order through astute financial management, laying the groundwork for their current success.

Flamengo won a Libertadores and league double in 2019, playing thrilling attacking football under Ferreira’s fellow Portuguese Jorge Jesus. Jesus left, but Flamengo retained their league crown in 2020 and still have much the same squad, which was recently bolstered by additions like David Luiz, Kenedy and Andreas Pereira.

Palmeiras, who as well as restructuring have had a serious injection of cash from a wealthy sponsor willing to pay over the market rate in return for political power within the club, have won two league titles, two Copas do Brasil and one Libertadores since 2015.

They have done so with a deep, strong squad – and part of the criticism of Ferreira is that his team does not play the style of football befitting of such resources.

Former Braga and PAOK Thessaloniki boss Ferreira was recruited on the back of Jesus’ swashbuckling success at Flamengo, but the two are fundamentally different.

Ferreira, 25 years Jesus’ junior, has cited Jose Mourinho as the man who “inspires” him. Accordingly, Ferreira’s football is, in general terms, from the school of Portuguese management for whom stifling the opposition takes precedence.

He often plays with five at the back or three more defensive-minded central midfielders, led by the ever-belligerent Felipe Melo, as is expected to be the case on Saturday to combat Flamengo’s superior flair.

Ferreira’s detractor-in-chief is opinionated journalist Mauro Cezar Pereira, who, after that semi-final draw with Atletico, said on UOL’s Posse de Bola podcast: “Does this ‘neighbour’ have reason to complain? Clearly, yes.”

“Recently, the football has been poor, from a manager with a limited repertoire. Basically, he plays in this [one] way, the team bunched up in defence.”

Abel has also been the target of his club’s fans, particularly the hardcore torcida organizada element.

After winning the 2020 Libertadores title in January 2021 – a victory over Santos that came with a header in the ninth minute of second-half injury time after a dire encounter – Palmeiras went on a run of mixed results.

They sealed the 2020 Copa do Brasil title in March 2021 (delayed due to the pandemic), but they lost in the Club World Cup, the Recopa Sudamericana and the Supercopa do Brasil.

While that might seem trivial from a European perspective, it is not in Brazil. The Club World Cup – or Mundial – is the holy grail for Brazilian fans, especially Palmeirenses.

Though they won the 1951 Copa Rio, recognised by FIFA as the first Mundial, Palmeiras’ rivals incessantly poke fun at them for being one of four giants of the state – Corinthians, Sao Paulo and Santos being the others – not to have been world champion since the inauguration of the Intercontinental Cup in 1960.

When they travelled to the UAE for the Mundial after winning the 2020 Libertadores, expectations were high. But Palmeiras lost feebly to Tigres of Mexico in their semi, not even earning the chance to face European champions Bayern Munich.

🗣🇵🇹🟢 "One thing we can’t ever forget is that football is a game… Football is a game, it isn’t math. It’s not 2 + 2 = 4. In football, the one with the most money or best players doesn’t automatically win"

Palmeiras have also been poor in the Sao Paulo state championship and the Brazilian league – they currently sit third, sixteen points off leaders Atletico – and they lost to second-division CRB in the Copa do Brasil.

As far back as May, fans were calling for Ferreira to go, and last week, when the 42-year-old rested players for a derby against Sao Paulo with the Libertadores final in mind, thus missing out on the chance to send their rivals into the relegation zone, the club’s biggest torcida organizada called the decision “a disgrace.”

Finally, Ferreira has displayed what many deem a haughty manner. When under pressure, he has often used press conferences to bite back, criticising Brazil’s packed football calendar (the Libertadores final will be the 105th game Ferreira has sent a team out for in 387 days) and fans, among other things.

In May, legendary Brazilian football writer Juca Kfouri wrote on UOL that Ferreira had “started to reveal a very unpleasant side, that of the colonizer.”

Not everyone is critical, it must be said. Leonardo Miranda, a popular tactical analyst for Globo Esporte, has defended Ferreira from the idea that he is one-dimensional, praising him for coming up with constant tweaks to system and style, and specific strategies to overcome different opponents.

Former Palmeiras and Real Madrid man Roberto Carlos also intervened in October, saying: “Working as a manager in Brazil is very hard… Abel is already a winner at Palmeiras and they keep comparing him to [Jorge] Jesus. I think it’s unfair.”

Yet the Jesus comparison is only natural given both men hail from the same country and both were put in charge of one of Brazil’s leading clubs. With the Libertadores final on Saturday, Ferreira has a chance to make the comparison a little more favourable if he can deliver another South American title.

Whether he does or not, it seems his days are numbered at Palmeiras. He appears tired of constantly needing to prove himself, and Brazilian football fans, despite Ferreira’s undoubted achievements, largely appear tired of his methods and manner.

The only thing left to determine is whether he will be able to return to Portugal a record-breaker.