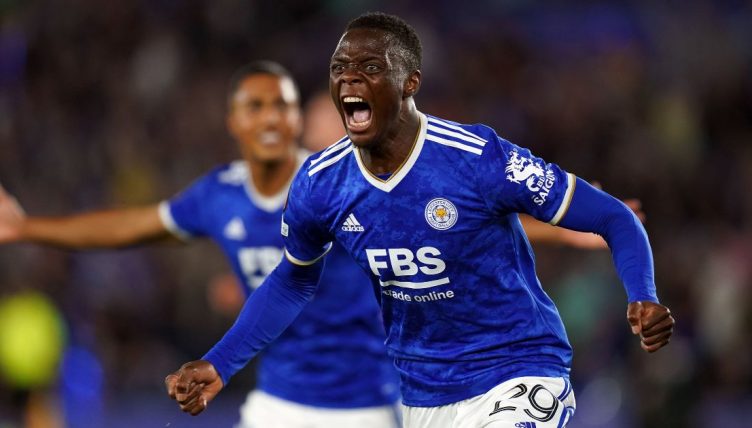 The first came back in April, while Daka was playing for Red Bull Salzburg in an Austrian Bundesliga tie against Sturm Graz. In that fixture, the Zambian scored three in just eight minutes, wrapping up the game before it had really begun.

It was the fastest hat-trick in Austrian Bundesliga history, with the third goal coming in just the 11th minute of the match.

It was stylish too, an elegant flying header sandwiched between two poacher’s finishes.

But while its speed may have been unprecedented, in other ways that very succinct hat-trick was par for the course for Daka: it was, improbably, his sixth in all competitions for Salzburg.

Such fondness for scoring in threes contributed to him being the Austrian league’s top scorer in 2020-21 and runner-up the season prior.

This week, now playing for Leicester in a Europa League away day at Spartak Moscow, Daka needed a longer period of time (nine minutes, a Europa League record) to score his seventh hat-trick since leaving Zambia.

However, these calm finishes, all of which followed impeccably timed runs, were arguably superior to those in April – evidence of a striker going from strength to strength. He even added a fourth for good measure.

Daka’s achievement was of such magnitude it had the President of Zambia throwing bible verses at him on Twitter.

@PatsonDaka20 what shall we say? Romans 8:31 is our dedication to you. #leicesterspartak

Such effusive praise from his home country isn’t a one-off either.

After becoming a full international at just 16, generating enormous hype, then overcoming the skeptics who felt that hype wasn’t being justified quickly enough, Daka has become a national hero.

In January 2021, Daka told the BBC that he hoped to emulate the success of African legends like Pierre-Emerick Aubameyang, Mohamed Salah and Sadio Mane.

“To see our big brothers like [them], it’s something that gives me the dream that I can also make it,” he said. “I can be like them. They are my inspiration.”

And the Zambian was proud to be compared to one of those three in particular.

“I think when people are making those kind of comparisons, it’s great: looking at the status of Sadio Mane, the kind of football he plays and the kind of person that he is.”

There are a few significant parallels between Daka and Mane.

For one, they’ve followed strikingly similar career paths. Mane scored 45 goals in 87 appearances for Red Bull Salzburg in Austria, earning him a move to the Premier League at the age of 22.

Daka also cut his teeth at Salzburg, netting 68 times in 125 games over a four-year spell. And he was also 22 when he signed for Leicester this summer.

What’s more, both players have taken it upon themselves to score stupidly fast hat-tricks.

His 2nd is our favourite – a powerful and precise diving header from a Brenden Aaronson cross.

The RB Salzburg forward now has 23 league goals in 15 starts.pic.twitter.com/KjdP2Kq82b

Mane, in fact, holds the record for the Premier League’s quickest: in May 2015, Southampton thrashed Aston Villa 6-1, with Mane taking less than three minutes to fire three past a 39-year-old Shay Given.

That makes Daka’s eight- and nine-minute feats look almost lazy by comparison, but there’s a kinship there: both players have an explosive energy, and if an ancient Irish goalkeeper or a complacent Russian back three is there for the taking, these players will seize the opportunity. Again and again and again.

“Daka’s character and attitude are similar to [Mane’s],” Gerhard Struber, the former youth team manager at Red Bull Salzburg, told the BBC in July. “Like Mane, he is humble and always works for the team.”

Daka has plenty of time to beat Mane’s three-minute record, too.

No Vardy, no Daka

It’s fitting that Leicester’s tenacious strikers of present and future are both tied, in their own way, to the Red Bull company.

In the mid-2000s, while Daka was a small child growing up in Kafue, Zambia, a teenage Jamie Vardy was playing for Stocksbridge Park Steels on the outskirts of Sheffield and (presumably) cultivating his now-famous addiction to the caffeinated drink.

Vardy has admitted to drinking three cans of Red Bull on a match day. That’s absurd for a professional footballer and human being, but a fair indication of just how popular Red Bull became amongst Vardy’s generation thanks to its just-about-tolerable flavour and silver Mini Coopers laden with a giant novelty can.

In fact, it’s fair to say that Vardy and his peers getting hooked on energy drinks in the late 90s and 2000s contributed to Red Bull becoming the empire it is today — an empire that owns a Formula One team and multiple football clubs.

Daka is truly an offspring of the Vardy party.

The duo might not play together for long – Vardy turns 35 in January – but they already have a good relationship.

“My playing style [is] quite similar to his,” Daka said this week. “It’s a very big privilege for me to be working alongside him. He helps me a lot in training and I keep learning every day.”

Daka doesn’t need wings to stay up to speed in England. But if he can learn a few tricks from his caffeine-guzzling teammate – as well as other players in the league like Sadio Mane – there will be more hat-tricks to come.