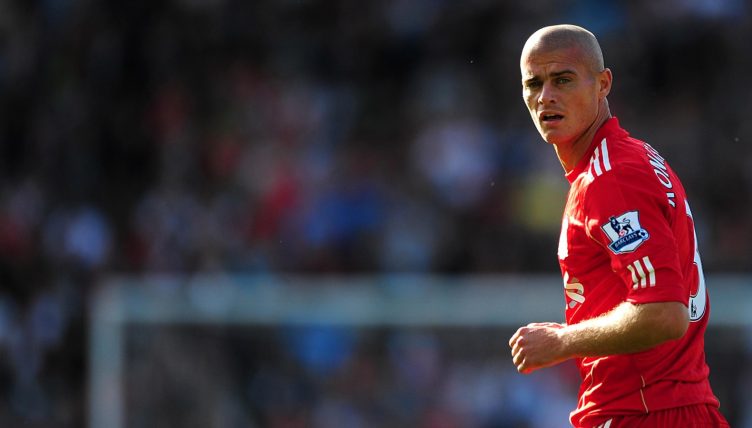 Paul Konchesky still considers it a “privilege” to represent Liverpool but admits he experienced “difficult times” during his short-lived spell at the club.

Having shone for Roy Hodgson’s Fulham side that reached the Europa League final in 2010, Konchesky followed the manager to Merseyside after Hodgson was appointed as Rafa Benitez’s successor.

Despite wanting to leave Craven Cottage for Liverpool in the summer of 2010, the transfer proved the most complicated of the left-back’s career.

“I knew it was happening but it was dragging on and on,” Konchesky told us. “I wasn’t allowed to leave until Fulham got another left-sided player to replace me.

“It was getting closer and closer to the end of the window. In your mind, you want to go because Liverpool have come knocking on the door, but then you’re thinking it’s not going to happen, you’ve got to go back and you’re going to be disappointed.

“It happened on the last day [of the transfer window]. I got told I could go up to Liverpool, do my medical and sign that day. It’s a nerve-wracking time. As a player you just want it done. It seems the more you want it done the more it drags on.” 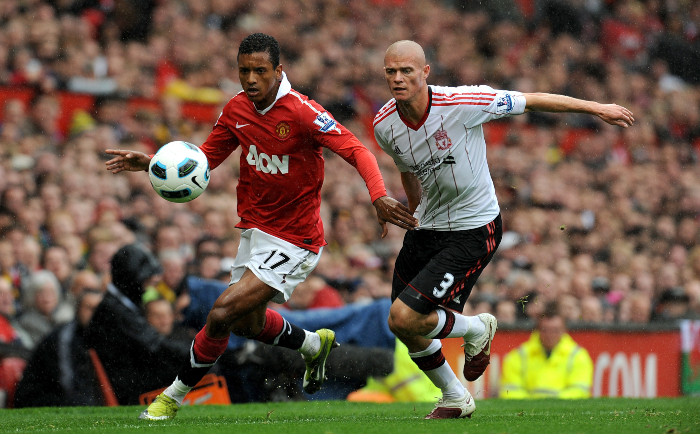 But Konchesky endured a torrid time with the Reds, making just 18 appearances in all competitions before dropping down to the Championship to join Nottingham Forest on loan in the following January.

The former England international admits he struggled with the move north and finding himself under constant public scrutiny as opposed to the potential anonymity a city the size of London can provide.

“When you look at Liverpool’s history as a football club, what they’ve achieved is amazing,” he says. “I loved every club I played for, but when a massive club like Liverpool come calling you can’t turn it down. The opportunity I had to go was fantastic.

“In Liverpool you either support Liverpool or Everton. They love football – you’re either a red or a blue. It’s so small in Liverpool. Being from London you’re not used to how small it is because London is massive so you can support so many different football clubs.

“You walk around in Liverpool and everybody knows you because they all love football. That was the hardest part, moving, because I didn’t realise how small it is and how in control all the football fans are.”

Konchesky’s struggles were exacerbated by the plight of Hodgson, who failed to win over Liverpool supporters and was replaced by Kenny Dalglish in January.

And Konchesky suggests he was made “a little bit” of a scapegoat on the field as one of Hodgson’s signings, subjected to jeers from his own supporters after being substituted in a home defeat to Wolves.

“At the time when Roy went, the club was up for sale so it probably wasn’t a good time to go. Obviously Roy went and took me. Being a London boy I struggled. I can probably speak for Joe Cole as well, I think he struggled being a London boy.

“They were difficult times but it was an experience I’ll never forget. I had the privilege of going to play for Liverpool.”

Having played in the Premier League since 2000, Konchesky’s stock had suddenly dropped so low he found himself having to drop down to the second tier, first on loan at Forest and then with a permanent move to Leicester City.

The Foxes were at that point managed by Sven Goran Eriksson, the man who gave Konchesky his two England caps, and the player showed the mental strength to work his way back for one final season in the Premier League by helping the side win promotion in 2013-14.

“You know what football’s like, it’s fickle,” he says. “It’s your life and career, so you can’t let things affect you for too long otherwise maybe you don’t go on and do what you’ve got to do.

“It was a fresh start for me. I was thankful that Sven took me again, and I went to another fantastic football club. I had some good times there and I loved every minute of it. I was lucky to go to another football club that really wanted to push on.”

This interview was originally published in March 2020.

READ MORE: Raul Meireles and the strangest Player of the Year award in Prem history