Peter Reid: Everton ARE showing lack of fight, but problems go way back 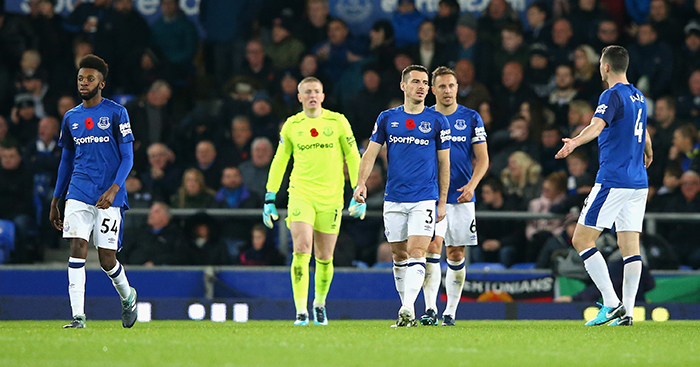 Peter Reid maintains Everton‘s players have shown a lack of fight this season – but the former Toffees midfielder says a lack of foresight at boardroom level is also to blame for the club’s current predicament.

Everton were beaten 4-1 at Southampton on Sunday and are only two points clear of the relegation zone in the Premier League with a third of the season now gone.

They have also exited the Europa League and have lost five out of their seven games since sacking Ronald Koeman and putting David Unsworth in temporary charge. Any bounce the board might have anticipated on the back of that decision has not materialised.

Plenty have put forward reasons for the club’s struggles this season, but Reid believes the attitude of the players has been as much to blame as anything else.

“I created a few headlines when I said the Everton players were showing a lack of fight this season, but I stand by that,” he says.

“I’m not advocating that they should run out in their next game and start clattering into their opponents because I appreciate those days are gone. I’m not a dinosaur saying we need big tackles to show that Everton mean business, but there is a way of going about your job that means you can get stuck in and make life difficult. 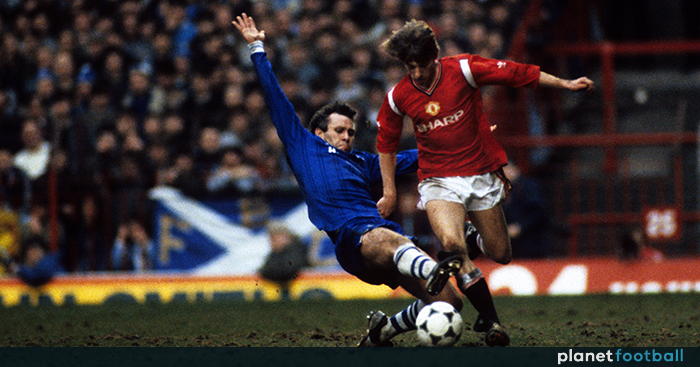 “I still like to see a good tackle. The game is sanitised to a point now where you cannot do that in the way I did when I was playing, but there are ways around it.

“What has not changed is that you need players who are willing to battle for every ball and for every point, and I have not see that from Everton at times this season.

“Roll your sleeves up, close down teams, get into the opposition’s faces. That’s what the fans at Goodison Park want to see and expect to see. What has been delivered by these players at times this season has not been anywhere near that.

“I look at the brilliant Barcelona team from a few years back, with Xavi, Andres Iniesta and the rest all working their magic. They were fantastic on the ball, but they were just as good without the ball. They fought for everything, shut everything down, desperate to get the ball back the minute they lost it. 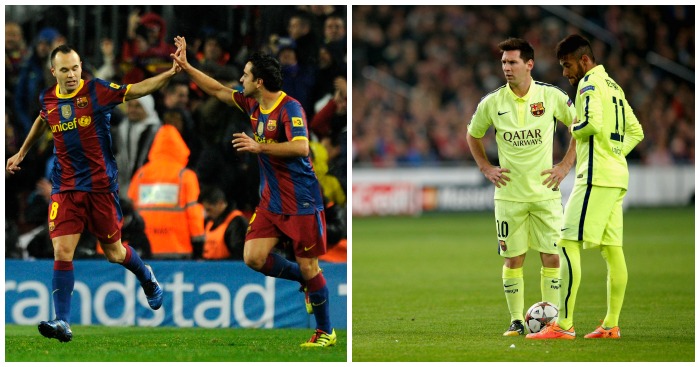 “However good a player you might be, there is no reason why you cannot show complete commitment to the cause. That’s what Evertonians want to see from their team and for all the fact they have some decent players there, we haven’t seen enough of that basic desire to succeed so far this season.

“I don’t mind watching teams getting beat, that happens in sport, but it is the manner of a defeat that matters.”

Everton were tipped to challenge for a place in the top six this season on the back of their summer transfer business, but Reid says there can be no excuses for the club’s failure to line up a new centre-forward to replace Romelu Lukaku, who had long since made clear his desire to leave Goodison Park.

He eventually joined Manchester United on July 10, but Everton still did not manage to buy a traditional No.9 before the end of August, with their pursuit of Olivier Giroud ultimately proving fruitless.

“Big mistakes have been made and not just by Ronald Koeman,” Reid says. “The club knew Romelu Lukaku was going as early as last January, but a replacement wasn’t signed and they are paying for it now.

“They had to get a striker in and it is bad planning and bad management that leaves them where they are now. That was not just Koeman’s fault as I’m sure he knew he needed a striker, but he did not arrive and the impact is there for all to see now.

“There were strikers out there to buy, but Everton didn’t get the deal over the line and Koeman paid a price for that.

“Allied to that, they are playing with a lack of confidence and belief and the combination has led to a terrible start to the season.”

Despite taking only four points from four Premier League games under Unsworth, Everton have actually climbed two places in the table under his stewardship and are still only four points off the top half.

Sam Allardyce is reportedly back under consideration for the job with Marco Silva now seemingly out of the running, and Reid would be happy to see a British manager back in charge at Goodison.

“They need to be decisive, get a manager in and start to turn things around because you feel the atmosphere at Goodison Park of late and it hasn’t been good,” Reid says.

“That needs to be changed quickly, but Everton still have time to turn things around as we are still relatively early in the season. 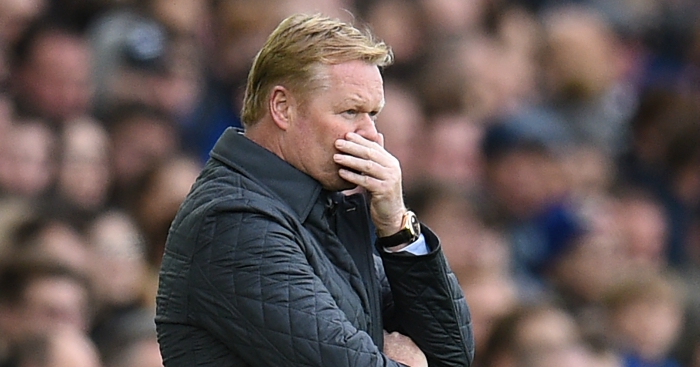 READ: How Ronald Koeman’s Everton record compares to their other PL managers

“No disrespect to the foreign managers who tend to get all the big jobs when they come up, but what is wrong with our own managers these days? The job Eddie Howe has done at Bournemouth and Sean Dyche has done at Burnley have been absolutely magnificent.

“Steve Bruce and Sam Allardyce have also done great jobs at clubs, but they don’t get a look in for the big jobs. You could say the same about Michael O’Neill and Martin O’Neill with the two Ireland jobs. They have produced miracles with limited playing resources and deserve more respect than they get for those efforts.

“What we see now in the Premier League is we have so many foreign owners and they don’t tend to look at the British managers when they make their choices. They want a famous name and often a foreign name, but that isn’t always the best option.”

Whoever Everton do end up appointing, Reid, who has recently released his autobiography, Cheer up Peter Reid, refutes suggestions it’s an impossible job to get Everton back competing at the top end of the table. 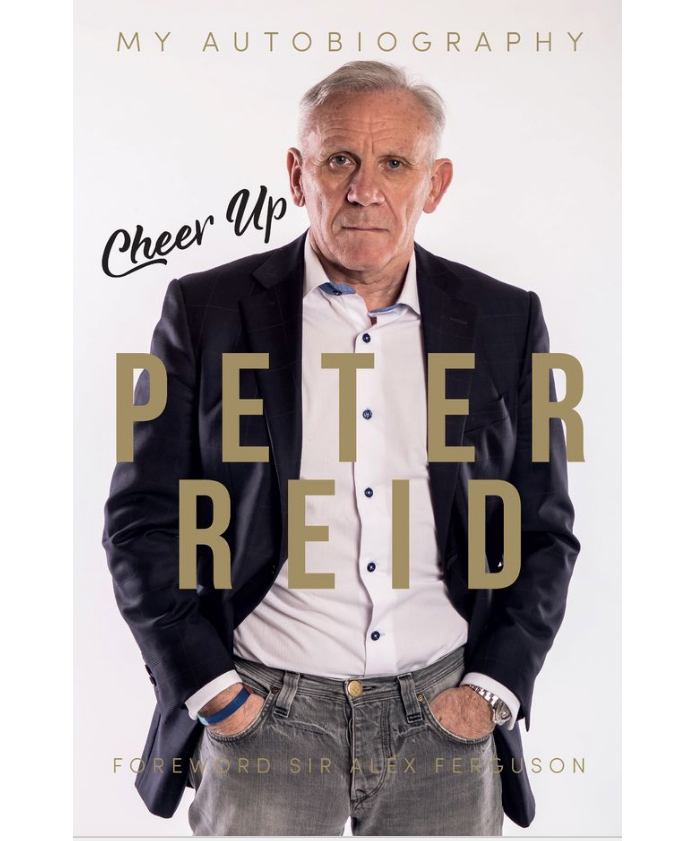 The Toffees finished eight points off sixth and a massive fourteen points off fifth place last season, but Reid believes supporters are entitled to demand more than the club has delivered in recent seasons.

“Don’t give me this nonsense that (my) expectations are too high because I expect an Everton side to go to Old Trafford and give Manchester United a game. They rolled over too easily and that wasn’t good enough for me.

“There have been other games as well where they have come up short, and the only way to solve it is hard work on the training ground and then converting that onto the pitch when it matters.

“Everton are a massive football club and just because they haven’t won trophies for a few years now, that fact does not change.

“We should believe that with the money now in the Premier League and with the club’s owner, Everton can get into mix at the top of the table.”

Can you name every player to wear No.10 for Everton in the Premier League?