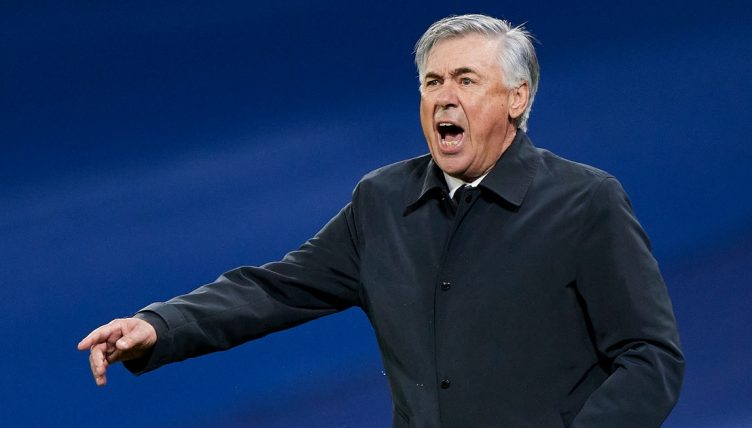 When Vinicius Junior fired home Real Madrid’s third goal of the game against Granada, he clinched his 17th goal contribution in 17 games. It is an emphatic return that embodies his and this Real team’s growing confidence.

Carlo Ancelotti watched on, his composed stare analysing the match as unemotionally as possible. Here was European football’s last great elder statesman, pondering the decisions he would have to make next.

Very quietly, Ancelotti has begun revitalising Madrid. By rehabilitating the veteran footballing giants that still stalk the halls at the Santiago Bernabeu and developing the young players that have promised so much for so long, he is creating a thoroughly dangerous side that should have Spain and Europe beginning to take them seriously once again.

Ancelotti’s return and an irresistible puzzle

When Ancelotti returned, Real were not in a good place.

The side had just gone a season trophyless, unthinkable for a club that considers itself the veritable monarchy of world football.

La Liga had stayed in Madrid but had crossed the City to arch-rivals Atletico. They may well have reached a Champions League semi-final but whilst some may see that as an achievement, Real’s defeat to Chelsea led to questions about whether the squad was worthy enough of playing for Los Blancos.

After so many wasted opportunities, Chelsea FINALLY have their second goal of the night!

They're so close to Istanbul now! 🙏 pic.twitter.com/U6skxXPCMv

There was not even a Copa del Rey by way of consolation, nor even a solitary Supercopa where Athletic Club beat them in the semi-finals before claiming a rare trophy.

In the summer, it was all about the outs rather than the ins. Zinedine Zidane left again, Sergio Ramos (Mr Real Madrid himself) opted not to renew his deal while Raphael Varane decided he wanted a new challenge and headed off to Old Trafford.

There were question marks about the squad, which seemed ageing and lacklustre. The signings brought in the years before to replace the old Galacticos were failing; Eden Hazard an injury-prone flop, Luka Jovic unable to perform, Eder Militao not living up to potential.

Then there were youth players struggling to perform consistently and breakthrough, like Vinicius Junior, Rodrygo and Fede Valverde.

In to that mess stepped Carlo Ancelotti, fresh from his Merseyside holiday. It was an opportunity he could not turn down despite his plans for Everton. At 62, this is potentially his last chance to manage at one of the true giants of European football which have characterised his managerial career.

But there was also the thrill of the challenge; flicking through the puzzle page in his newspaper, he was leisurely solving the Everton sodoku when in came Real with a cryptic crossword that made him set the paper down on the table, lean forward in his chair and start biting his pen.

There was to be no instant fix, but Ancelotti knew this. The home loss to Sheriff Tiraspol in the Champions League, a 3-3 draw with Levante in the second game of the La Liga season and a limp performance in a defeat to Espanyol showed that all the old problems were not going away overnight.

But methodically, as is his way, Ancelotti has begun finding the answers one by one, unravelling the mess at the Bernabeu.

His secret? A unique blending of old and new.

The best of both worlds

Ancelotti’s solution for Real is embodied by the blooming partnership between Karim Benzema and Vinicius Junior.

In Benzema, he has a veteran goal scorer who carried Real last season and who has had the opportunity to shine as the club’s main star in the absence of Cristiano Ronaldo and the M.I.A. Hazard.

Alongside him is Vinicius Junior, the Brazillian flair who is finally looking at home for Real and showing why the club paid €45million for him in 2017, a year before he could even join the club due to age restrictions.

The two have formed a clinical, creative partnership: of Real’s 39 goals this season, the two have been involved in 29 between them.

Overseen by Professor Ancelotti, Benzema is Vinicius’ peer mentor, teaching him the ways of being Real’s card-carrying cool kid. The two have become the heartbeat of a Real side beginning to find its feet, now seven unbeaten and a point clear of Real Sociedad at the top of La Liga with a game in hand. 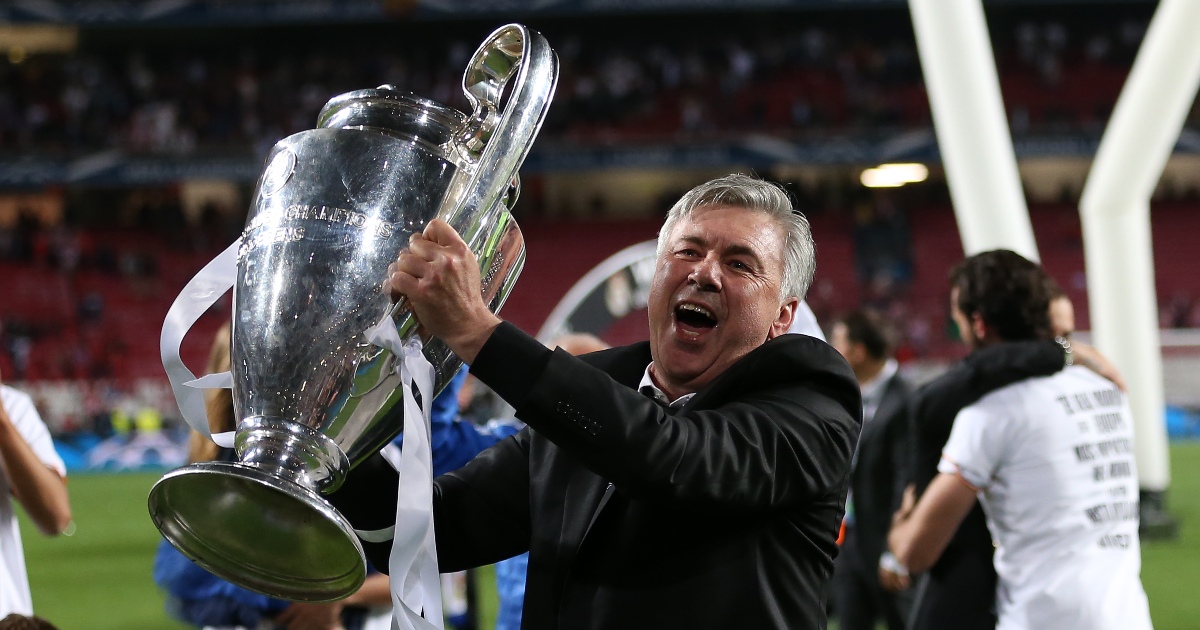 Known for getting the best out of ageing players, Ancelotti is finding ways to combine that with developing youth and it is proving remarkably effective for Real.

Benzema and Vinicius’ young and old, buddy cop style of partnership is replicated throughout the team and has become Ancelotti’s modus operandi at Real. Militao and David Alaba are beginning to form a half-decent defensive pairing, while Eduardo Camavinga and Valverde begin to blend into the truly elite yet veteran midfield of Toni Kroos, Luka Modric and Casemiro.

This is not to say they are perfect. They will not win the Champions League (but of course writing that means they probably will now) but La Liga feels like it will be theirs to lose.

Last season it was Atletico who burst through the glass ceiling to claim the prize with Real and Barca uninspiring, but Real have held their nerve in the early stages of the season while Atletico became addicted to draws and Barcelona… well the less said there the better.

Every game is a new challenge. Today the team demonstrated its individual quality and collective spirit. #HalaMadrid pic.twitter.com/pmx3YmXsiU

Of course, it would be nice to see Sociedad or Sevilla mount a genuine challenge, but the past two decades of Spanish football have taught us that such outside bets often end up falling disappointingly short.

But Ancelotti will not be focused on just the short term and when you consider the possible future of this Real team it is clear the Italian is playing the long game.

Mbappe will probably end up at Real, football’s cartoon-super villain Florentino Perez finally getting the crown jewel Galactico he has long craved to replace Ronaldo. Manchester United’s Paul Pogba is also a possibility as another free signing.

With another couple of players, the way in which Ancelotti is going about extending the careers of the veterans and the development of Real’s youth, the Italian is putting into practice his answer for Real’s great puzzle.

The future; one last hurrah?

It’s unclear whether Ancelotti is at Real in more of a caretaker, transitionary role or whether he is there to bring success himself.

As with most things, the answer probably lies somewhere in between with his managerial objectives probably being to re-establish domestic dominance and lay the foundations for future European glory.

A beautiful move from one end to the other finishes in a simple tap in for Vinicius Jr ⚪ pic.twitter.com/XnSE007mLv

His contract runs until 2024 and with his age taken into account, that would probably be the extent of his stay in Madrid in what could be his final job. But with three Champions Leagues to his name, one cannot help but wonder if he is plotting one final push for the Big Ears to end his career on a high and cement his position as one of the greatest managers of the 21st century.

The one certain thing is that he will do things his way: methodically, purposefully and carefully, Professor Ancelotti is setting about creating one last footballing masterpiece.