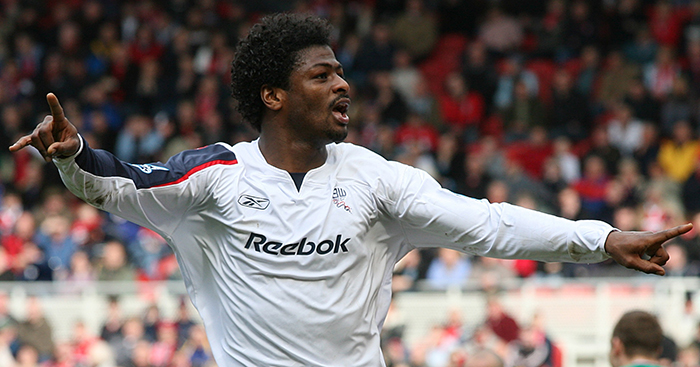 Radhi Jaidi always relished a challenge during his playing days – whether that be with Bolton Wanderers, Birmingham City or Southampton – and he still does now he’s a coach.

The challenges are different compared to his time as a physically imposing centre-back in the Premier League, but he remains as determined as ever to prove himself at the top of his profession.

“I was born in Tunisia, and the conditions and the environment were difficult for a young kid to try to achieve his dream. I was committed and showed a desire to succeed, which I did,” Jaidi says.

“I made it to England, which is a great achievement for myself and for my country. I don’t know how to explain it, but I think I made the dream come true.

“I was the first Tunisian to play in the Premier League and in the first two years I was scoring goals and part of one of the best defences.

“I was one of the players who won the Africa Cup of Nations for Tunisia in 2004. That was one of my proudest achievements and I can’t really forget that day. It was amazing for us. But my dream is still ongoing. I want to be the first African to manage in the Premier League.” 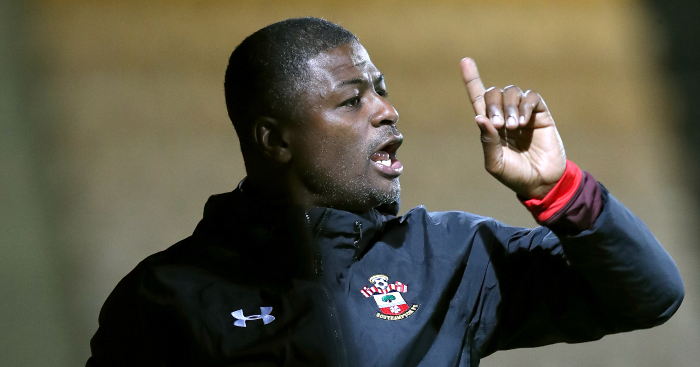 Having served his apprenticeship as manager of Southampton Under-23s, Jaidi is currently in charge Hartford Athletic on a 12-month secondment.

Hartford, who compete in the USL Championship, the level below MLS, have a partnership with Southampton and presented the 44-year-old with the opportunity to move back into men’s football and build on his experience at youth level. He led the Saints’ development squad to promotion last season, while Yan Valery and Michael Obafemi stepped up to the first team.

“Southampton have a great reputation for developing young players, and to be part of that process as a coach is huge,” Jaidi says.

“That gave me the ability, experience and expertise to learn how to do it. The key is that Southampton never worry about giving players opportunities. When they’re ready, they give them the opportunity, which is great.”

Jaidi’s own chance came at Esperance Sportive de Tunis, one of the biggest clubs in Tunisia. During the course of more than a decade there, he was a dominant figure as they won the CAF Champions League and a record seven consecutive league titles. As the captain, Jaidi was influential in driving Esperance on to unprecedented success.

“My highlight was learning how to win. The club and the fans were demanding on a daily basis. The competition between the local clubs was tough and really ruthless. We weren’t allowed to make mistakes. The biggest thing I learned was to work hard and have a winning mentality.”

After conquering Tunisia, the time came to seek a fresh challenge. There had been discussions with Bastia and Bayer Leverkusen earlier in his career, but Jaidi stayed until 2004 when his contract expired. He even turned down a lucrative offer to play in Qatar because he wanted to test himself at the highest level.

Sam Allardyce and Bolton presented him with the opportunity.

“It was a big step for me, coming from Tunisia,” he says. “Although I was playing in a big team, and I was a Tunisian international with good experience at 27, the difference was recognising the meaning of elite and high-level professionals.

“The guys at the head of the club invested a lot to make sure we got the support we needed to perform.

“Sam Allardyce was open-minded and flexible in some aspects. Not on the pitch, but everything outside of it he provided for us to perform. In 2004 he used Prozone and all the recovery tools to make sure the players were well-rested and looked after. Back then a lot of clubs didn’t do that. It was huge for us.”

Jaidi joined an already eclectic mix of players from across the world that were forged into an impressive unit. Allardyce found the perfect blend of sturdy professionals and talented technicians, as players like Kevin Davies and Jay-Jay Okocha combined to great effect.

“We had 15 different nationalities and a lot of time and money was spent to bring everyone together,” Jaidi says. “It was good and I think it was the key to our success. I discovered different mentalities and mindsets. That helped me to integrate and learn about the club’s culture and ultimately make my transition smoother.

“The style of play was quite different. We were using our strengths, which were Kevin Davies up front with Stelios Giannakopoulos, El-Hadji Diouf, Kevin Nolan, Gary Speed and Jay-Jay Okocha behind.

“Obviously we were pretty direct at times, but direct with a purpose. That was effective because we managed to impose ourselves in the league and we won a lot of games against the bigger clubs.”

By this point, in their fourth season back in the Premier League, Bolton had become accustomed to upsetting the established order and did so again at Highbury in one of Jaidi’s first matches. He even climbed highest to score a thumping header from an Okocha corner.

“It finished 2-2, which was a positive result for Bolton Wanderers against Arsenal, with their superstars like Thierry Henry and Patrick Vieira. I scored the first equaliser and that put me on the map in English football.”

The towering defender was a constant threat from set-pieces and made a habit of scoring important goals. Birmingham City, Tottenham Hotspur, Chelsea and Everton were also powerless to stop him as Bolton finished sixth, qualifying for European competition for the first time in their history.

Jaidi had some fierce battles with some of the world’s leading strikers but picks out two above the rest, despite their contrasting styles.

“I played against the best of that generation and I think Didier Drogba was one of them. He was physically strong, technically good and had great movement.

“He also had a lot of good players around him in the midfield and wide areas who could provide him with good balls. He was one of the toughest I played against, whether in England or against the Ivory Coast.

“Thierry Henry was clever and quick. He came from wide to inside, or inside to wide. Again, it’s not just him, but the players around him who can provide the passes.

“I’ve played against a lot of players, but Drogba and Henry were the two who you really had to prepare for during the week to make sure you had a good performance against them.” 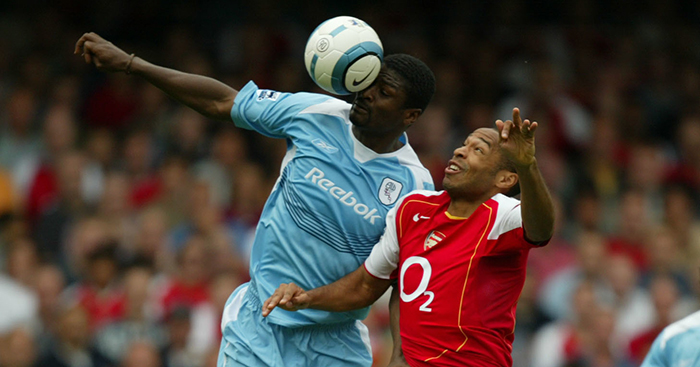 By 2006, following another top-half finish, discussions about a new contract had reached an impasse and a £2million deal was agreed with Birmingham. Steve Bruce wanted to take the club back to the Premier League at the first attempt with Jaidi as one of the senior figures in a more youthful and vibrant side.

“That year we built up a really balanced team with a mix of young and experienced players. We had Fabrice Muamba, Nicklas Bendtner and Sebastian Larsson. We had some young talent who helped with their energy and their will to make things happen, and we had some experience including myself, Maik Taylor and Damien Johnson.

“The Championship was always a hard league and a long season so it was a big achievement to keep the consistency and keep fighting every game.

“Obviously it was disappointing to get relegated, but we came back the next year with Alex McLeish. He came with a different mentality. He was an open guy and listened to everyone.”

When his time at Blues came to an end, Jaidi joined Southampton – the club where he would spend the next 10 years in various capacities. Recently relegated to League One and docked 10 points for going into administration, an ambitious rebuilding project was being launched by new owner Markus Liebherr when he arrived.

“The reality at Southampton was different to the opportunity because the Liebherr family had just taken over and they were starting a new era.

“The objective was to get the club back to where it belongs. My first ever game in the Premier League was against Southampton at St Mary’s and I was surprised at how the club had got in this condition in just a few years. There was a bit of an emotional aspect to my decision.

“I took the opportunity with closed eyes, as we say in my country, and I hoped to help the club get back to the Premier League with my experience, my knowledge and everything. Sitting back now, and looking at the memories and achievements, I think I succeeded in that respect.” 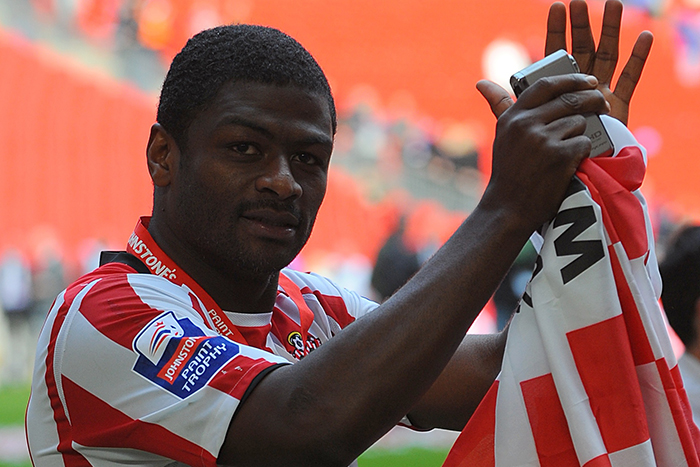 Jaidi helped Southampton win the Johnstone’s Paint Trophy in his first season and then claim successive promotions under Nigel Adkins, who encouraged him to embark on a coaching career. A strong bond was formed with the club on their breathtaking journey back to the top.

“Southampton is my second family,” says Jaidi. “I always felt comfortable to step in the club – anytime, anywhere, everywhere. The club makes every player who was involved in the back-to-back promotions feel like that. They make you feel part of it.

“I feel proud, honoured and humbled to be part of Southampton’s history.”

This article was originally published in January 2020.