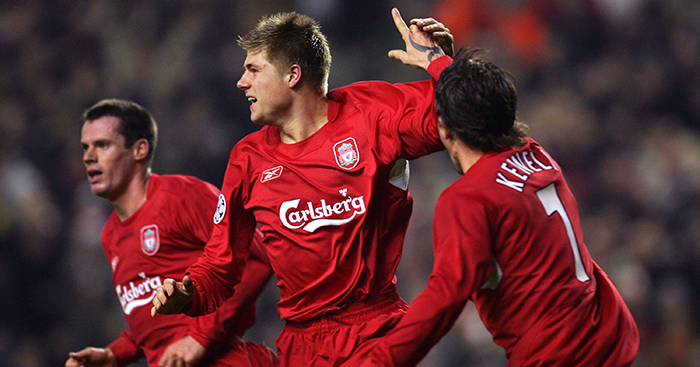 Neil Mellor wrote himself into Liverpool folklore in 2004-05, but his first memorable moment might have come on his very first game for the club a couple of seasons earlier had it not been for a certain El Hadji Diouf.

Mellor broke records on his way through the Liverpool ranks but did not make his debut until a month after his 20th birthday in December 2002 when Gerard Houllier started him in a League Cup tie against Ipswich Town at Anfield.

And Mellor thought a memorable evening was about to get even better when, seven minutes into the second half, he won a penalty in front of the Kop end. Sadly for the young striker, Diouf had other ideas.

“I think [my debut] was long overdue if I’m being honest,” Mellor says. “I’d done really well breaking through the reserves and the academy and I felt ready to have a little taster of first-team action.

“In the dressing room before Houllier said ‘who wants to take penalties’ and me being eager said ‘I’ll take them’ even though I’ve never had a good record taking them.

“I had a poor first half, we were losing 1-0 and Houllier had every right to drag me off at half-time, but he kept me on, and at the start of the second half I won a penalty at the Kop end. 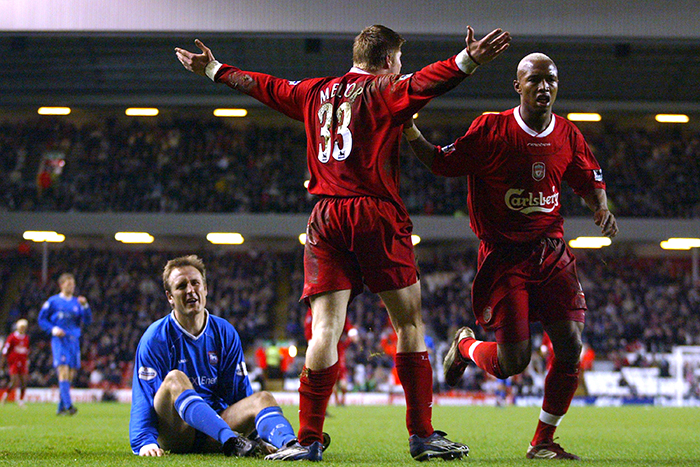 “As I’m on the floor wanting to retrieve the ball, El Hadji Diouf had grabbed it. He was the second-highest buy for Liverpool and he was struggling to justify his price tag; I think he’d got one, maybe two goals leading up to this game. And this is December.

“So he’s grabbed the ball, stood on the penalty spot, and I’m saying ‘give me the ball’, but I look like a right mouthy kid at the Kop, 1-0 down against Ipswich, telling the senior player to give me the ball.

“He’s pretending he doesn’t understand what I’m saying so I look at the captain, Stevie G, on the edge of the box, ‘Stevie, tell him’ and he’s just like, ‘ah, let him take it’. I was devastated.”

Mellor missed a chance to put Liverpool ahead shortly after when he hit the post, but he played and scored in the first leg of the semi-final of the same competition the next month only to be left out of Houllier’s squad for the final.

Indeed, Mellor says he “never really felt wanted” by the Frenchman, but that all changed when he was replaced by Rafa Benitez ahead of what turned out to be a hugely memorable 2004-05 campaign.

And Mellor cannot speak highly enough of the impact Benitez had on the club.

“Things were changing in England at that time, there was a lot more continental managers and players coming over,” Mellor says on the latest episode of The Broken Metatarsal.

“When I first went down to Melwood, after training we’d go to the canteen and there’d be cans of coke, chocolate bars…that all changed under Houllier and even more so under Rafa Benitez.

“For pre-match we’d have toast and we weren’t even allowed butter on it. That was the extent it had changed. 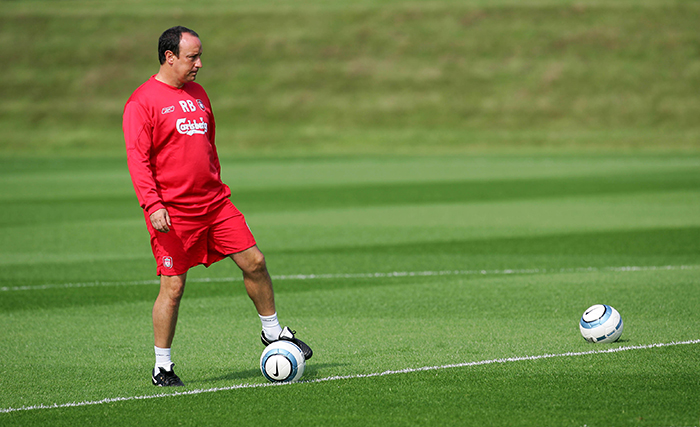 “Rafa was brilliant and tactically he did things we’d never experienced before. Houllier was only ever out on the training pitch on the Friday before a game, but Rafa was out there in his shorts every single day.

“He would go through where we needed to be, in and out of possession, for every warm-up so it became ingrained, a habit, we knew exactly what was expected.

“I think that went to be shown with how good our defensive record was. It was because of the hard work he did on the training ground.”

Benitez may have been hands-on when it came to training, but unlike the Reds’ current manager, he was quite literally hands-off when it came to his relationship with the players.

“If you look at Jurgen Klopp where players are getting hugs all the time, you would not get a hug off Rafael Benitez,” Mellor says. “Absolutely no chance. That wasn’t his style.

“It didn’t mean he didn’t care, he just did it in a different way. I remember the goal I scored against Arsenal, which was a significant, match-winning one, I got from him in the changing room was a little thumbs up.

“There was no big hug, there was no well done, just a tiny little thumbs up.

“He was ruthless, but he was that way for a reason. He had a relationship where you knew he was the boss and the lads respected that.”

Getting his message across

And that calm, almost emotionless way of dealing with the players certainly paid off in times of need, most notably on the way to winning the Champions League in 2005.

“Rafa would always be really calm with the delivery of his thoughts,” Mellor says.

“Olympiakos springs to mind because that was a big team talk. We’re 1-0 down and need to score three and he was very calm, there was no panic in his voice.

“He just said ‘this is what we need to do, we need to get the ball to do this, between the lines, and this is how we break them down.

“I wasn’t in the dressing room in Istanbul, but he’d made a change then had to change his mind because Steve Finnan wasn’t fit to carry on.

“He’d said to Traore, ‘you’re coming off’. He’s in the shower and before he’s finishing shampooing himself he’s back on the pitch because Finnan wasn’t right to carry on.”

Mellor was speaking on the latest episode of The Broken Metatarsal, a Planet Football podcast celebrating the best of 2000s football, as we remembered Liverpool’s wonderful six years under Rafa Benitez.

You can listen below and subscribe in all the usual places on Apple Podcasts, Spotify, CastBox, Deezer and RadioPublic.