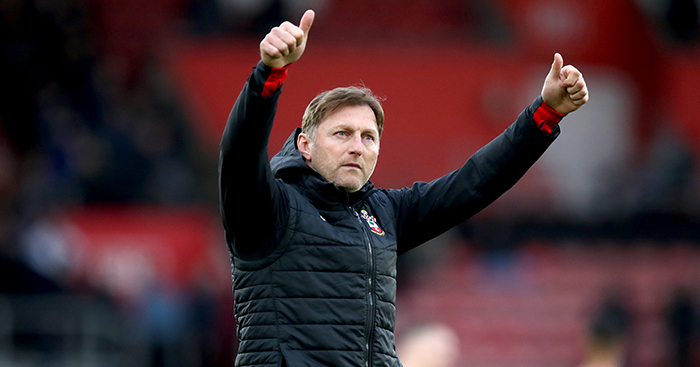 A week ago, Sam Allardyce was caught in a familiar position on talkSPORT, defending his time in charge at Everton and applying some window dressing to that dour reign.

“That was not supposed to be a saving job, this was supposed to be taking the club forward, creating a team to break into the top four, and I never got that chance and it still rankles me because I couldn’t have done any better.

“They moaned about that football, but that wasn’t my team – I inherited that side and I made it better to finish eighth. Where did they finish last year, after spending another £100million? Eighth!”

Allardyce was right, it wasn’t his team and they weren’t his players. Still, they adapted quickly enough to his imperatives, retreating faithfully behind the ball and becoming anaemic in possession.

His general point was that coaches cannot be expected to shape teams in any meaningful way over such a short period of time, but – increasingly – that’s an assumption being exposed as a fallacy. Most recently last season, by the work of Ralph Hasenhuttl at Southampton.

It’s worth remembering just how grave the club’s situation was when Hasenhuttl arrived. Level on points with Fulham and one behind Huddersfield, they were as hopeless as their position suggested.

The assumption was always that they had the talent to escape relegation and that they were a mid-table club waiting to coast back to safety, but that forgets just how close to relegation they had come the year before and how deep the dysfunction had become at St Mary’s. 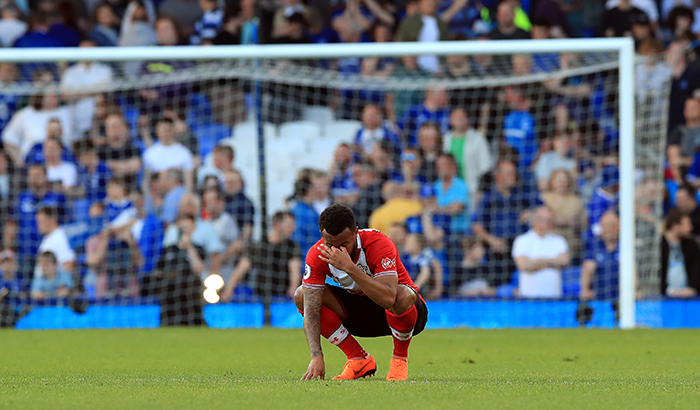 Off the pitch, smart thinking had become muddled. On it, industry and tactical resilience had been lost within an excuse culture perpetuated by managerial turnover and – latterly – press-conference misdirection.

For Mark Hughes especially, there was always a referee to blame or bad luck to curse, and that became a staple of his post-game interviews.

In retrospect, Hasenhuttl’s greatest achievement was to sanitise that environment. He’s an intense person, pleasant enough, but with a hard edge. That much was clear at the end of his first game, when his new side had lost by a single goal at Cardiff. It was an ugly match decided by a terrible mistake from Jannick Vestergaard, but that wasn’t the post-game focus.

In the same situation, Hughes would likely have given a more open-palmed response, but Hasenhuttl was brutal in his assessment.

“It is very hard to accept that we didn’t get a point, but with these mistakes we don’t deserve it. We had a lot of pressure and we were good with the ball, but we played too much from deep and inside instead of penetrating them.

“We need more forward runs in the coming months and less mistakes in the defence.”

It was a slightly uncomfortable press-room. In that situation, the media are used to soft platitudes about how disappointed a player is at his mistake, how reliable he usually is and how quickly he’ll return to form. Instead, Hasenhuttl was dispassionate and clinical.

Asked whether he’d spoken to Vestergaard in the dressing room, perhaps to offer a pat on the back and a better-luck-next-time, he was terse and almost dismissive.

It’s easy to read too much into that. In fact, given the paucity of authentic access in modern football, it’s incredibly difficult not to. Nevertheless, paired with Southampton’s performance in the New Year, it’s tempting to see the Southampton side which emerged as, in part, a manifestation of that harsher attitude.

Also a mention for Jannik Vestergaard. That mistake at Cardiff could be the making of him at #SaintsFC. Really does feel like he’s turned a corner and is performing like the defender the club thought they were signing. Credit to Hasenhuttl for sticking with him.

And that’s certainly the way to characterise their improvement. Allardyce’s ‘not my team’ comments are relevant because they imply that the transfer market is always needed to change a side’s personality. Essentially, that improvement and stylistic change are commodities which have to be bought.

Hasenhuttl defeated that. Southampton improved in many different areas once he arrived, but it was revealing that behind those enhancements – the greater urgency in attack, the more resolute defending – lay the growth of individual players who, prior to his appointment, couldn’t have been depended upon for the same contribution.

Nathan Redmond and James Ward-Prowse were both cases in point. They each represented misused talent, proving themselves capable in the Premier League, but operating nowhere close to their full potential.

Redmond, because he had typically been positioned wide by Hasenhuttl’s predecessors and kept away from the areas in which he could do the most damage. And Ward-Prowse because, despite his craft and technical virtues, he had been allowed to become a very passive player, and one who ultimately didn’t warrant a starting place.

It’s quite a tenuous point to make, but those improvements can feasibly be attributed to accountability. There are other factors involved, including positional suitability, better conditioning and rising confidence, but the appetite to become integral to the side will have come from each recognising his potential effect and being motivated towards it.

That’s not as simple as urging a player to run further or try harder. It’s more focused than that and a much rarer coaching skill than assumed. It demands communication and charisma and, if not handled correctly, it often leads to a public sulk and a departure.

It also requires a receptive player – see Austin, Charlie – but the real emphasis is on the coach and the ability to impart his message in a particular way. 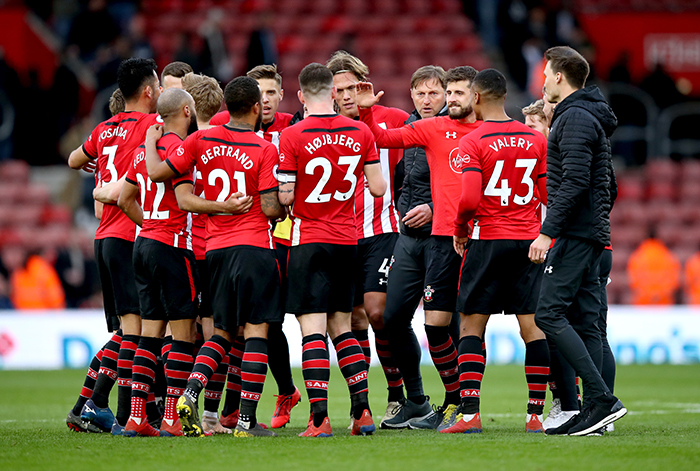 Hasenhuttl has shown that capability and, once it’s inside, that’s a powerful elixir to have within a football club. It’s also one which Southampton have been starved of. Their decline has been partly caused by neglecting several key positions, most notably in forward areas, but also by their failure to properly realise the potential of their assets.

Alongside the negative, snail-paced football, that’s been another emblem of these recent seasons: the number of players who have bounced in and out of the club, leaving without having made any sort of impression. The wastage.

At times, quality of recruitment has been responsible for that. On other occasions, though, it was a failure to harness latent ability. It’s easy, for instance, to describe Guido Carrillo and Sofiane Boufal as flawed and imperfect footballers, but part of the responsibility for that perception lies with the coaching staff that they worked under.

When a player enters a club, he’s little more than a batch of attributes. How those skills are then applied and how the player is communicated with and instructed is a challenge further.

Within that context, Boufal is a particularly interesting case. Perhaps he could never have succeeded in English football under any circumstances. Maybe his ego and attitude would have been obstructive to any coach trying to reach him.

Alternatively, maybe it was more of an equal failing. Talent can often be accompanied by a complicated personality, and any successful transfer is predicated on penetrating those layers.

It’s too late for those players, Southampton have already moved on. But what makes this next step so interesting is not Hasenhuttl’s formation or tactics or counter-attack, but the way he engages with his players and directs them towards the light.

Creating that fertile culture comes before anything else – transfers, team selection, anything – and now that Southampton have re-endowed themselves with it, really for the first time since Ronald Koeman left, there’s reason to believe that they might now do something other than drift.