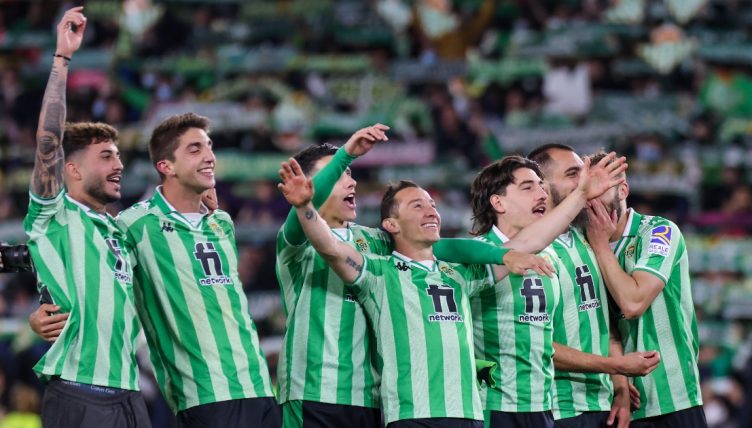 “The human foot is a masterpiece of engineering and a work of art.”

Da Vinci’s line on this particular anatomical structure is perhaps not his most famous set of words.

But the line, written in one of his famous notebooks, is accompanied by seven sketches of the inner bone structure of the human foot, all perfectly arranged, drawn with the photographic precision one would rightly expect of the Italian.

It is true what he says: the human foot is an intricate miracle of anatomical design and a perfect example of millennia of evolution by natural selection.

With 26 bones and 100 muscles, the knowledge needed to understand what goes on below the skin is profound and complex, each part working in sync to perfection to provide movement, stability, balance and strength.

And if Da Vinci called the foot “a masterpiece of engineering”, Real Betis manager Manuel Pellegrini has every right to be known as The Engineer.

Pellegrini knows more than most about maximising the potential of the joint-most fundamental part of the game of football and his Betis team are a perfect example of his expertise.

This season, Betis are Copa del Rey finalists, Champions League contenders in La Liga and are digging their way ever deeper in the Europa League as the spring sun creeps out and the number of weeks remaining in the season tumbles down.

“We are soldiers today,” said 40-year-old Betis winger Joaquin, standing in the middle of a circle of Betis players in the dressing room.

If the walls could tremble Joaquin lifted his finger and pointed it at each of the men around him they would have done.

“Look at each other in the eyes. We are here because of ourselves. I don’t know if I’m talking to you all as a team-mate, friend or captain but I am going to do it as a Betico. I know what a lot of [the fans] out there feel like here today.”

He was talking about the Betis fans, all 60,000 of them, because he knew exactly what it was like to be out there, looking down from the precarious angled stand onto the pitch. With the ball in his hands, he held the focus of the entire squad, of the entire season.

“My uncle told me”, Joaquin continued, the hypnotism of the squad reaching a climax, “he instilled in me that there is nothing better in life than making people happy.

“These people and this club have suffered for a long time and we are going to go out there and show them that we want to be in that final. One, two, three: WIN, WIN AND WIN!”

Incredible sights and sounds in Seville! 😍

The fans of the Benito Villamarin serenade the Real Betis players to celebrate their qualification for the Copa del Rey final 🌴 pic.twitter.com/4yF7rEx1ml

The celebrations, the biggest moment of the season so far, were anything but subdued. The players lined up in front of the fans singing acapella to their faces, some joining in, some speechless and some with tears in their eyes.

Pellegrini, the mastermind of the recent success, stood at a distance with apparent calmness, a conscious decision he made when he chose to become a coach.

“At first,” he once said, “I made decisions based on emotion, when you have to take them calmly. When I made the transition from player to coach I evaluated myself and saw that I needed to improve my personality.”

The semi-final was not like most of their previous games this season, in which opponents had been nullified by the plan and forced to play how the Verdiblancos wanted.

The Vallecas-based side took to the pitch 0-1 down on aggregate thanks to a wonderful goal from William Carvalho, who pushed the ball between Alejandro Catena’s legs on the edge of the box like a nonchalant parent who secretly lets their child win at the bowling alley and slotted it away to gave Betis a slim lead for the home leg.

Back at Betis, the stadium welcomed the two teams with a show of thousands of cardboard cutouts in the shape of the club badge, one continuous wall of pointy, green triangles like the overlapping scales down a lizard’s back, roaring in an equally prehistoric manner.

Juanmi’s chance came early on, a header that was saved by Luca Zidane before Willian Jose tested the Rayo ‘keeper again with a firm volley from inside the box. But it was Bebe – yes, that one – who would give Rayo the lead with an extraordinary free-kick from distance. For once, Betis didn’t have the game all their own way.

When Joaquin took the ball down and burst away from Bebe in the way he always does, in the way that makes you seriously doubt the authenticity of his birth certificate, the crowd dared to stand up. A pass was fed through the lines to Nabil Fekir, who left it for his No.10 partner, Sergio Canales.

The ex-Real Madrid man slid on the floor and poked the ball diagonally to the far post, where Borja ‘The Panda’ Iglesias was there to complete the winning move from Betis’ four most important first-team players.

Spanish has many ways to describe beautiful players: some are labelled as genies or aces: ‘un genio’ or ‘un crack’; if they’re really good they are ‘la hostia’, literally the holy bread. Sergio Canales and Nabil Fekir are all three.

If he wasn’t already a forgotten experiment from a decade ago, Canales’ photoshopped face would be printed over the sports newspapers dressed in Real Madrid clobber from head to toe.

Fekir – the most fouled player in the league – has danced around the pitches of Spain since 2019 and most of the time this season even calling him the holy bread has not been enough, his flair and spark something that simply makes Spaniards rub their fingers and thumbs together while purring like cats. 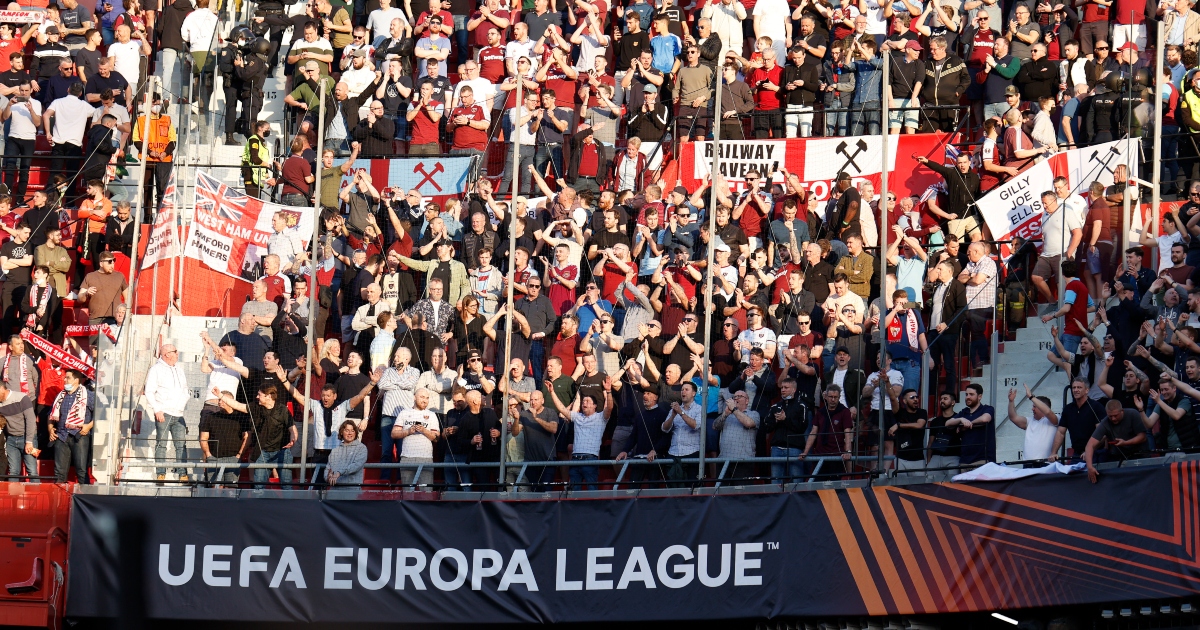 Seville is divided in two. Europe’s hottest city is split right down the middle; you are either red and white or green and white, Sevilla or Betis; there is nobody born in Seville who chooses – or is allowed to choose – Real Madrid or Barcelona.

This is the city of El Gran Derbi, Spain’s most passionate rivalry. It is the city where the stereotypes come to life, everything you think of when someone mentions Spain: flamenco; loud, passionate locals; relentless sun.

Sevilla have won the Europa League a record six times; Betis have more season ticket holders. Wherever you go in Spain, a Betico is not far away.

They have a bigger stadium too, an eye-watering capacity of 60,000 blows away Sevilla’s not insignificant 43,000.

They both have one league title in their trophy cabinets, but Sevilla’s five Copas del Rey and six Europa League titles outshine Betis’ modest two cup triumphs and a host of second-division winners’ medals.

But the debate is permanently in flux. Betis knocked their rivals out of this years’ cup before dispatching Rayo and will face Valencia in April. They also have the still-realistic prospect of playing in the Europa League final this season in Seville’s third – and worst – stadium: La Cartuja, which the Spanish national team have (unfortunately) agreed to use as their own unofficial version of Wembley.

Betis lost the first leg of their last-16 tie with Eintracht Frankfurt 2-1. But with the home leg on Thursday, they could well turn it around.

Joaquin, Mr Real Betis, turned 40 in July, and this season will be his last. The send-off for him will be the Copa del Rey final, the first for the club since 2005. He was there for that one, too.

The last time they won a trophy it was the year of his wedding, where the cup made an appearance at the altar. Before that, it was in the dressing room, along with Joaquin, where the only thing missing were his clothes.

The winger is the lifeblood of the club and all that is great about Betis: that gaditano accent, the instantly recognisable smile, the chicken hypnosis (yes, really) and, of course, the jokes.

Whatever happens this season it will be seen as a success for him and for the club, the only thing that could change is how much of a memorable year can be moulded into physical mementoes that can be carried around the city on an open-top bus.

But if anyone can do it through hard work, brilliant football and a lot of fun, it is Real Betis Balompie.

Denílson: From the world’s most expensive player to snubbed by Bolton