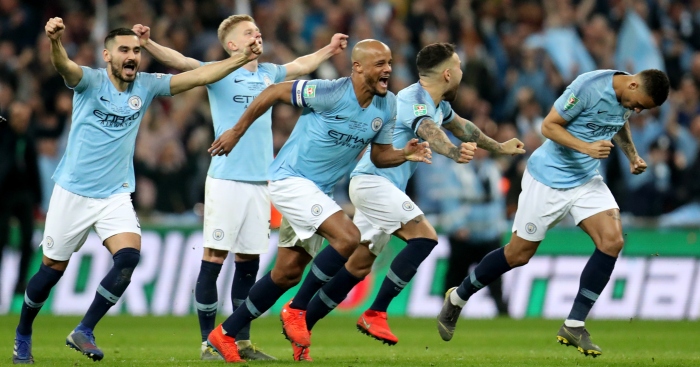 Richard Dunne says Manchester City‘s owners have already created a legacy that ensures the club will continue to be successful long after they have moved on.

Dunne was a key player at City at a time when Sheikh Mansour Bin Zayed Al Nahyan acquired a club that had finished ninth in the Premier League the previous season and was without a trophy in 32 seasons.

Eleven years on from that momentous day in City’s history, they have three Premier League titles and a growing collection of domestic cup wins added to their record, but Dunne certainly does not believe their route to success should be frowned upon.

“I don’t think anyone should have a problem with the way City have built their success in recent years,” Dunne told us at a BT Sport event.

“The club was very fortunate to get owners who have a lot of money to invest and some real ambition, but they have done nothing wrong.

“Blackburn won the Premier League back in 1995 at a time when they had more money than anyone else and Chelsea and City have followed that up by taking things to a new level.

“These owners have been brilliant at reshaping the club so that it is ready to compete with the best teams in Europe and almost generating a whole town with the Etihad Campus and incredible training facility that is as good as any in world football.

“What they have put into the background of the club to build it to where it is now has been amazing and even if they are not there in 10 years time, the way it has been set up now means it could almost run itself.

“City have been the perfect model for a club looking to break into the top level of the European game. They have an amazing set-up that should ensure City are at the top of the game for years to come.

“If you are lucky to get all that money coming into a club, you want it to leave a legacy and that is what these owners have done for Manchester City.

“Maybe someone will come into another club in the near future with even more money and take it to a level ahead of Manchester City as that is the way this game is going now.”

Dunne went on to reflect on his time at City, recalling the takeover that changed the club’s image forever.

“We were basically a yo-yo club when I went to City and the ambition may be trying to sneak into what is now the Europa League, but all that changed overnight in the summer of 2008,” he says.

“We went down two divisions, got back up again and didn’t really have the kind of stability on or off the field you would be looking for, so it was a huge culture shock to see the club transformed when the new owners came in.

“Over a period of time, we stabilised ourselves as a mid-table Premier League team and that was as good as Man City have had for a long period.

“To be secure in the top division and have a foothold in that league was an achievement, but then everything was transformed overnight.

“I remember coming back from an international break with Ireland and we had been bought out by owners with massive ambition.

“At that point, you are not quite sure where they will take the club and while we saw what was possible after Roman Abramovich took over at Chelsea, you can’t judge what owners will do until they are given time to get the club moving in the direction they want.

“Obviously, we can now all see that these owners meant business from day one and they have sustained that investment and ambition ever since.

“The interest in Manchester City just exploded overnight. Suddenly, we were being called the richest club in the world and we were being linked with the best players at all the top clubs and it was kind of surreal.

“This was a club happy to finish mid-table in the Premier League that was suddenly changing their ambition and talking about winning the Champions League.

“It took some time to get used to this new reality. It was a different mentality to what we had been used to and that is continuing to this day.”