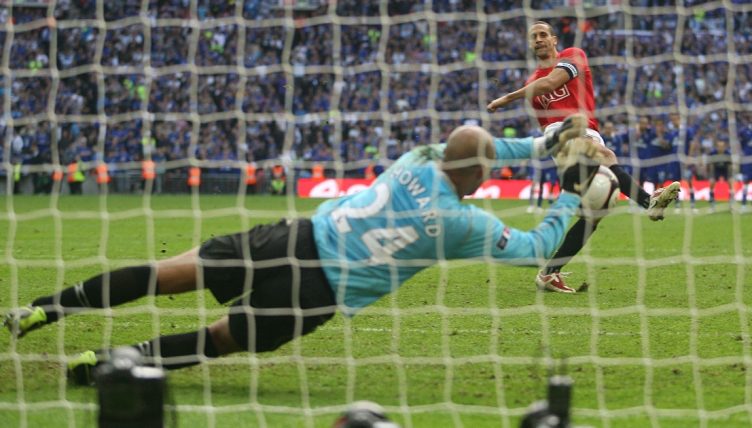 During his 12 years at Manchester United, Rio Ferdinand won six Premier League titles, the Champions League and two League Cups. But it’s the trophies he didn’t win that he thinks about most.

Ferdinand’s haul would be the envy of most players, but having been part of a United team which dominated domestically, the former England captain hugely regrets the fact he was never able to lift the FA Cup and that he won only one of the three Champions League finals he played in.

Even now, Ferdinand says he is so focused on the failures that he is unable to appreciate his many achievements.

“My problem has not been thinking about the good times – and there were plenty of those at Manchester United – but sitting back and feeling gutted about the finals I lost, what I should have won.

“I think to myself at times, I can’t believe we didn’t win that one, we should have won this. How the hell did we lose that 2009 FA Cup semi-final against Everton? That is one that I still think about quite a lot. It drives me crazy we lost that game. We should never have lost that.

“The two Champions League finals against Barcelona (2009, 2011), I’d love to have won at least one of them and then there is that FA Cup final against Arsenal (2005) we should have won, easily.

“How did we lose that? Unbelievable. We had enough chances to beat them easily and then they won on penalties. You think about that, even now. 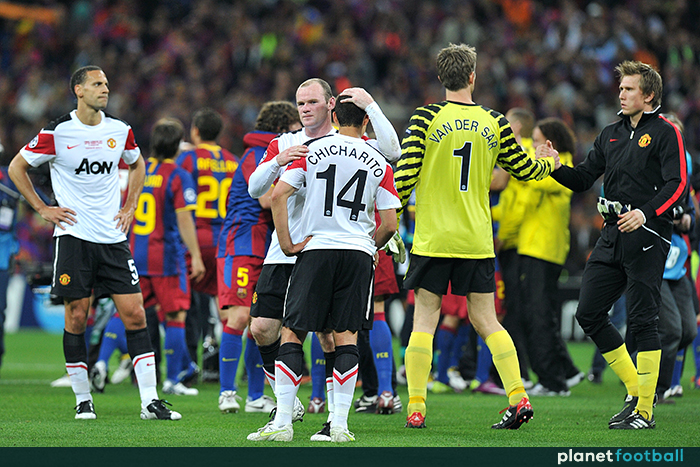 “It is strange that I worry about this now I suppose, but that’s the reality. I’m not playing any more and I don’t understand it, but it still kills me thinking about what we should have won because those trophies were there for the taking.

“Anyone who has been successful in sport always wants more. My desire was never diminished for me when we won things.

“We got to two more Champions League finals quickly after winning the competition in 2008 and that shows it, but we didn’t win those finals against Barcelona and that sticks with me.

“I achieved a lot and I thought that by now I’d be thinking about that and looking back on it, but I’ve not had time to reflect on what I’ve done.

“My medals are in a box at home. I don’t look at them too much. It’s not what I want to do right now, but I should have more medals in there without a doubt.”

Ferdinand stayed at Old Trafford for a further season following Ferguson’s departure, but there was certainly no danger of him adding another title to his collection in what turned out to be a disastrous season.

“We finished 11 points clear and won the league pretty easily in Alex Ferguson’s final year as manager, so to finish seventh the next season was a massive shock to everyone,” Ferdinand says.

“It was the same players, but we were not used to being in that position. It wasn’t just a David Moyes problem, it was a collective thing. There were things that could have been done differently with the manager, but it wasn’t to be for him at United.

“The relationship between David Gill (chief executive) and Alex Ferguson was vital to United’s success, and both of them left at the same time. That was crucial to unsettling everything at all levels of the club.

“It has taken some time for that to settle down and that is natural when you have had a great manager like Alex Ferguson winning things at that club for so many years.”

And Ferdinand is in little doubt as to why United were so successful under Ferguson.

“His best quality was getting the best out of players,” he says. “He was a master of psychology and had an amazing ability to get motivated straight away when he won a big trophy.

“He was thinking about the next title the minute he got his hands on the trophy and that mentality ran through the club.”

Ferdinand has not ruled out going into management himself at some stage, but it’s certainly not something he is looking to do any time soon – and not something he would advise any recently-retired player to rush into.

“If I was not working for BT Sport, I would be sat in front of my TV arguing with my mates about what was going on in the game, so why not do it in a studio with a few cameras pointing at me,” he says.

“I love doing this work and still get excited when a new season comes around. 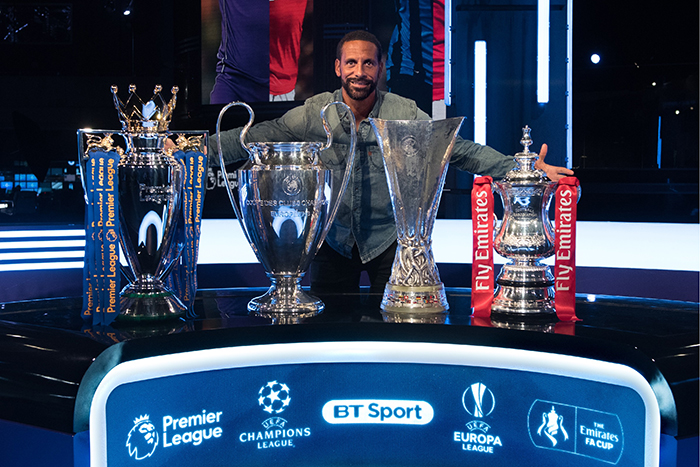 “There may be a day when I decide to have a go at management or coaching, but that day has not come yet and from my perspective, people who stop playing and go straight into management are asking a lot of themselves.

“You need to take a step back when you retire from the game. Going straight into coaching or management is not a good thing to do in my mind.

“You need to look at the game from the outside and then if the time is right and the opportunity is right, maybe it is something I would look at.”

This interview was originally published in November 2018.