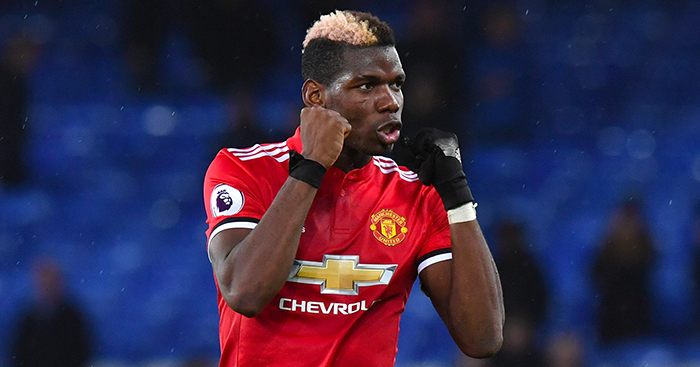 Paul Pogba and Jose Mourinho have both come in for criticism recently, but Rio Ferdinand believes both are absolutely the right people for Manchester United.

United fell even further behind Manchester City at the top of the Premier League over Christmas, drawing three games in a row against Leicester City, Burnley and Southampton.

Pogba was used in a midfield two in each of those games but was criticised by Paul Scholes after the last of those three draws, 0-0 against Southampton at Old Trafford, with the former United midfielder saying the Frenchman “doesn’t look like a player who will win you games”.

However, Mourinho switched to a midfield three and gave Pogba more freedom to get forward at Everton on New Year’s Day, and the club’s record signing duly responded with two assists in a 2-0 win.

Ferdinand believes people are wrong to get hung up on what Pogba cost and says, rather than being a problem, the 24-year-old’s social media activity and his other off-field activities was part of what made signing him an easy decision for United.

“It doesn’t matter what anyone says about the fee United paid for Paul Pogba because that is the going rate and the money Man Utd bring in from a variety of sources means they can justify that kind of transfer,” Ferdinand says. 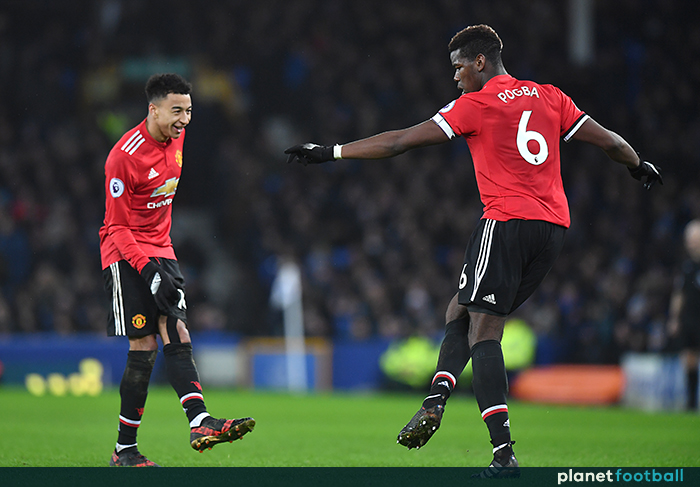 “It wasn’t long ago that people said they were not spending enough, so I say go with it and sign players like Pogba whatever it costs.

“You are investing in massive potential here. This guy could be the best midfielder in world football for the next 10 years and if he was to spend those years at United, then it will be a good investment.

“What you have to remember is football clubs look at a transfer like this on a variety of levels now. First of all, he has to be a good player, but they also weigh up whether he guy they are spending all this money on can enhance their brand.

“When I got into social media a few years ago, everyone thought I was a bit weird, but it is everywhere now and United will look at the kind of following he has on his Twitter and Instagram accounts and they will want a bit of that.

“Pogba is a brand in his own right now and that will have encouraged United to get him. He is also a great player so it will make sense all round from their perspective.

“I was at United when Pogba was there first time around and he is a kid who will need to be handled correctly. He is a bit of an extrovert off the field and doesn’t always do things in a conventional fashion, but there is nothing wrong with that if he is producing the goods on the pitch.”

Mourinho has also faced renewed criticism recently, with his tactics, style of play and the way in which he handles himself in the media all facing scrutiny at a time when his old foe Pep Guardiola sits comfortably at the top of the Premier League with Manchester City.

Ferdinand acknowledges the Portuguese needs to deliver silverware every season to keep fans onside, but the BT Sport pundit believes he is exactly the right man for the job.

“I know he has his critics, but I would have loved it if Mourinho was the man to come in and replace Alex Ferguson when he retired,” Ferdinand says.

“It is all ifs, buts and maybes, but this guy has the right personality for a club as big as United and, as we all know, this is the job he has been after for a long time.

“What we have seen since Sir Alex Ferguson retired is that a manager is vitally important to the direction of any club. He has to drive the team, push them to do the right things and everything associated with the club evolved around him.

“He has to get a positive and message across that will hopefully produce success, but he needs to win trophies every season at a club like United.

“That’s what the club expects now after the Alex Ferguson years and Mourinho knows that. When you spend big, when you are manager of United, you have to win the big trophies.”

With the Premier League now seemingly out of reach and United exiting the League Cup to Bristol City last month, the FA Cup and Champions League appear to be Mourinho’s only remaining chances to add to the two trophies he won in his first season at Old Trafford.

There are conflicting reports regarding the future of the former Chelsea boss, but whatever happens on the pitch, Ferdinand expects Mourinho to retain the backing of his squad so long as he is at Old Trafford.

“Mourinho is a proven winner and he has been well received by the players,” he says. “You speak to people at the club and they like what Mourinho and his staff are doing on the training ground.

“It feels as if the players feel a freedom that has not been there over the last couple of years under Louis van Gaal. Everything was very rigid and regimented under the previous manager, but all that has changed now.”