Rising Stars: No surprise to see Real and Barca on trail of Theo Hernandez 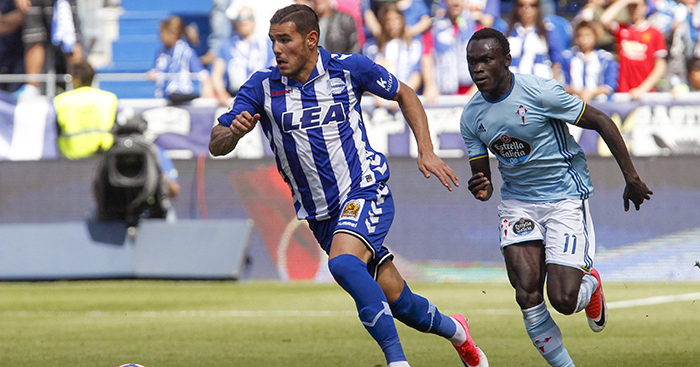 Theo Hernandez is only just coming to the end of his first full season in La Liga on loan at Alavés from Atletico Madrid, yet Real Madrid and Barcelona are already circling. It’s no surprise.

Theo Hernandez has been the revelation of this La Liga season. There can be no argument.

Valencia’s young midfielder Carlos Soler has impressed, as have Real Madrid-owned pair Marcos Llorente and Marco Asensio, but the sight of Theo galloping down the wing with such pace and power has been unparalleled.

His father, Jean-Francois Hernandez, played 14 games for Atletico Madrid in the 2000-2001 campaign, but the 48-year-old is set to give his greatest gift to the club after his retirement. Theo and his brother, Lucas, are two of the finest players Diego Simeone has watched make the transition from youth football into La Liga.

Unfortunately for the young brothers, Filipe Luis’ presence as a key member of Atletico’s line-up at left-back has hindered their chances, as left-footed defenders, to make a really telling first-team impact so early into their promising careers.

Lucas, 21, who plays mainly at centre-back, has still managed 21 appearances as a rotation option this season, but Theo took advantage of the opportunity to move away from the club for this campaign, joining Alavés on a season-long loan.

It was the break the 19-year-old had been looking for. Playing in the Tercera division with Atletico’s B team previously, and yet to make his debut for the Atleti first team, a loan move to a La Liga club was a no-brainer.

Upon signing him, the newly-promoted side championed the “youth and self-confidence” that the France Under-19 international would bring to the table for Mauricio Pellegrino’s side – and their initial appraisal has since proved accurate. 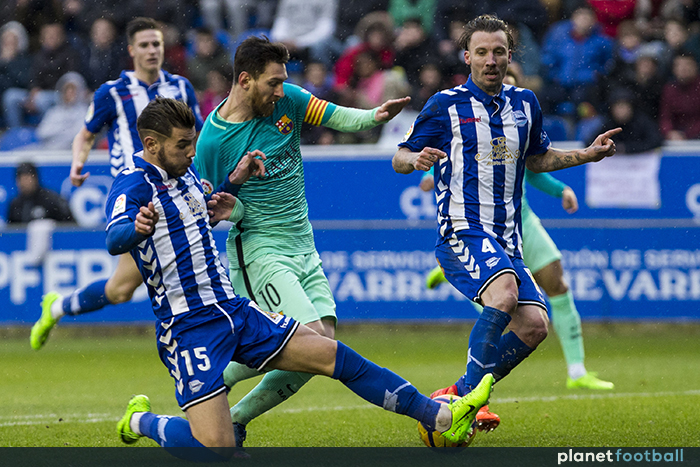 One of four loan signings that have benefitted from plenty of game time at Mendizorroza, Theo’s future is far more certain than that of the club he has spent the last 10 months at.

While El Glorioso could struggle next year without the likes of Marcos Llorente, Deyverson, Victor Camarasa and Theo himself, the latter’s next step will be undoubtedly forward. To make a two-division jump and acclimatise so easily is testament to his ability.

But while 60 years ago Antonio and Enrique Collar pulled on Atletico Madrid’s shirts and took to the field as, quite literally, brothers, it is not certain that Theo and Lucas will ever do the same.

Theo has a taste of what it means to be a first-team regular from his time spent at Alavés, and his release clause of 24 million euros is far too low for any of the biggest clubs in the world to ignore.

His agent, Manolo Garcia Quilon, says both Real Madrid and Barcelona have made “concrete offers above his release clause”.

In his first full season as a first-team player, Theo has already had the front page of capital-based newspaper Marca dedicated to Real’s interest in him – he has well and truly caught people’s imagination.

However, Atleti captain Diego Godin has warned against such a move. “Theo has had a great year. It is clear that I wouldn’t like it if Theo went to Real Madrid. He’s still a kid,” he told Cadena SER about the rumours.

Theo will surely realise he will not be able to usurp Marcelo immediately should he gamble on a switch to Atleti’s fiercest rivals. It may be too soon for him to make such a jump.

He has the talent and physical stature to be a success wherever he desires, but to play second-fiddle to arguably the best left-back in the world for the next few years could harm rather than help his development.

However, there’s no doubt the 19-year-old will make it to the very top. He is the true embodiment of the modern full-back.

He is the athletic specimen, coupled with sufficient technical ability, that moulds together so desirably in the contemporary game. Cristiano Ronaldo and Gareth Bale are two high-profile examples of the heights that athleticism and explosive power can take you to with the right attitude and dedication.

A comparison exists in Spain between Theo and Gareth Bale for a reason. Both started their careers at left-back, but there is the obvious possibility of Theo moving further forward to have a barnstorming effect in the final third, just as Bale did. 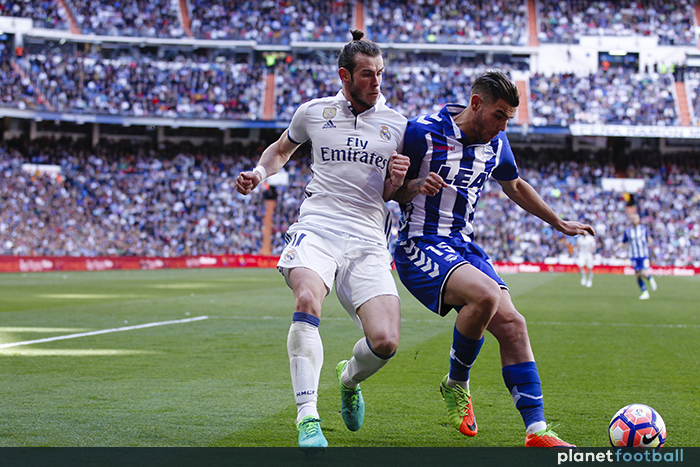 Standing at 6”1, with a well-built frame, Theo is already well-equipped for the rigours of top-flight football.

His biggest asset is undoubtedly his pace – his blistering acceleration has resulted in even some the league’s best right-backs resorting to cynical tactics to stop him in his tracks.

He has made 32 La Liga appearances this season and recently scored his first professional goal with a thunderbolt against Athletic Bilbao. He has the Copa del Rey final against Barcelona still to come at the end of May. This has been a campaign of firsts.

Whether Theo chooses to remain at Atletico or seek pastures new, he will excel. He has the self-belief and ability to make a success of whatever he does next.