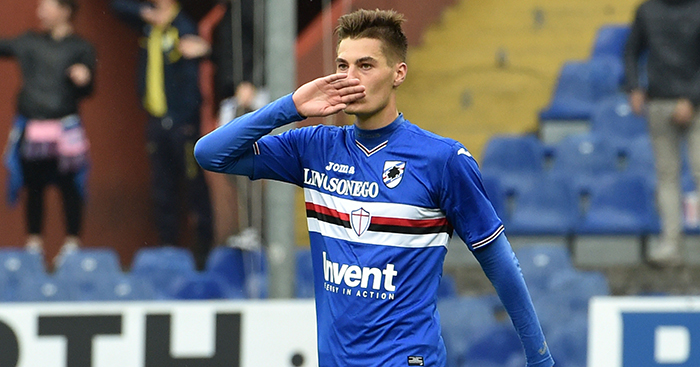 Sampdoria striker Patrik Schick has been linked with a host of top clubs around Europe recently – and frankly it’s no wonder.

There was no doubt as to the game of the weekend in Serie A as far as goalmouth action was concerned, with Lazio and Sampdoria playing out a 10-goal thriller.

And the hosts’ 7-3 victory was a scoreline that came about despite the Stadio Olimpico crowd being deprived of one of the in-form forwards in Italy at the moment.

When Samp were reduced to 10-men following the 18th-minute dismissal of Milan Skriniar it was no surprise that Marco Giampaolo sacrificed a striker in order to bring on another centre-back.

The surprise was that Patrik Schick was the man substituted given the form of the Czech striker, which has seen him linked with a whole hosts of top clubs across the continent.

The striker only turned 21 at the start of this year but already has an impressive portfolio of goals to his name in Serie A since his arrival last summer, with his league tally at 11 despite only starting the same number of games. 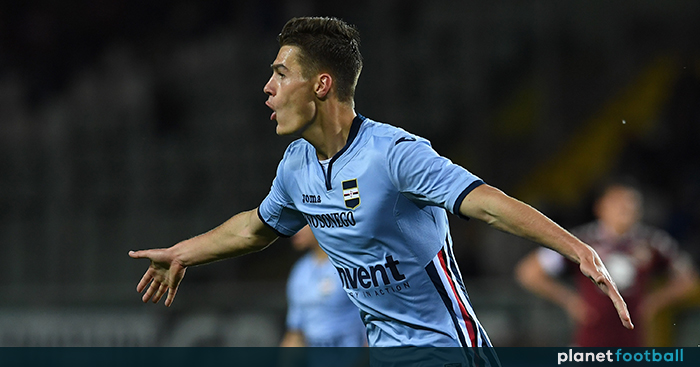 It’s only really since the turn of the year that Schick has established himself as a first-team regular after all, with the youngster admitting he struggled to adapt initially.

“They play a totally different game here to the one in the Czech Republic. It is more tactical and technical and also faster,” Schick told Tuttosport.

“In my first two months I struggled to integrate with the squad, but now I feel better in every sense. I think and act much faster.”

His first goal for the club, coming in his first start and at the Juventus Stadium no less, certainly wasn’t one of a striker struggling for confidence or over-analysing things.

It may only have proved a consolation in a 4-1 defeat to The Old Lady, but Schick’s sweeping first time finish with his now increasingly famed left foot was a glimpse of things to come.

That said, his manager was clearly keen to integrate the young Czech gradually, as he would play just 129 minutes of action in Serie A from that strike in Turin at the end of October right up until the winter break, despite netting another three goals in that time.

His powerful hit from distance against Lazio was one to savour, before an impressive header across goal from a tight angle against Chievo in the following match proved that the youngster’s game wasn’t all about that lethal left boot.

His impressive strike rate from such minimal playing time saw the striker rewarded when league action resumed in the New Year, but it wasn’t until he was relegated back to the bench at the end of January – two days after his 21st birthday – that Schick would be back among the goals.

Introduced with 21 minutes remaining with Samp trailing Roma, the former Sparta Prague striker had levelled within two minutes before the team completed a memorable comeback victory.

The goal was another that really showed off Schick’s ability, bringing the ball down on his chest under pressure in the box before holding off his marker and slotting home with his weaker right foot.

With another two strikes from the bench in wins over Bologna and Pescara, the Czech was building a reputation as a super sub, taking his tally to seven for the season – the last six of which had come in cameo outings. It’s a tally that only Freiburg’s Nils Petersen betters in Europe’s top five leagues to this day. 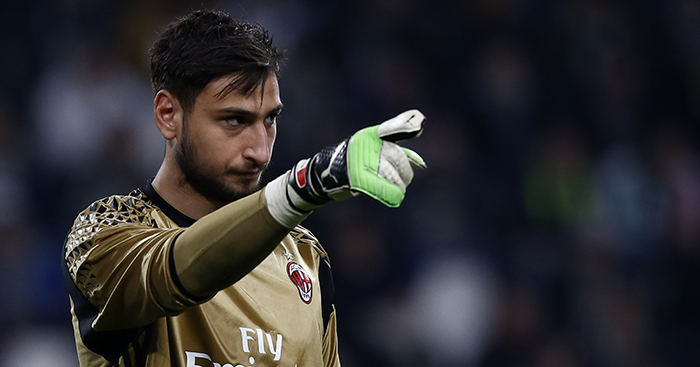 However, Schick still had work to do to convince Giampaolo that he could lead the line from the start in matches.

It wasn’t until the beginning of April against Inter that he would earn his sixth start, but another goal in another memorable win ensured the 21-year old was garnering yet another reputation – one of a player who wasn’t fazed by the opposition having added the Nerazzurri to scalps of Juve, Lazio and Roma.

While the goal against the former was perhaps his least memorable, it was enough to convince his manager that he deserved a run in the team, and he’s certainly repaid that faith. Schick’s goal against Sassuolo was a comical one, deflected in off his back from outside of the box, but there was no fortune to what followed.

The youngster’s sublime solo goal against Crotone, likened to that of Dennis Bergkamp against Newcastle having flicked the ball round his marker before opening his body up to coolly slot past the keeper will go down as one of the best of the season.

A first-time hit from distance that bent into Joe Hart’s top corner the following week at Torino wasn’t bad either.

The latter was not only his 11th goal of the Serie A season but the 11th game in which he had scored – only seven players have netted in more. His strike rate of a goal every 112.5 minutes ranks higher still in fifth, and above the likes of Mauro Icardi, who has scored more than twice as many (24).

The variety of his strikes mentioned have been a standout too. Three have come from distance, two from inside the six-yard box. He’s scored with his head and his weaker foot, but it’s that trusty left (8 goals) that has drawn the plaudits, and quite right too.

He’s not just a clinical finisher with it either, looking to drift to the right and cut inside onto his favoured boot but also able to beat a man with impressive close control and skill.

A successful dribble every 45.8 minutes is a notable return, and one that he is able to attain thanks to enviable if not searing pace and strength for a player that uses a relatively wiry frame to his advantage. 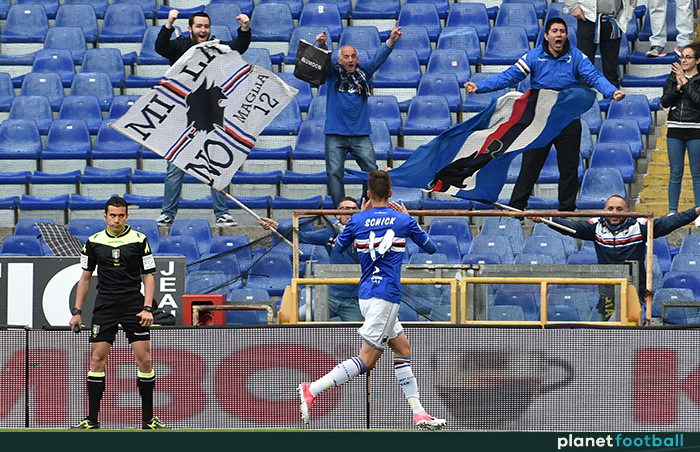 There’s little that he can’t do it seems, and that’s the reason that so many scouts are watching Schick week in week out, with the upper echelons of the Premier League keeping a watchful eye.

The only team in the top six that hasn’t really been touted with an interest is Manchester City, with the likes of Tottenham, Arsenal and Chelsea all reported to be in hot pursuit of an unearthed gem that would surely see Samp recoup a healthy profit from the meagre £3million they spent last year should they cash in.

Their interest certainly isn’t, though, and nor should it be.

At just 21 the Czech international already boasts outstanding figures. A conversion rate of 28.9% is enough to lead the way of the 26 players to reach double figures in Serie A, while placing fifth of 102 in Europe’s top 5 leagues.

There’s an icy cool head on the young shoulders of a striker that Sampdoria have been keen to keep under wraps, and understandably so.

There’s no hiding a player of such talent, though, and wherever Schick ends up he seems certain to make a name for himself.