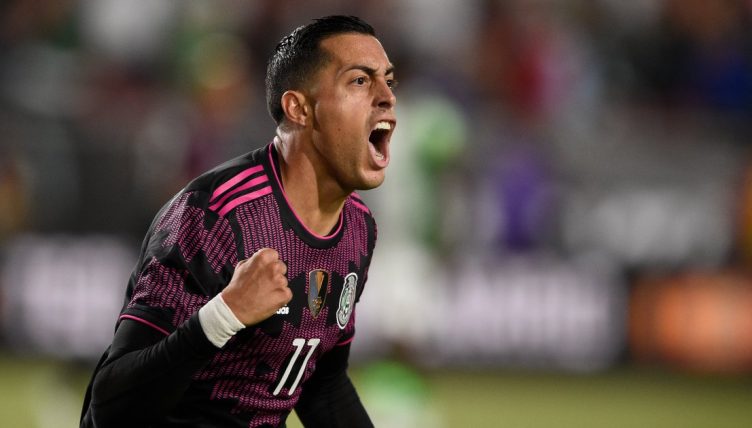 That they ‘flopped’ in Europe is a charge often levelled against South American players who try their luck on the Old Continent but, for whatever reason, do not stick.

It is a charge that could quite easily be levelled at the magnificent Argentina-born Mexico striker Rogelio Funes Mori.

A season at Benfica, in 2013-14, when Funes Mori was 23, brought two first-team appearances. The following campaign, he was loaned out to Eskisehirspor in the Turkish second tier and scored just eight times in 29 league games – hardly the return you’d expect of a supposedly elite marksman in a third-rate league.

And those two campaigns were the the sum total of Funes Mori’s European football career. Two years after they’d brought him in from River Plate, Benfica shipped him off to Mexico. A flop? Bloody well sounds like one.

But does footballing success only occur in Europe’s elite leagues? Must it come immediately and right under our noses? Ask Rogelio Funes Mori and his legion of fans in the city of Monterrey, where he has played for the last six years, and the answer will be unerring.

Funes Mori has experienced many of football’s facets and now, having made his international debut aged 30 in July 2021, he is coming into the sweet spot of his career – a career that has taken him on an odd and winding path that could soon lead to glory as his adopted nation fight it out for the Gold Cup in the USA, with a semi-final against Canada to come on Thursday night.

If the surname sounds familiar, that is because Funes Mori’s identical twin Ramiro previously played centre-back for Everton and Villarreal and has 24 caps for Argentina, the land of the twins’ birth.

The pair are the offspring of Miguel Ruperto Funes, who played for several semi-professional clubs in the city of Mendoza in the 1980s. They were brought up in the city until the age of 10, when, motivated by a financial crash, their parents moved to Arlington, Texas.

In a 2008 letter to Argentinian football magazine El Grafico, his mother recalled: “My husband’s self-imposed condition was that they didn’t quit learning football, or, as they call it in the US, soccer.”

It was in the US, through a now-extinct reality TV show, that the twins got their break. After starring at school level, Rogelio and Ramiro put themselves forward for the 2008 edition of ‘Sueno MLS’, a show that gave young, usually Latino American hopefuls the chance to win a pro contract at an MLS franchise.

Rogelio, a lanky, technically able striker, batted back competition from 2,000 other teenage boys and earned his shot with FC Dallas. “This is an immense honour for me, and something I have always dreamed of,” he said at the time. “FC Dallas is a team with world-class players. I can’t wait to learn from them and continue improving.”

Not only did he get in, Rogelio also took his twin brother with him. But the American dream didn’t last. Rogelio was not offered the deal that had been promised to the Sueno winner and in 2009, after a trial at Chelsea came to nothing, River Plate pounced, repatriating the twins to play at one of the nation’s giant clubs.

Rogelio’s impact on the first team was immediate and he was linked to Manchester City, Manchester United, Juventus and Atletico Madrid. A move did not materialise at that moment, however, and Rogelio stayed as River were relegated to the second tier for the first time, playing alongside David Trezeguet and helping River back into the Primera Division.

A season later, Benfica made a decisive approach for the forward nicknamed ‘the Yankee’.

At that point, Rogelio and Ramiro’s paths diverged for the first time. Ramiro stayed at River and went on to win the Argentinian title, a Copa Sudamericana and the Libertadores in 2014 and 2015, while Rogelio struggled in Europe. As Rogelio was being discarded by Benfica in 2015, Ramiro was earning his first international caps and his own big-money move to Everton.

Yet despite a decent first season, Ramiro’s stint on Merseyside was interrupted by erratic form and injuries, while Rogelio took to his new home like a duck to water. He was signed up by Mexican powerhouse Monterrey and, finally, the goals started to flow.

Eleven in his first Apertura tournament saw him finish joint fourth in the top-scorer standings alongside Andre-Pierre Gignac, who had just signed for Monterrey’s rivals Tigres UANL.

The trophies took longer to come, but eventually Funes Mori won his first with Monterrey in the 2017 Copa MX Apertura. That year, though, was stained by a dramatic Liga MX final loss to Tigres.

League success finally arrived in 2019 though, on the watch of manager Diego Alonso. In a golden year, Monterrey won first the Concacaf Champions League, getting revenge over Tigres in the final, then the Liga MX, beating Club America on penalties with Funes Mori scoring in both legs and converting his spot-kick. At the Club World Cup in December, Funes Mori even managed a goal in the Rayado’s semi-final loss to Liverpool.

Another Copa MX followed in 2020 and in April 2021 Funes Mori scored his 122nd Monterrey goal to become the club’s all-time top-scorer. With 34 assists as well, he averages a goal contribution every 122 minutes across six seasons.

It is not just the numbers that Funes Mori has going for him, though. As his former coach Alonso said, Funes Mori “is important in the way the team gels, he helps the functioning [of the attack]”. He’s also capable of the absolutely outrageous, winning two Goal of the Season awards and scoring with long-range wonderstrikes, backheels, mazy dribbles and acrobatic efforts, one of which took Monterrey’s Liga MX final against Club America to penalties.

Yet even with his exceptional record in Mexico, Rogelio was not offered a chance to feature in blue and white alongside Ramiro and add to his single Argentina cap, which came in a friendly in 2012.

Come 2021, then, he opted to take Mexican citizenship at the behest of the Argentinian Mexico manager Tata Martino, who, with Raul Jimenez still not fit and Javier Hernandez barred from the squad for disciplinary reasons, promised Funes Mori a place in El Tri’s Gold Cup squad.

Funes Mori is the eighth naturalised Argentinian to pull on the green shirt, yet the reaction to his inclusion has not been universally positive. Ex-Mexico forward Luis Hernandez was very clear on Twitter that he preferred the Mexico-born Henry Martin to a “foreigner” and legendary Brazilian-Mexican manager Tuca Ferrretti told ESPN: “A country’s national team should consist of people who were born in that country.”

But Martino and Funes Mori were not put off and the Monterrey man started up front for Mexico in the warm-up friendly with Nigeria in June. Four minutes into his debut, he found the net and hasn’t looked back, dominating Mexico’s second Gold Cup group game against Guatemala and grabbing two goals, including a delightful first.

He added another in their 3-0 quarter-final victory over Honduras, but the big tests lie ahead. On Thursday night, Mexico play Canada in the semi-final. Fittingly, the game is in Texas, back where Funes Mori’s wild ride began. Win that, and El Tri will face either the hosts or guest nation Qatar for the North American champion’s crown.

Ramiro Funes Mori’s career, until now at least, would be deemed more successful by most. A Libertadores and Argentinian title, six years in top European leagues and a World Cup with Argentina in 2018. But this summer, having been plagued by injuries, he is moving to Al-Nassr in the Saudi Premier League while Rogelio is in the form of his life and gunning for a major international trophy.

Success comes in many forms and is found by different people – or in this case, quite similar people – in different places. It may have taken time and come away from the bright lights of Europe’s top five leagues, but Rogelio Funes Mori is certainly getting his.